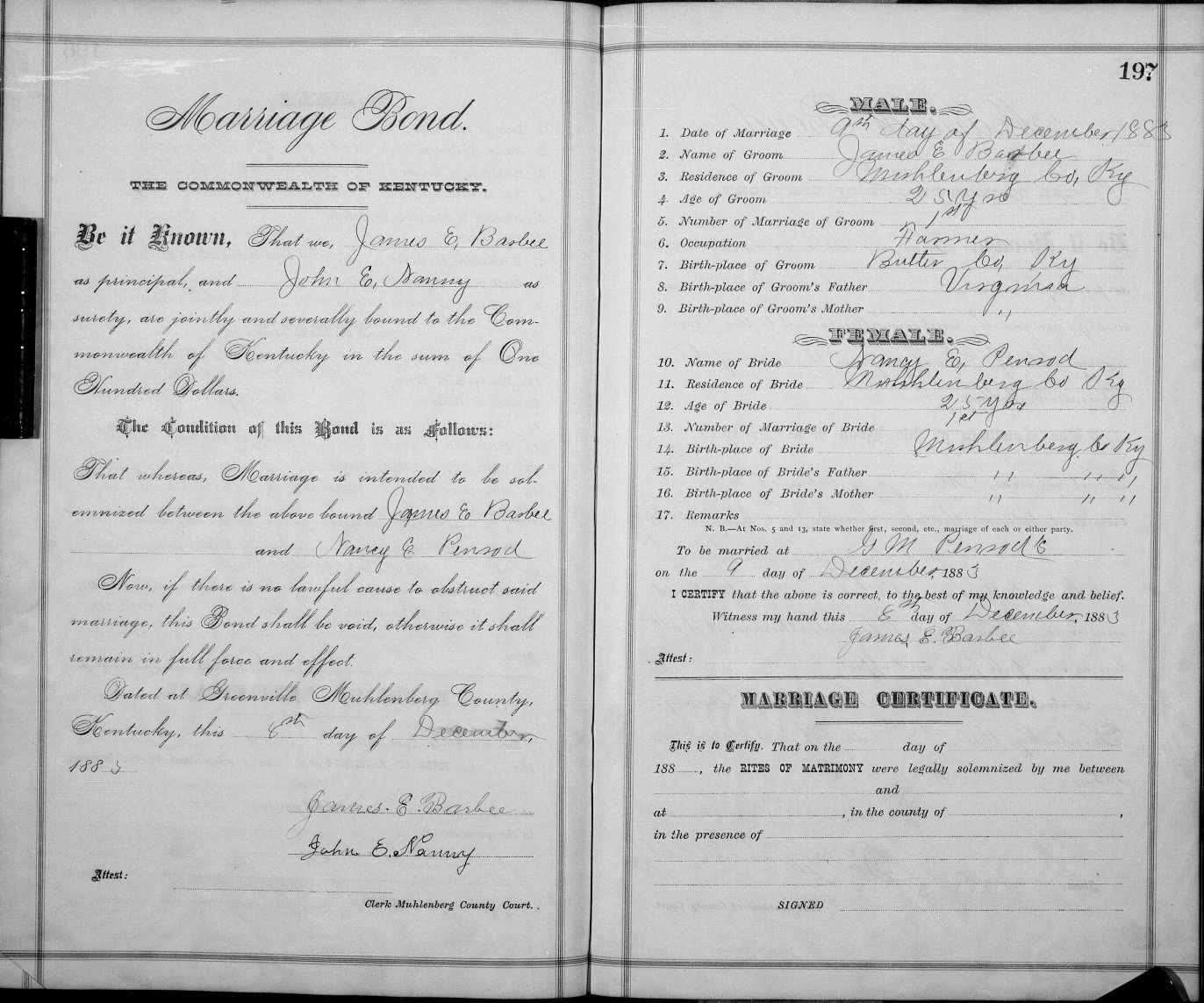 BARBEE.--James E. Barbee was orn on February 28, 1858, at Quality, in Butler County, and died at the same place on June 27, 1938. At the age of twenty-one he married Nancy Elizabeth Penrod. She died nine years ago. They had no children. Brother Barbee became a Christian when about sixteen years of age and was faithful till death. Soon after he obeyed the gospel he, together with the late J. C. Forgy, began conducting prayer meetings and taking part in the public services generally. From this he soon grew into a preacher of the gospel, and for more than sixty years he preached the word faithfully. He carried on farming operations, and preached wherever opportunity presented itself, regardless of whether he received a remuneration or not. When the wave of digression struck Kentucky, he stood firmly for the "old paths." He was a lifelong reader of the Gospel Advocate. Soon after Brother Barbee married he settled in Muhlenberg County, Ky., where he re sided till the death of his wife, when he returned to the community of his birth, Quality, where he spent the rest of his days. His funeral was conducted by the writer before a crowd of friends and brethren. His body was laid to rest in the little churchyard at Quality, Ky.-ALLEN PHY.

The church of Christ at Quality, Kentucky is located in the western edge of Butler County on Hwy. 106. From Hwy, 431, Lewisburg, Logan county, head northeast about 10 miles on Hwy. 106 and the church building/cemetery is on the left. From Bowling Green, head NW on Hwy 231 toward Hadley. Just before getting into town turn left on Hwy. 626, (Jackson Bridge Rd.) Go about 15 miles to Quality. Church is located on Hwy. 106.

While in the cemetery, be sure to visit three other restoration preachers, John C. Forgy, Thomas J. Forgy and George T. Fuller. 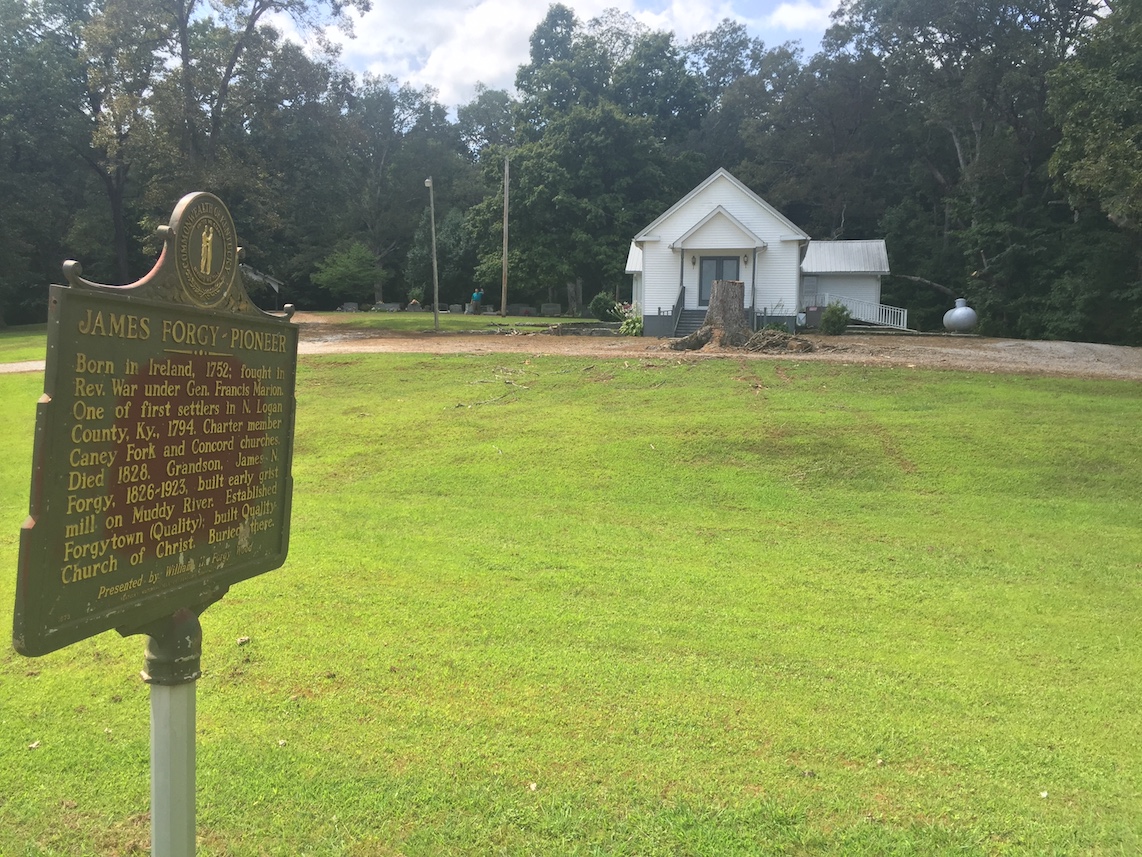 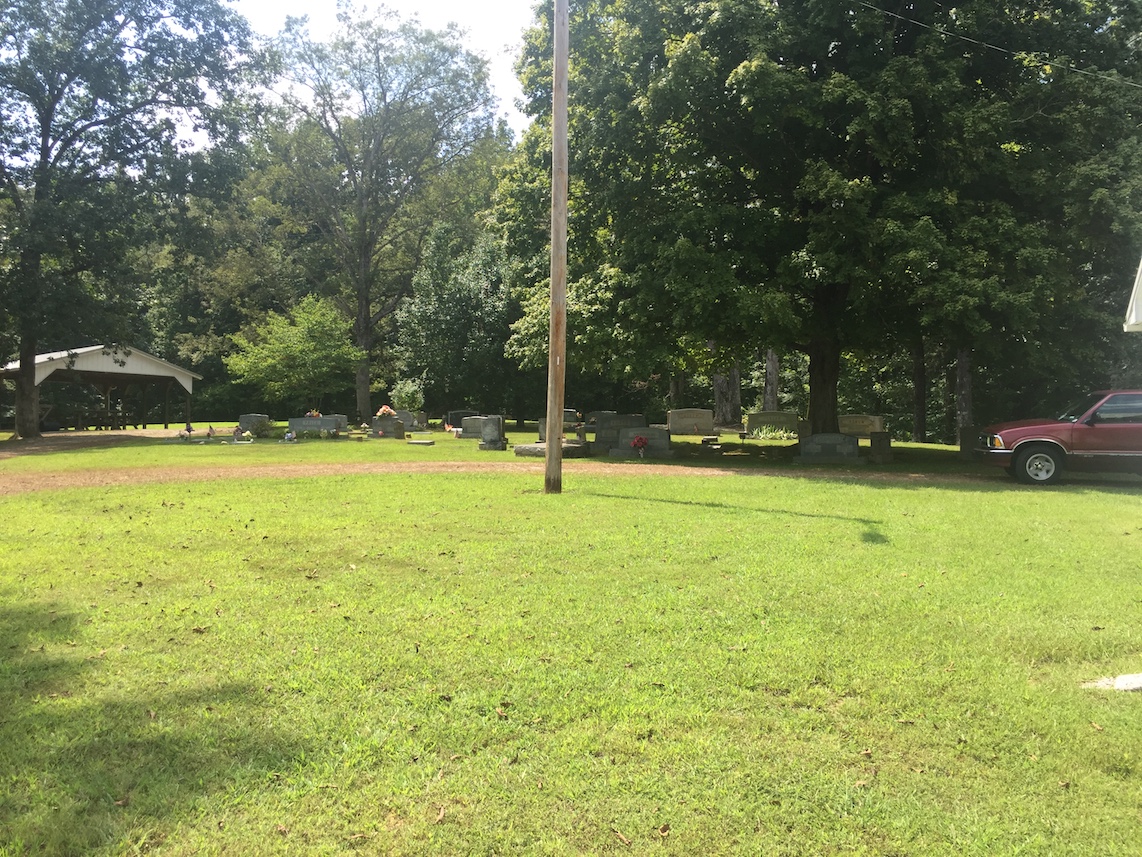 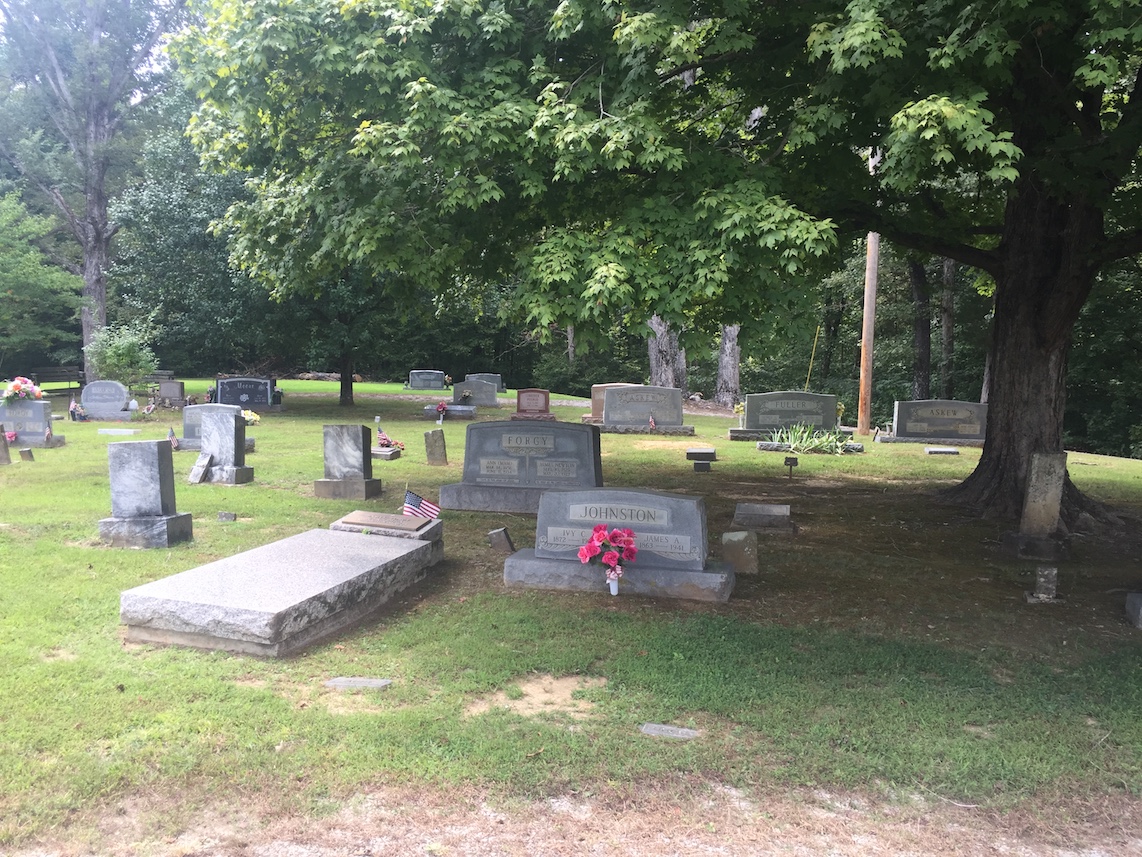 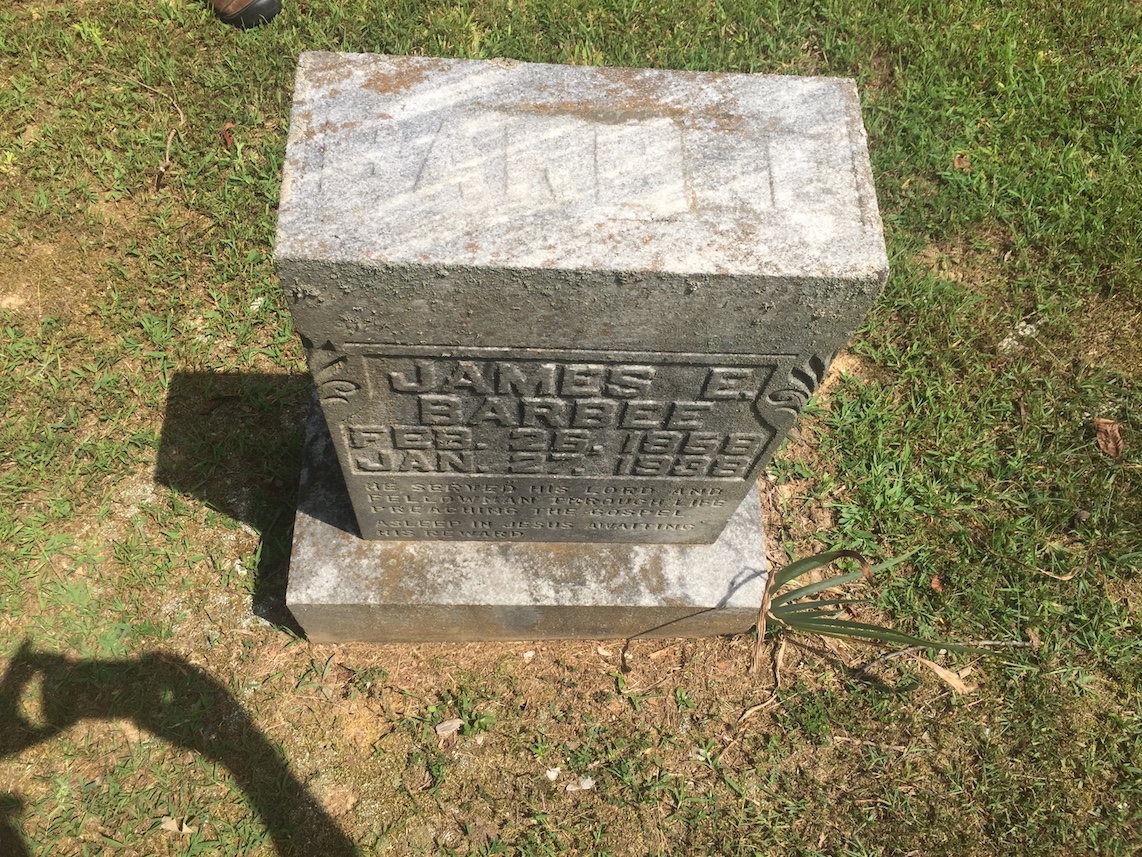 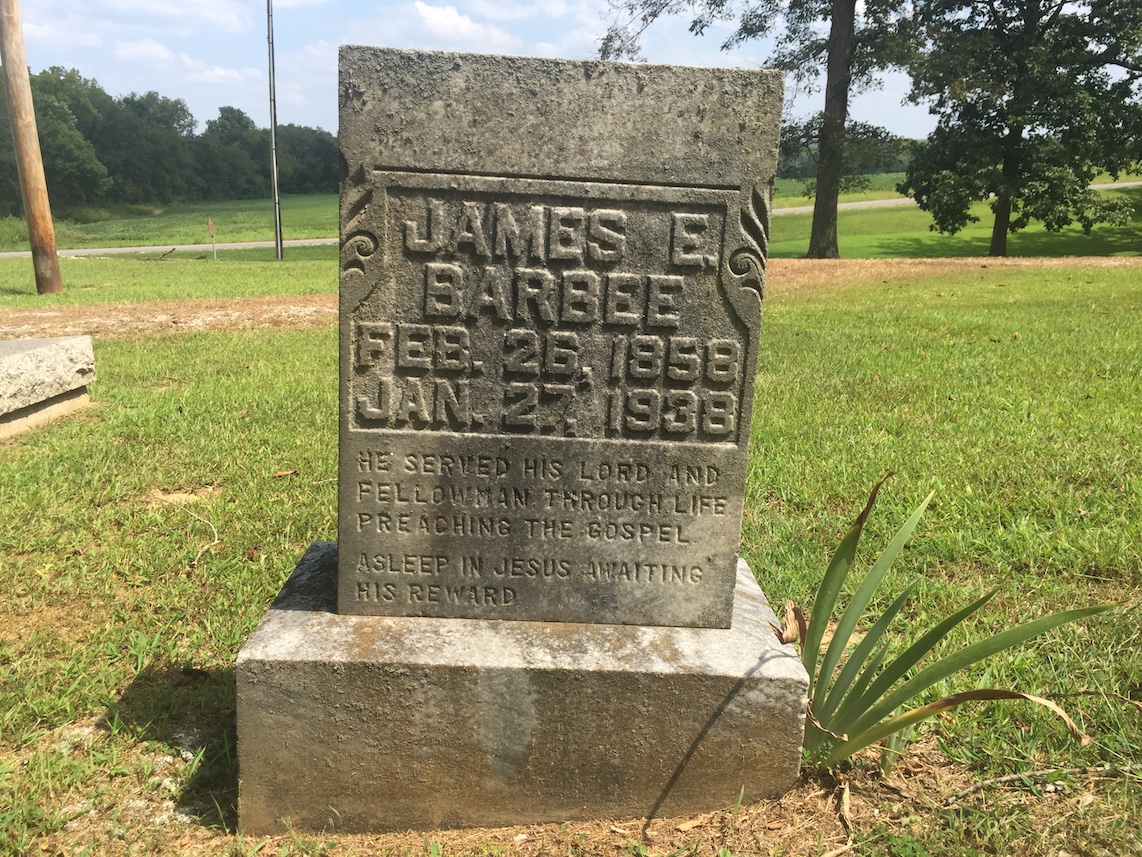 James E. Barbee
February 26, 1858
January 27, 1938
He served his Lord and
Fellowman through life
Preaching the gospel.

Asleep in Jesus awaiting
his reward

Special Recognition: Thanks to Garry L. Hill, minister of Horton's Chapel church of Christ, Muhlenberg County, Ky. for helping me find the grave of J.E. Barbee.