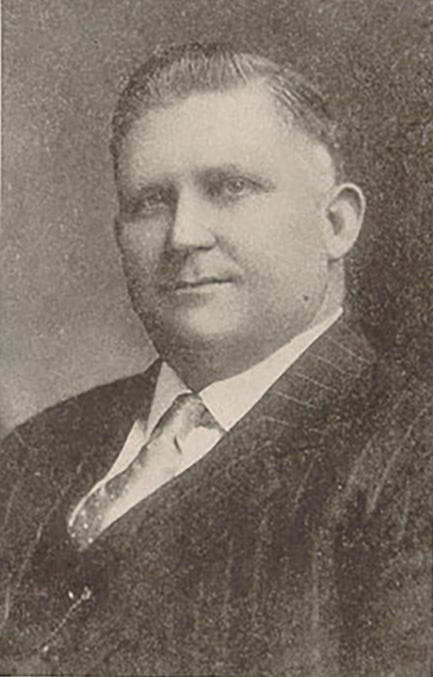 "He showed us how to love truth and yet be charitable, How to hate wrong and all oppression, and yet not treasure one personal injury or insult."

The foregoing words are from the sermon that Phillips Brooks preached at the funeral service for Abraham Lincoln that was conducted April 23, 1865 in Philadelphia while the President's body lay in state in Independence Hall. These words can also be truthfully said of another man from Kentucky, Ira Arthur Douthitt.

Ira Douthitt helped me to see and love the truth in a splendid and charitable manner and spirit when I was a young man. I can remember things he preached nearly forty years ago.

After a very long illness, brother Douthitt passed from his life December 23, 1975 in a hospital at Nashville, Tennessee. His brother, Boone Douthitt, also an able and faithful gospel preacher preached the sermon at the funeral service for brother Ira which was conducted at Mayfield Kentucky December 25, 1975. The body was buried in the cemetery near the meeting house of the Lebanon Church of Christ a few miles south of Mayfield where brother Ira grew up.

Meetings In My Hometown

Ira Douthitt preached in some meetings in Greenfield, Tennessee. I was reared in the country near Greenfield and managed to hear him some. I was impressed by his graceful, fluent delivery, and his powerful Bible preaching.

The girl who became my wife, Margie Medling, was baptized at Greenfield by brother Ira. He also baptized several of my relatives and friends.

In what was probably the last meeting in which brother Ira preached at Greenfield, my father led the singing. I well remember there were afternoon and evening services, a practice that is rarely seen anymore. This meeting was conducted thirty-five years ago.

More than 10,000 people responded to Christ's call at the close of the many thousands of sermons Ira Douthitt preached.

Brother Douthitt and N. B. Hardeman went to Palestine together in 1923. Brother Douthitt made several other trips to Palestine and preached in the auditoriums of the luxury liners Queen Elizabeth and United States. He called the officers of these great ships by their first names.

One time when he boarded the United States, the captain "turned over the fastest ship in history" to him. After two days of sailing Douthitt preached to more than a thousand people in the luxurious liner's swank auditorium.

The gospel was preached by brother Ira in several of the world's largest cities, including New York, London, Paris, and Rome. He preached in Jerusalem and beside the Jordan river at the traditional site of the baptism of Jesus. Brother Douthitt also preached the unsearchable riches of Christ in hundreds of small and little known places in at least two-thirds of the United States. He served as regular minister for some of the best congregations in the brotherhood, including Union Avenue Church in Memphis Tennessee, Broadway Church in Paducah, Kentucky, Brainerd Church in Chattanooga, and the congregations in Dickson, Hohenwald, and Cookeville, all in Tennessee. Brother Douthitt preached in more than sixty gospel meetings in Graves County, Kentucky where he was reared.

Ira Douthitt possessed a great sense of humor. He could have made a fortune as a humorist on television. He also mixed his humor with amazing candor. He declared he was not bothered by fright and was not nervous. On one of his many trips to Palestine he visited a moslem area of Jerusalem and was not aware that it was a high crime to take pictures there. As he was taking a picture holding the camera to an eye, an Arab soldier aimed a rifle at him and was about to shoot Douthitt. Whereupon the eloquent preacher used his talents in pleading for his life. He never smoked, but he happened to have a package of American cigarettes. He tossed these to the soldier and the soldier did not shoot him. Then Douthitt talked the soldier out of the cartridge that might have killed him and he brought it home as a souvenir!

Gordon H. Turner wrote a piece about brother Douthitt many years ago in a Nashville newspaper. I am indebted to him for some of the facts in this article. Brother Turner said of brother Ira, "I met this man, grown great in never ending efforts to help others, some thirty-five years ago when he held a meeting in my hometown of Scotts Hill and made his home with my family."

C. M. Stubblefield wrote of Ira A. Douthitt, "As a preacher, brother Douthitt has few equals. His English is good; his logic is severe. Having announced his subject, he proceeds as though it were the last effort he ever expected to make for the salvation of a soul."

As a guest, brother Douthitt was the center of attraction. He charmed children; he appealed to the hearts of adults with his bits of wit, and his interesting stories. He did not want to be a burden to those with whom he lodged. I well recall his staying in our home in Paducah, Kentucky many years ago. After enjoying a country meal that included common peas, and after a good session of talk and tales, he went to bed. As he went to bed he said, "I'll not bother you m the morning. I'll be up and on my way home before you wise." He had gone home when we got out of bed the next morning.

Brother Douthitt was married to Regga Ray of Sedalia, Kentucky in 1915. They have three children: Ira A., Jr. of Chattanooga; Earl of Tulsa, and Mrs. Edward (Martha) Eichelberger of Chattanooga.

Regga Douthitt is a talented, humble and refined Christian lady. She is one of the dearest friends my Margie and I have. We lived across the street from her several years and we know somewhat of the great burden she graciously endured while brother Ira was so long in the hospital. Her address is 1101 Caldwell Lane, Nashville, Tennessee 37204. We are confident she will be blessed by your cards and letters.

Ira Douthitt made his mark; it was a good one! If I could speak to him again I would say,

Farewell, old friend And hold God's hand For now you've gone To the real Holy Land. You leave us behind But ere long we too Shall leave this world And be with you. 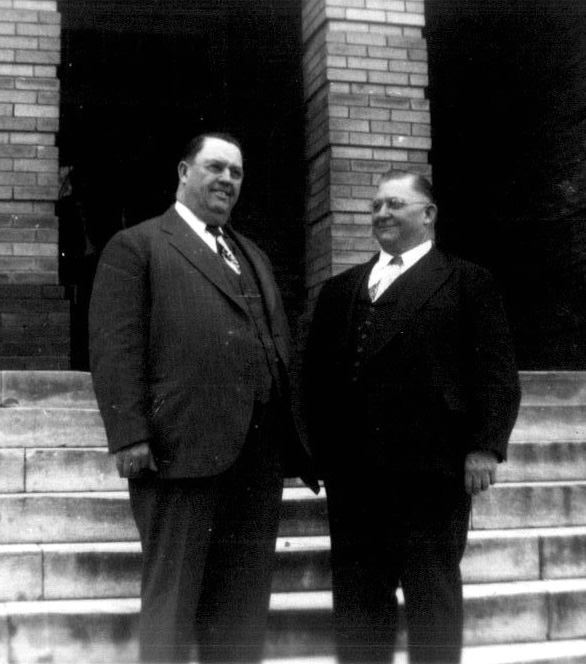