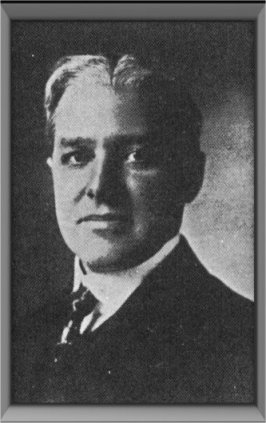 A.W. Fortune began teaching in the College of the Bible in 1912 and served in that roll until 1922 when he became the minister of the Central Christian Church in Lexington, Kentucky, a roll he filled many years. He, along with E.E. Snoddy and W.C. Bower were a new generation of teachers in the COB replacing the J.W. McGarvey era. In 1917, teaching on evolution and the new liberal theology called, "destructive criticism," led to the confrontation and ultimate dismissal of H.L. Calhoun and a different direction of the school. This change in the school ultimately played a role in the split between the Independent Christian Church and the new left-wing movement, The Disciples Of Christ. Fortune wrote a book on the history of the Disciples in the state of Kentucky in 1932. The volume has stood for years as the classic history of the Restoration Movement in Kentucky. 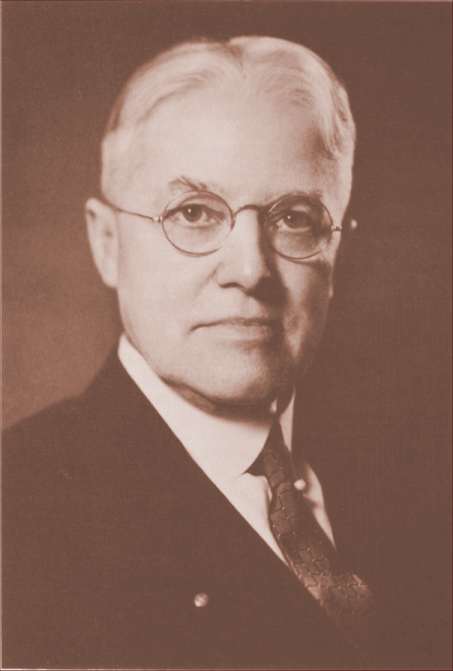 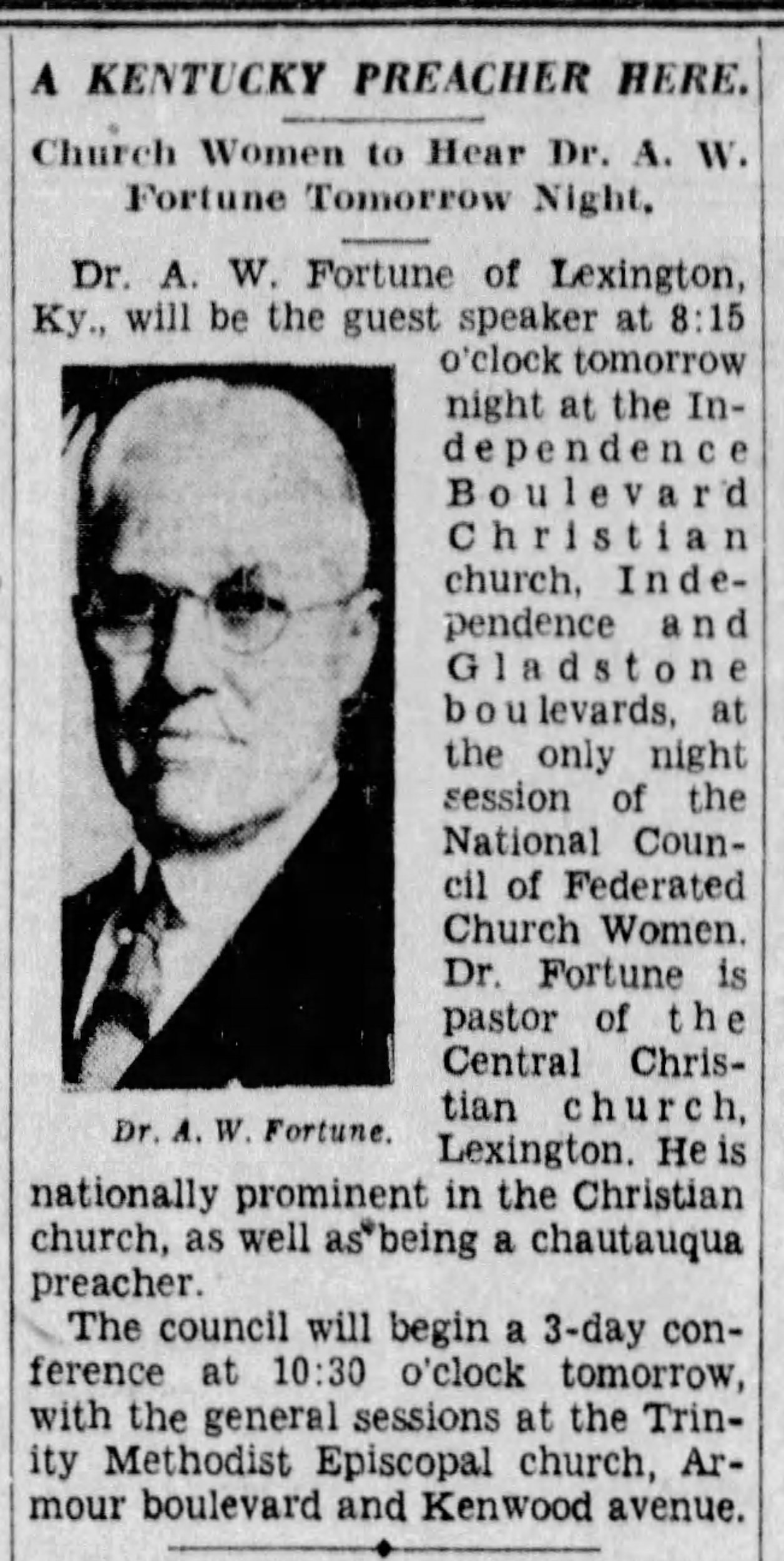 Dr. Alonzo Fortune, minister, educator and former president of the international convention of the the Disciples of Christ, died unexpectedly here today. He was 77.

Dr. Fortune became ill at his home and was removed, to a hospital where he died several hours later, the result of a heart attack.

Numerous civic. Education and religious organization had honored him in recent years for his contributions. He was pastor emeritus of Central Christian Church here, having retire in 1944 because of failing eyesight that eventually blinded him.

In 1944 Dr. Fortune Dr. Fortune received the University of Kentucky’s Algernon Sullivan medallion as “the state’s most outstanding citizen of 1945” and cited him as “the most loved man in Lexington . . . whose cumulative efforts . . . have added more to the ultimate happiness and welfare of the community than any man we know.”

Hiram college in Ohio from which he graduated in 1898 voted him its alumni award in 1946 and Transylvania endowed a scholarship in his name.

Dr. Fortune was honored here last May by the Lexington chapter of the National Conference of Christians and Jews.

In 1936-37 he headed the Disciples of Christ and once was a trustee of the Kentucky Christian missionary society.

Dr. Fortune came to Lexington in 1912 to teach at the College of the Bible and was its dean from 1917-22. He became pastor of Central Christian Church here in 1922.

He was the author of several books and numerous magazine and bulletin articles.

Born in Killbuck, Ohio, Dr. Fortune held degrees from Hiram, the University of Chicago and Transylvania. He also studied at Rochester theological seminary.

Before coming to Lexington he held pastorates at Tedro and Chagrin Falls, Ohio, Rochester, N.Y, and (Walnut Hills) Cincinnati. 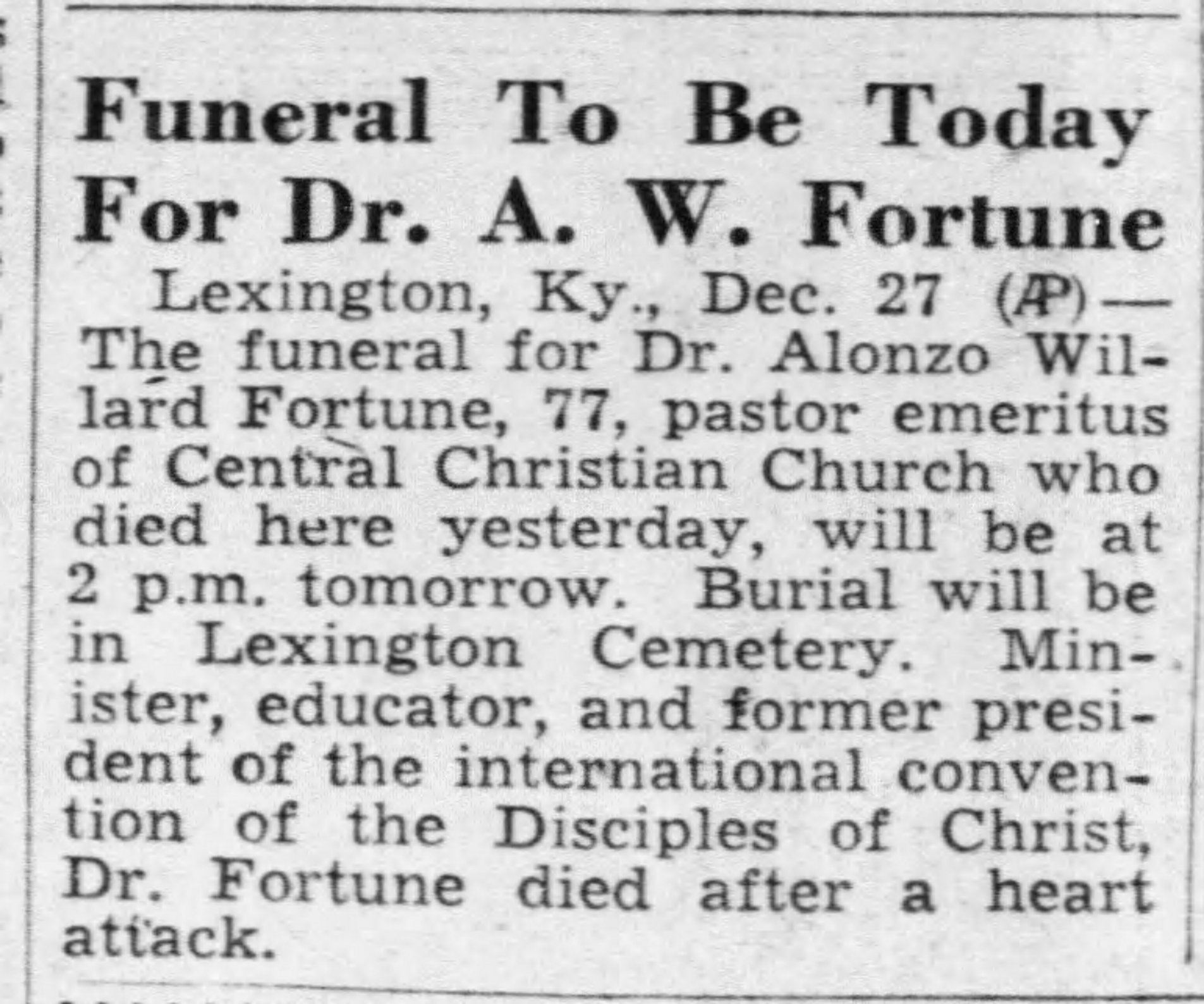 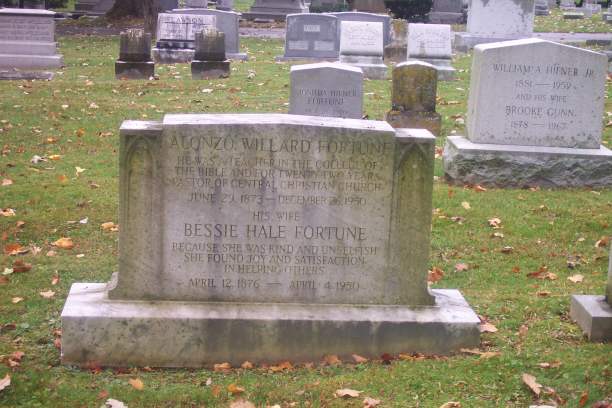 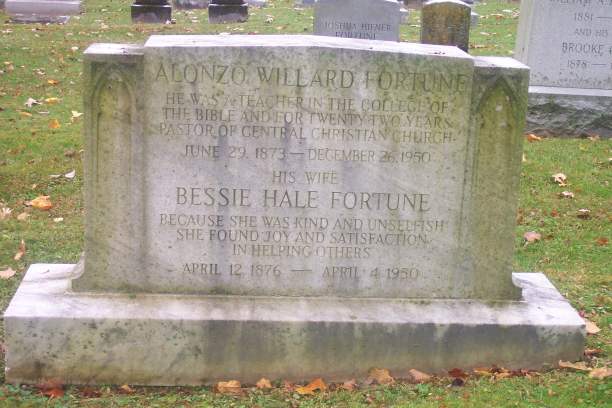 Location of The Grave of A.W. Fortune

Lexington Cemetery is one of the most beautiful old cemeteries in America. It is located on West Main Street heading away from downtown Lexington toward Leestown Pike. Turn right into the main entrance past the office. Stay on Main Avenue passing Henry Clay Monument on the left. Go until you pass section "K" then Section "J" will be the next section. About halfway just before you see a wedged shaped section "R," stop the car and go back a few rows in "J." Fortune is just next to W.C. Bower.

See Where Fortune Is Buried At Lexington Cemetery, Lexington Kentucky