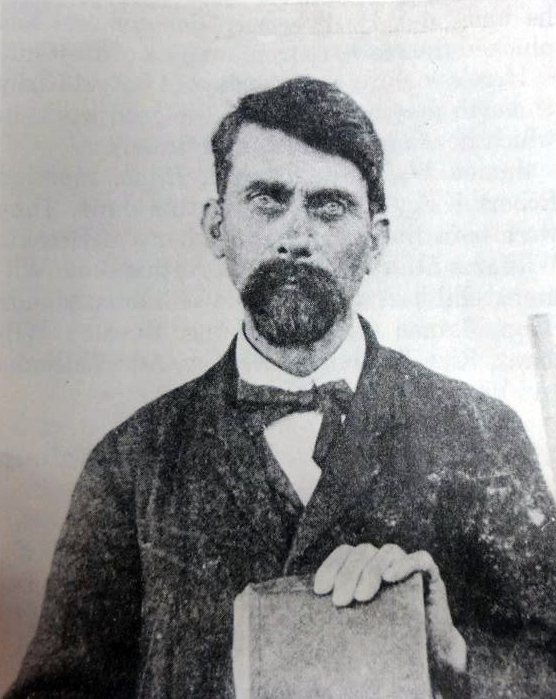 Robert married Martha Ellen Wade in 1869 in Monroe County, Ky. She was the daughter of John S. Wade and Leannah Parrott Jones. Robert and Ellen lived in Monroe County and Clay County, Tenn. until about 1885 when they moved to the Webb place in Cumberland County, where the Government Graveyard is now located. They later owned the farm known as the Bluegrass Egg Farm, later trading this farm for the Johnny Willis farm, (Andrew Willis farm).

Robert was a Church of Christ preacher. He was taught to read and write by his wife, who at one time was a schoolteacher. He traveled a lot preaching the gospel, going as far away as Texas. Many people today remember hearing their parents and grandparents talk about the good Robert Kirby did in his lifetime. He helped to establish many churches in Cumberland County.

"Aunt Sooky" Kirby Goad, Robert's aunt, of Red Boiling Springs, Tenn., is credited with discovering the medical value of the mineral water of that area. The following article was taken from the history of Macon County Tennessee.

Aunt Sooky's salve was the name of a widely distributed medical product manufactured in Red Boiling Springs. It was compounded from a secret formula under the supervision of "Aunt Sooky." To Mrs. Goad should go the honor of being the original white discoverer of the medical efface of the spring water. Early in life she was badly afflicted with dropsy and she felt better after drinking some water of peculiar fast. She continued to use this water - sulfur water - until her health was completely restored. News of this surprising recovery spread from one to another and it was not long until people were there living in tents, drinking those health giving waters and being relieved of their ailments just as the Indians before them are said to have done. Nearly 25 years ago, about 1914 a Nashville man wrote an article stating that Shepherd Kirby discovered the curative powers of these waters. This statement received wide publication and is at variance with articles previously published on the subject. Mrs. Goad and Mr. Kirby were brother and sister, and it seems that while cutting wood he was tortured with sore eyes and conceived the idea of bathing them in the same waters that brought such miraculous relief to his apparently doomed sister, and in doing so discovered that sulphur water is a valuable agent in relieving inflamed mucous membranes. Mrs. Goad's discovery not only antedates her brothers, but transcends it far in importance.

This article appeared in The Burkesville Banner, a weekly newspaper published in the early 1900's. The article was written Jan. 27, 1911, by Leo Lee.

When Leo Lee was a boy in his small teens, he went often o hear the sermons of two eloquent preachers. Their names were Robert Kirby and James W. Williams. They were neighbors, friends and co-workers and Leo Lee had not doubt then that they were the smartest and greatest men in the world. They were heroes and although more than a score of years has passed since that time and one of them is now numbered with the silent dead, their pictures side by side are still hanging on memories walls, where they will hand until effaced by death itself. These are the impressions of early youth and although Leo Lee has since reached mature age and has had opportunity to listen to sermons of divine, said to be more scholarly, still his opinion is but slightly changed if at all, and the heroes of his boyhood are the heroes of his manhood.

Elder Robert Kirby possesses a personal magnetism and individuality all his own, and is of an invincible disposition. He is a born genius and natural orator, and while his scholastic education is limited, he nevertheless possesses a full store of information and is what might be truly called a self-educated man. He is a self-made man in the fullest sense. He possesses a good command of language and is adaptable and versatile. He is a fluent and eloquent talker both in the pulpit and in private conversations. He is still in the prime of manhood and intellectuality, there being no perceptible difference between the Kirby of today and of a score of years ago. To Leo Lee he seems the same, just as young, just as good, wearing the same bewitching smile that is one of his chief characteristics.

Elder Robert Kirby has preached in several different states of he Union, having been called several times to far-away Texas. He has preached in almost every neighborhood in southern Kentucky and northern Tennessee, where his conversions number hight up in the thousands. The good he has done cannot be estimated and will live a thousand years after he has gone. He is a born debater and has plucked the feathers from many a contestant.

Here's wishing that the days of Robert Kirby on earth may be many and the good work, in which he is engaged, long continue.

A Brief History of The Hickory Grove Church of Christ, Cumberland Co., Ky

In the 1700's and early 1800's, the "Restoration Plea" swept through the region. Men such as Alexander Campbell, Barton W. Stone, "Raccoon" John Smith, and John Mulkey, led the challenge for men to lay aside denominational names, and human creeds. The Bible was to be the only religious guide. These groups of believers called themselves simply "Christians" or "Disciples." The Restoration Movement continues unto this day, as men are urged to "speak where the Bible speaks, and be silent where the Bible is silent."

Many congregations of these "Christians" were formed in Cumberland County. Among them was the Hickory Grove Church, organized in 1912. The land for the meetinghouse was donated by W.M. Smith. The deed for the property reflects the ideals of the Restoration Plea. For instance, it specifies that if "any congregation at said place should make or inaugurate any innovations in their worship at said place such as the use of an organ, piano, or other worldly musical instruments" then the property was to revert back to the heirs of W.M. Smith. Further, "none of the many societies known as aids to be church, are ever to be made a part of the worship of any congregation that may assemble at this place."

The church originally met in a building located at the intersection at Salt Lick Road (now Hwy 1424) and Judio Road (now why 953). In time, a meetinghouse was erected about 1/10 of a mile father down on Salt Lick Road. In 1933, a tornado destroyed that meetinghouse. A new house was erected in 1934, made possible in part by the many small individual donations. Jessie Sharp walked all over the area from Judio to Burkesville, seeking whatever donations that people could spare - even 10 cents. The carpenter of the house worked for $2/day.

For many years, the church received its instruction from various men of the congregation. From time to time, there were also several visiting preachers. Among them were Glen Page and Randall McPherson. Mr. McPherson has exerted a major influence on the church in Cumberland County for the last 30 years.

The first regular, located preacher for Hickory Grove came to labor there in the late 1970s. Known as "Jr." Bronger, he lived and worked there 3-4 years. He was followed by Harold Underwood, who labored for about 4 years. In 1985, during Mr. Underwood's stay here, a house for the preacher was built by the church. It is located about 1 mile southwest of the church home on Judio Road. Harold Underwood was followed By Bill Bryant, who also labored for 4 years.

The current preacher, Lanny Smith, moved to Hickory Grove in August in 1990. Elders and deacons were appointed in the church in the spring of 1991. 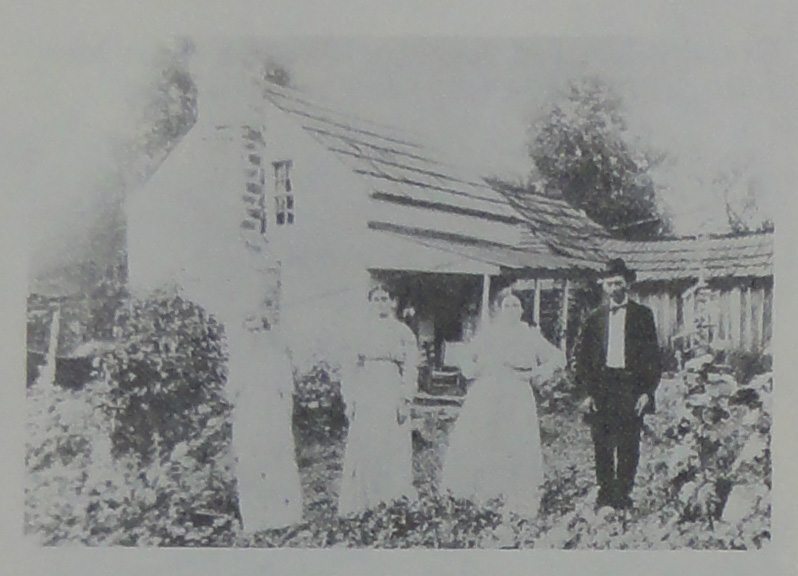 Directions To The Grave of Robert Kirby

The Christian Chapel Cemetery in southern Kentucky's Cumberland County, is remotely located to say the least. It is not close to any highway in the national Interstate System. The closest Interstate is I-40 in eastern Tennessee. Just east of Cookeville, take exit 288, Hwy. 111, and head north. Go through Livingston and head west / northwest on Hwy. 52 toward Celina. In Celina take the Burkesville highway, Hwy 53, north. Crossing over into Kentucky, it will become Hwy. 61. Continue heading north a few miles and turn right on State Hwy. 485. / or Post Office Rd. It will dead end into Sulphur Creek Rd. Turn right on Sulpher Creek Rd./State Hwy. 485, and go less than a mile and turn right on Christian Chapel Road. The cemetery will be on your left. The Kirby plot will be right in the middle of the cemetery. See GPS below. 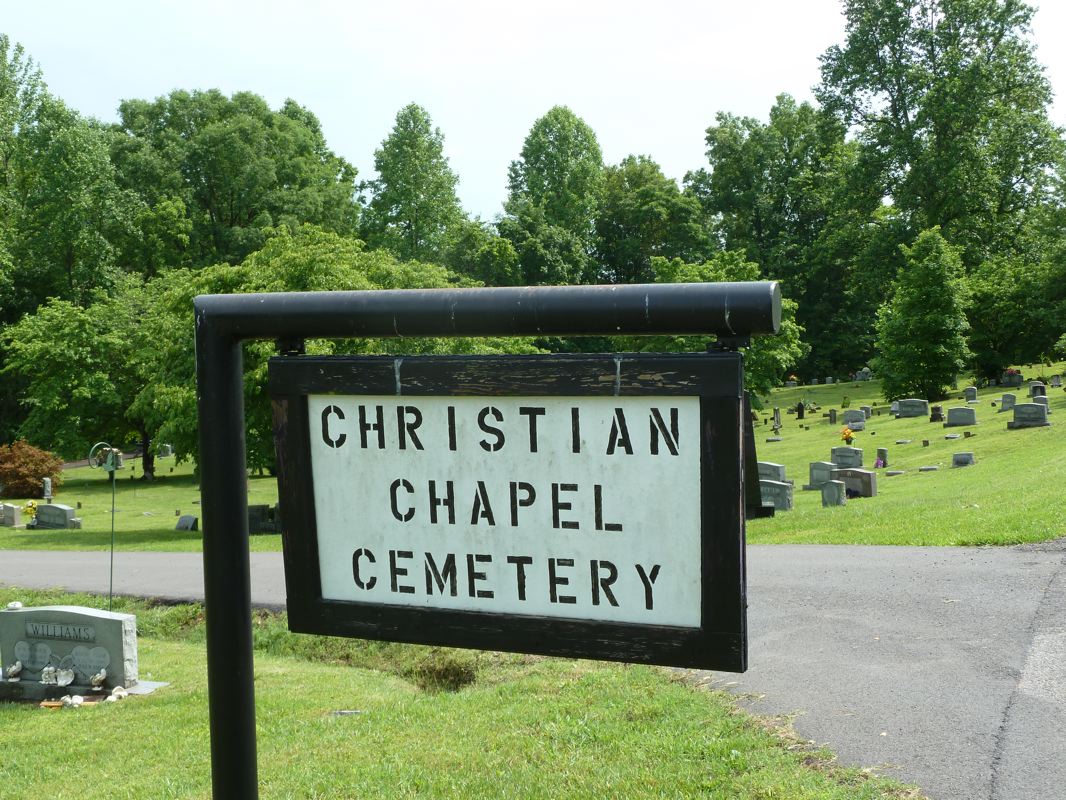 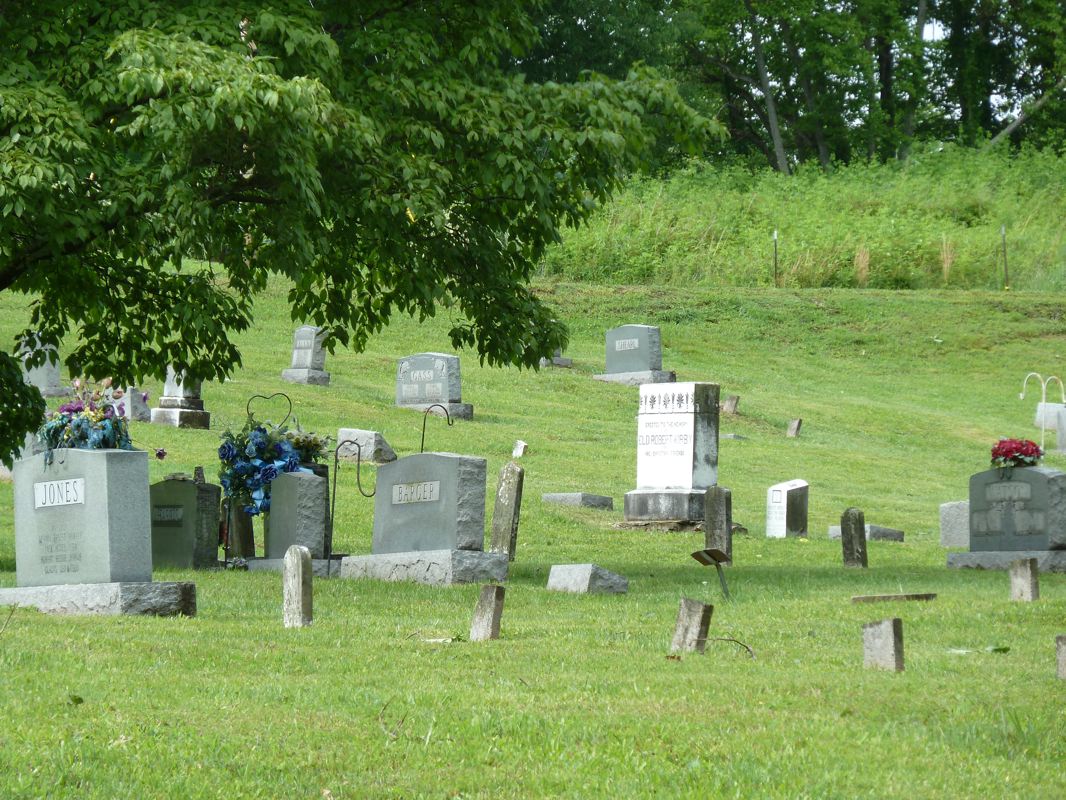 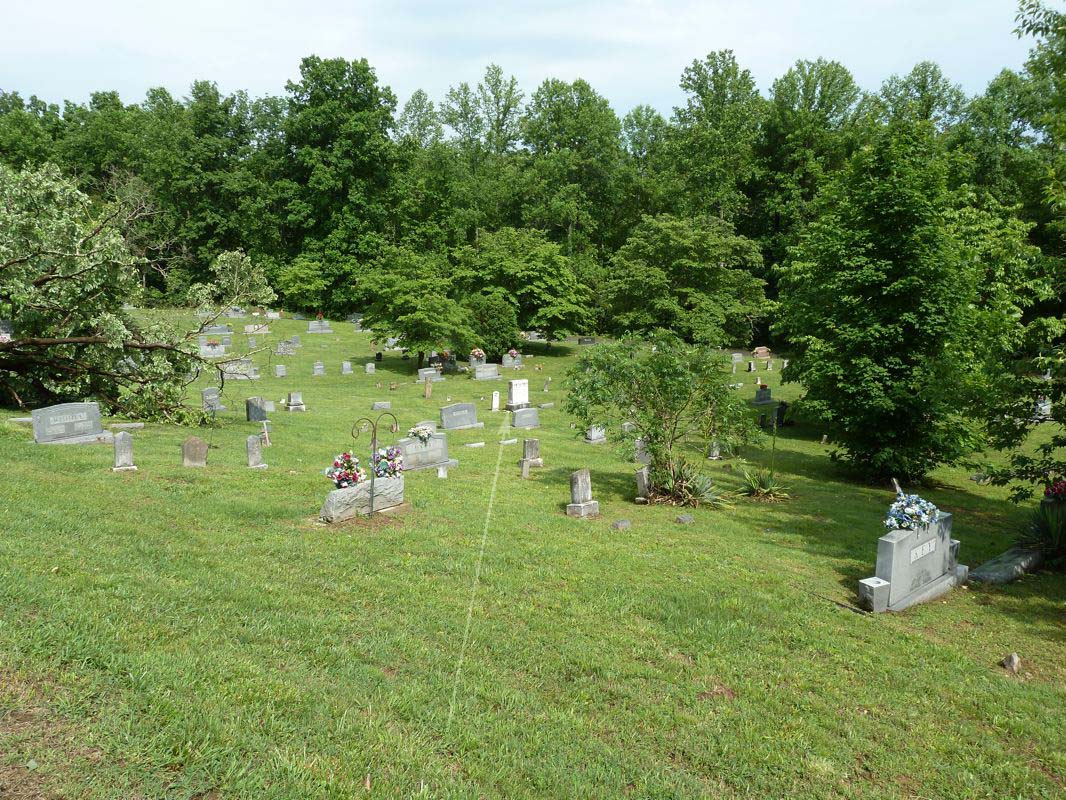 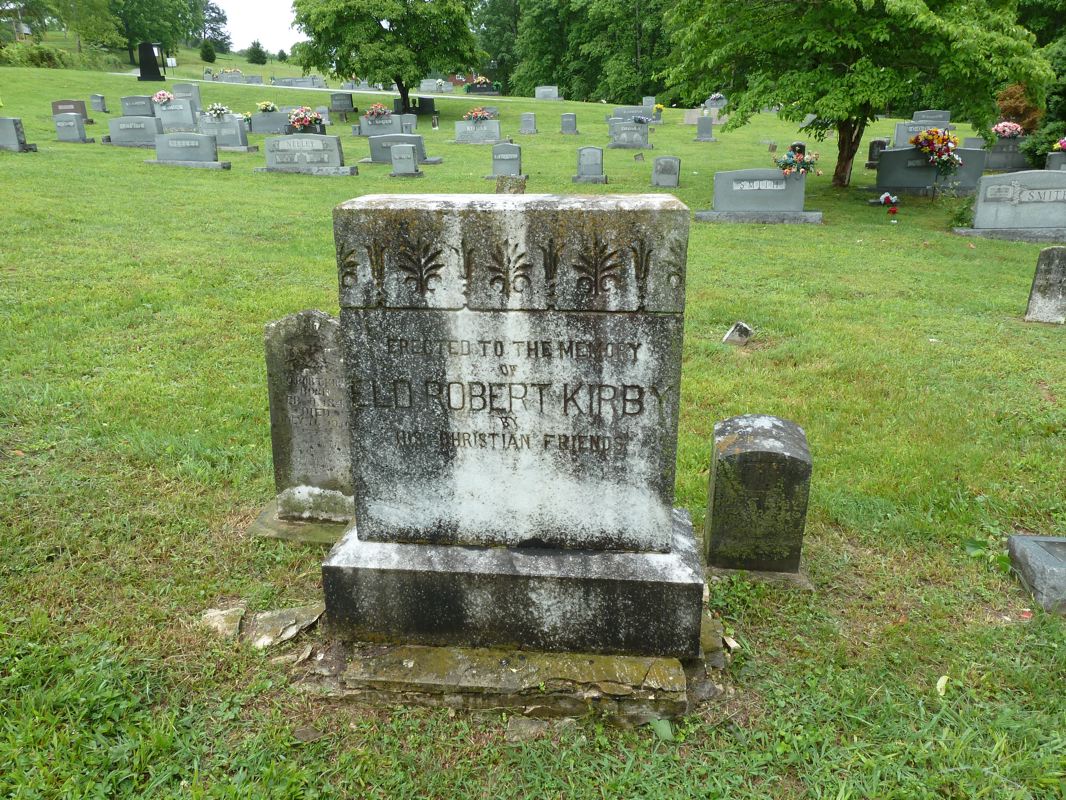 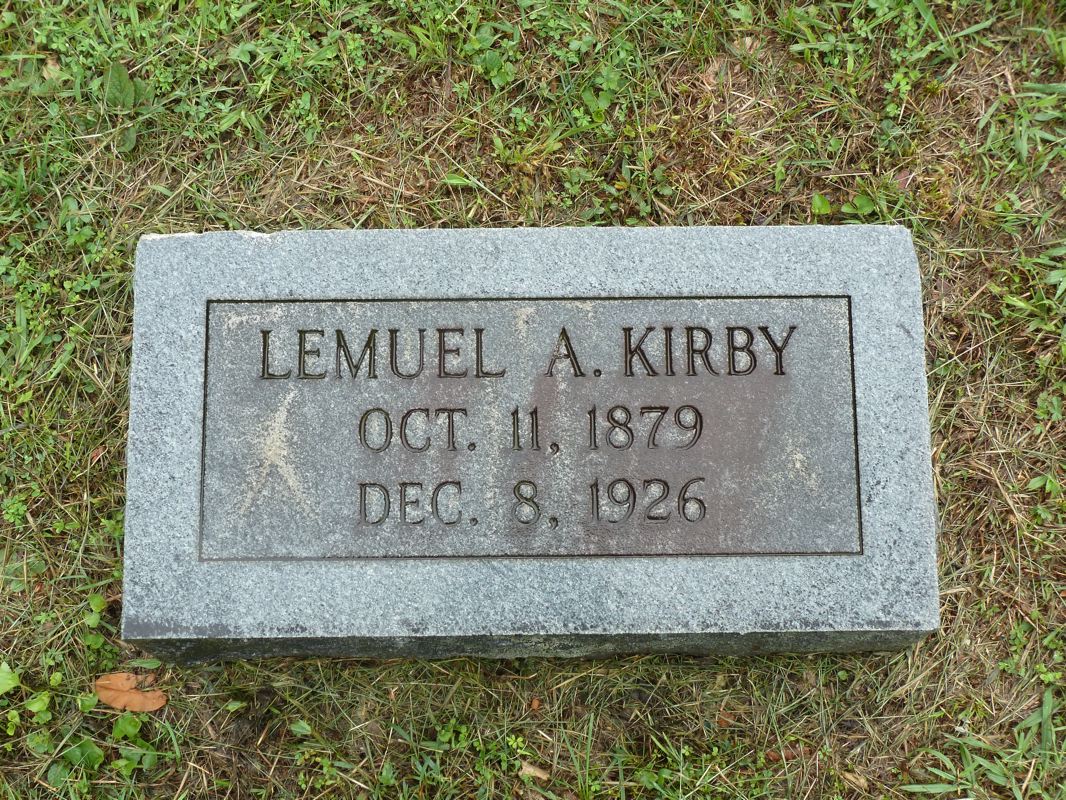 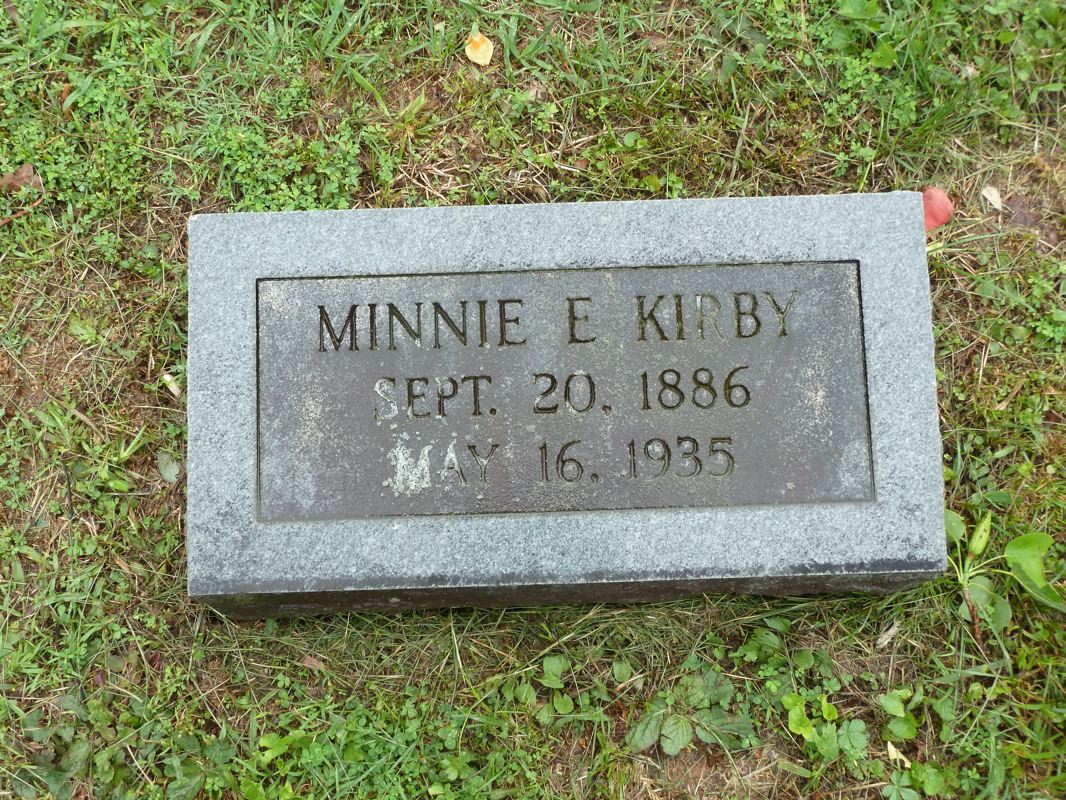 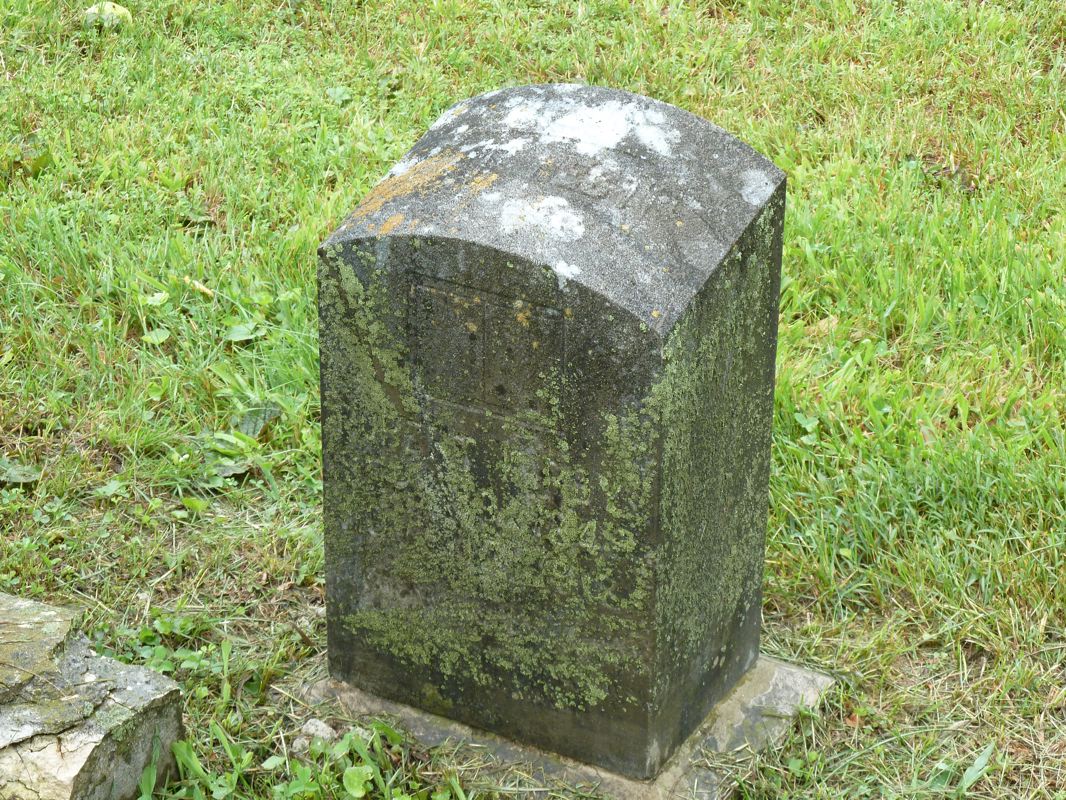 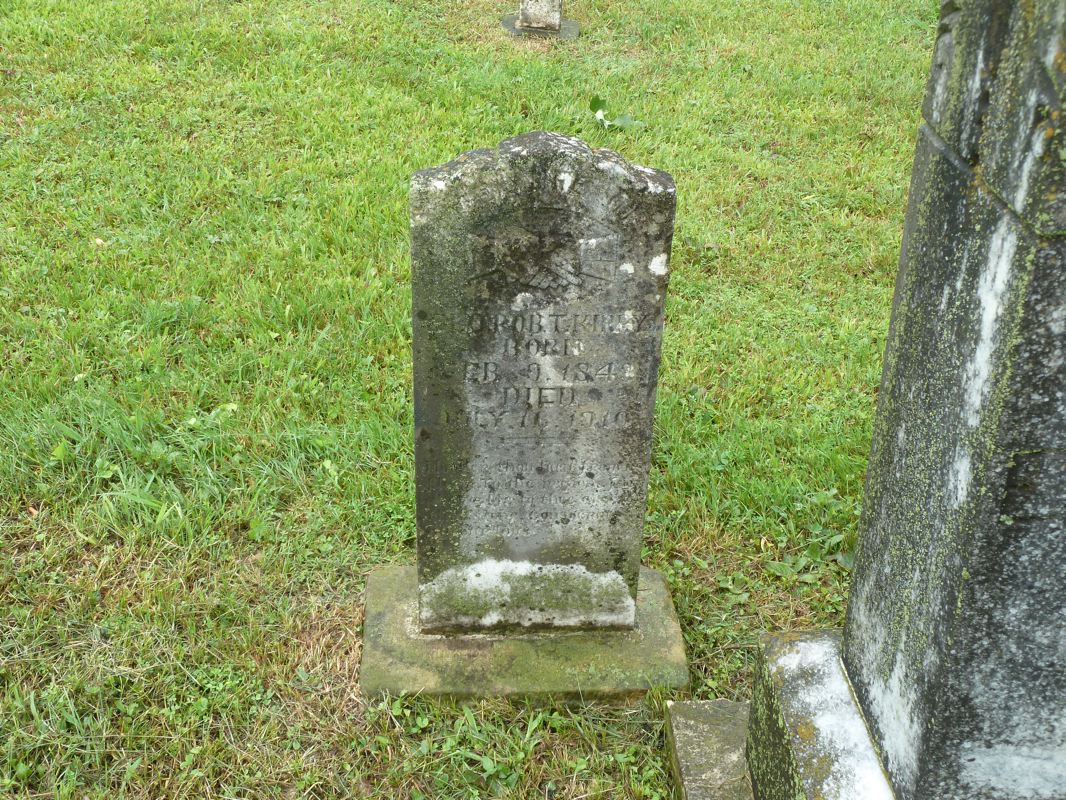 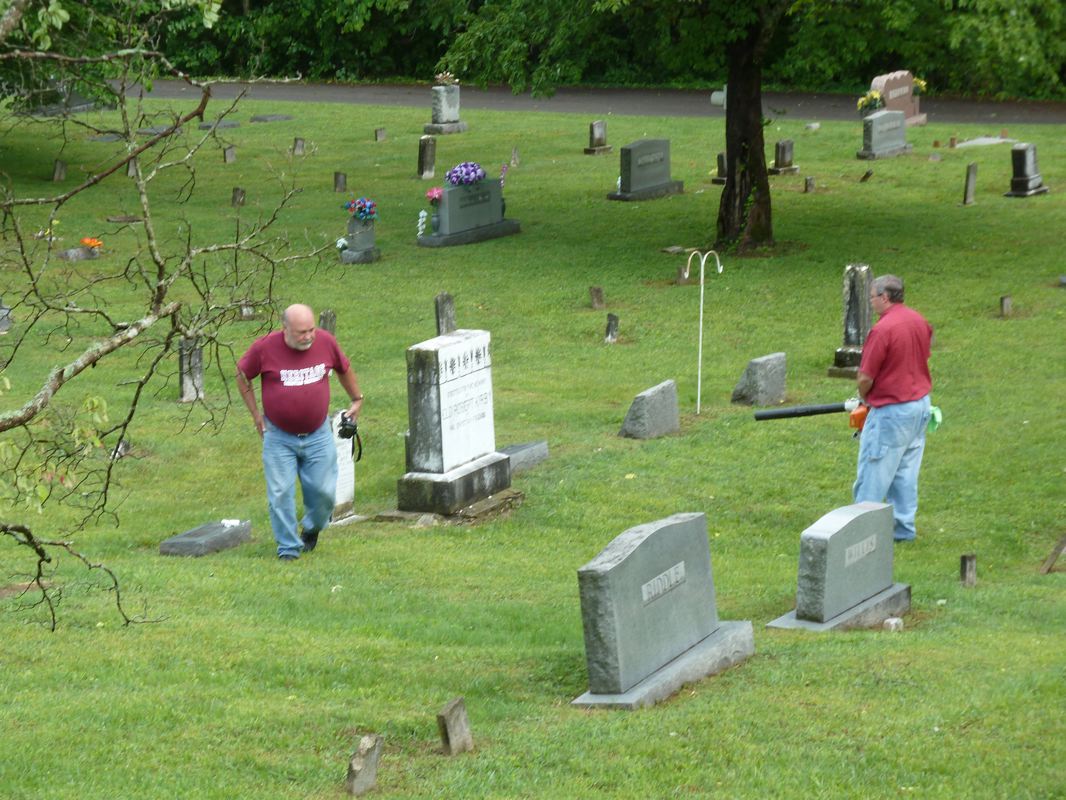 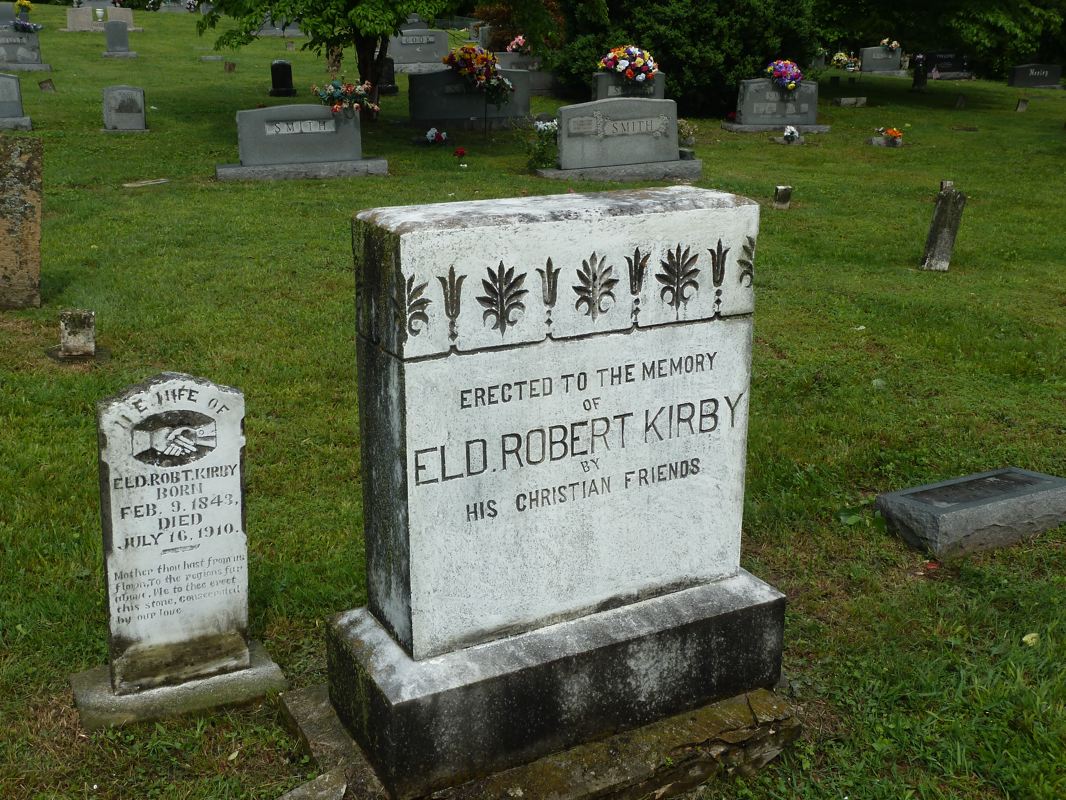 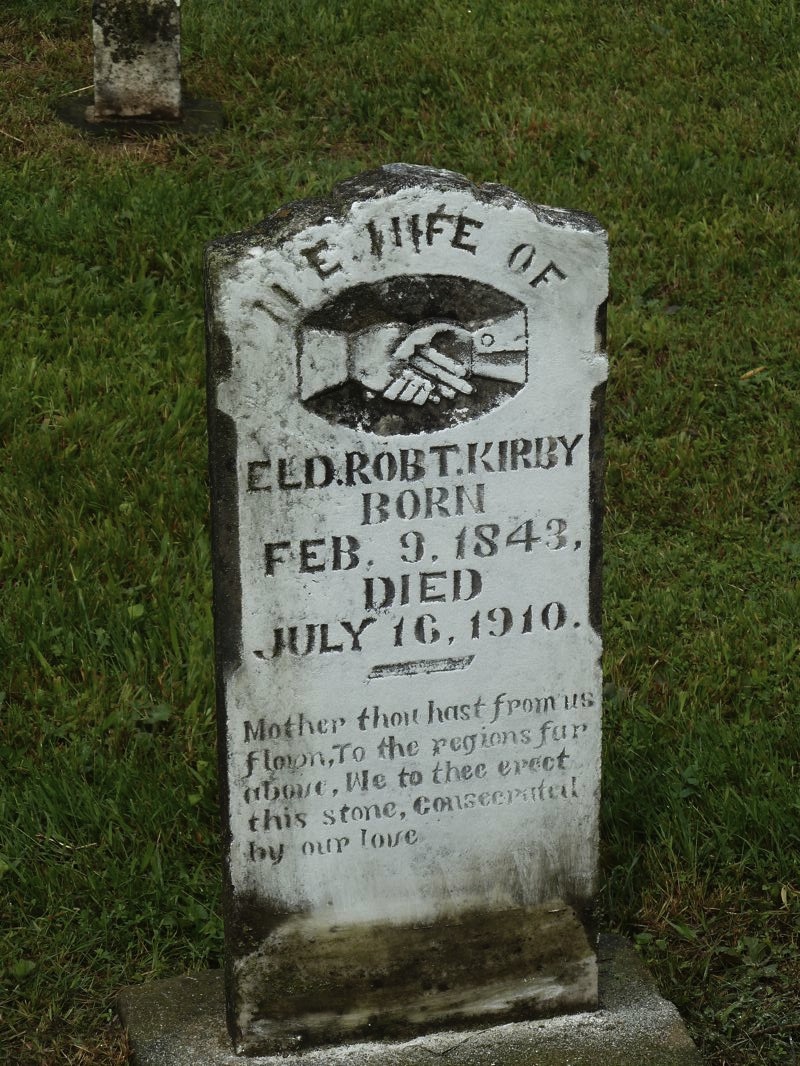 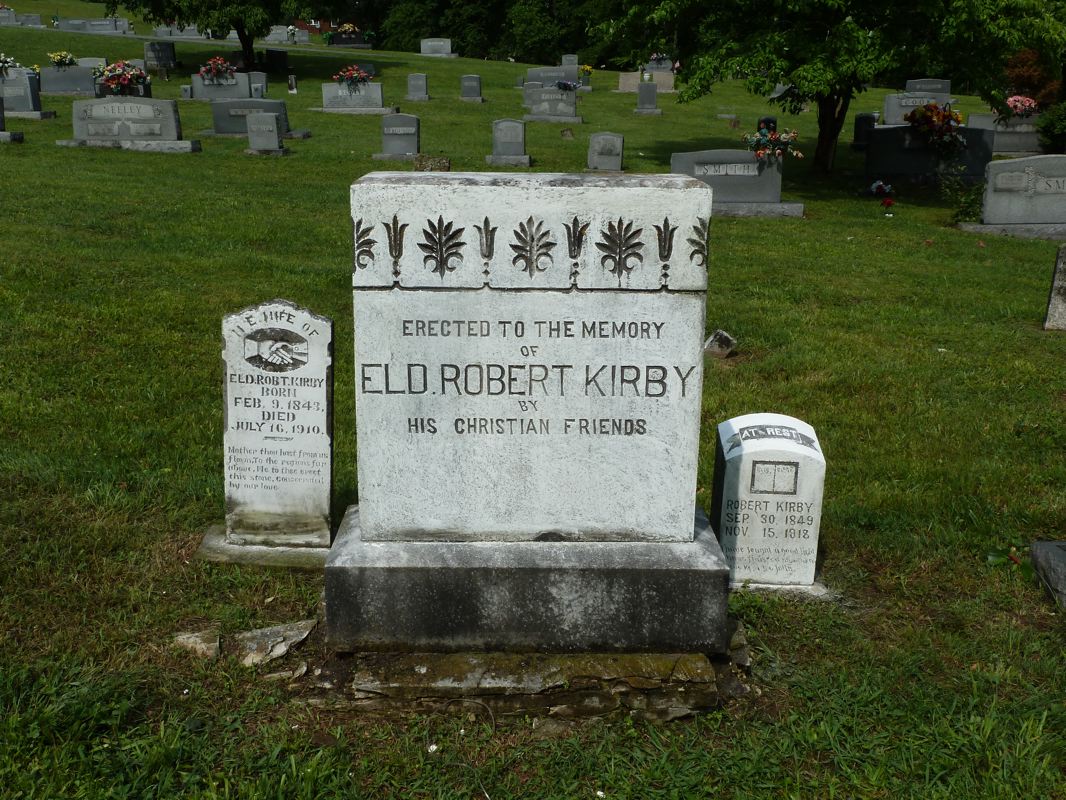 Erected To The Memory
Of
Eld. Robert Kirby
By
His Christian Friends 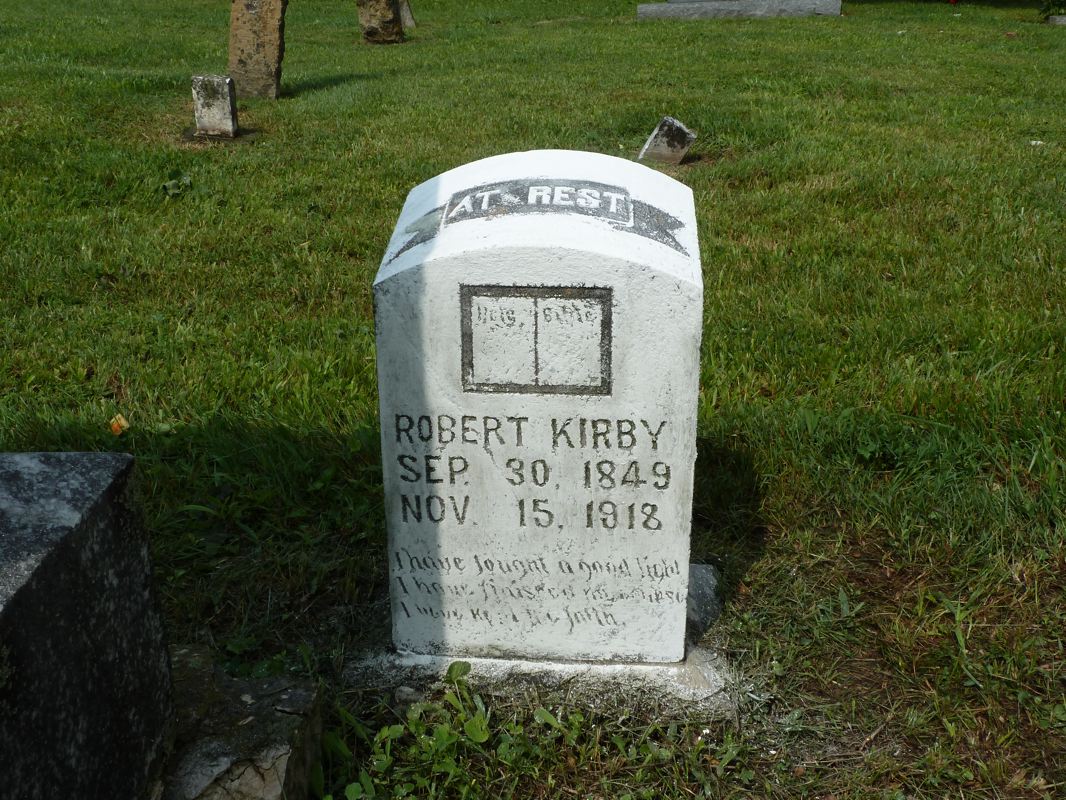 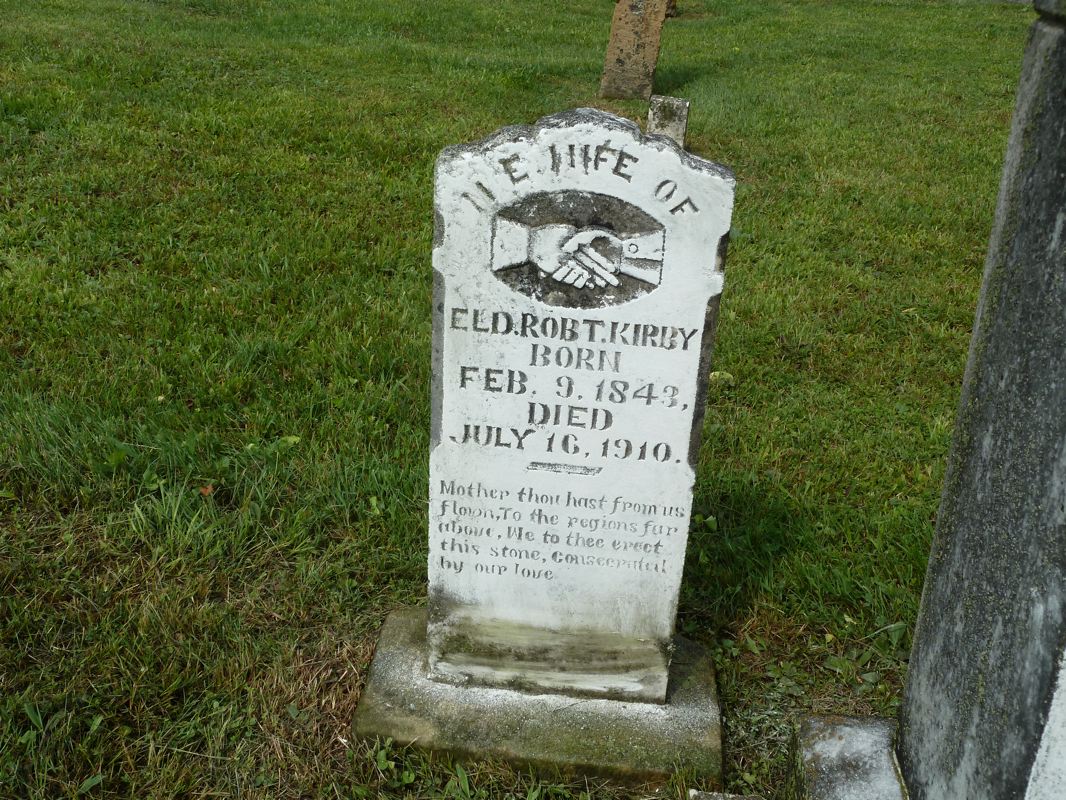 Special Thanks to Tom L. Childers and C. Wayne Kilpatrick for assisting in the locating of the grave of Robert Kirby. In May, 2011, these men traveled with your web editor to search for graves in Kentucky. This grave was not on the list, but was discovered during our research.