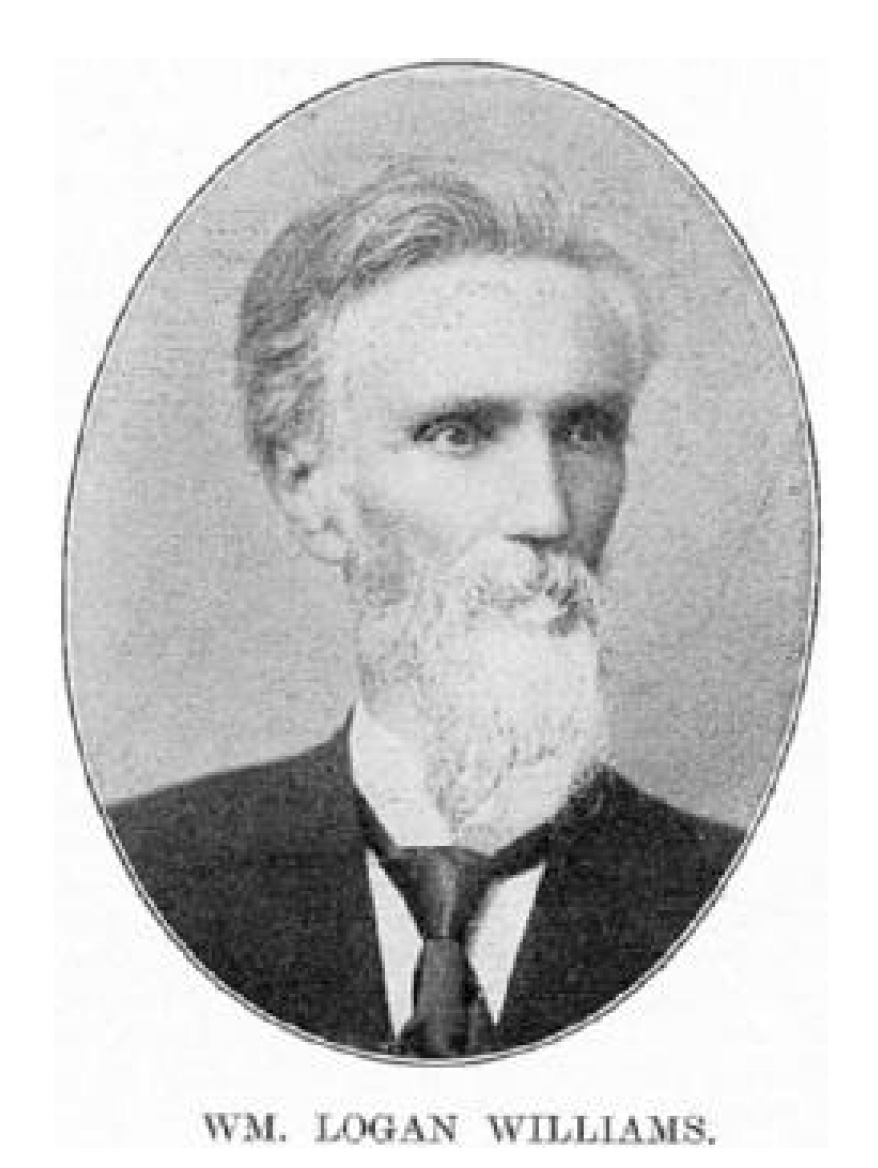 Wm. Logan Williams was born in Hustonville, Lincoln county. Kentucky, and made his home in that place from January 22, 1823, the day of his birth, to November 19, 1896, the day of his death. His parents were strict Presbyterians, and in that faith, he was reared. His father intending him for the ministry, he entered Centre College, Danville, Ky., September 1843, and graduated in June 1840. He then entered the Theological Seminary and received his degree and license to preach. Entertaining grave doubts as to some of the tenets of the Presbyterian church, he left that body and united with the Church of Christ in 1850 under the preaching of Carroll Kendrick. During the following year, 1851, he was ordained to preach the gospel, and, with the exception of four years which he spent in the service of the Kentucky State Board of Missions, he preached continuously for the church at Hustonville to the day of his death— forty-five years. The church at Hustonville having no suitable house of worship, he raised a sufficient fund— six thousand dollars— to build the present commodious edifice, which stands today as a monument to his energy and liberality. It was dedicated in 1855 by H. T. Anderson. Encouraged by this success, he entered the field again to raise funds to build a college to be under the control of the church. In a short time, he secured twelve thousand dollars with which was erected Christian College, a handsome brick structure about one hundred feet long by fifty feet wide, and three stories in height. And so, throughout life, in all enterprises designed for the public good, he was always found at the front with his influence and his purse. He spent his entire patrimony and his long life in the service of his fellow-men.

Mr. Williams was married four times; in 1848 to Miss Amanda White, of Mississippi; in 1855 to Miss Kate Logan of Lancaster, Ky.: in 1857 to Miss Amanda Bailey, of Hustonville; in 1861 to Miss Permelia Peyton, of Lincoln county. Two children only survive him, Airs. Lee F. Huffman, of Lexington, Ky., and Mrs. Robert Burnett, of Boston, Mass.

Such are the outline events of a life on which a volume could be written. Logan Williams possessed an indomitable will and a strong, forceful intellect, but his dominant attributes were his child-like simplicity and humility, his warm and tender, though not demonstrative affections, and his deep and genuine piety. He "walked with God."

Though handicapped all his life by a frail body, he labored incessantly for the cause nearest his heart, receiving many hundreds into the church as the fruits of his zealous, consecrated service. He was buried in the cemetery at Hustonville, November 20, 1896, the funeral sermon having been preached by Elder George Darsie, of Frankfort, Ky. The Kentucky Missionary Society in convention assembled, through its Committee on Obituaries, reported on the death of Mr. Williams as follows:

"W. Logan Williams was a prince in Israel with a spirit and character that suggested the apostle John and a zeal for God that was truly Pauline. Reared and educated in the Presbyterian church, he broke away from his traditional faith in his young manhood and boldly stood for the pure and untrammeled gospel of the New Testament until he fell upon his shield, and was carried home to God. Like Saul of old, he towered head and shoulders above his fellows, and in mental and spiritual stature was cast in equally liberal mould. For more than forty years he served the church in Hustonville, where he lived, and throughout Lincoln county he was a pillar of strength to the cause of Christ. Always a friend of Kentucky missions, he gave several of his best years to the service of our Board, and was known by face to all the churches of Central Kentucky, and greatly beloved wherever known. A brave, honorable and knightly soldier of the Cross passed to his reward when Logan Williams fell asleep in Jesus."

Elder W. L. Williams
"One of the grandest men in this section."

The Williams family are buried in the Hustonville Cemetery, in Hustonville, Lincoln County, Kentucky. Hustonville is about 50 miles south of Lexington on Hwy. 127. Heading south of Lexington on Hwy 27. Go past Nicholasville, and take Hwy 34 on down through Danville. South of Danville on Hwy 34 it will become Hwy. 127, the Hustonville Hwy. Come to Main St. In Hustonville (Hwy. 78) and turn right. The cemetery will be on your right about a quarter mile away. Head into the cemetery and make your way to the top section on the right. Nearly in the center on the top next to the drive is the Williams family plot. The grave faces toward the highway so you'll need to get out and check. But the grave will be easily found by comparing to pictures and actual GPS location of the grave below. 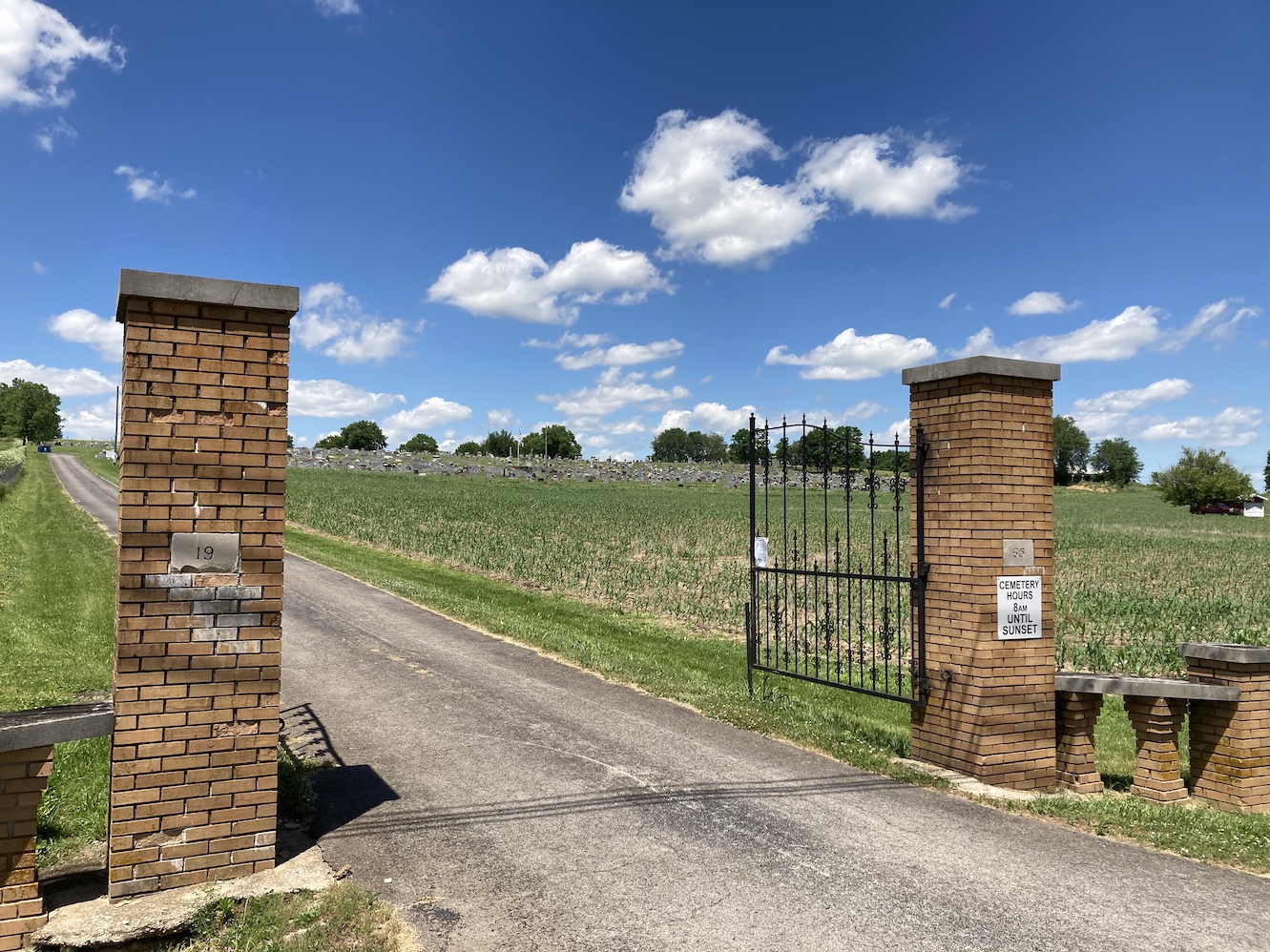 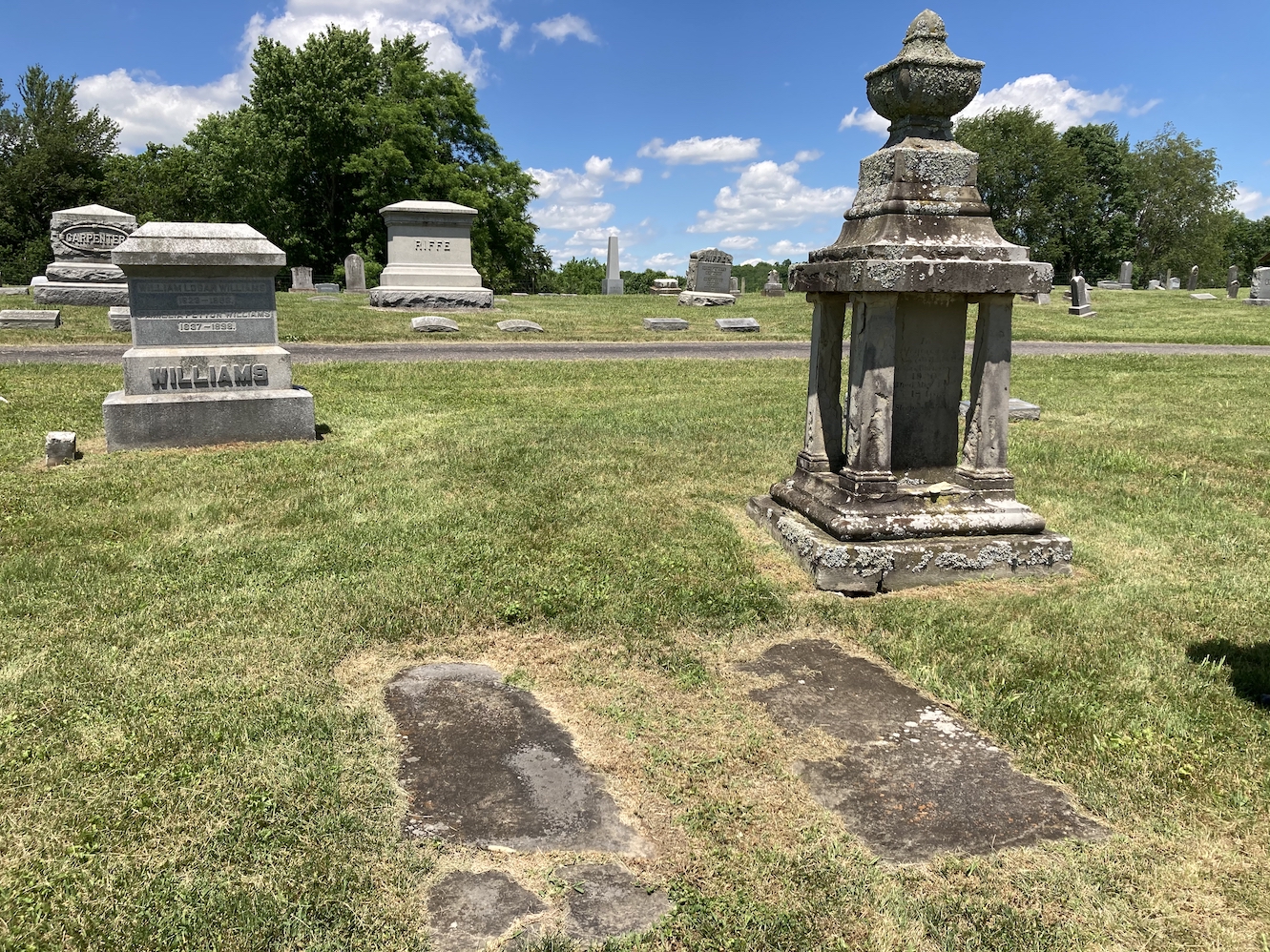 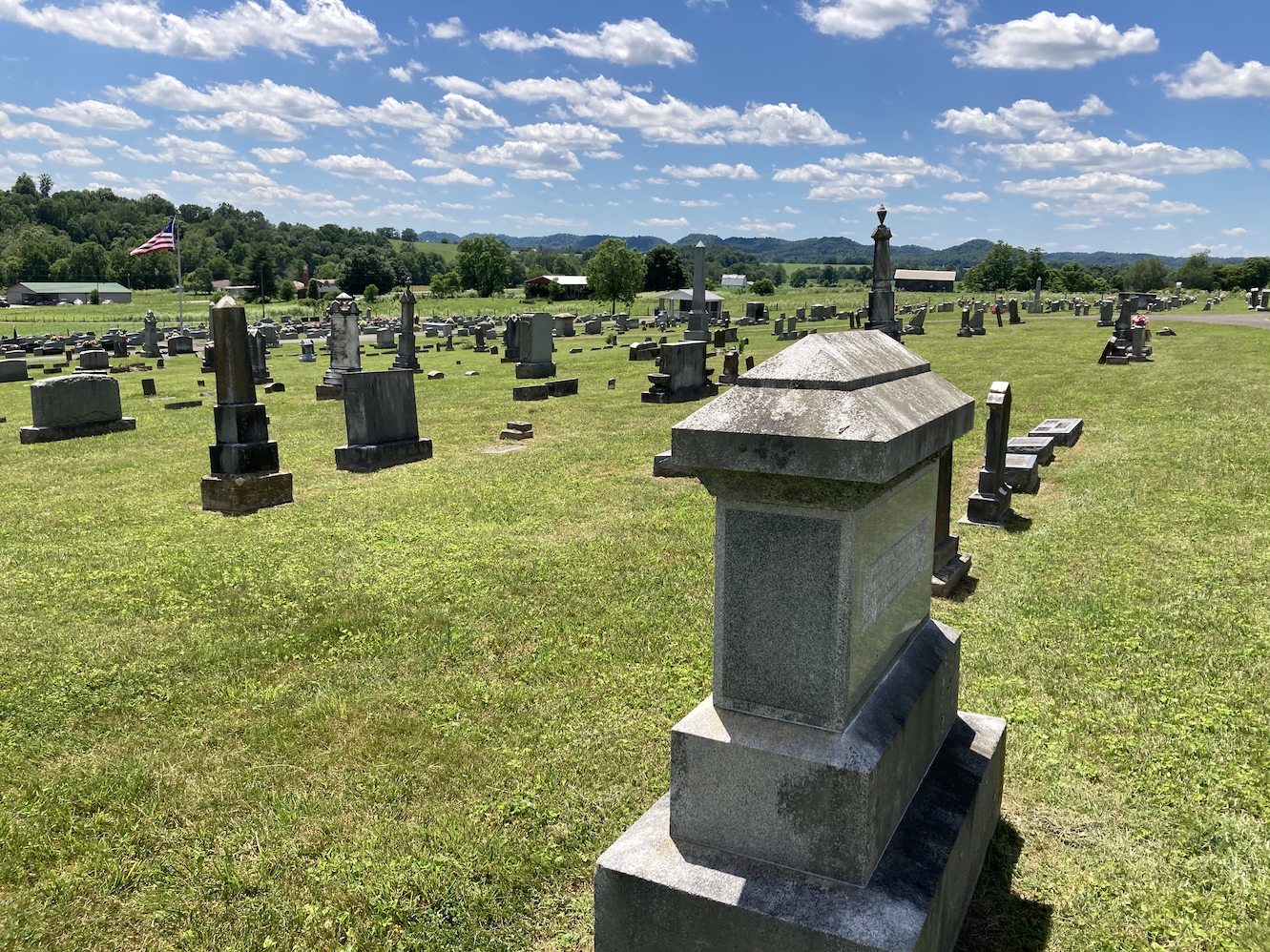 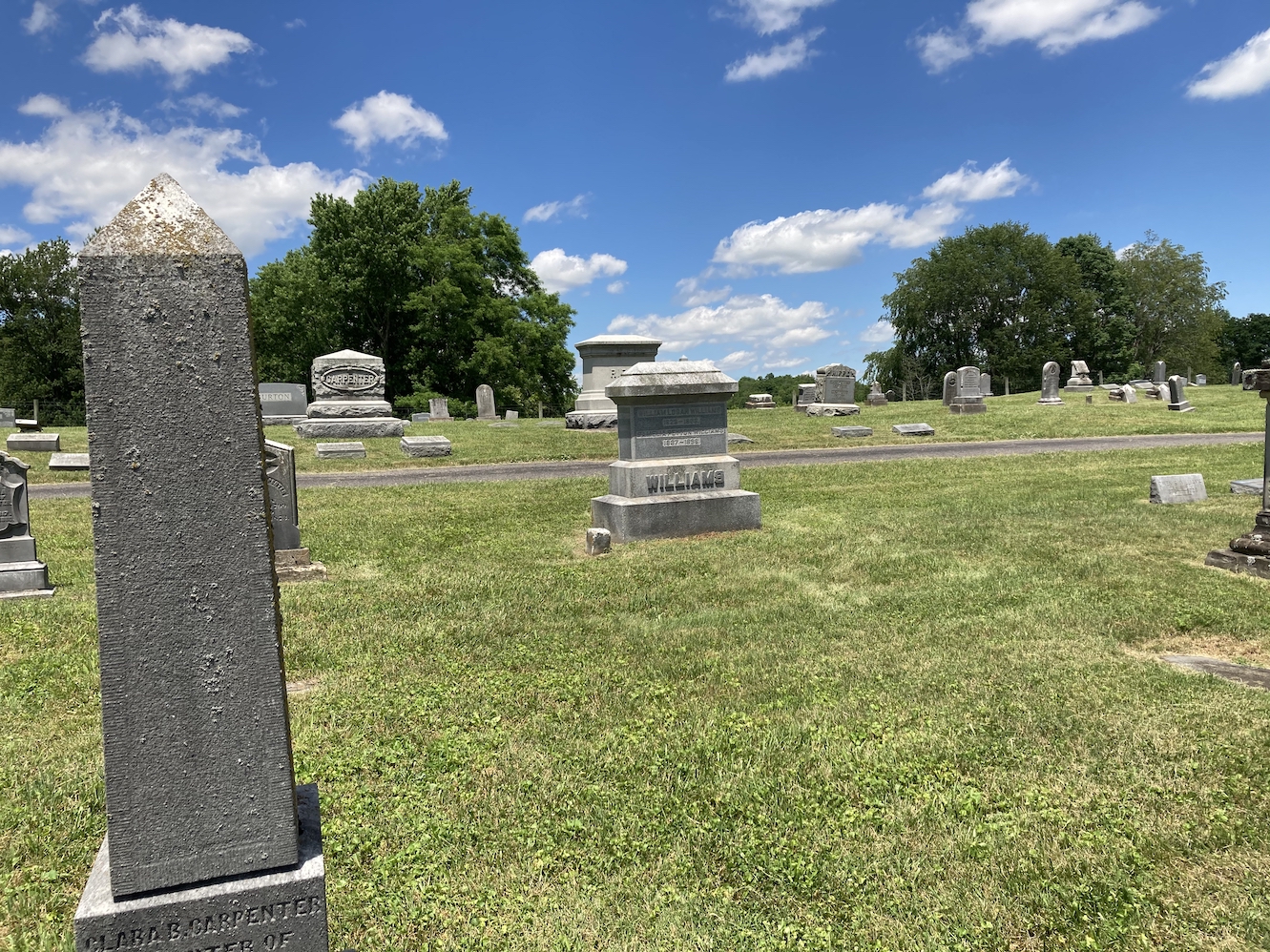 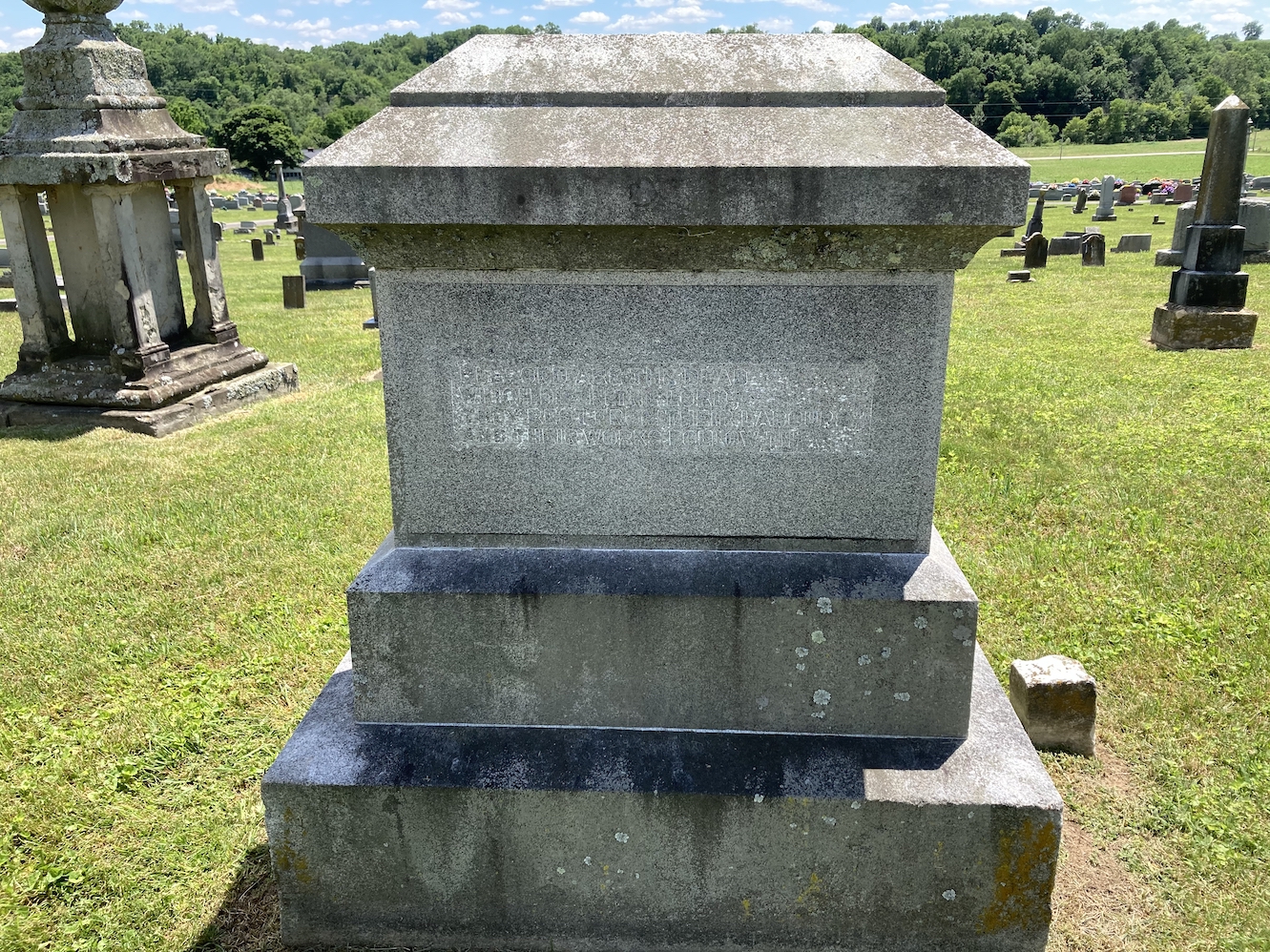 Blessed are the dead,
Which die in the Lord,
They rest from their labours,
And their works do follow them. 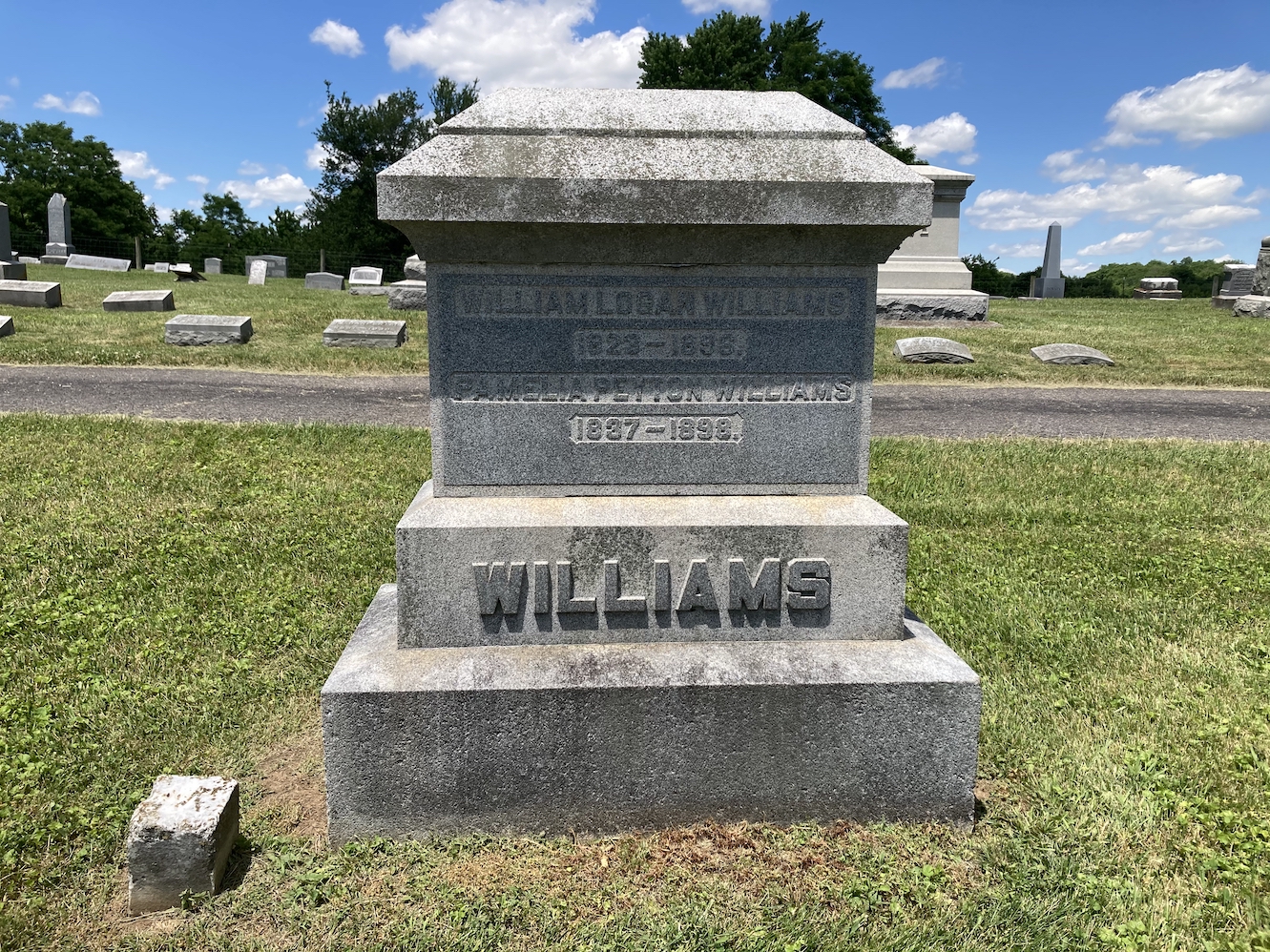 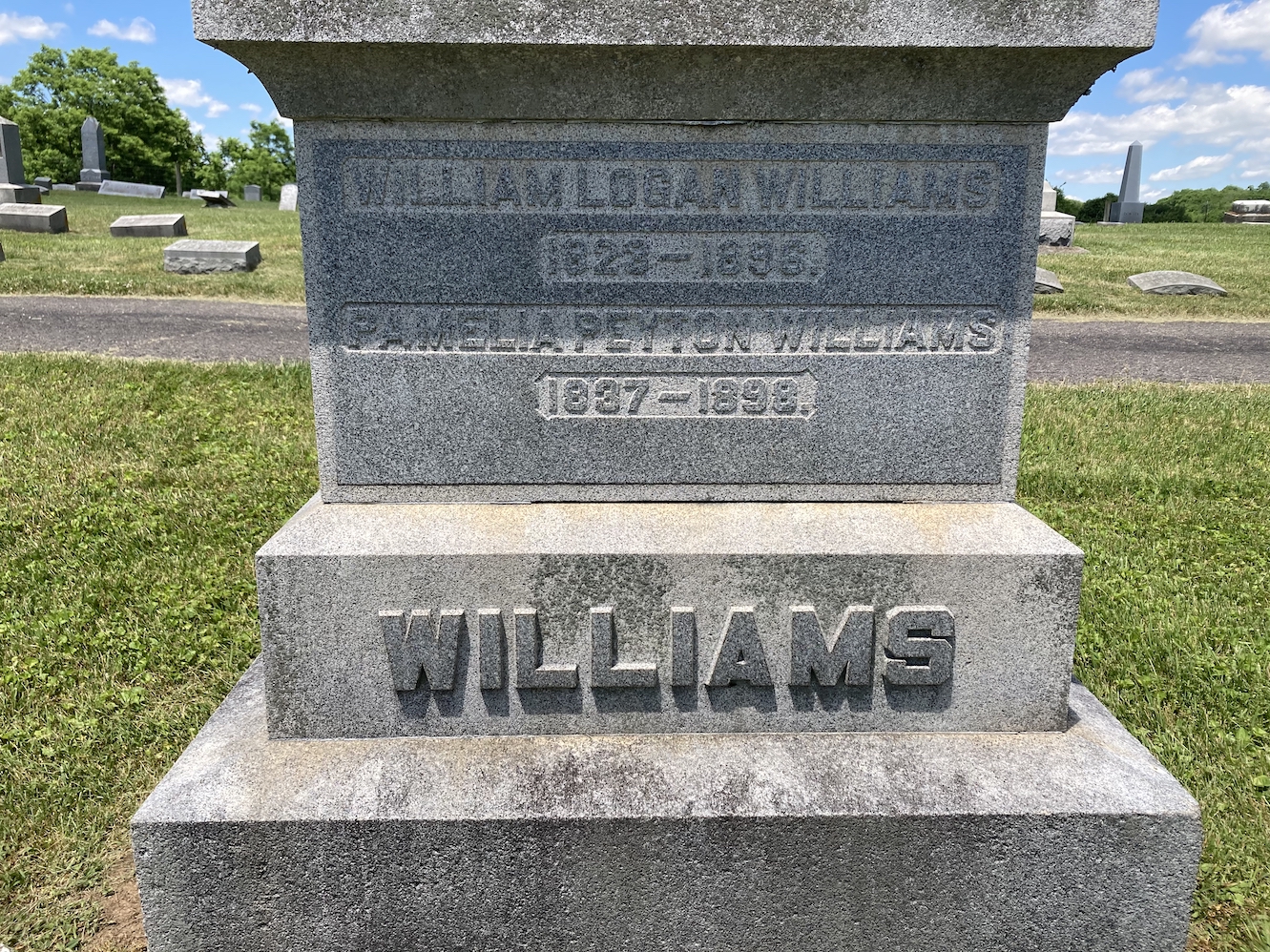 Special Recognition: Special thanks to Garry L. Hill who assisted me in the location of the grave of W.L. Williams. We took a day trip to north central Kentucky, visiting several graves of gospel preachers of yesteryear.