Search For The Ancient Order Vol. 2

Along with McGarvey was J.A. Meng of Moberly, Missouri. Writing in 1879, Meng declared that in the state of Missouri only six congregations were using the instrument. He was opposed to it. But what should he do about worshipping with these that used the Organ?" Were I to go there, I would have either to worship with the organ at the expense of my conscience; or, if I got them to let it remain silent while I was there, I would have the satisfaction of knowing and seeing that some of the members were staying away. Why stay away? Anything wrong about the things commanded? No, not that they could not "hear the organ's peal" in the worship of the their lowly redeemer. Why this trouble, this unpleasantness, this non-fellowship? Any precept, precedents or necessary inference, in the way of that union sweet and dear esteem that should be manifest in all out actions toward one another? No. Nothing of the sort. But, instead of that, human devices have crept in, the leaders have turned the people away from the simplicity of the worship to serving idols; those idols are dearer than their brethren for whom Christ died, and those strongly resemble those people of whom the Lord said, by the mouth of the prophets, Hosea: Ephraim is joined to her idols, let him alone."    -Earle West, page 233

Ming stood with W. B. F. Treat, both men called powerful writers and influential men. West goes on to say that Ming stated that "Each congregation is independent so far as its own worship and work is concerned. But all congregations are under the same King, and under the same laws. Meng affirmed that if a thing like the organ is not prescribed, it is not lawful, and then cannot be introduced except in violation of the constitution of the Kingdom."

The Thousands of friends of Elder James A. Meng will be shocked today when they hear of his death. The event was not wholly unexpected, as he has been in declining health for several months. His disease was general debility and prostration of nervous energy.

The writer of this notice has known him for a great many years, ever since his early manhood. he had peculiarities, but he was a man of many sterling qualities. Thoroughly honest, scrupulously conscientious and devoted to the cause he so early espoused and ably defended, he was widely known in Missouri and greatly admired for his unflinching manhood. His independence of character was one of his peculiar characteristics, and this quality gained him some enemies. But no one who knew him will deny that he was unselfish, honorable, sincere and manly. His life deserves a better notice than this hastily written sketch. He was about fifty-three years old. he died this (Monday) morning at 8 o'clock.

The funeral will take place at the Christian Church at 3:30 o'clock on Tuesday.

Directions To The Grave Of J.A. Meng

J.A. Meng is buried in Oakland Cemetery in Moberly, Missouri. Moberly is located about 30 miles north of Columbia, Missouri on Hwy. 63. Get off Hwy. 63 in Moberly at the Missouri Ee exchange and turn left (E. Rollins St.) Note the cemetery on your right. Go into the cemetery to the life-sized statue of Abraham Lincoln. The Meng plot will be about 150 feet south of the statue and about 45 feet to the east. Be sure to see map below. 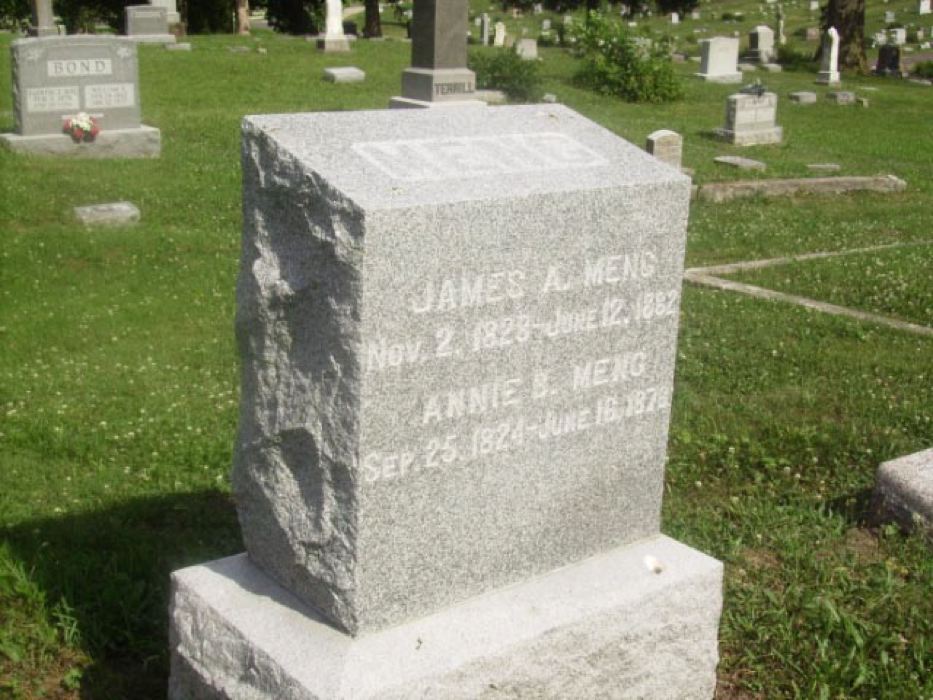 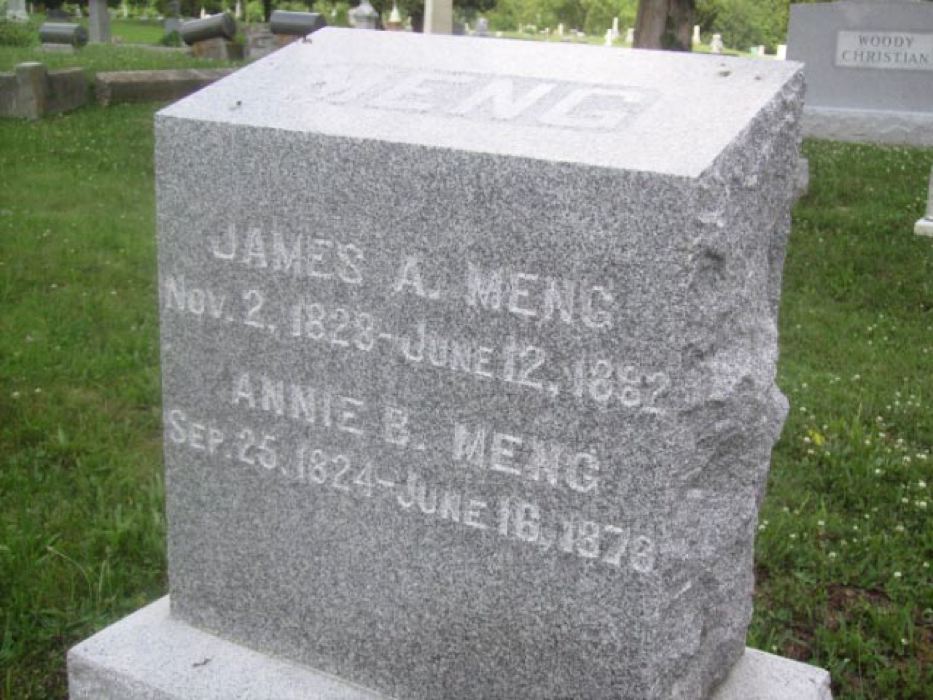 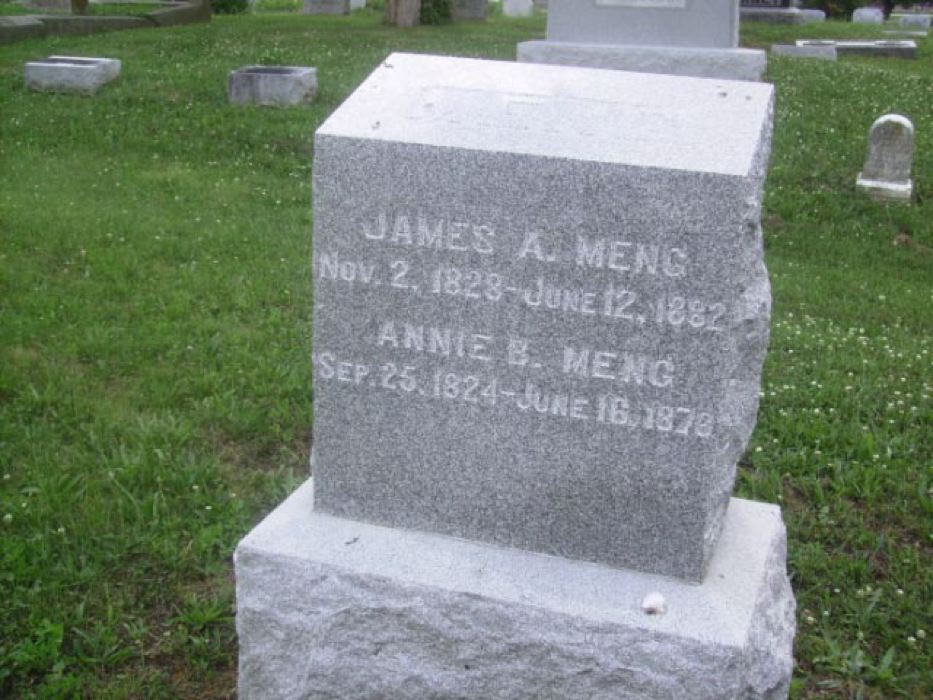 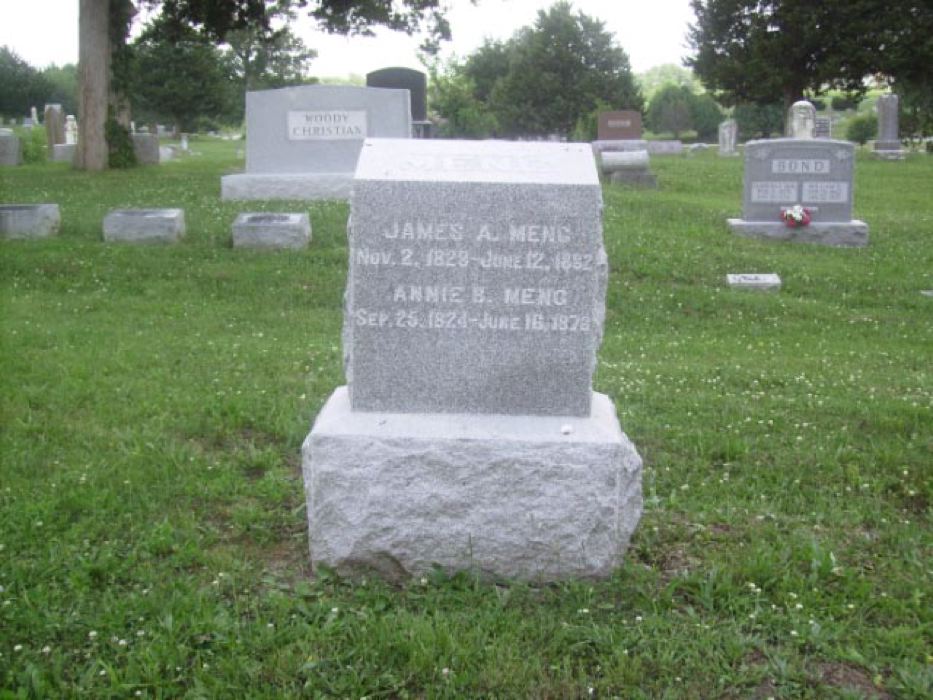 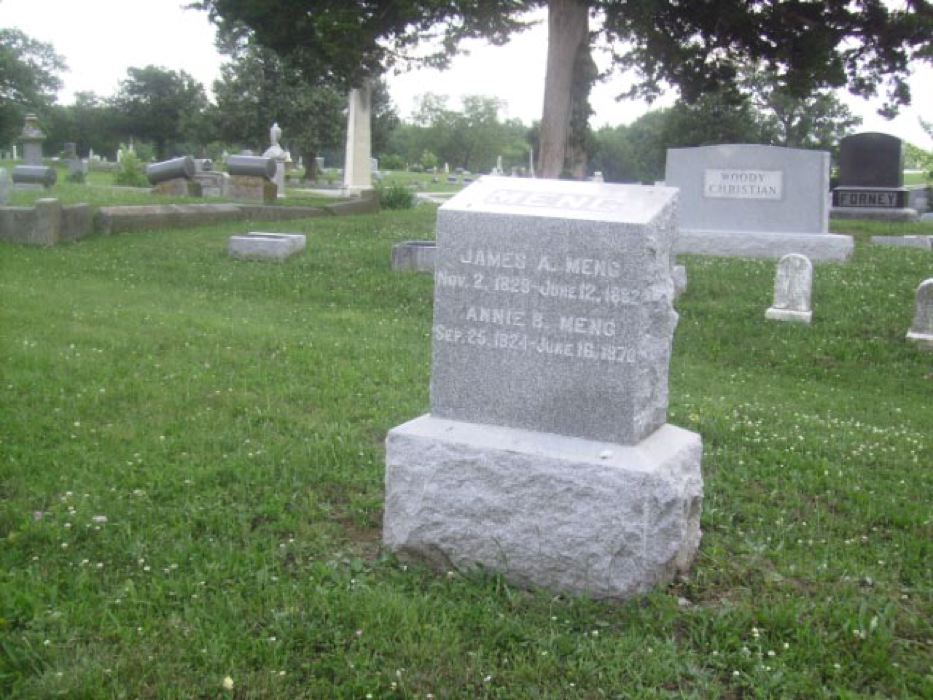 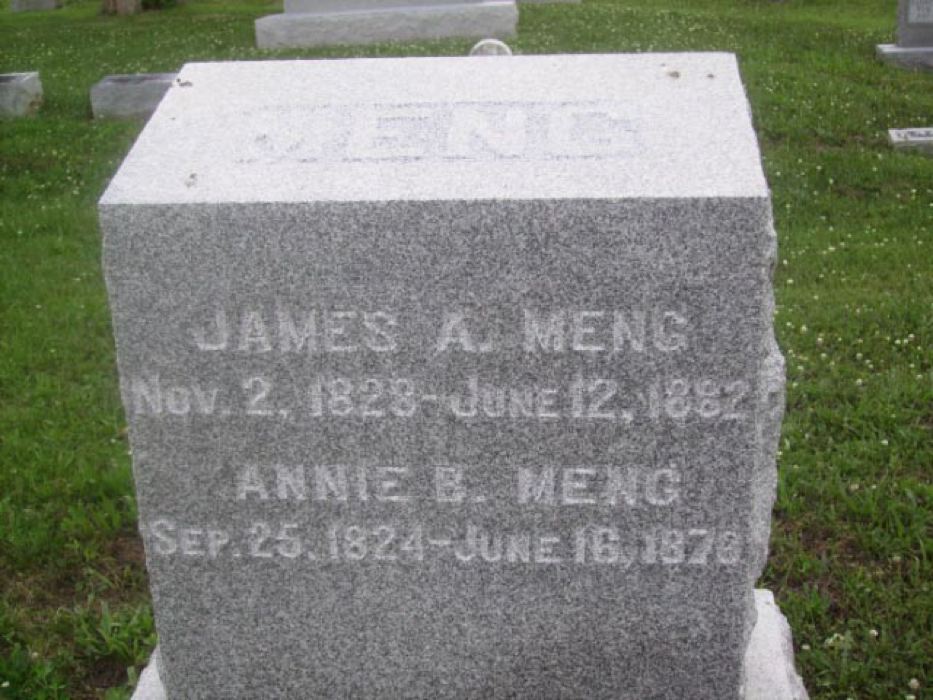 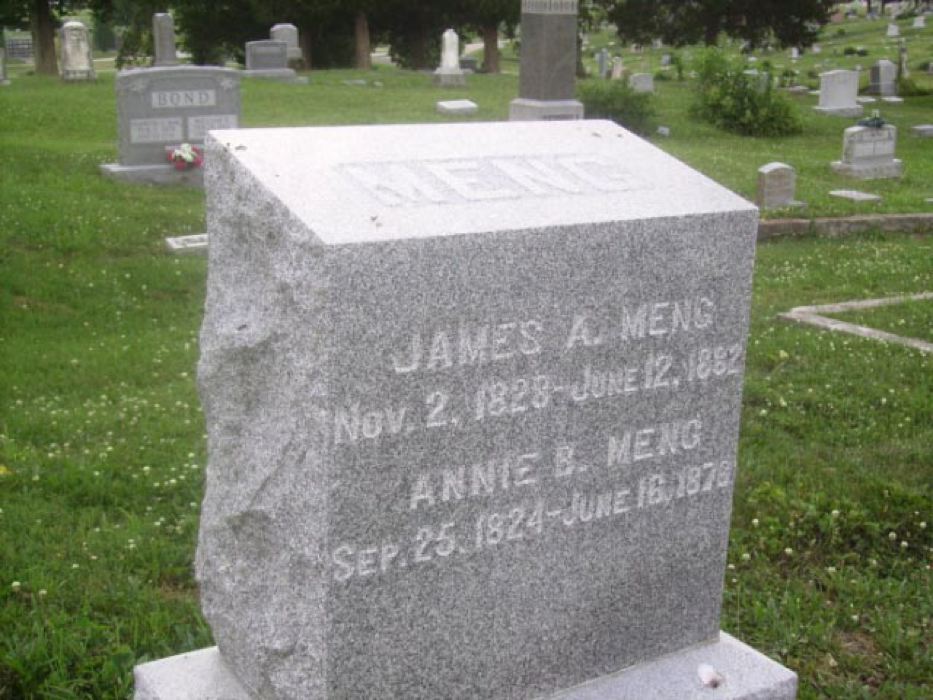 Special Thanks are extended to Lloyd and Irene Pelfrey for taking the photos you see on this site. Some years ago, Wesley Snyder of Mexico had sent photos he had taken, however storms had left a big tree down just behind the monument. With the old tree now removed, the newer pictures are a welcome addition to our site.