His Birth. Marriage. Conversion. Removal to Ohio. Ordination.
His Character as a Preacher. Last sickness and death.

ELDER John Hardy was born in Dinwiddie County, Virginia, on the 17th day of November, 1779. His parents removed when he was young to a frontier settlement of. Kentucky during the Indian hostilities. John Hardy professed religion during the great revival in the year 1801. He very soon afterwards became convinced that a dispensation of the gospel was committed to him, and that it was his duty to improve the talent God had given him in admonishing his brethren to do their duty and exhorting sinners to flee the wrath to come. He had very great difficulty in overcoming his natural timidity, but through grace he finally overcame so far as to venture upon the all important duty. He was married to Rachel Downing on the first day of March, A. D. 1803. and in the fall of 1808, he removed with his little family, to Preble County, Ohio, and bought a small tract of land on Paint Creek, within four miles of Eaton, the County seat, on which he commenced opening a farm in the midst of a dense forest. This with the cares of a young family occupied a good part of his time. But the great worth of souls, and the obligation that he felt himself under to his God and his fellow men, bore with ponderous weight upon his mind, and when opportunity offered he would sometimes venture to exhort his fellow men to seek salvation through the Lord Jesus.

The preaching brethren, (particularly David Purviance), observing that he had a peculiar gift for public speaking, and also that he was very modest and unassuming, encouraged him and opened his way as far as they could, by giving him their countenance and approbation. In the summer of 1810, he was ordained to the work of the ministry by Elders David Purviance, Hugh Andrews, and Richard Clark. He continued humble and devout, and very soon became a very popular preacher, and spent a good part of his time in the work of the ministry. He became in a short time the pastor of several very respectable churches. His talent and manner of preaching were calculated to render him both popular and useful. His early opportunities were not very good, and his education somewhat limited. Yet it appeared nature had lavished her gifts upon him. and grace qualified him for becoming a very useful minister, by using his own industry in the study of the scriptures of divine truth. He was not what is generally called a reformation preacher, although it is believed he was instrumental in turning many to righteousness. But he had a peculiar gift for building up the church and feeding the flock of God. He was with propriety called one of the sons of consolation. He was methodical and systematic in his discourses. His voice was soft and harmonious. All his gestures were easy and graceful, his countenance pleasant and agreeable. In reality, his whole manner was eloquent and interesting, well calculated to entertain and edify all classes, particularly those of a refined taste, but by no means a fawning sycophant. He admonished to duty faithfully, exposed error and vice with firmness, and was ingenious to point out the imperfections of man and show a remedy. He was very far from being a fanatic. He never became enthusiastic, but was a friend to good order and propriety. He presented truth with clearness, and depended on the Bible to shield him from the sarcastic darts forged in the schools of bigoted sectarianism.

The greater part of his labors were confined to eastern Ohio. But he did not forget the state of his boyhood: he paid several visits to Kentucky, and spoke the word of life to his former associates. But alas! In the midst of his usefulness, and at a time when his labors were much needed in the churches, disease and death appeared to single him out, and aimed its destructive dart, not only at him, but through him it wounded his family, and neighbors, and many friends, and particularly the churches of his charge. He was pastor of the church of Christ at Eaton, and also of the church at Burlington, Hamilton County, at his death. They both deeply felt their loss. In the fall of 1819, he was cut down with a fever that baffled the skill of his physicians. He suffered extremely, but bore it with all the patience of a philosopher and Christian, and on the 25th day of October he expired, and left the labors and toils of this inconstant life, for the inheritance reserved in heaven for those who are kept by the power of God through faith unto salvation.

He lacked but a few days of forty years of age. This unexpected Providence of God cast a sudden gloom over many churches in Ohio and the eastern part of Indiana, where his labors had been a blessing for the last few years; but their sorrow was not so much on this account, as on their own and their children's.* Elder William Gordon preached his funeral at Eaton; and the church at Burlington had a funeral discourse delivered in their meetinghouse to show their respect to their beloved Pastor.

Elder Hardy as a man was obliging, benevolent and respectable. As a preacher he was studious, devoted, and exemplary: an ornament to society worthy of imitation. As a husband and father he was affectionate, faithful, attentive, and indulgent.

*The writer recollects perfectly that when he first heard of Brother Hardy's sickness and expected death that his conclusions were these: "Surely our good Lord will not let so good and useful a preacher as Brother Hardy die, while his labors are so much needed in the church." But he was brought to feel that he was a poor short-sighted creature, and ought not to call in question any of the Providential dealings of God. The Judge of all the earth will do right.

Directions To The Grave of John Hardy

Elder John Hardy is buried in the Friendship Cemetery in Preble County, Ohio. It is remote, but the best way to get there is to take I-70 east of Dayton, Ohio to Exit 10, Hwy 127, and head south toward Eaton. Continue through downtown Eaton, and head sw on Hillcrest Dr./Hwy. 732. A few miles south of town, Hwy. 732 will take a hard turn to the right. When this happens you are very close. Turn left on Winters Road, and the cemetery will be on your left. While in the cemetery be sure to visit the graves of Reuben and Moses Dooley, both of which were preachers among Restoration Churches.

Note: There is another Moses Dooley to the right side of the cemetery. Do not confuse it with the father of Reuben, who is buried next to him. 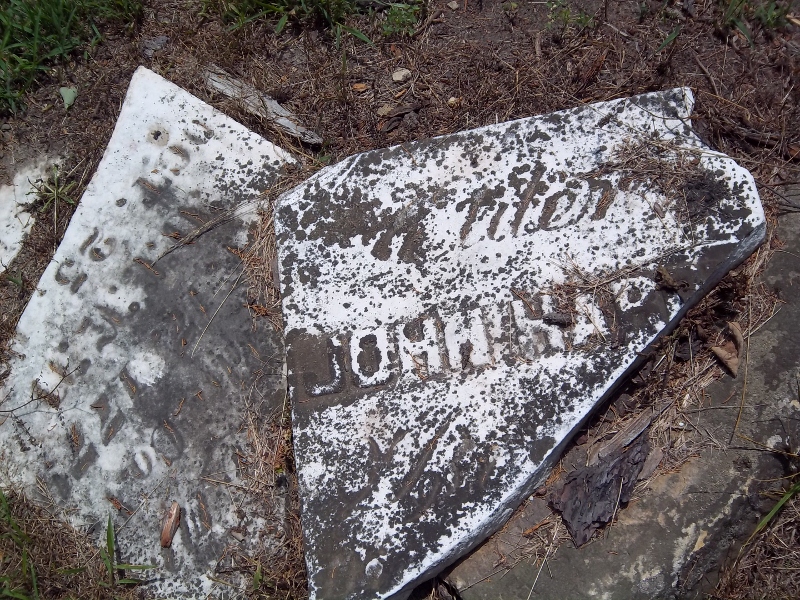 How the grave was found 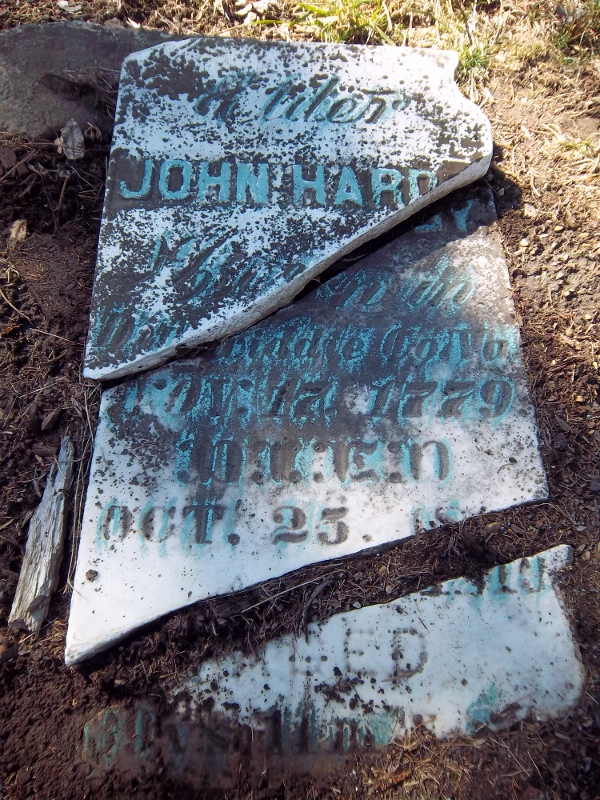