GEORGE Slideler was born in Washington County, Pennsylvania, on the 12th day of May, 1776. He was raised and educated in that State, and married to Abigail Wolverton, daughter of Col. Wolverton. After marriage, he emigrated to Ohio, and resided in Athens County until the year 1806, when he removed to Preble County, and bought a tract of land and commenced a farm in the wilderness. The first season he felled the trees, cut off the limbs and brush and burnt it, then planted his corn among the logs, and cultivated it with his hoe. He had no fence around it and raised a tolerable crop. The writer was there the following winter. It looked quite novel to see the cornstalks standing among the logs in the midst of a dense forest. By the next year he was under the necessity of fencing his fields, to keep the stock from destroying his crop.

On the first organization of the militia of this county, he was elected to fill the rank of Captain, and made a very popular officer.

In the summer of 1808, David Purviance commenced preaching in the neighborhood. The good "word of the Lord was quick and powerful, sharper than a two-edged sword." It cut to the heart many of this little neighborhood; among them Capt. Shideler became powerfully convicted for sin, and cried to God for mercy, and continued most fervently at a throne of Grace, until he found peace and pardon, through faith in a Redeemer's blood. He came forward at the next meeting and publicly confessed the Lord. He gave a very satisfactory account of the exercise of his mind, and his determinations to serve sin no longer; and publicly declared his determination to follow the Lord Jesus Christ, through evil as well as good report, and requested David Purviance to baptize him. Kid. Purviance asked when he wished to be baptized. He answered. "Now: today." The earth was covered with snow, and the waters locked in ice. A good old friend near him said, "Why man it will kill you." He answered, "I am not afraid of that." The ice was cleared away, and they both went down into the water, and Eld. Purviance baptized him there, and he went on his way heavenward rejoicing.

He was from this on a bold and faithful soldier of the cross of Christ, and immediately commenced exhorting his fellow beings "to flee the wrath to come and lay hold on eternal life." And in the year 1810, he was ordained to the work of the ministry by the laying on of the hands of Elders David Purviance and Abraham Voorhis. He gave himself up to the work of the ministry, and pursued a straight forward course. He traveled and preached much, and became very useful.

There was something noble, commanding, in his appearance. He was spiritual and devoted, very fervent in brayer. He was a good practical preacher, but was more successful in exhortation. He was forcible and powerful in delivery and was what with propriety might be called a reformation preacher.

He traveled in Kentucky, Pennsylvania, and Indiana. But the field of his general labors was in Ohio. Many souls were converted through his instrumentality. He is among those who have turned many to righteousness, and will shine forth as the stars for ever and ever.

But in the midst of his usefulness he was cut down by the shafts of death. The last meeting he ever attended, and the last public speech he ever delivered, was in the public meeting house in the town of Eaton. On Monday at the close of a very interesting meeting, he came down from the pulpit and stood on the floor, and held up the Ensign of eternal Salvation, and in a very powerful and pathetic exhortation, invited sinners to enlist under the Captain of our salvation. It was not without a salutary effect on the listening audience. He returned home in usual health. The same week he went to Hamilton, Butler Co., on business, and was taken sick. He endeavored to get home, but became so very sick that he could not travel, and stopped at Dr. Pollenger's in the bounds of the Bank Spring church, twelve miles from home where he had been preaching for several years.

His family were sent for. He was laboring under a fever over which the physicians had no control. His friends and brethren stood pensively at his bedside endeavoring to grant him some relief. But disease would not relax its hold until death had performed its office, and released the soul from the cage of clay.

His remains were borne to the meeting-house in his own neighborhood, where his body was deposited to wait till the morning of resurrection. He left a wife and two daughters and many friends to mourn the loss.

He had been pastor of the church where he lived, Seven Mile church, and also the Bank Spring church, for several years. By his demise these churches were both left without a regular pastor. Their loss was easily seen; the Seven Mile church finally sunk and is known no more. Some of the members are yet to be found attached to other churches.

The church at Bank Spring labored through some trials and procured another pastor, and is now a respectable church, with a very comfortable house for worship.

Elder Shideler taught by example as well as precept. He was not among those who say and do not. He let his light shine. He was faithful in all domestic relations in life. He was kind and affectionate to his friends. The preachers always found a home at his house, and were made comfortable in his family.

Directions To The Grave of George Shideler

George Shideler is buried in the Spacht Cemetery, north of Eaton, Ohio in Preble County.

From Dayton, Ohio, head west on I-70 to Exit 10/Hwy.127, and head south. Head south toward Eaton about 2 1/2 miles and turn right on Alexander Road. Road will dead end into Hwy 11/Eaton Gettysburgh Road. Turn right. Then take the first road to the left, Spacht Road. The cemetery will be on your left up in a field. By the looks of the photos taken below in March, 2012. 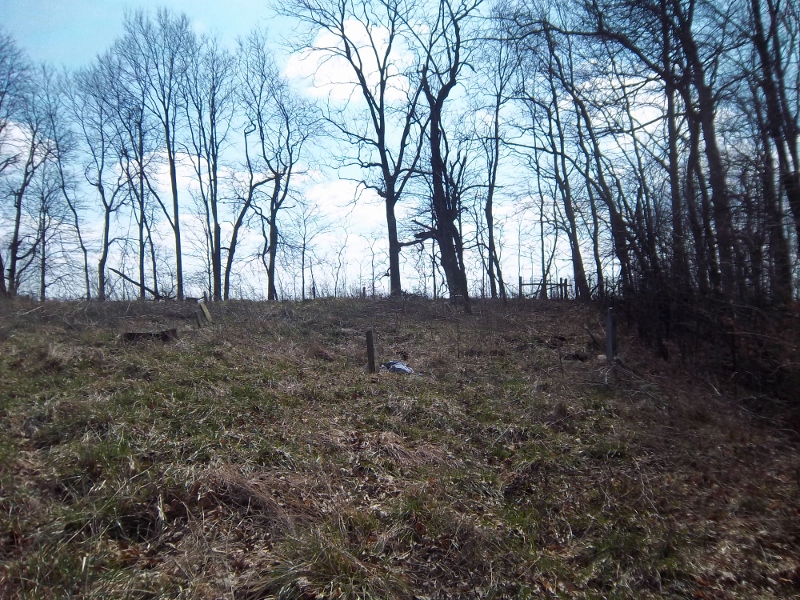 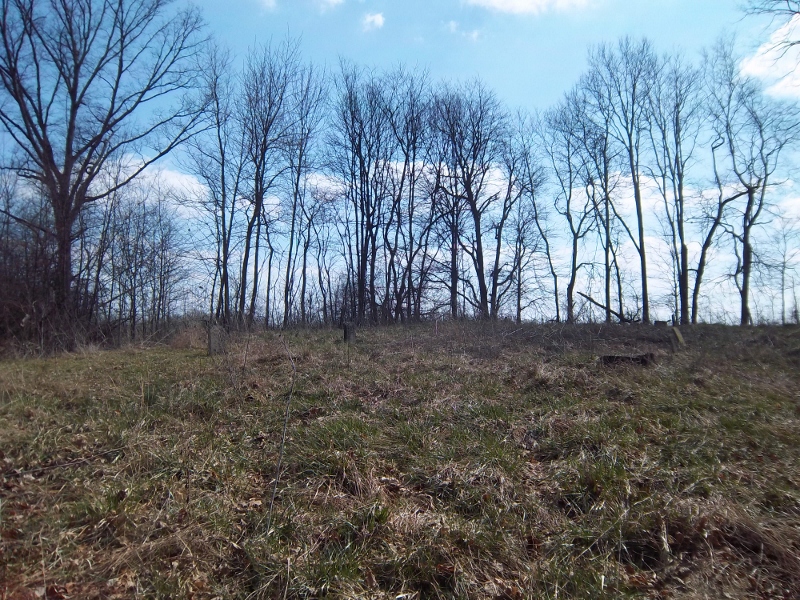 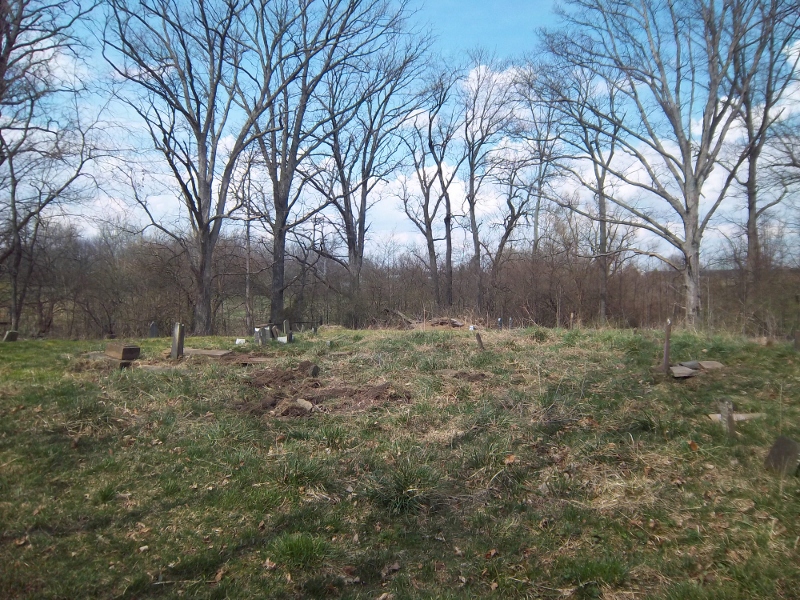 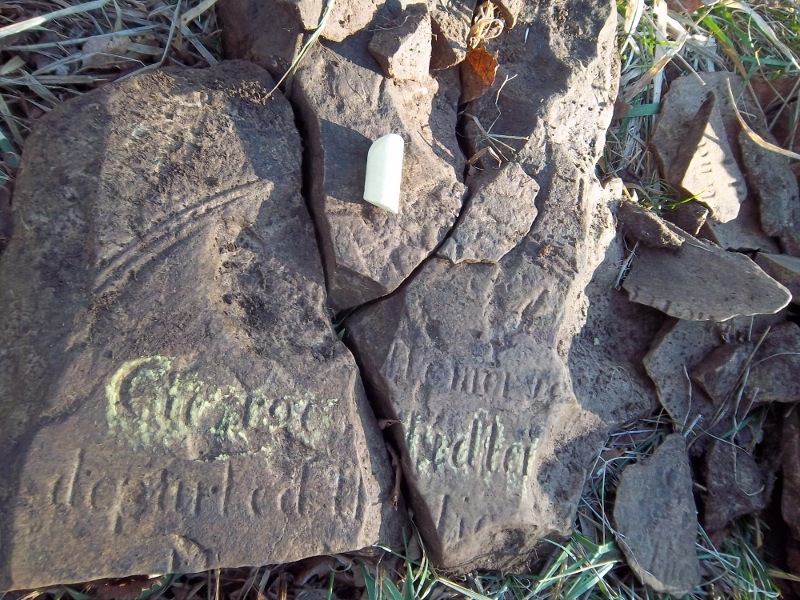 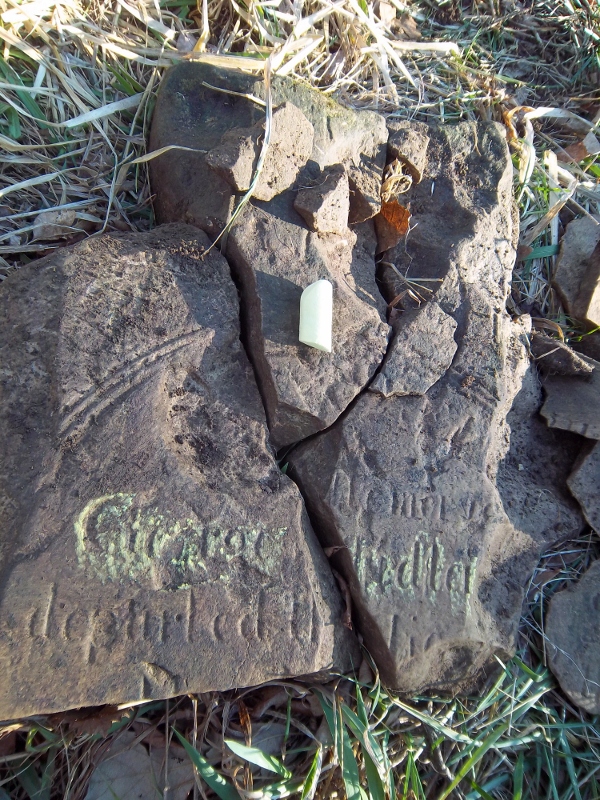 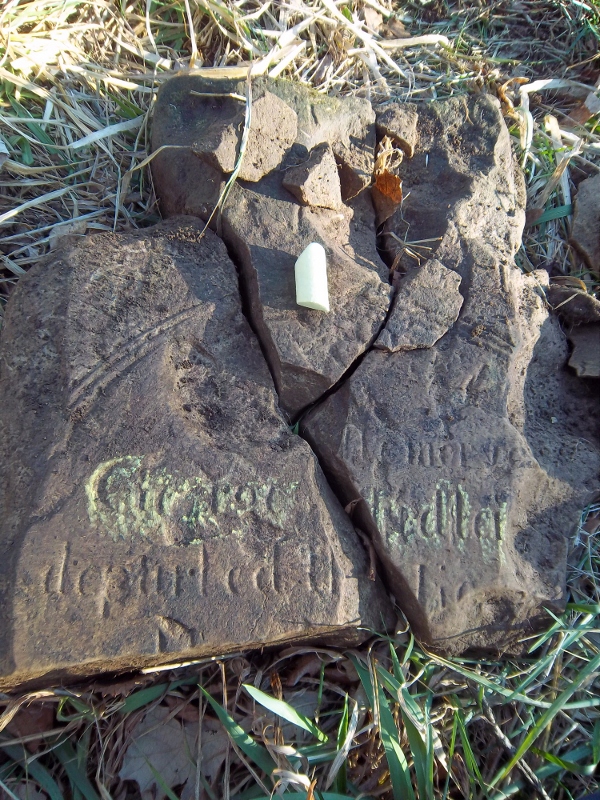 *Special thanks to Curtis Hodson for photos he placed on Find-A-Grave in March, 2012 According to his notes on Find-A-Grave, he had to dig this stone and its fragments out of about 4" of soil. He pieced about 48 pieces together to be able to recognize what you see in these photos.