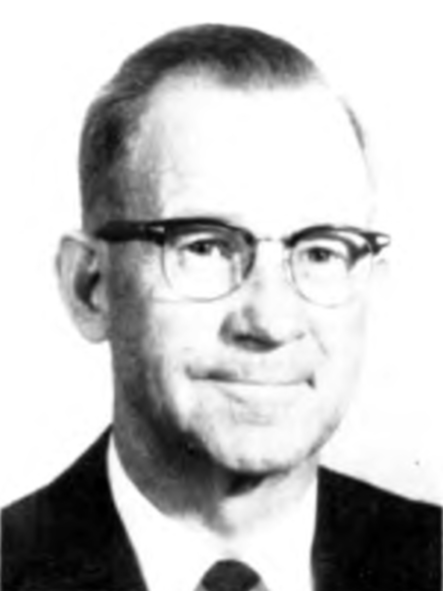 The Life Work Of Earl Brecheen

Earl Raymond Brecheen was one of those unusual men who, while not what is usually thought of as a “full time” preacher, was truly a full time worker in The Kingdom of The Lord.Throughout Southwest Oklahoma and adjacent areas of Texas he was well known as a very capable public school teacher and administrator and gospel preacher. Many small churches within driving distance of Hollis, Oklahoma owe him much for the faithful service he rendered them for more than forty years.

Brother Brecheen was born October tenth, 1899 in the Indian Territory near what is now Wilson, Oklahoma, His parents were John and Camilla Brecheen. His mother was the daughter of a faithful pioneer preacher and his father was a faithful Christian who supported his family by operating cotton gins. His maternal grandfather was Tom Holland, faithful gospel preacher and father of a good family, including Dr. Ben Holland who was well known for his work among the deaf at Austin, Texas. When Earl was six years old the family moved to Turkey, Texas, west of Childress. His father served here as an elder in the church. When Earl was ten years old his father died and his mother took her three fatherless children to the home of her parents in Thalia, Texas. They remained in Thalia until the mother was married to Sam Pierce, of Turkey, who had six children. He was a farmer and the whole family had to work long, hard hours to make a living. The children were usually kept out of school until the crops were gathered in the fall. They attended the public schools in Turkey, and Earl, being very eager to learn, soon caught up with his classes. Before his Senior year in the Turkey high school, three mothers in Turkey were planning to take their children to the Gunter Bible School. Frank Meacham’s wife, Josie, told Earl he could live with her family in Gunter if he would help with the work. He would, and Christians there made up enough money to pay his tuition for the first year, and Earl went to a Bible school. (What a tremendous “return” this investment in a boy produced!) By working at Gunter and in the summer harvest he was able to stay in Gunter until he had completed high school and the Junior College there operated. While in school there he met and married Miss Inus Yowell, daughter of Brother and Sister J.H. Yowell, of Harmon county, Oklahoma. Upon completion of their work in the Gunter school, they attended Abilene Christian University for one summer, getting teacher certificates. They taught a rural school west of Turkey the following winter, and another rural school in Fisher county the next year. Following a year and three summer terms, he earned the B.A. degree from Oklahoma University, and the M.A. degree in 1942.

Three children were born to Earl and Inus in the “depression years.” They are: June Cope, Dr. Pat Brecheen, and Dr. Carl Brecheen, a well and favorably known teacher in Abilene Christian University.

In 1928 Earl began a teaching career in Hollis, Oklahoma that lasted for forty years as a math teacher, grade school principal and principal of the high school. When the children were small Inus did not teach, and sometimes only one salary was hardly enough, but a good milk cow, some chickens and a garden helped out. Some of the times the teacher’s warrants could not be cashed, but a “good” doctor and grocer helped ease that situation. After ten years, with the children all in school, Inus returned to the classroom and two salaries made for better times for the family.

Most of the years in Hollis, Earl did Sunday preaching for churches within driving distance. Such places as Lacey Chapel, (later moved to Ron) O.M., Gould, Shrewder, McQueen, Duke, and Blair were blessed by his labors. In the summers he conducted gospel meetings wherever he might be called. The area where he lived was a farming country, and Earl understood the farmer’s problems and had a deep concern for their welfare. When crops and prices were good the Brecheens rejoiced with the brethren. (When the children were young the whole family “kept” the appointment.) When sand storms, hail storms, late freezes, boll worms and other disasters hit the farmers he knew what it was all about and was able to bring lessons that would increase their faith and give them courage to try again. He led many people to Christ, baptizing them often in the only “baptistry” available — a stock tank or a deep hole in the creek. He married their children, often in the living room of his own home, and was always there when the dead had to be buried. He was truly a part of their lives!

In later years he served as an elder in the Hollis church, and said that it was the heaviest responsibility of his whole life. At his death the Hollis church was in the midst of a building program, the wisdom of which has been vindicated with the passing of time.

Earl retired from public school teaching in the spring of 1965 and took the office of County Superintendent, a position he held until the end. On Sunday morning, April 13, 1969 he was stricken with a heart attack and taken to the Hollis hospital. He was scheduled to preach at O.M. that day and had his sermons ready. The doctors did what they could for him, but at four that afternoon a massive heart attack took him to a better world at the comparatively young age of sixty-nine. On the sixteenth Albert Trent, a faithful gospel preacher of Southwest Oklahoma for many years, conducted the final service and Earl now sleeps in the southeast corner of the Hollis cemetery.

Sister Brecheen says of him: “Earl’s work was not finished, he simply laid it down for others to carry on. He has been needed by the little churches, by the elders in Hollis, and by his family. He probably would have wanted it that way, but none of us were ready.”

Surely the story of the Holland and Brecheen families is typical of the story of many families who brought the church to Texas and Oklahoma, and braved the hard times to stay and keep it as strong as it is today.”

The world has never had many men like Earl Brecheen, and all of us are poorer for his passing, but richer because he lived. Surely the faithful will see him again!

Directions To The Grave of Earl R. Brecheen

The town of Hollis, Oklahoma lies in the most western part of that state, near the Texas Panhandle. If traveling from I-40, take Exit 7 in Erick and head south on Hwy 30. about 40 miles. In downtown Hollis turn left on West Broadway (Hwy. 62). Then turn left on S. Northwestside Road. The cemetery will be about a mile on the left. Turn left in the last entrance into the cemetery on your left. Then turn right immediately and head to the end of the cemetery and turn left. Go up about midway and stop the car. The Brecheen plot will be next to the drive. Plot Info: Section 1 Row 20. If visiting the cemetery, be sure to go by and visit the grave of another gospel preacher buried there, R.L. Gillentine. The exact GPS location of the grave of E.R. Brecheen is: 34°40'07.3"N 99°55'42.1"W / or D.d. 34.668695,-99.928353 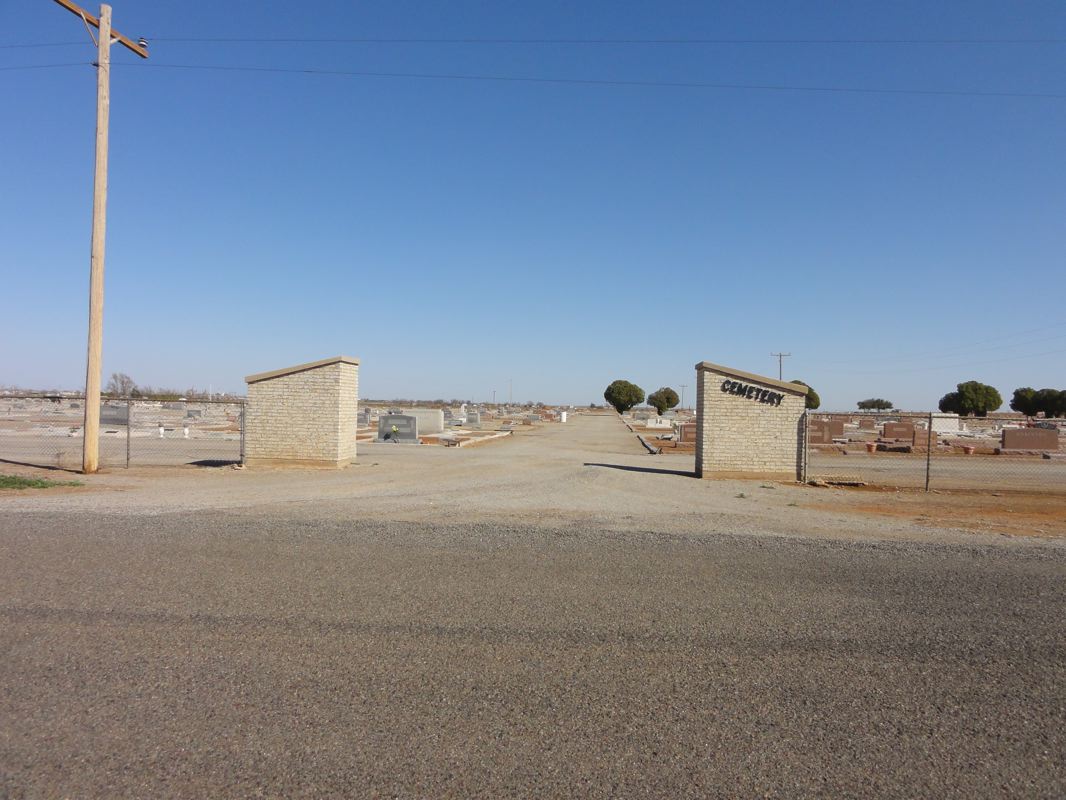 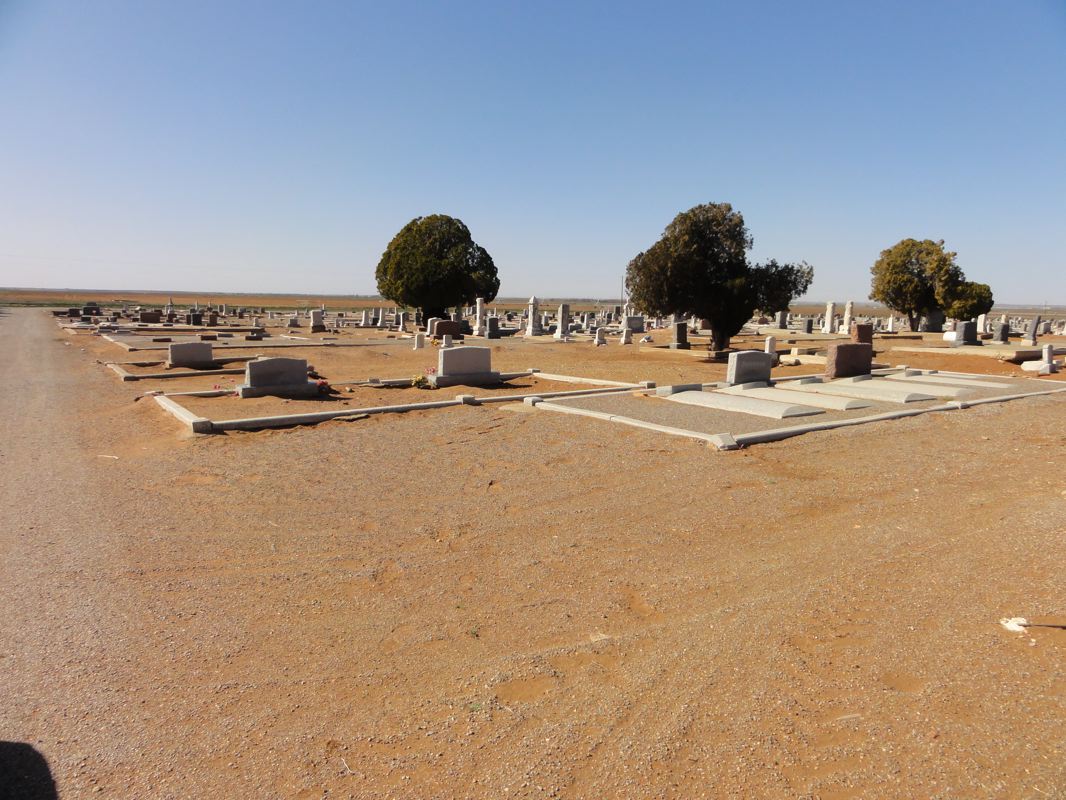 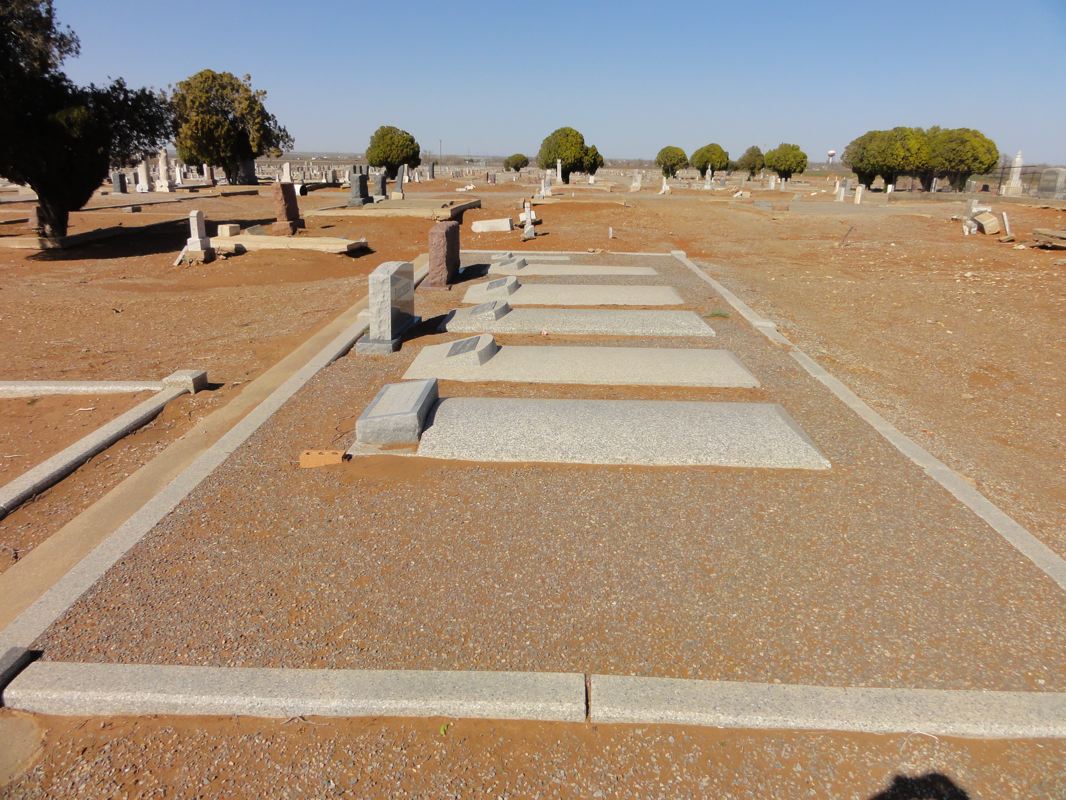 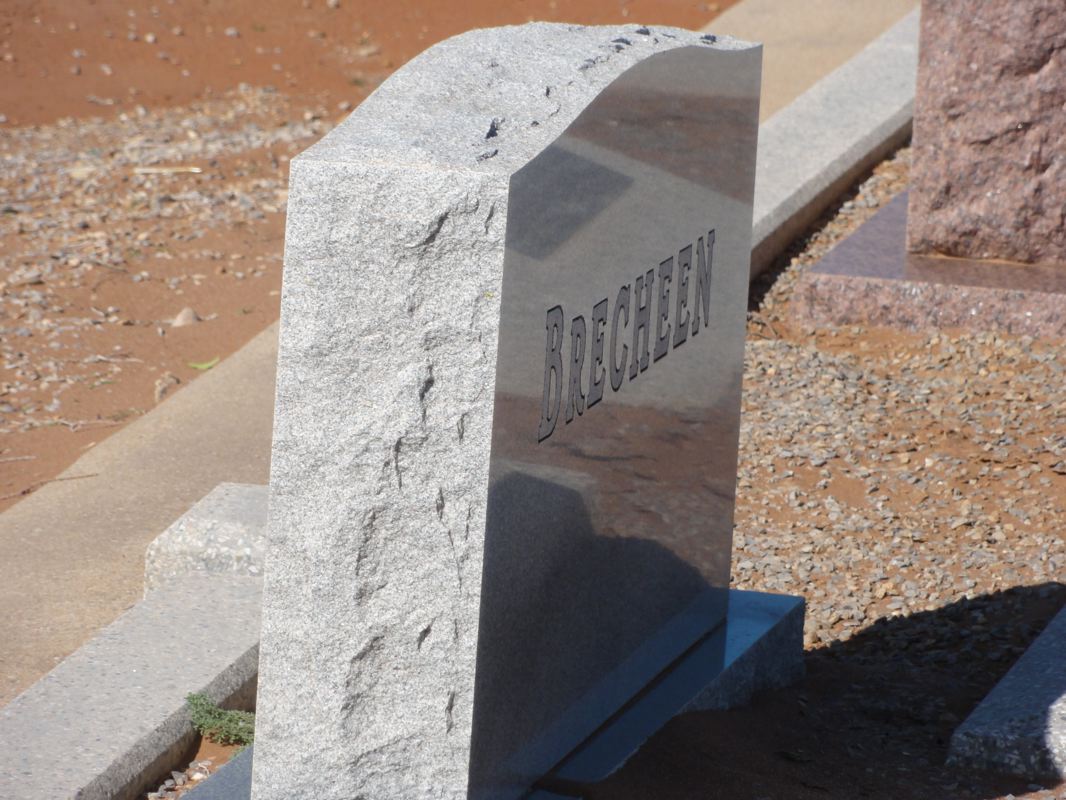 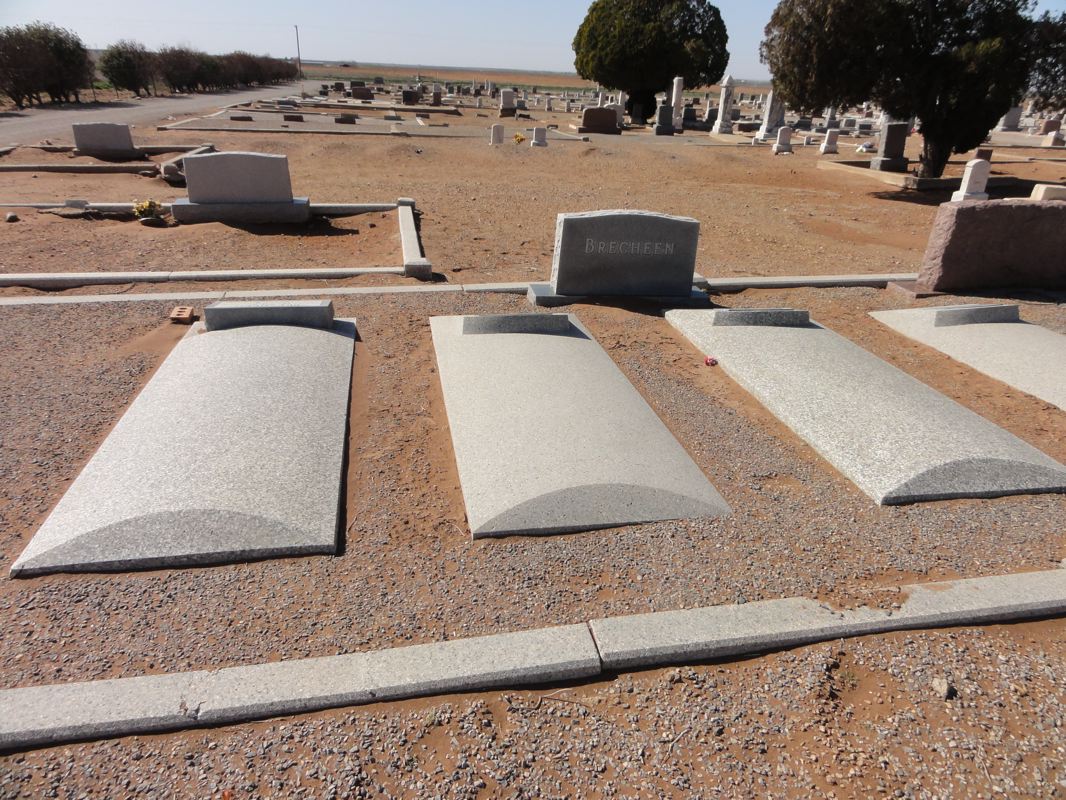 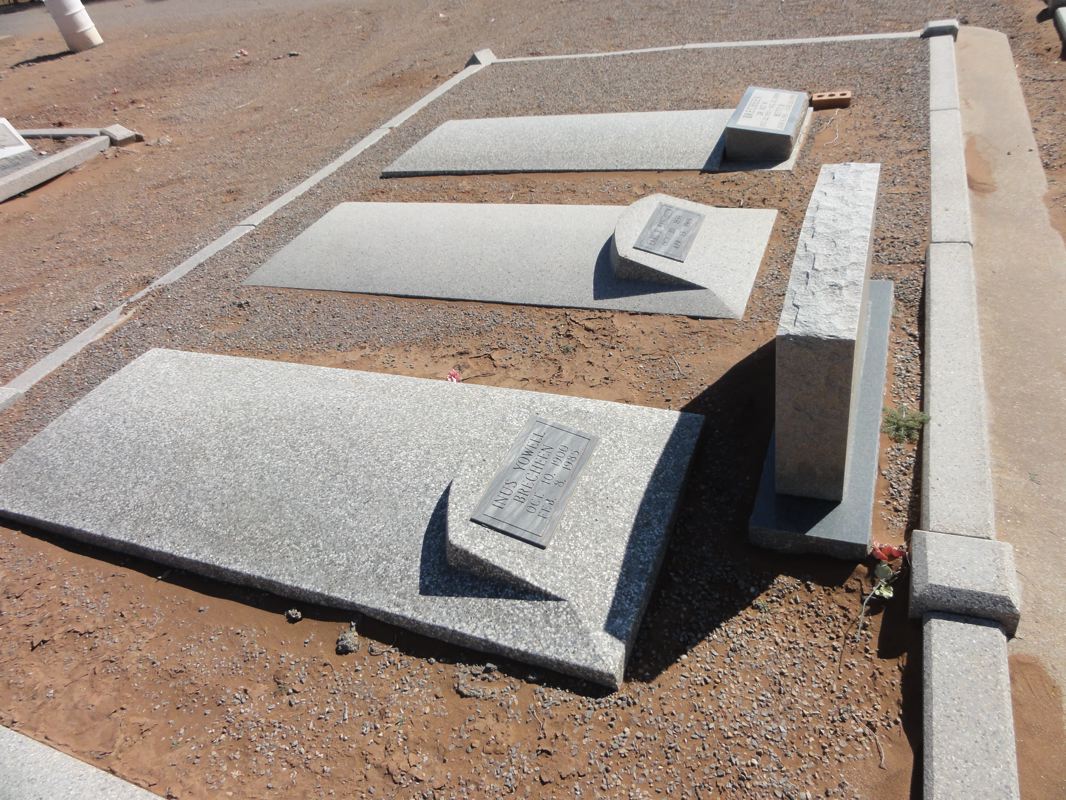 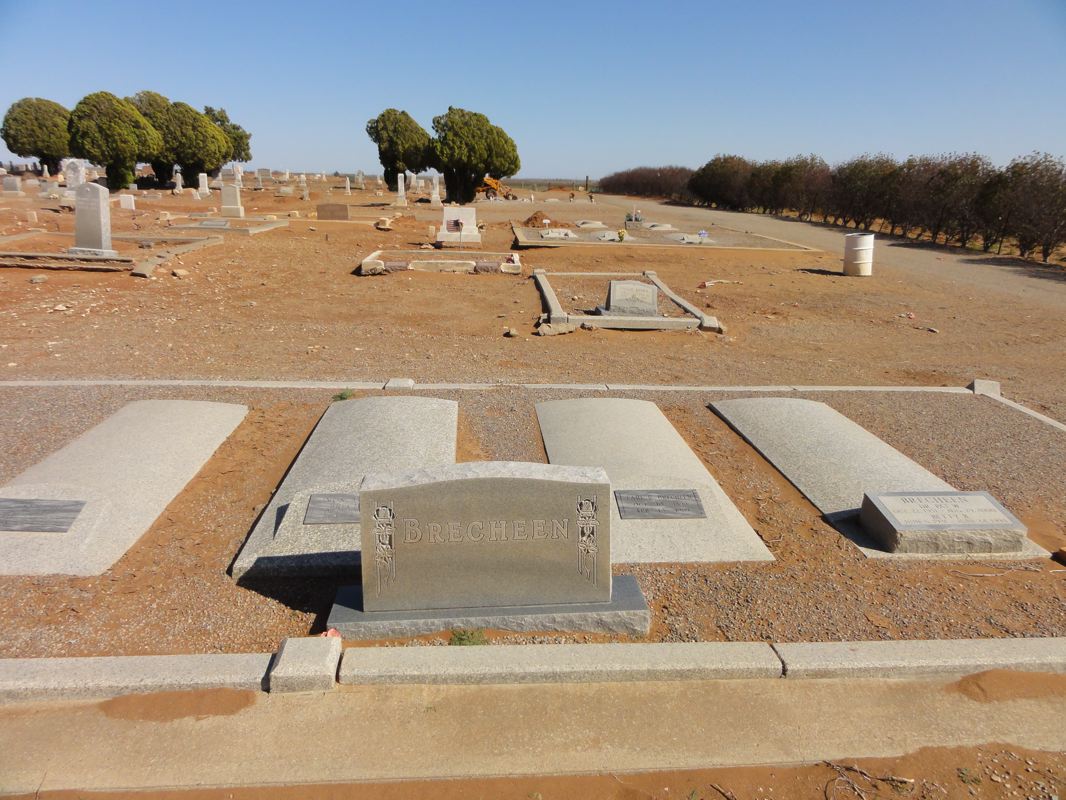 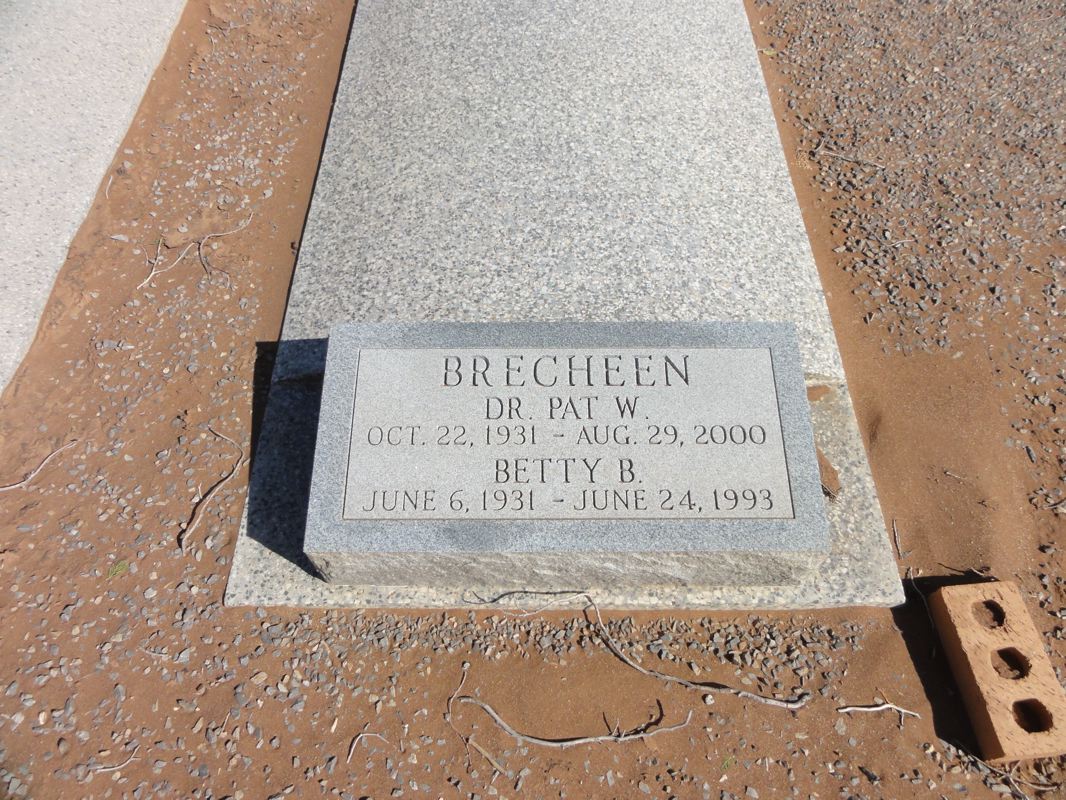 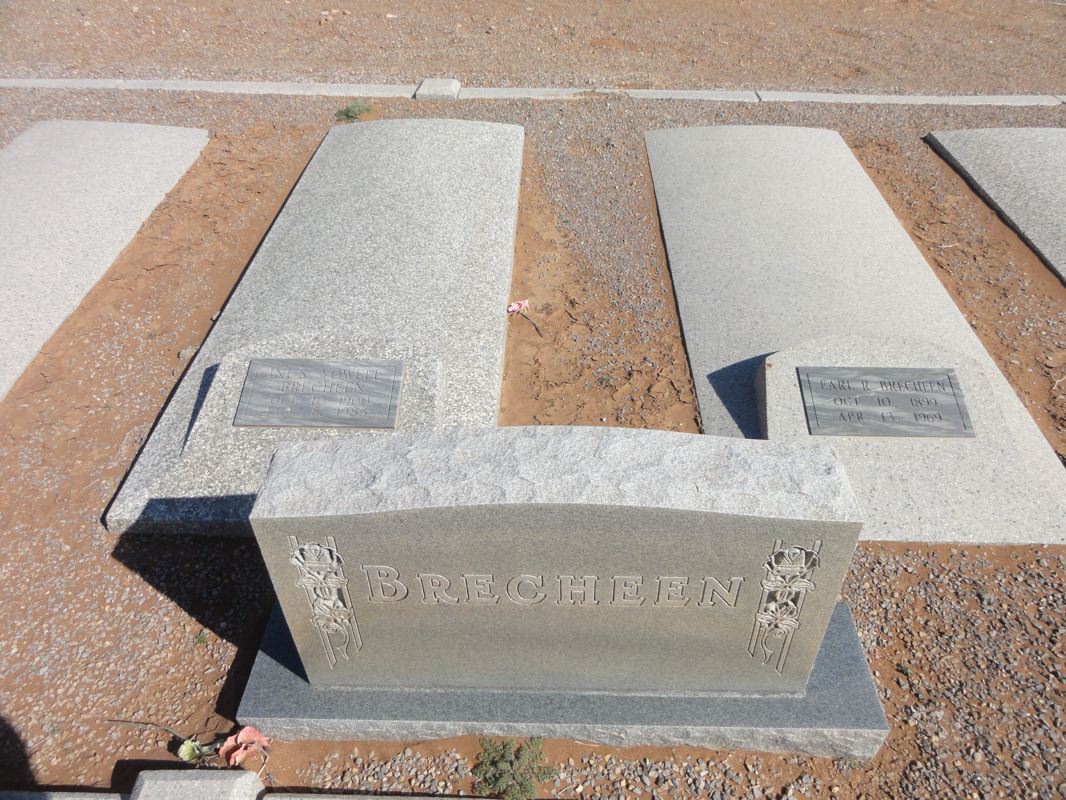 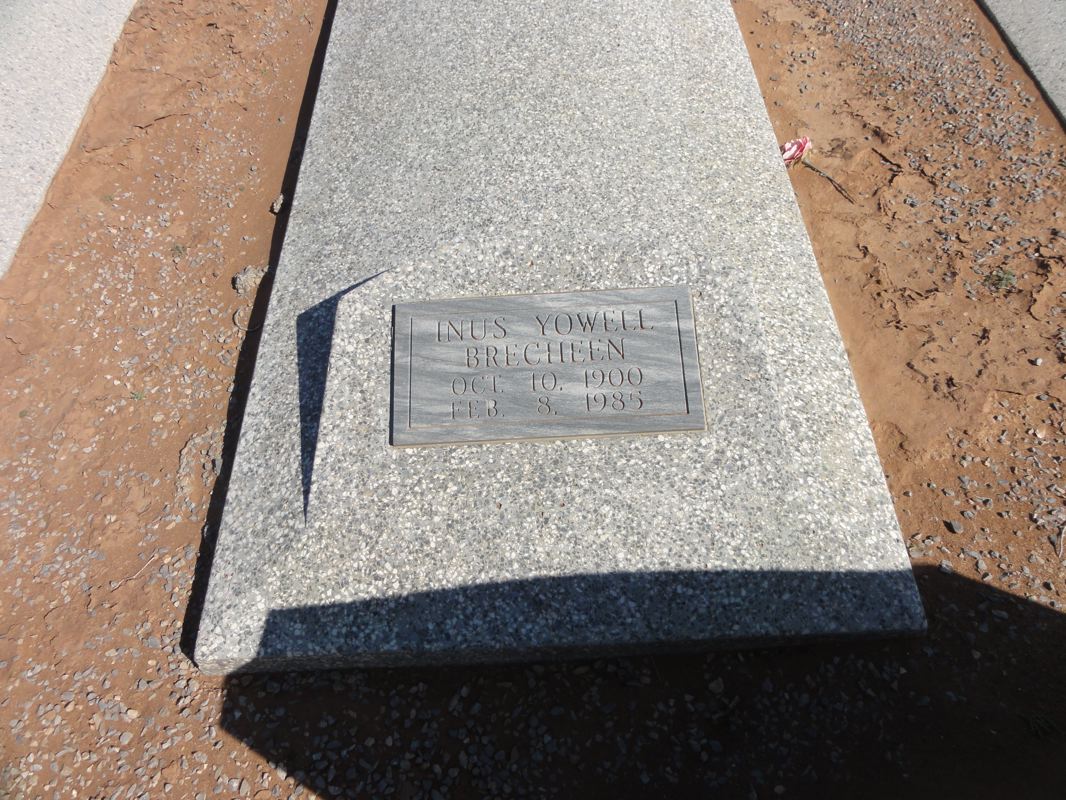 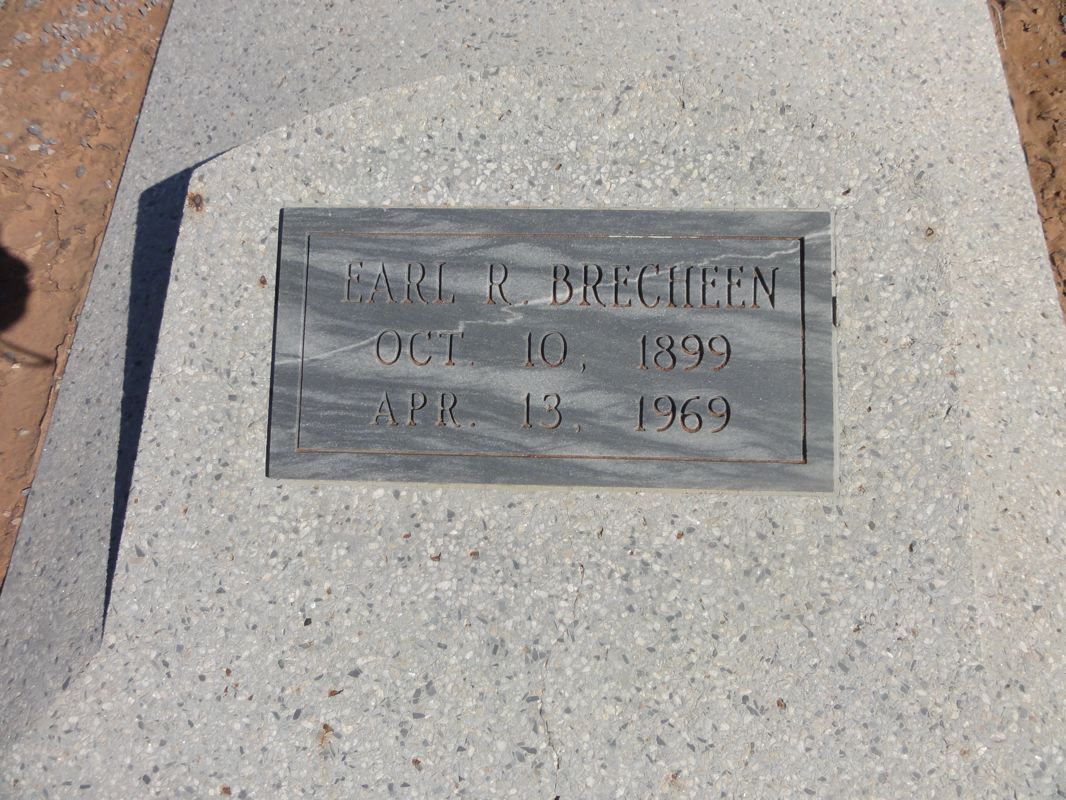 Web editor note: In February, 2012, it was my privilege to visit the grave of Earl R. Brecheen. I was invited to take part in the annual Affirming The Faith Lectureship in Oklahoma City, Oklahoma. Getting into the area early, I was afforded the opportunity to put about 2000 miles on a rental car in order to locate graves of gospel preachers and church leaders of yesteryear in a wide area. My second day I was able to visit the grave of Earl R. Brecheen. If visiting the cemetery, be sure to go by and visit the grave of another gospel preacher buried there, R.L. Gillentine.