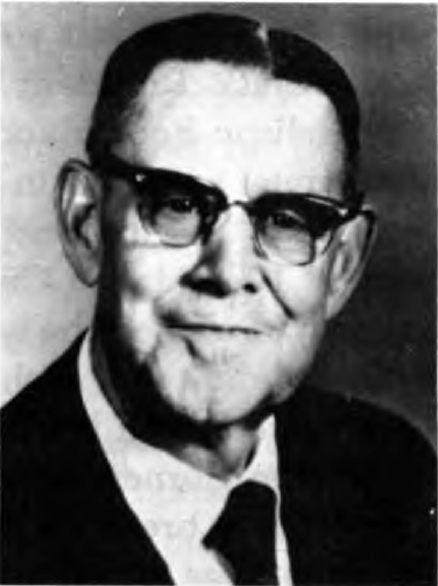 The Life Of Clyde Corner

Clyde Clifford Corner was born April 27, 1904 near Granby, Missouri of Fred and Ada Cole Corner. His parents were members of the Lord’s church and he grew up in a faithful Christian home. He attended grade school at West Union and high school at nearby Diamond. They didn’t “bus” students in those days, and Clyde walked to school every day, regardless of the weather, and in the winter that can be unpleasant at times. While still in high school, he took a teacher’s examination and taught one year at Fairview, Missouri while continuing his own high school work by reporting to his teachers each week. After high school graduation, he taught one year at West Union, where he had the whole eight grades, including his own brother and sister. Following this, he went to Springfield, Missouri where he attended Southwestern State Teacher’s College. In his first semester there (1925) he was asked if he would make a talk before the Church, since their regular preacher was to be away. Though he was not aware of it at the time, this was his “first sermon,” and soon he had many calls to preach. He was encouraged to attend a Bible school being taught by the lamented John T. Hinds, but he had used all his money for the Springfield schooling. The late Sister M. S. Mason gathered funds from the brethren to help him, and so he attended that school in Wichita, Kansas for two terms, preaching much of the time by Sunday appointment. He entered Freed-Hardeman College in the fall of 1927, and had regular preaching appointments while there, however, there were times when they did not pay him enough to cover his train fare getting there and back. This did not cause him to falter nor complain, for he knew he was getting experience that was priceless. In his Senior year at F.H.C. he was class president, Clyde C. Corner 1904-1975 and valedictorian. Following F.H.C. he preached for a year for the Church in Avon Park, Florida, and then enrolled in Abilene Christian College. He had some regular preaching appointments while in A.C.C., but did not have enough money to go home either Christmas. In one of those years he conducted a gospel meeting for an Abilene church during the holidays, and in the other year he was the only one left in the dormitory. He walked to town each day at noon to eat, and carried a “snack” back to school with him. In his last year at A.C.C. he was vice-president of the senior class, President of the America Club, a member of the Evangelistic Forum and Mission Study Class, religious editor of the annual, a leader in the young men’s meetings, the glee club, Sub T 16, “A” Club and Scholarship Society, and graduated in the class of 1932 Magna Cum Laude.

He had obeyed the gospel on December 14, 1919 at the age of fifteen under the preaching of the late Joe H. Blue at West Union. (For more than a hundred years that church has met, and there have been Corners in it most of the time, perhaps all the time.) They had to break the ice in the creek to baptize him, an experience that was repeated many times in his own preaching life.

On August 22, 1937 he was married to Miss Audrey Gandy, a teacher in the Wilson, Oklahoma public schools. Her parents were faithful Christians, and so she too had grown up in a good Christian home and was a faithful Christian. Two daughters, Mrs. Larry Shaw (Linda) and Mrs. Frazier Conley (Karen) were born to them. The girls are graduates of Abilene Christian College, and with their husbands are faithful and active Christians. The children and grandchildren were all home for his last Christmas (1974), and Sister Corner says: “It was a wonderful time for all. Those grandchildren got plenty of attention.” Brother Corner baptized both his daughters and performed their wedding ceremonies.

After graduation from A.C.C., Clyde went home to Missouri for a few months, preaching at West Union, Pepsin, and Star. Then in 1933 he went to Bartlesville, Oklahoma to preach for what is now the Sixth and Dewey St. church. They paid him $10. per week, plus two meals a day in the home of some of the members. Each Sunday he was given a schedule for his meals for that week. Though that could be inconvenient at times, it did give him an unusual opportunity to know the members and much love developed. (If some of you younger men think this would be intolerable, just remember that there was a depression in those years ...though one who did not live through it simply cannot comprehend it.) Actually this was not “bad pay” for those times.) Other local work was in West Mountain and Gladewater in Texas; Wilson, Marietta, Oklahoma City, El Reno, Holdenville, Hobart, Sulphur, Grandfield, and Chandler in Oklahoma; and in Hot Springs, Arkansas. Through these years he did much radio work, conducted gospel meetings in several states, including Oklahoma, Missouri, Arkansas, Texas and Nebraska. He was a capable and successful soul winner and led many people to the Lord, both with his public and private teaching. Like all true gospel preachers, he loved meeting work, especially those times when the house would overflow and people would have to sit on the edge of the platform from which he spoke. He loved to teach and preach the Word and did so at every opportunity, even when the family would be on vacation. While working with the Marietta, Oklahoma church, he performed ninety wedding ceremonies in a fourteen month period due to a law in Texas that required a waiting period. Once he baptized a physician in a bath tub in a bath house in Hot Springs, Arkansas which resulted in much favorable publicity. He influenced many young people to obey their Lord, and quite a number of them became gospel preachers. As is true with all gospel preachers (and Christians) he found some “rough places” in life, but his great faith in God safely led him through them. He was an effective teacher in a personal way, and I have much material that attests to that, as well as some very fine commendations written by brethren with whom he worked. There just simply is not enough room to include it all. But Brother Guy Ross, Sr., of Holdenville, Oklahoma is an example of this kind of work done by Brother Corner that has had a far-reaching influence, but there were many others. For fifty years he did not miss meeting with the saints on the Lord’s day, but the last three Sundays of his life he was confined in the hospital and unable to go. He was unconscious the last two. He enjoyed being with his brethren, always attending lectureships and other special meetings, especially at the Christian Colleges. Due to poor health he was forced to give up his regular work in 1970, while living in Chandler. His health did improve some, but it was only temporary. He was appointed to the eldership in Chandler and continued to teach and preach as he was able. He was an humble man of God and spent his life teaching the Word and doing all the good he could. It would indeed be difficult to describe a better life!

Oh March 11, 1975, after several years of poor health, the Lord called him home. His body sleeps at Ardmore, Oklahoma. We really don’t have to ask God to bless such people, for He is always faithful to do just that. “The steps of a good man are ordered by the Lord: and he delighteth in his way.” Psalms 37:23

-Loyd L. Smith, Gospel Preachers of Yesteryear, pages 115-118. This article first appeared in the Christian Worker, September, 1976. It is a timed piece, therefore soem listed as living, may not be deceased.

Directions To The Grave of Clyde C. Corner

The bodies of Clyde C. & Audrey G. Corner are laid to rest in the Rose Hill Cemetery in Ardmore, Oklahoma It is also known as the Hillcrest Cemetery. In southern Oklahoma, take I-35 to Exit 29, Hwy. 70, and head east. Very soon you can turn left on Graves Road. But wait for one more turn, Cemetery Road. It will get you there faster. Follow the road around until you come to the entrance. When I visited the cemetery in February, 2012, they had a new office accross from the entrance of the cemetery. You can go in and request the location of the grave, or you can enter at the main entrance, and take your second left. (Note, the 1st and 2nd turn are almost immediately after you enter. The first one takes you along the wall, but take the second. Go just past the first drive to your left. Then look for the next turn after that to the right. Stop the car in front of the right turn (It will be the next to last turn before the end of the cemetery), and stop the car. Go in toward the main road on your left. Look for the pink marker TAYLOR, with two concrete slabs in front. Then count back two or three rows. Then you will come to the Corner plot. While in the cemetery, be sure to visit the grave of Jehu W. Chism, another restoration preacher. The actual GPS location of the grave is: 34°08'39.9"N 97°07'59.3"W / or D.d. 34.144424, -97.133139 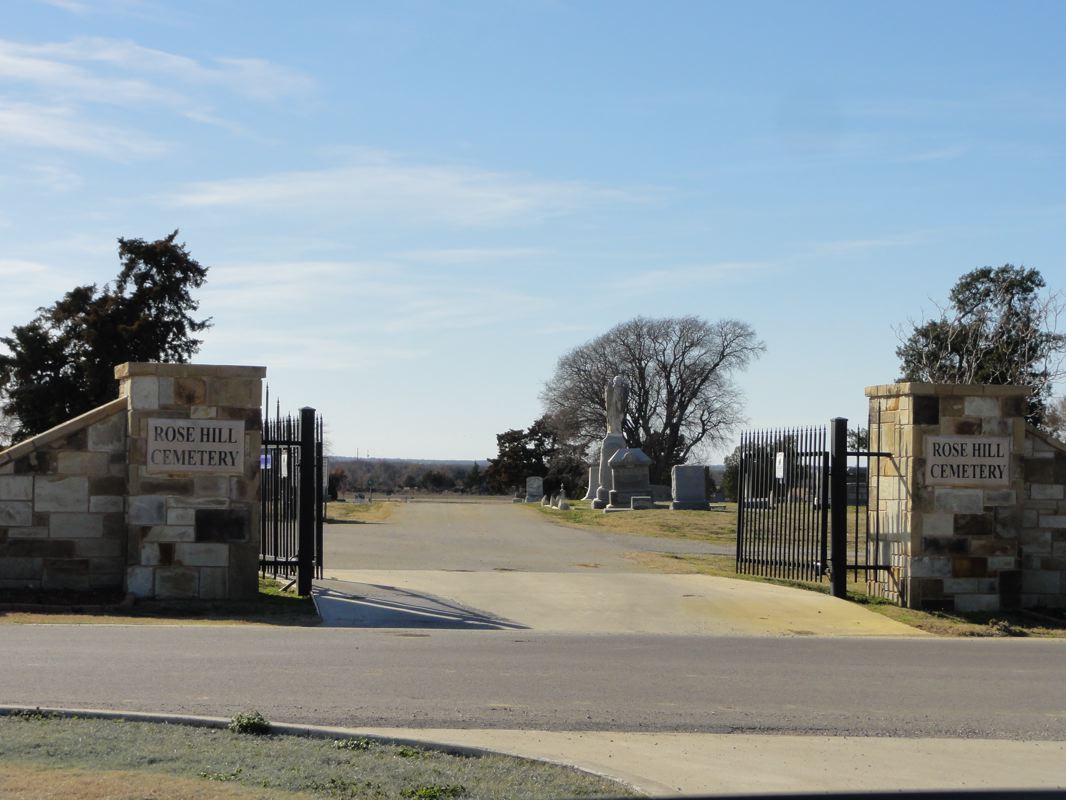 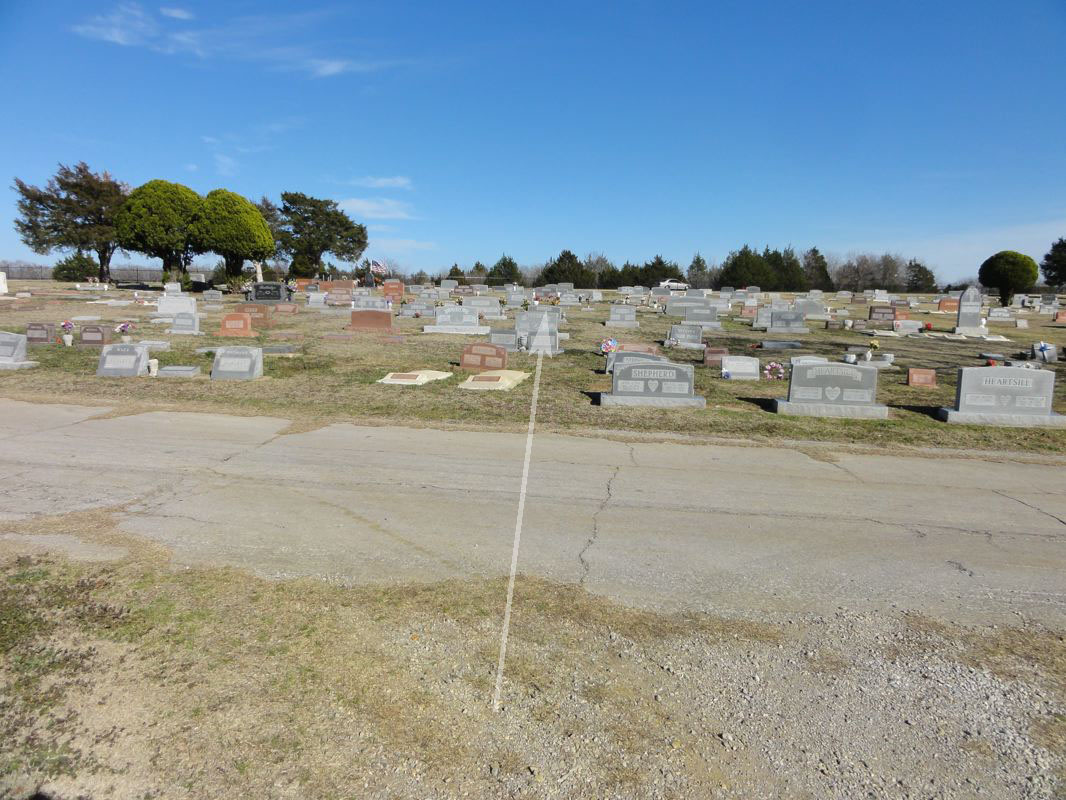 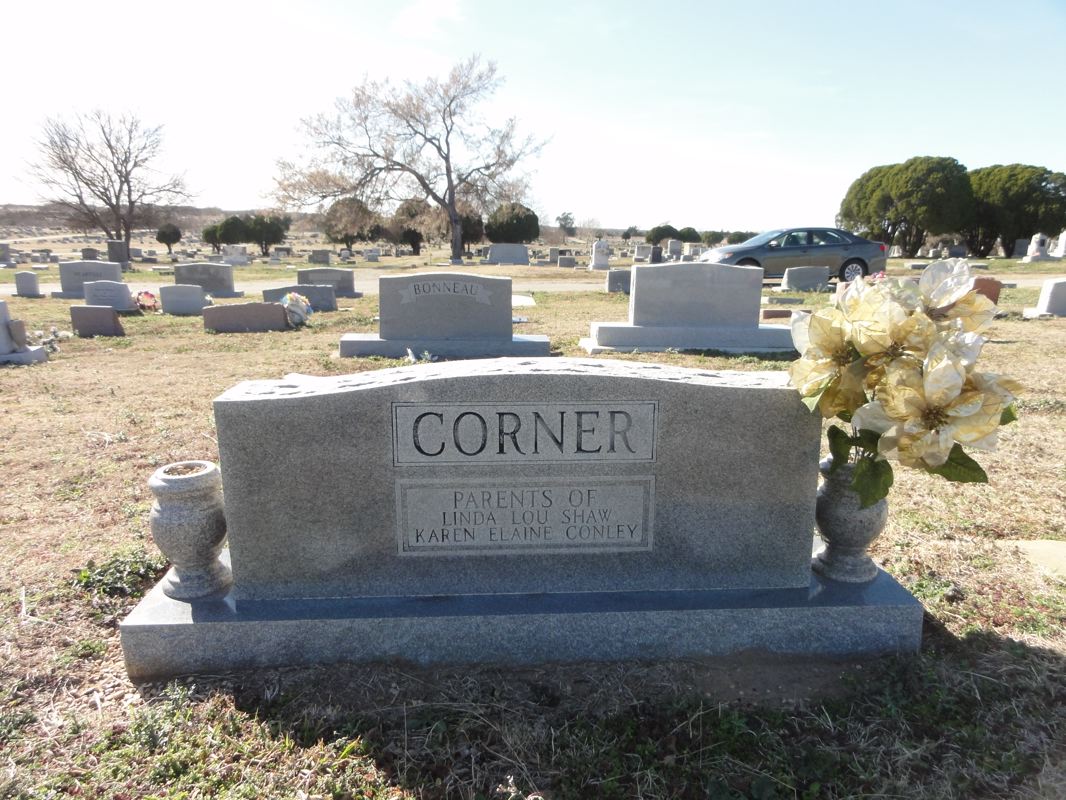 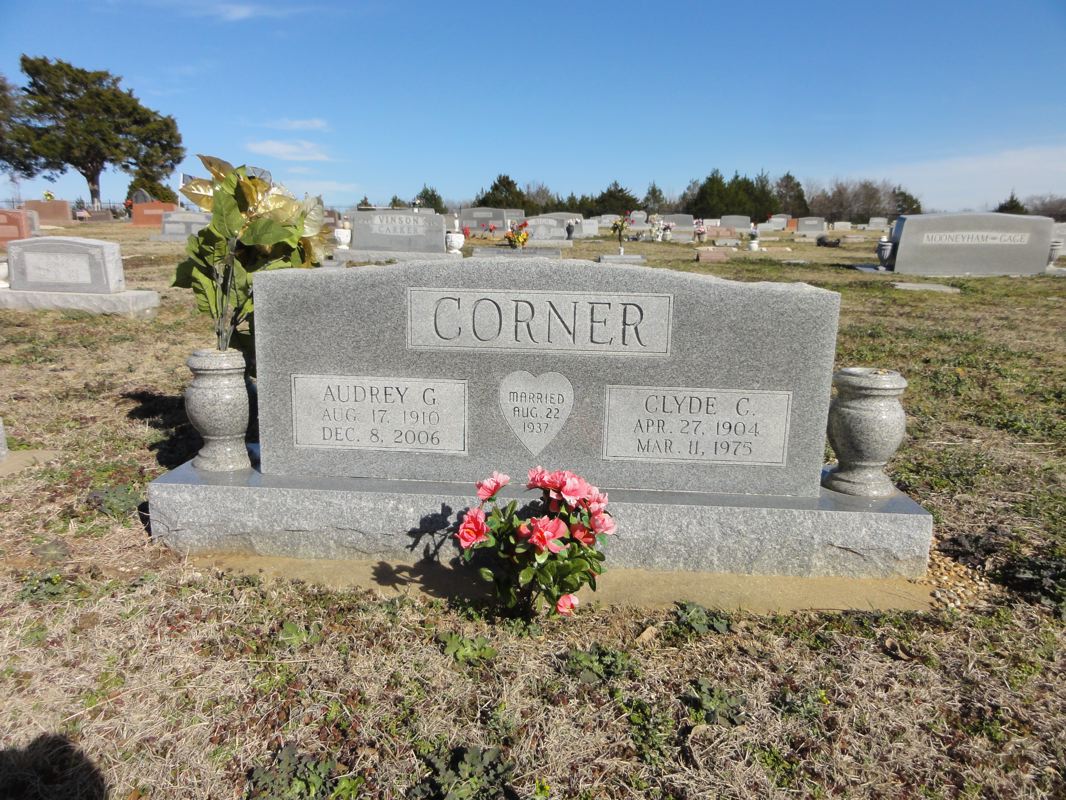