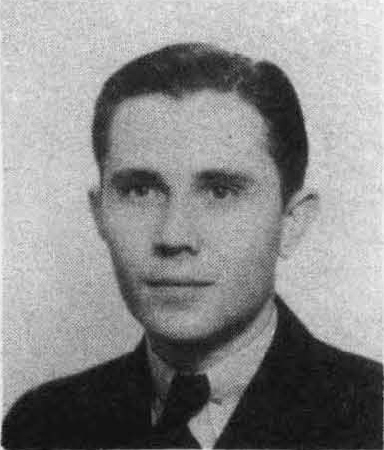 Dr. J.E. Choate, passed from this life after a brief illness on March 2, 2013 in Jackson, TN, three days after his 97th birthday. He was married for 69 years to Marie Jones, who preceded him in death in 2003. He once observed that Marie was the "inspiration in my life and I owe everything to her." March 2nd was their wedding anniversary.

J.E. Choate was born on February 27, 1916 in Graves County, Kentucky, where he spent his youth, married, and preached his first sermon at the Wingo Church of Christ at age 22. His primary interests would become family, preaching and teaching.

He was deeply dedicated to preaching and served in the pulpit at the Oak Grove Church of Christ in Kentucky; the Churches of Christ in Dresden and Donelson, TN; as well as Reed Avenue, Eighth Avenue and Eastview Churches in Nashville. He retired from the ministry at the age of 73. 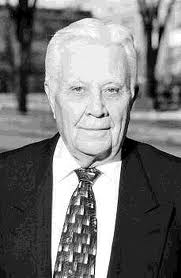 He was a professor of philosophy and religion at David Lipscomb University (1946-86). In October of 2010, Lipscomb University dedicated the front of the James D. Hughes Center as the J.E. Choate Portico in his honor. Dr. Choate was a life long lover of learning. He attended Freed-Hardeman College (1938-40), Murray State College (1940-42), George Peabody Teachers College (1946-47) and received his PhD from Vanderbilt University (1950-54), as well as a BA of Divinity (1954-58). An American western history and Restoration Movement scholar, he authored or co-authored many books. His first publication was The American Cowboy: The Myth and the Reality, reviewed in such publications as Time Magazine and New York Times Book Review.

Dr. Choate's deep dedication to the Church led him to focus on its history. These publications included: Roll Jordan Roll: A Biography of Marshall Keeble and The Anchor That Holds: A Biography of Benton Cordell Goodpasture. Since moving to Jackson, TN in 2010, he made several presentations, including church history videos for Freed Hardeman University and a lecture on Marshall Keeble at East Jackson Church of Christ. He also conducted classes at Elmcroft Assisted Living Center.

Funeral services will be held at Wingo Church of Christ on Tuesday, March 5, 2013. The body will lie in state from 12 noon til 1 p.m. Service at 1 p.m., followed by burial at Oak Grove Cemetery. Bobby Crittendon will officiate.

In lieu of flowers, the family requests that memorials be directed to the J.E. Choate Scholarship, Office of Development, One University Park Drive, David Lipscomb University, Nashville, TN 37204.

Some Books By J. E. Choate 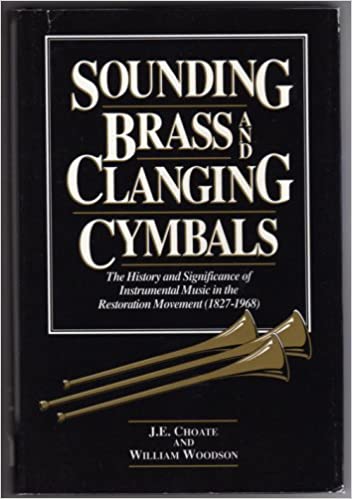 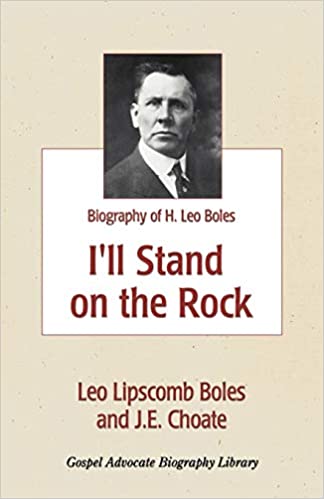 All available through Gospel Advocate Company

Directions To The Grave of J.E. Choate

J.E. Choate is buried in the Oak Grove Cemetery. From Jackson, in West Tennessee, take I-40 to Exit #80 and head north on Hwy. 45E. Go through Medina and Milan on 45E. At Greenfield, take Hwy. 54 to Dresden. Go North out of Dresden on Hwy. 118 for 14.8 miles and when you come to the Kentucky State Line, turn left on Hwy. 129. Go 2.2 miles and the church and cemetery will be on your left. Go into the center drive of the cemetery. Head about mid-way of the road and begin looking to the right. The Choate monument is facing the drive. In front of the monument of the Choates is Marie's parents who worked in the ministry for years, her father being a gospel preacher. J.S. Jones. Also buried in the cemetery are other preachers, Bill Cannon, C.A. Colley, , The trip is right at 67 miles from Jackson. 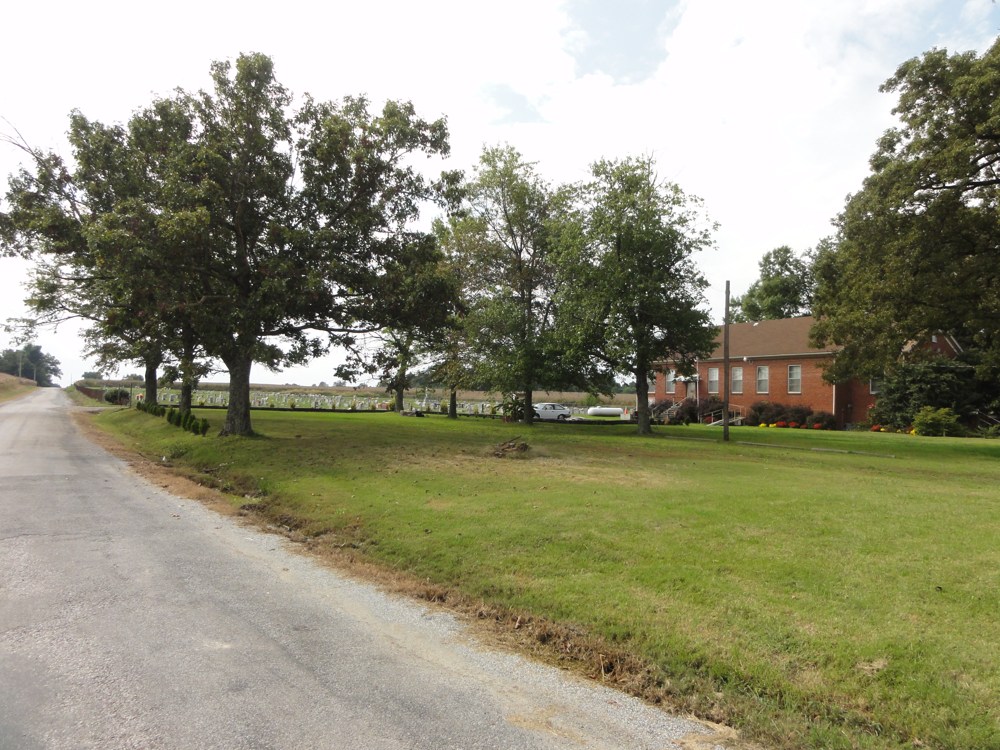 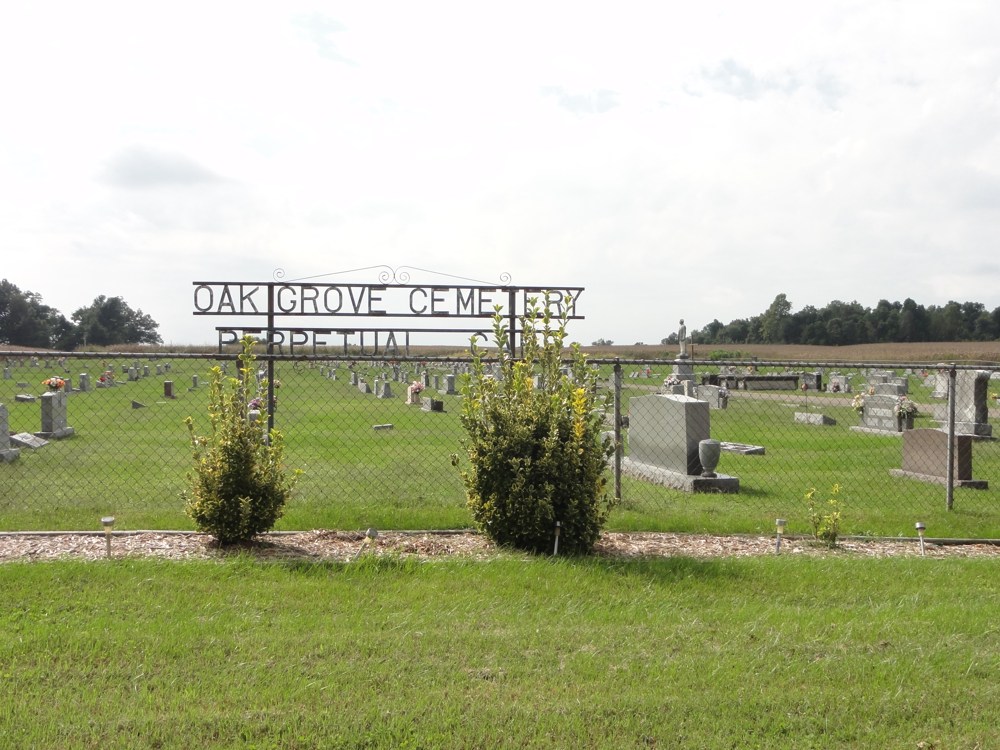 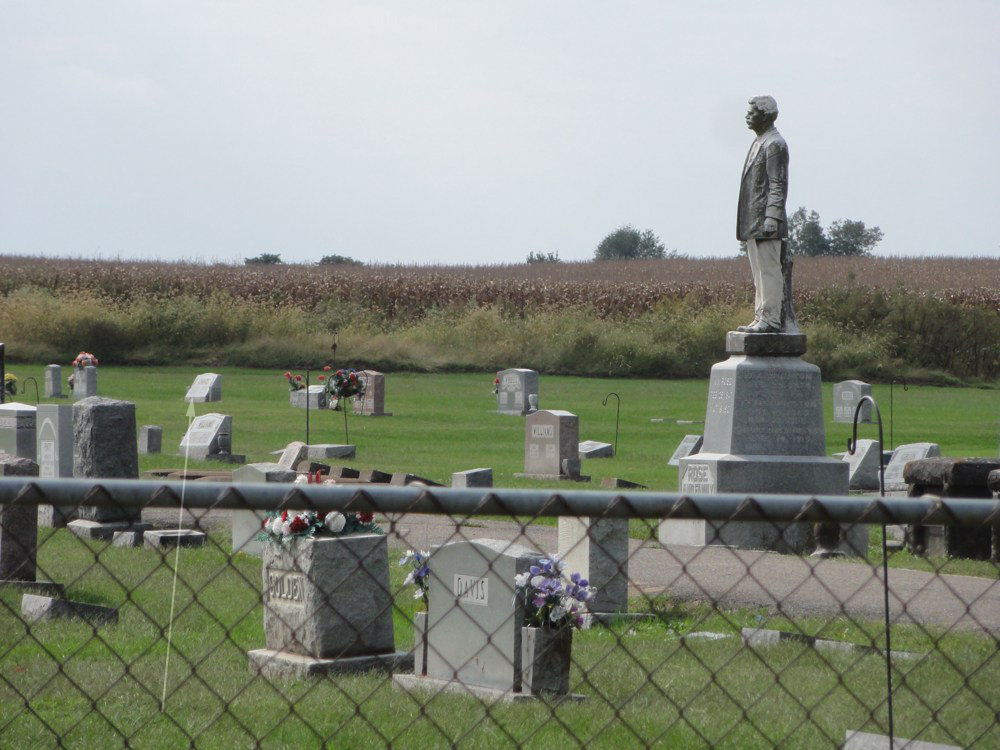 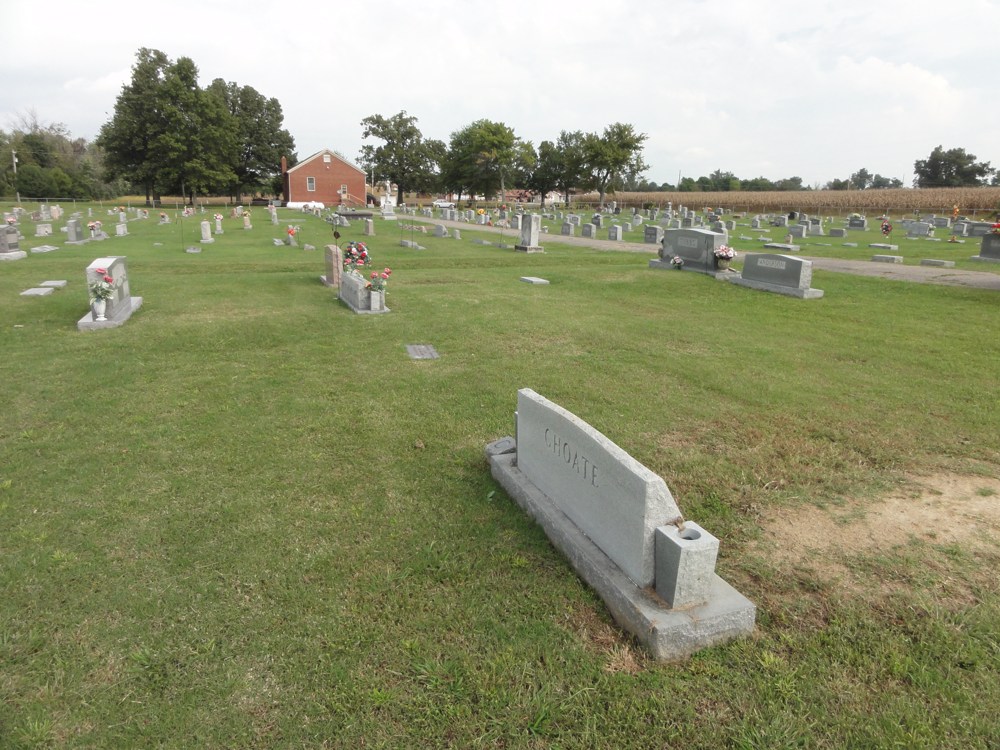 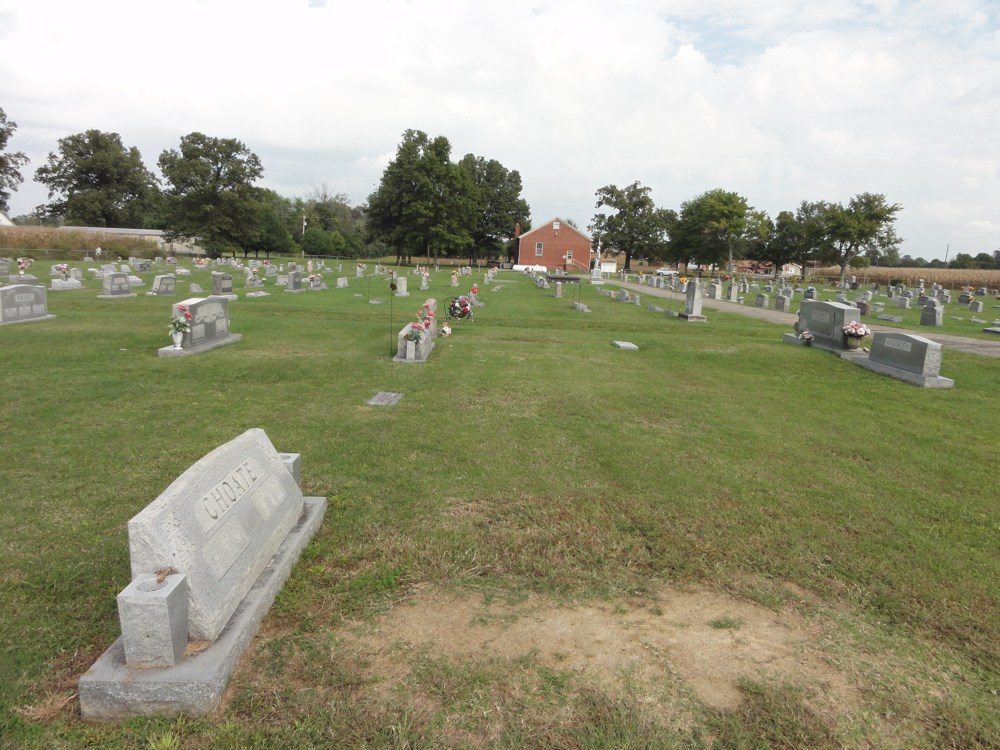 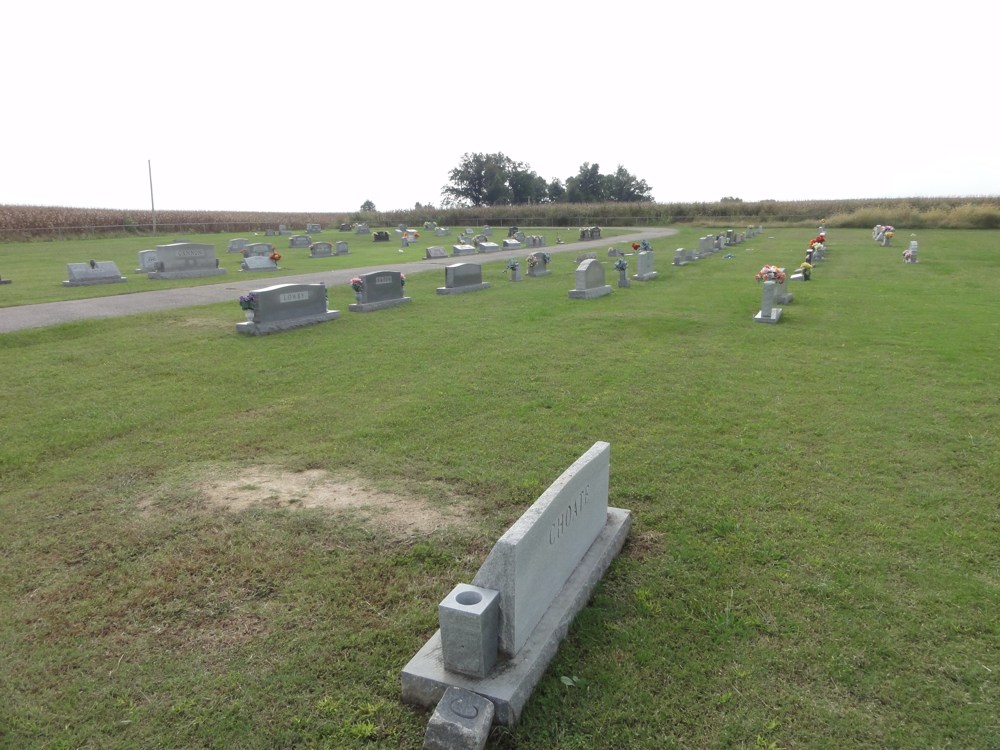 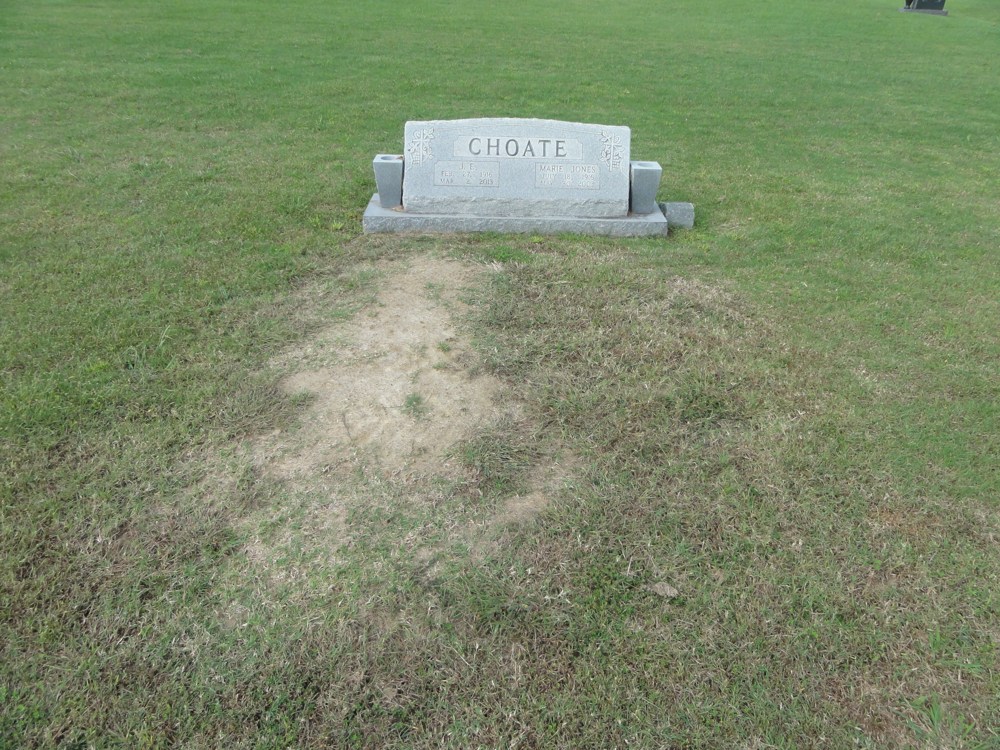 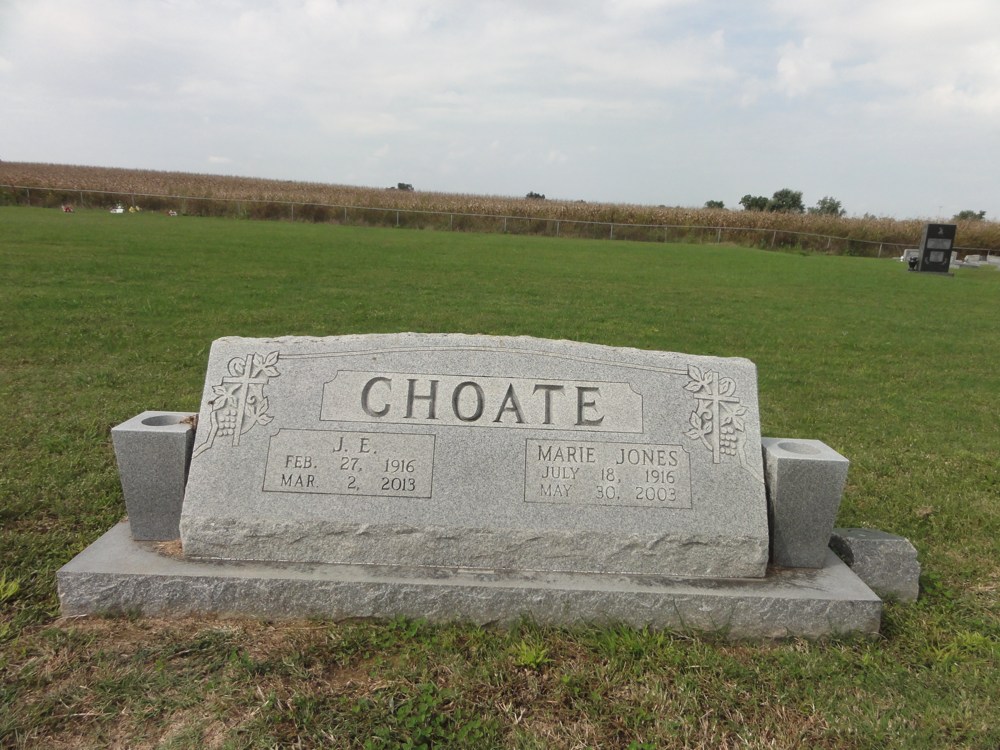