The Life of J.S. Jones

He began his ministry in Clarksville, Tennessee in the late teens, but moved to Senath, Missouri to preach in the later part of 1920. In 1923 he moved his family to Wingo, Kentucky where he worked with the church there for several years. He was in demand for gospel meetings in the mid-1920s, preaching all over northwest Tennessee and Western Kentucky.

In late 1925 he conducted a debate with Missionary Baptist, J.M. Hooker in Pryorsburg, Kentucky. A report on that debate is below.

In the late 20’s he moved for a short time down to Benton, Kentucky, to preach, but was only there for a year or so before returning to Wingo.

Brother Jones passed from this life on the 14th of April, 1963. Burial followed in the Oak Grave Cemetery in Dukedom, Weakley County, Tennessee.

J.S. and Garnett’s daughter, Marie, married a gospel preacher, writer and historian by the name of J.E. Choate. The Choates are buried a few feet behind the graves of her parents. 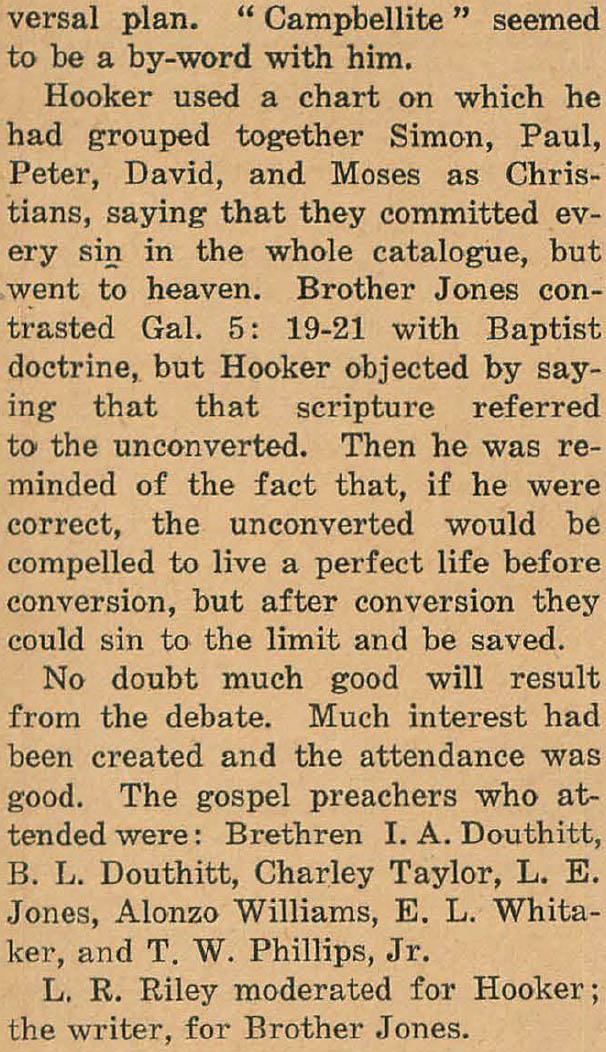 J.S. and Garnett Jones are buried in the Oak Grove Cemetery. From Jackson, in West Tennessee, take I-40 to Exit #80 and head north on Hwy. 45E. Go through Medina and Milan on 45E. At Greenfield, take Hwy. 54 to Dresden. Go North out of Dresden on Hwy. 118 for 14.8 miles and when you come to the Kentucky State Line, turn left on Hwy. 129. Go 2.2 miles and the church and cemetery will be on your left. Go into the center drive of the cemetery. Head about mid-way of the road and begin looking to the right. The Jones monument is facing the drive. Behind them is the grave of their daughter Marie, and her husband J.E. Choate. Also buried in the cemetery are other preachers, Bill Cannon, C.A. Colley, and Homer Royster. The trip is right at 67 miles from Jackson. 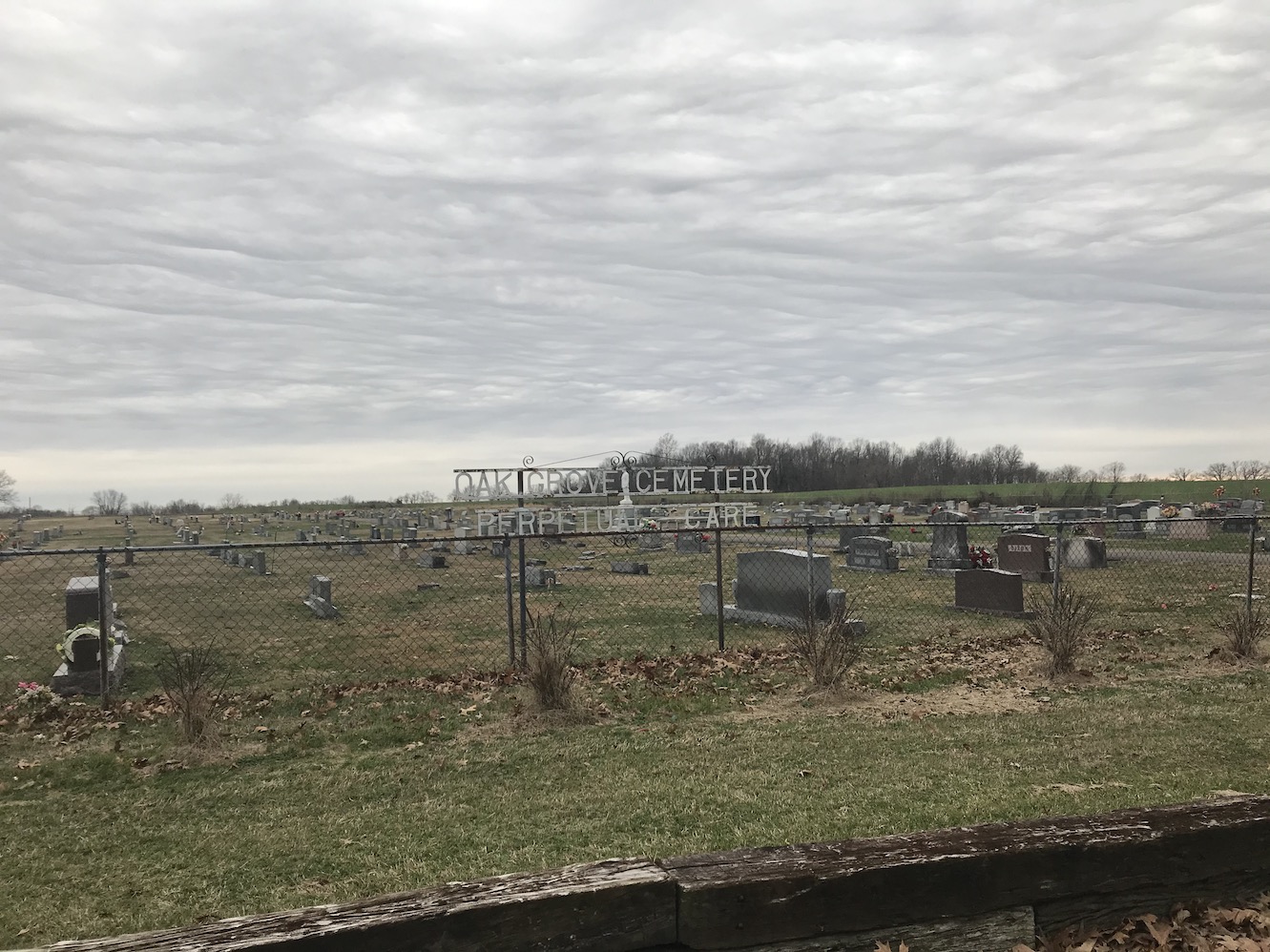 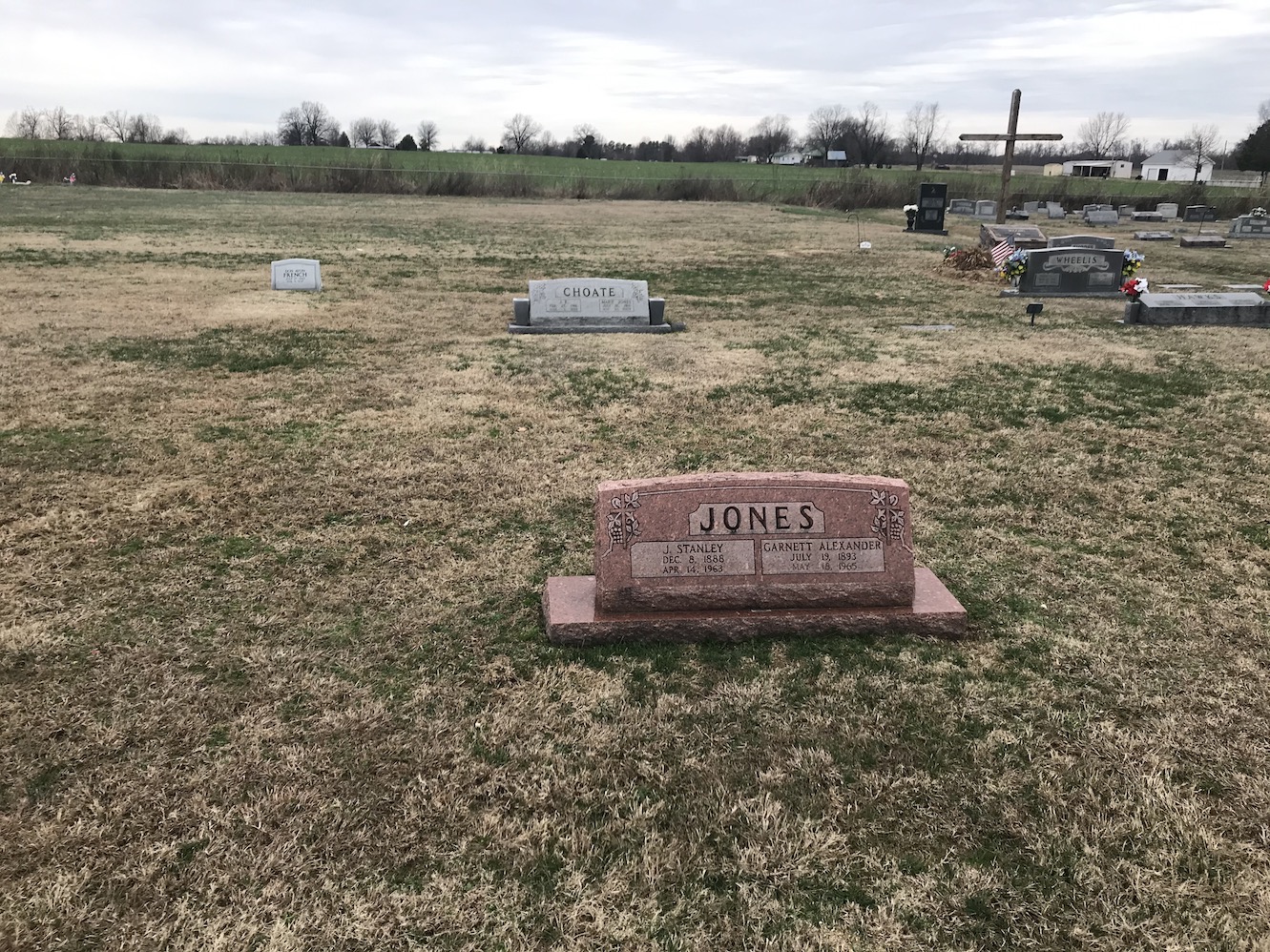 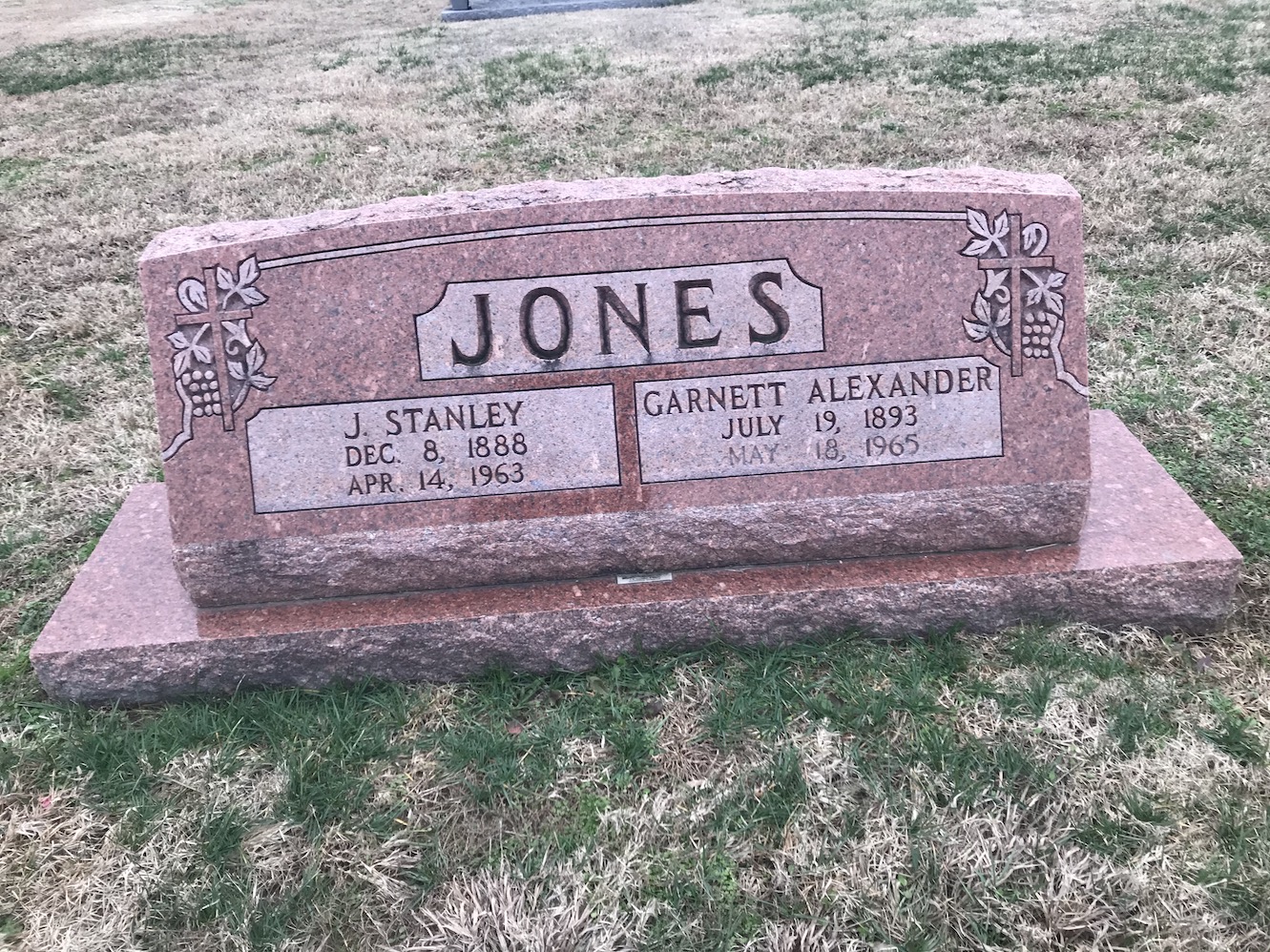