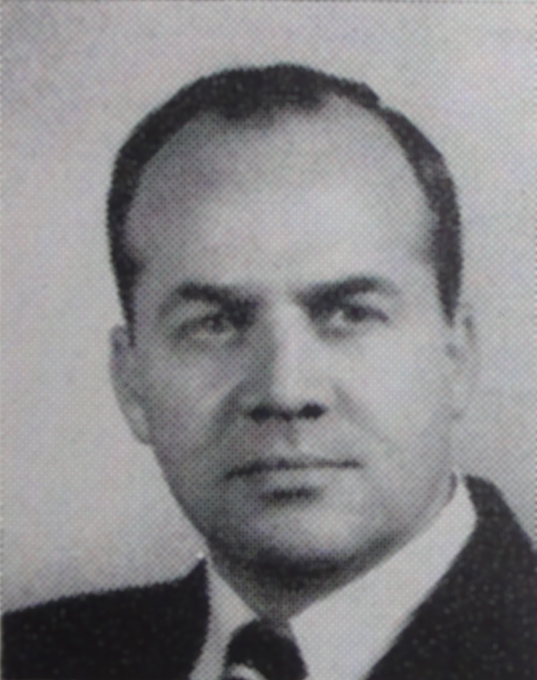 Paul F. Edwards was born May 16. 1911. He became a Christian at the age of fifteen, and was baptized by T.Q. Martin during a meeting held at Petersburg, Tennessee. He attended the grammar school at Petersburg, and was graduated from the high school at Goodlettsville, Tenn., in May. 1929. He preached his first sermon in his home congregation, at Goodlettsville, January 1, 1933. He entered David Lipscomb College in September, 1933, and was graduated in 1935. In the fall of 1935 he entered Abilene Christian College, Abilene, Texas, and received his B.A. degree in June, 1937.

Brother Edwards preached while in college at David Lipscomb at Petersburg, Cornersville, Goodlettsville, and Springfield, Tenn.; he also preached at Bridgeport, Ala. While in school at Abilene he preached at Moran and Big Spring, Texas. he did "station work" with the church at Orlando, Fla., for about two years and a half. He is now located with the church in Anniston, Alabama. He has done evangelistic work in Tennessee, Florida, Mississippi, and Texas.

Note: Brother Edwards served the church in Dearborn, Michigan from 1945-1950. Then he followed J. Roy Vaughn working in Miami at the Central church of Christ from 1950 until his death in 1953. Reports of a serious health condition with much time in the hospital were printed in the pages of the Gospel Advocate. Finally the October 15, 1953 issue reported his death, with funeral conducted at the Hillsboro church in Nashville and burial Woodlawn.

In Memory of Paul Edwards

On October 10, the life of Paul F. Edwards, well-known gospel preacher, came to an end. Brother Edwards died of cancer after a six-month illness, during which he suffered intense pain much of the time. During his illness hundreds of Christian friends sent messages of encouragement and cheer, as well" as unsolicited contributions to help defray the heavy expenses which were incurred in his long hospitalization. Few members of the church in modem times have had so many prayers offered in their behalf during periods of illness.

A funeral service for Brother Edwards was held on Sunday afternoon, October 11, at Central church of Christ in Miami, where he had been preaching during the last three years of his life. This service was conducted by the elders of Central Church. On the following Wednesday a second funeral service was conducted at the Hillsboro church of Christ in Nashville, with Athens Clay Pullias, Willard Collins and the writer speaking. Burial was in Woodlawn Memorial Park in Nashville.

Brother Edwards was born in Petersburg, Tenn., May 16, 1911, and was baptized by T. Q. Martin, in June, 1926. He began preaching in Goodlettsville, Tenn., in 1933. He attended David Lipscomb College for two years, and was graduated from Abilene Christian College in 1936. He later served as minister of churches in Orlando, Fla., Anniston, Ala., and Dearborn, Mich., before going to Central Church in Miami in 1950.

Brother Edwards had carried on an active program of radio preaching over the past fifteen years, making daily radio talks while he was in Anniston and Dearborn and weekly talks after going to Miami. In 1952, he and his wife made a two months' trip to Europe, Egypt, and the Bible lands, visiting members of the churches of Christ in many areas. He took numerous colored moving pictures and still slides which he showed frequently as Illustrated lectures before church groups. In January and February of this year he showed these outstanding colored pictures to thousands attending the annual lectureships at David Lipscomb College and Abilene Christian College.

On August 17, 1937, Brother Edwards was married to Miss Mildred Finley, the daughter of I. C. Finley, an elder of the Reid Avenue Church in Nashville. They had four sons, all of whom, along with Sister Edwards, survive: Clark, age fifteen, David, age thirteen, Donald, age nine, and Howard, age two. Brother Edwards is also survived by a sister, Mrs. Gamet Johnson, of Hendersonville, Tenn.; and two brothers, J. B. Edwards, of Minor Hill, Tenn., and J. H. Edwards, of Benton Harbor, Mich.

In the depth of the depression, Paul Edwards stepped into his father's shoes and shouldered the responsibility as head of the family. He worked his own way through school, yet had time to be of help to anyone who needed encouragement or guidance. He was one of the best-liked students in college, for he always displayed a cheerful disposition and was never discouraged, no matter how heavy his problems became. During his school years he made a host of lifelong friends who are deeply grieved at the knowledge of his death.

Brother Edwards had a great faith in the Lord, a great love for the Lord, and rendered great service to the Lord. Even in his last illness, as he was taken regularly for X-ray treatments, he talked of Christ and the church with one of the technicians in the laboratory. It was his privilege as the last public act of his life to baptize this young lady into Christ. This is typical of his concern for the welfare of all whom he came to know. He was concerned with their physical problems, but most of all with the eternal destiny. He was described by a member of one of the congregation where he had preached for a number of years, as a "ray of sunshine." It would be difficult to find a more apt description this zealous and active Christian. He mirrored the light of the Lord and was truly a ray of sunshine wherever he went. He was a fine son, husband, and father, but most of all, he was devoted servant of God.

"Paul Edwards was a close personal friend of mine for more than twenty years. I knew him as a student, worked with him as a gospel preacher in meetings, and often enjoyed recreation with him and his lovely family. In all these relationships-in the home, in the church, and in all things-he was one of the finest servants of God, and one of the most gracious friends of man, that I have ever known. His death was a great personal loss to me. May God bless his wife and his boys in all the years to come."-Athens Clay Pullias, President, David Lipscomb College.

"I knew and worked with Paul Edwards over a span of twenty years. Paul was one of the first to encourage me to preach the gospel, and he helped me secure the second regular appointment I ever had. I loved him for his humility, devotion to God, and sincerity. I admired him for his clean life and his fine ability as a gospel preacher.

"Paul lived a clean life from childhood, and during his life he developed an unusual number of close personal friends. In Mildred Finley Edwards he had a companion who shared his joys, sorrows and triumphs. She has been very brave through his sickness and death, and is a wonderful mother for the four surviving sons."-Willard Collins, Vice-President, David Lipscomb College.

"During Paul's four years as a student of mine, his faith, his devotion to duty, and his cheerful outlook upon life furnished inspiration and encouragement that will live long in my heart" -Batsell Baxter, President Emeritus, David Lipscomb College.

"Paul Edwards was a student in Abilene Christian College for only two years, 1935-37, but when he was graduated he left with the love and respect of students and faculty alike. He was a good student, a young preacher of the gospel devoted to the Lord's cause, and in every way a Christian gentleman.

"He spoke on the 1953 Lectureship here, and his passing away is felt as a great loss to Christians throughout this area."-Don H. Morris, President, Abilene Christian College.

"For the past eighteen years it has been my good fortune to know Paul Edwards. My love and admiration increased for Paul with the passing of the years. He was kind, gentle, courteous, and above all, a true Christian.

"Of the many fine qualities of Paul, I especially like to think of his hopeful and cheerful outlook. No one could be with him without being inspired and lifted to a nobler view of life. Even when the shadows fell across the path of his own life, he was thinking of others rather than himself. During his last days he converted and baptized one of his medical attendants. Truly a Prince in Israel has fallen. My life is richer and better by knowing him."-Howard Youree, Elder, Lipscomb Church, Nashville.

"The life of Paul Edwards has been an inspiration to me. It was my blessing to know him from birth and to have constant association with him during his school years, his ministerial years, and in these recent past days when it became apparent that his remaining days on earth were to be few. Our relationship was filled with great and wonderful experiences. His passing is a material and heartbreaking loss to Mrs. Beasley and me, but it is a realization of life's mission accomplished in readiness of eternal reward."-Everett Beasley, Elder, Otter Creek Church, Nashville.

"Brother Edwards was an outstanding preacher, and he also excelled as a personal worker and In his radio work. While he was here the church became, and has continued to be, an established and accepted institution and force for good in the city. He did a fine work here.

"His good wife and adorable children were assets to him in his work here. He was a devoted husband and father (two of his sons were born here), and Brother Edwards was well liked and respected by all, including people on the outside. He had a wonderful personality."-Herbert Evans, Elder, Central Church, Anniston.

"Paul F. Edwards was minister of the Dearborn Church for almost five years. He was a sound and able preacher and, nurtured by the encouragement which he constantly gave to all who endeavored to live a Christian life, much growth was experienced here while he was with us. Brother Edwards and his family were deeply loved by the congregation. Surely his will be a crown of righteousness."-Gordon N. Rice, Dearborn Church, Dearborn, Mich.

"Paul F. Edwards served some three and one-half years as minister for Central Church in Miami. His death at the age of forty-two removes from the Lord's vineyard one of its most loyal and consecrated workers. His passing is a distinct loss to me personally, and to young and old alike, for everyone loved him as a brother and friend. The cheerfulness, courage and great faith in God which characterized his work were outstanding throughout his long illness and the many weeks of intense suffering.

"We consider ourselves privileged and blessed to have been associated with Brother Edwards so pleasantly and prOfitably. His lovely family was always a blessing, and our hearts go out to them in the present distress and heartache."-G. M. Pullias, Elder, Central Church, Miami.

Directions To The Grave of Paul F. Edwards

Woodlawn Cemetery, Nashville, Tennessee, is located behind the 100 Oaks Shopping Center that faces I-65 just south of the I-440 Interchange. From 100 Oaks travel east on Thompson Lane and turn right at the first entrance to Woodlawn's South Side Park (across from main part of cemetery). Go to the first left and go to the end. Stop the car. The grave will be between you and the street. 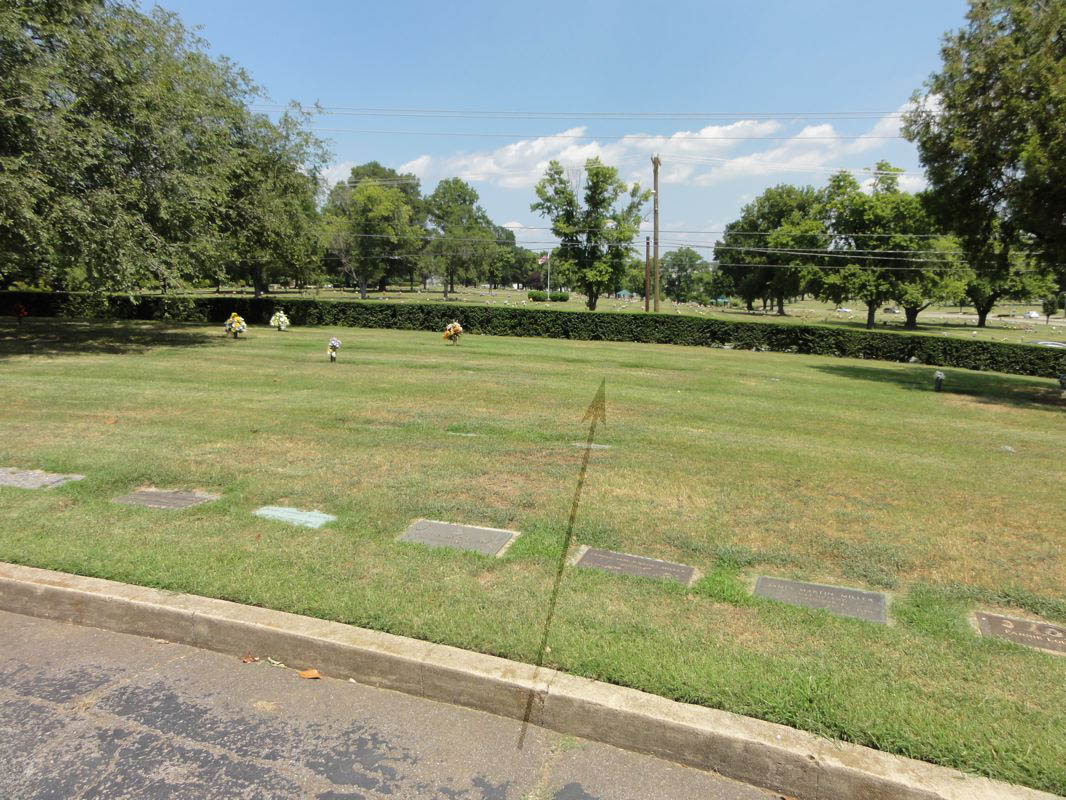 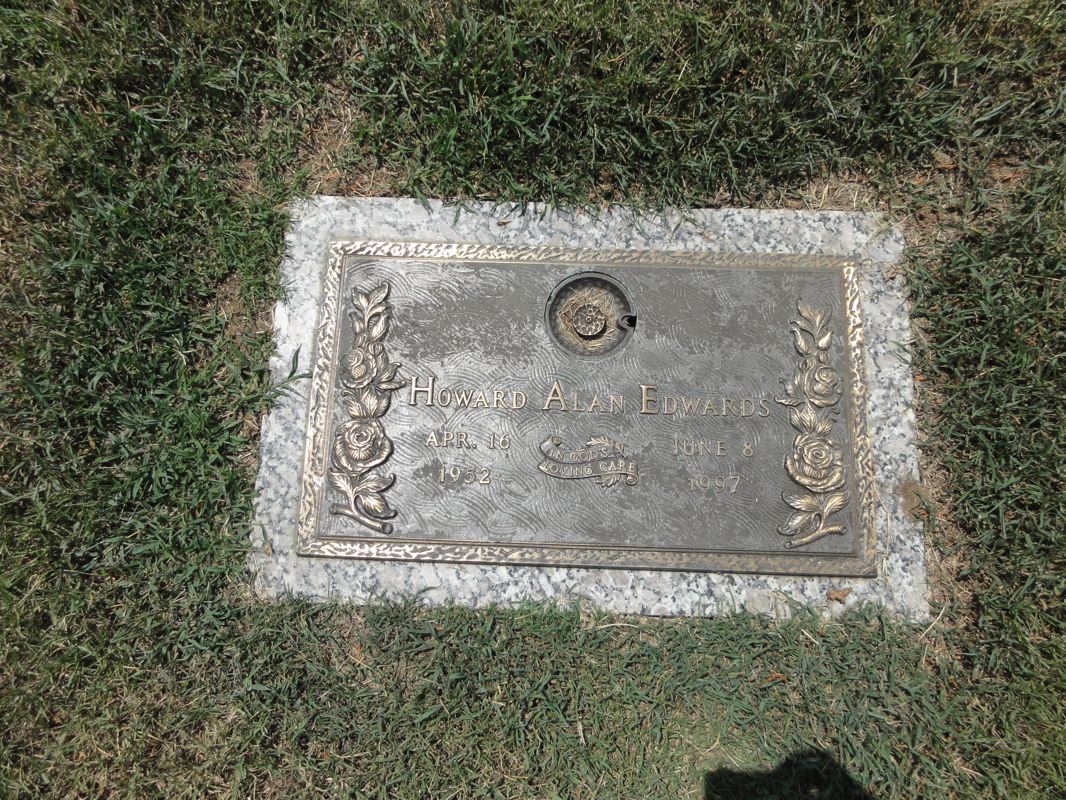