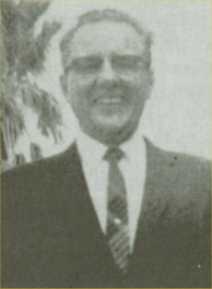 Biographical Sketch On The Life Of William Floyd

William (Bill) Floyd was born January 6, 1906, at Sparta, Tennessee. He was the son of Charles and Mattiie Mae (Paul) Floyd.

He attended elementary school and high school at Sparta, Tennessee. Following high school he attended David Lipscomb College, Vanderbilt University, and Detroit School of Art. He did not obtain a degree.

Bill did full time local work in five States and held meetings in Nebraska, Tennessee, Kentucky, and in Anchorage and Fairbanks, Alaska. He held two debates, one in Alabama and one in Florida.

Floyd was a powerful preacher in his productive years. He loved people and had much success in personal work. However, he had to retire from his ministry at age 65 because of poor health. He was a severe diabetic and was unable to continue located work, though he did some "fill in" work from time to time.

Floyd had preached for the Walnut Church of Christ in Sherman, Texas, some 35 years, before time for retirement. While they lived in Sherman they bought a home and had kept it all through the years that they had been away from Sherman. When he retired, they moved back to Sherman and were thankful that they had a home to move into.

A graveside service was held in Sparta, Tennessee, with Robert E. Keith officiating. Interment was in the Floyd Cemetery.

William Floyd, 69, retired minister of the church of Christ, who resided at 912 West College Street, Sherman, Texas, passed from this life April 3, 1975.

Services were conducted by Bill Wiley of the Woods Street church and Billy T. Smith, Shannon church, both of Sherman, with burial in the Floyd Cemetery, Sparta, Tenn. Robert E. Keith (brother-in-law) of Tuscaloosa, Ala., conducted graveside services.

Brother Floyd was born in Sparta, Tenn., son of Mr. and Mrs. Charlie Floyd, and was married to Elizabeth Keith August 18, 1935, in Gadsden, Ala. He was a graduate of David Lipscomb College and also attended Vanderbilt University and Detroit School of Art. He entered the ministry in 1934 in Attalla, Ala., and served churches of Christ in Alabama, Florida, Georgia, Oklahoma and Texas. He retired in 1971 and returned to Sherman. He was a member of the Woods Street church.

Directions To The Floyd Cemetery

In Sparta, Tennessee go to the Court House in the center of town and go west on County Hwy. 84 toward Monterey. Go 8.8 miles (Mile marker 8) and turn right at the bottom of a curve into the driveway of the Puckett family on the right (8800 Monterey Hwy.). If you pass the Big Spring Church of Christ, you've gone too far. Go back down the hill and turn to the left. In the curved driveway take the little road that leads down behind the house to the little cemetery. Many of the Floyd family members are buried in this little cemetery.

Webmaster Comments: I visited this little cemetery in June, 2002 while on a day outing with friends. We had been in Sparta looking for the Floyd grave in the Highland Cemetery where W.H. Sutton is buried. We walked all over the cemetery looking for it. We gave up on our pursuit at that point. I went to a local funeral home, and found out that the Floyd Cemetery was out the Monterey Highway, but the Funeral Director did not know where it was, as he had never been there. So, we went out the highway. We passed a house where I noticed out of the corner of my eye, an old couple sitting on the front porch. We stopped in and asked if they knew where the graveyard was located. The little old couple was named Sparks. When I told them I was looking for the grave of William Floyd, the lady said, "You're looking for Brother Will's grave! What a good man he was!" They had known Brother Floyd, and the family all their lives, and were members of the Church of Christ at Big Spring. After a few minutes we were on our way to the cemetery, thanks to the directions of good Brother and Sister Sparks. 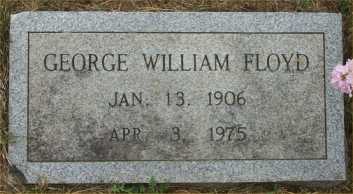 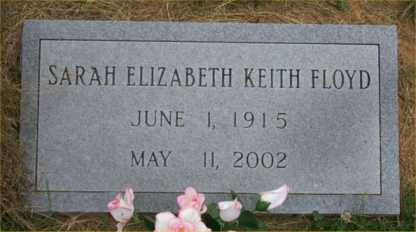