In June, 2001 Daryl and Cookie Smith, friends and members at FC/C, went to visit some family in Elizabethton, Tennessee. While there, I sent them on a fact finding mission to find the grave of Jonathan Mulkey. Having never been there myself, they had only a name and a the town of Gray. Their return brought some things far greater than my expectations. Not only did they find the grave of the father of John Mulkey, but they took the wonderful pictures below, and wrote down excellent directions to find the original old Buffalo Ridge Baptist church location where Mulkey is buried, as well as the later location of the Buffalo Church in the town of Gray, that now is used as a funeral home. Special thanks to them for making these available.

Though not personally involved in the Restoration Movement, during the last couple of years of his life (died in 1826), he saw the effects of the movement change the size of his Buffalo Ridge congregation. Between 1824 and 1829 Buffalo Ridge Baptist went from a membership of 174 to 23, due largely to the influence of the ";Stoneites."; Nearby Baptist churches suffered as well: Sinking Creek Baptist dropped from 158 to 65 members (1824,25); Cherokee Creek Baptist dropped from 82 to 50 members (1824-1829). So, the Restoration Movement was highly influential in the area.

The Rev. Jonathan Mulkey began preaching in South Carolina, and in 1780, he, William Reneau, and others from Carolina and Virginia migrated to East tennessee and organized a church on Boones Creek, subsequently known as Buffalo Ridge.

On or about March 3, 1818, in Washington County, Jonathan Mulkey married, as his second wife, Anna Lacey.";

In East Tennessee take Exit 42 off I-81 going East toward Gray. Go to the 1st traffic light and turn right on Old Gray Sta. Rd. Go 7/10 of a mile and take a right onto Hales Chapel Rd. Go 1.6 miles (7/10 mile past Hales Chapel Christian Church on left) & take a right onto Holly Lane. Then immediately turn right on Freeman Lane. Buffalo Ridge Cemetery is on the right on top of hill just before Freeman Lane dead ends, 2/10 mi. Mulkey's grave is next to the 2nd large tree on the right.

In Memory Of
Jonathan Mulkey, Sen.
was born
October 16, 1752 and
Departed This Life
September 5, A.D. 1826
After Having Been A
Preacher Of The Gospel,
Than Fifty Years.
Of The Baptist Order 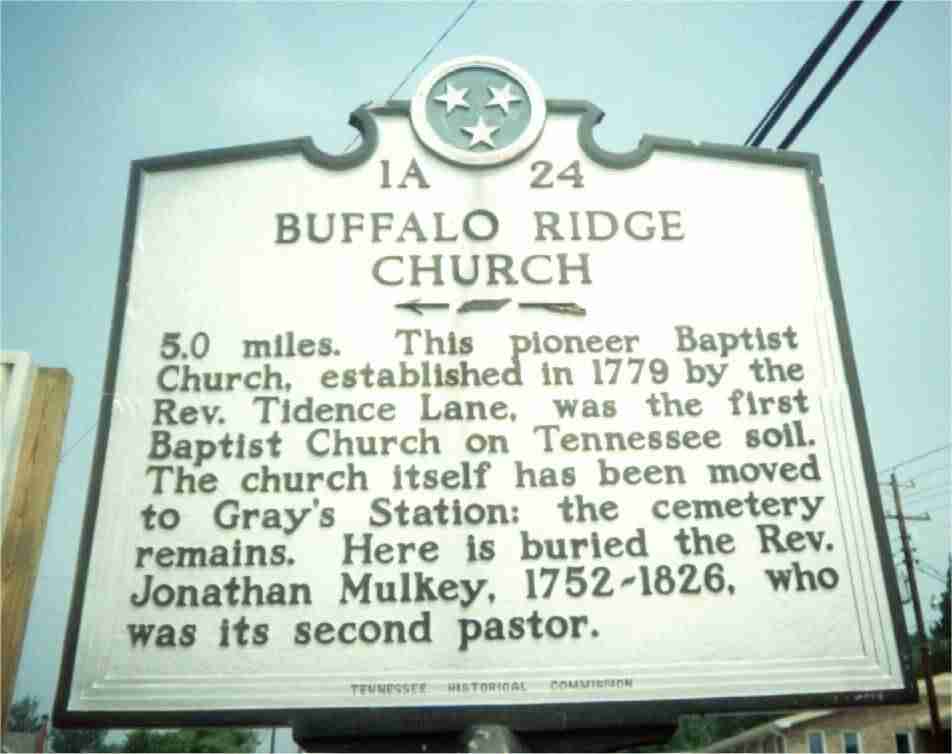 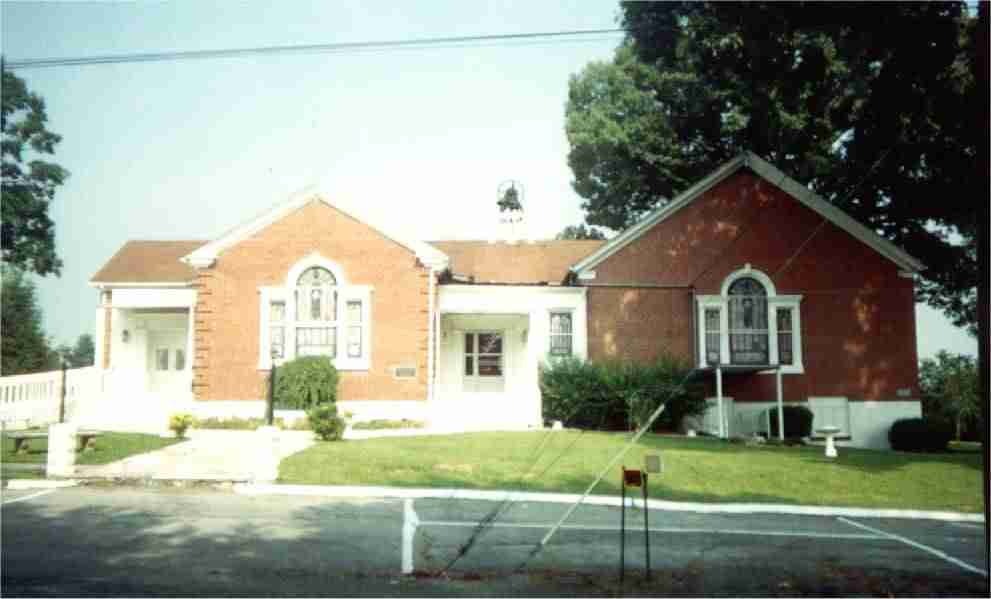 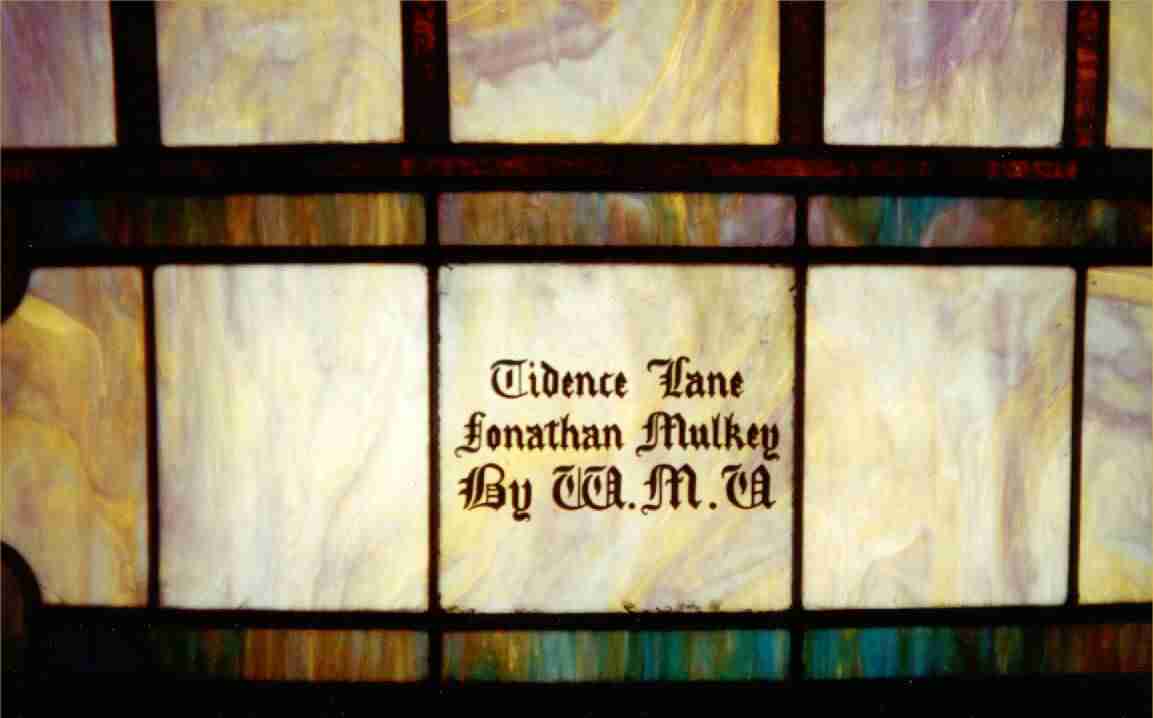 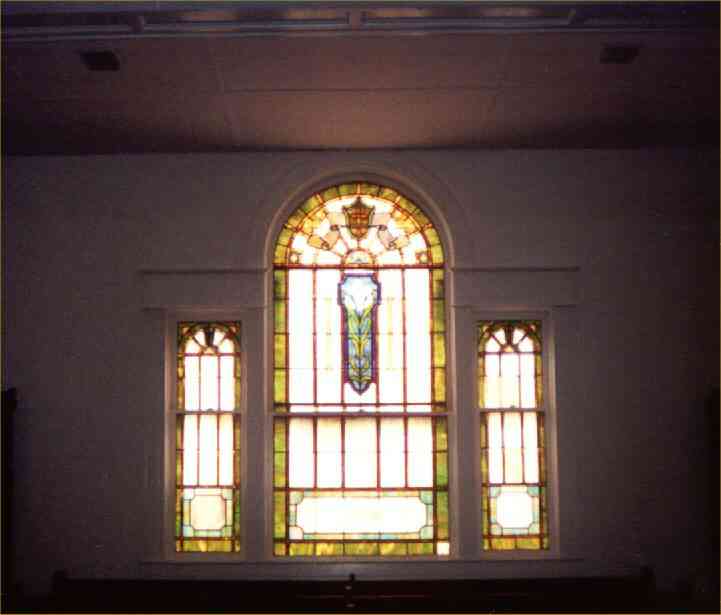