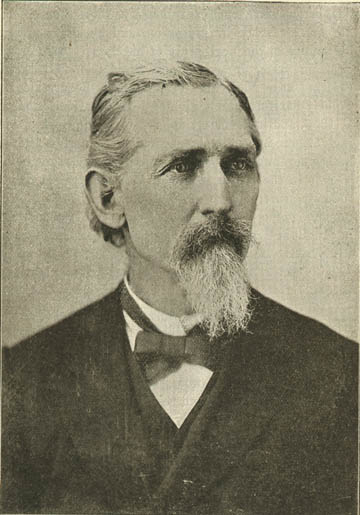 Biographical Sketch Of The Life Of James E. Scobey

The educators in the church of Christ have been important factors in an intelligent study of the Bible. No one would claim that the spread of Christianity was dependent upon education, and yet it is a fact that the educators in the churches of Christ have done a wonderful work in the vineyard of the Lord. The schoolteacher in a quiet way has taught truths of the gospel to young people who could not be reached from the pulpit. Again the school-teacher has built up and strengthened the church wherever he has labored. There has been a long line of educators connected with the Restoration Movement. This line began with Alexander Campbell, and has continued down the line through such men as P. S. Fall, T. Fanning, W. D. Carnes, D. Lipscomb, J. A. Harding, W. N. Billingsley, William Lipscomb, T. B. Larimore, James E. Scobey, E. A. Elam, and many others. All of these were acceptable preachers of the gospel as well as teachers.

James Edward Scobey was born on January 3, 1834, in Wilson County, Tenn., near Lebanon. His parents were John Berry and Sarah Sweatt Scobey. His mother died when he was only one year old. The subject of this sketch was reared on the farm and attended the common schools of his county. His maternal grandfather, Edward Sweatt, was a teacher by profession, and encouraged his grandson in getting an education.

At the age of eighteen years, James E. Scobey entered Franklin College to further his education. Franklin College was under the presidency of Tolbert Fanning. He was graduated from Franklin College, July 4, 1855, and began at once to teach school. Ile continued this work for many years without any interruption, except the years of the Civil War. He entered the war and was a commissioned officer from the first to the close of the war. He began his career as a teacher in the year 1855, in his home county. He taught at Union Academy, six miles east of Lebanon, for five years. In February, 1867, he opened a school on the turnpike between Lebanon and Nashville, Tenn. He called his school "Oakland School;" he continued to teach here until 1872. He had a great part in building the character and educating many of the best citizens of that section of the country.

In 1872 he went to Murfreesboro, Tenn., and became president of the Murfreesboro Female Institute. He remained with this educational institution until 1884. During his presidency this institution became quite famous as an educational center, and it was liberally patronized by many of the best families from all parts of the South. He ranked as one of the best educators of the country at that time. He stressed the importance of Mathematics, Greek, Latin, English, and the natural sciences as fundamental to a thorough education.

In 1884, he was called to become president of South Kentucky College at Hopkinsville. He remained there six years and resigned the presidency of that college in June, 1890. While president of that college the question of the use of instrumental music in worship arose in the church at Hopkinsville. The Board of Directors were in favor of introducing the organ into the church. Brother Scobey gave the matter a thorough investigation. He arrived at the conclusion that the New Testament did not authorize its use, and that to introduce the instrument into the worship would be corrupting the simple worship of the church. He at once began vigorously to teach the New Testament and show from the word of God that to use it was displeasing to God. He had invested all his earthly possessions in the college. He knew that to follow the course of the New Testament would cost him his position as president of the college and all that he had invested in it; he also knew that it would lose the patronage and support of his friends. Many of his friends talked with him and tried to get him to remain with the college and cease his opposition to the use of instrumental music in the worship. He said: "I cannot and will not sacrifice a single religious principle. I will believe God and worship him according to his last will and testament." Because he stood firmly, yet kindly, by his convictions and the New Testament, he was forced to give up his position, lose his investment in the college, and start life anew elsewhere.

When Brother Scobey left South Kentucky College, he moved to Franklin, Tenn., in 1891. He began taking an active part in educational work in Williamson County. Soon after he moved to the county, he was elected County Superintendent. He was one of the founders and promoters of educational work in the Monteagle Assembly. He gave much thought and encouragement to that popular dissemination of knowledge at that time. His influence was felt throughout the whole Southland as an educator.

Brother Scobey became a Christian in 1850 at the age of sixteen. He was baptized by Sandy E. Jones, another teacher and preacher of the gospel. He began preaching soon after the Civil War. He taught the Bible in all of his schools. He felt that he had not done the best that be could for his students if he neglected giving them religious training. While he gave the most of his time to the schoolroom, yet, during vacation, be traveled extensively, and did much evangelistic work. He conducted meetings in Kentucky, Tennessee, Arkansas, Texas, and Alabama. His preaching was characterized with simplicity. He presented his subjects in logical order, and was easily understood by the masses. He was kind in dealing with error and firm in presenting the truth on any subject. He was a fluent speaker, and his preaching was marked with that thoroughness which be bad acquired in the classroom. While his sermons were Scriptural and logical, yet they were scholarly and effective. He baptized many people and established many congregations during his long and busy life.

Brother Scobey was a ready writer. He wrote many newspaper articles on educational subjects. He wrote much for the religious press. He was a deep thinker and had a very happy way of expressing his thoughts. In the vigor of his manhood once he wrote as follows: "In the alchemy of that day these worn and weary bodies of flesh and blood will be changed and be made like unto his glorious body. The old armor shall be laid aside; for the helmet, we shall have the crown; for the sword, the palm; for the shield, a harp of triumph. Then shall the shout of the conquering hosts shake the pillars of the universe, and the glory of God and his Christ shall light up the magnificent spectacle of humanity redeemed, immortalized, crowding around the throne of the great I AM, while the angelic hosts and redeemed men sing the new song of Moses and the Lamb." This expresses beautifully the rich promises of God and the hope that our brother had in them.

Brother Scobey lived to be nearly ninety years old. He died on July 6, 1923. He was a member of the church seventy-five years, a preacher of the gospel fifty years, and a teacher for forty-seven years. He made a rich contribution in service to his fellowmen and to, the glory of God for many long years. " Well done, thou good and faithful servant: . . . enter thou into the joy of thy Lord."

Directions To His Grave

James E. Scobey is buried in the Mt. Olivet Cemetery, Nashville Tennessee. The cemetery is located at 1101 Lebanon Pike, Southeast of downtown Nashville. Click over to Mt. Olivet for map and location of the grave in the cemetery.Look for three crosses. Behind Celtic cross go in 7 rows.