Aaron Seitz was born in 1807. This writer has very scant information on the life of Aaron Seitz. He was a gospel preacher who lived and worked for many years in Van Buren County, Tennessee. When Burritt college was formed there in the town of Spencer in 1848, Aaron Seitz was one of its early supporters, sending his children to attend the college. He assisted in the establishment of the church of Christ in that town as well, and was one of its orginal trustees. His son *Anderson Tillman Seitz, Jr. attended Burritt College and graduated in its seventh graduating class in 1856. His son also later served as the college's sixth president from 1883-1886. Aaron Seitz passed from this life in 1868 and was buried in the old Molloy Cemetery.

Directions To The Grave of Aaron Seitz

Aaron Seitz is buried in the Molloy Cemetery, in Spencer, Van Buren County, Tennnessee. On I-40 between Nashville and Knoxville go to Cookeville and take Exit 288 and head south on Hwy.111/70s. Travel about 30 miles on Hwy. 111 and in Spencer, Tn. Turn right on McCoy Rd. and immediately back to your left. It will dead end into Old Dunlap Road. Then turn right on Old Dunlap Road. The Molloy Cemetery will be on your left. Enter the cemetery, and look for the oldest graves. Next to some of the graves that have elongated stones shaped as a triangle or a tent/arch above the ground. The Seitz plot will be among this section of older graves. 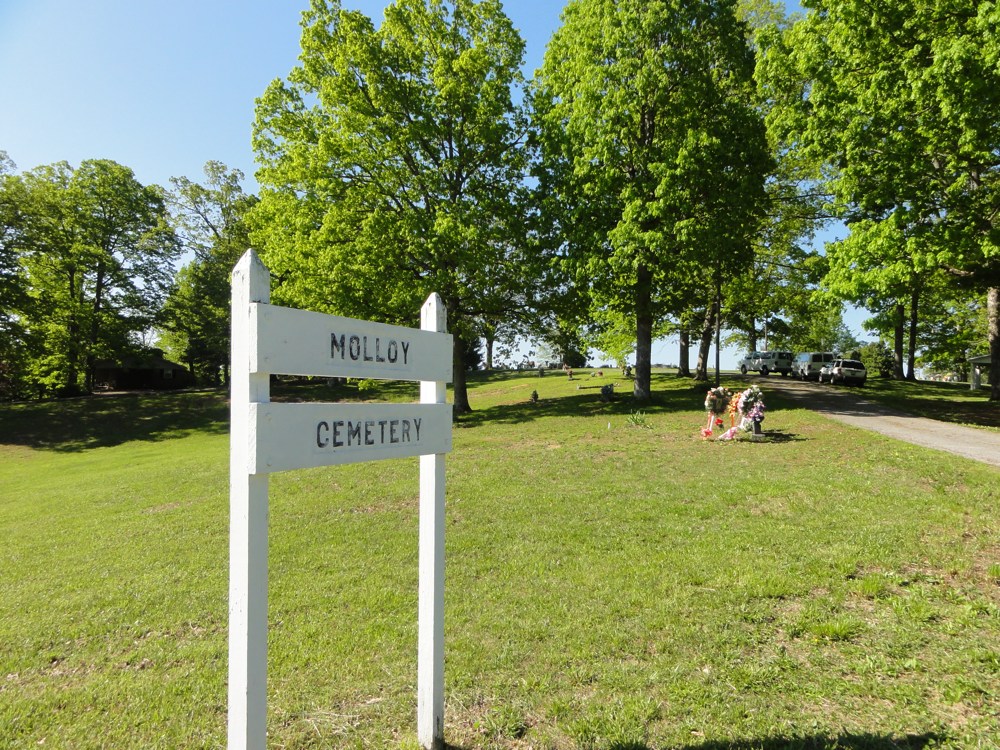 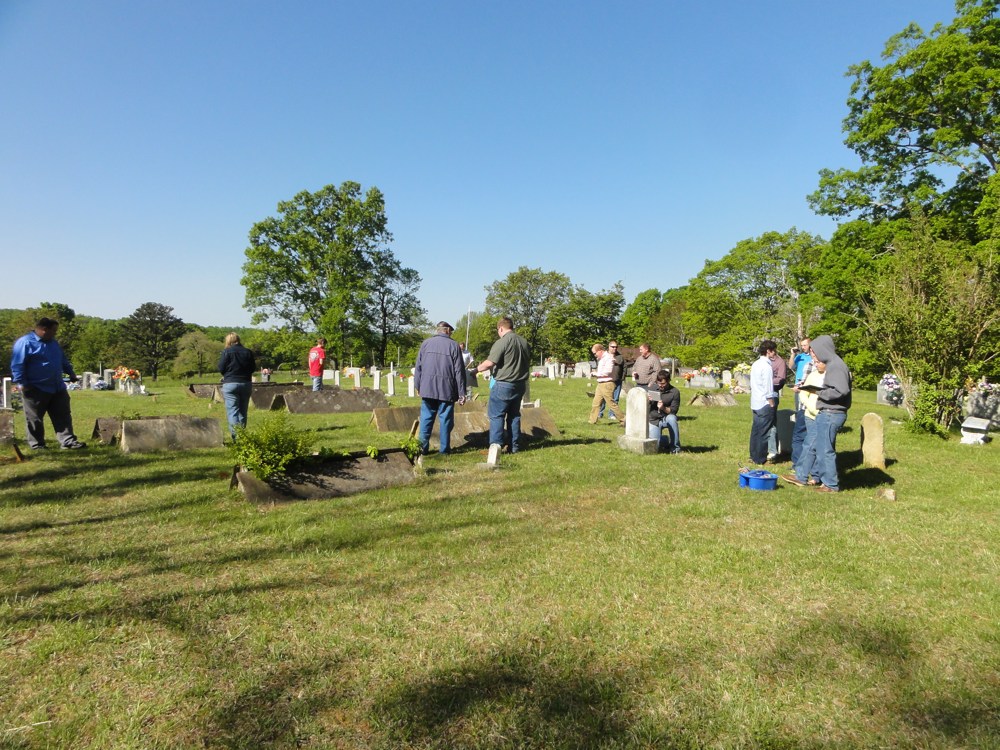 Students Of Southeast Institute Of Biblical Studies At The Grave Of A.T. Seitz, Sr., May 2013 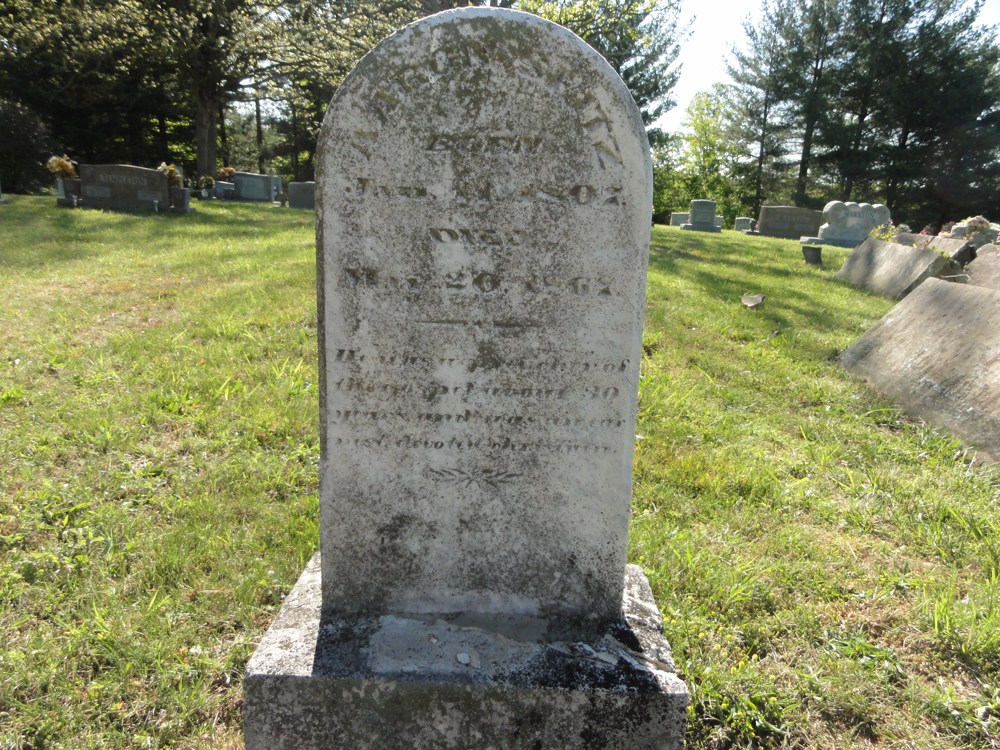 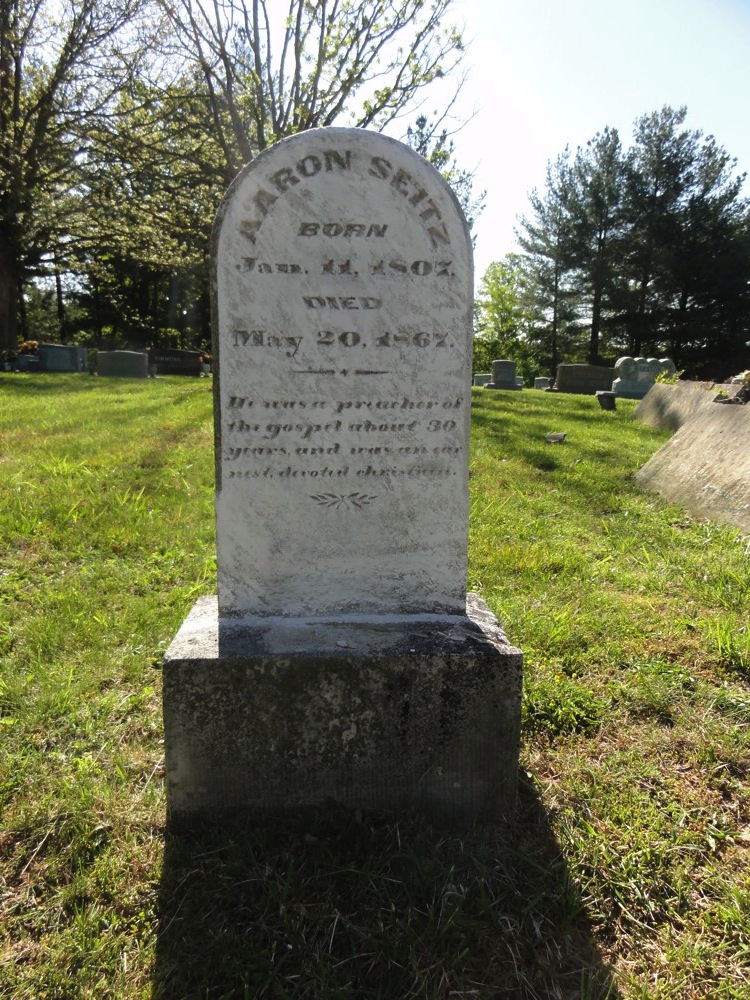 Anderson Tillman Seitz, Jr. is a disputed name to historians. According to Burritt College records, Aaron Tillman Seitz, Jr. was his name. However, his last days were spent in Italy, Ellis County, Texas. He died and was buried there. Upon his monument is the name, Anderson Seitz. Lest it might seem that "Anderson" was a misprint, his wife's marker reads, "M. M., wife of Anderson Seitz." Thus, either he changed his name when he got to Texas, or his full name had the name "Anderson" in it, or something has been lost in translation. There is little doubt as to his father's name as been Aaron, for it is on his marker. There is a painting in the Burritt Museum of the sixth president of the college, and it is inscribed Aaron Tillman Seitz.
-Update: September, 2013 - According the U.S. Census both from 1850 and 1860 Aaron's son's name, and 6th president of Burritt College is Anderson T. Seitz. Thanks to David Welborn, a family descendant, for clarifying the question about his name.