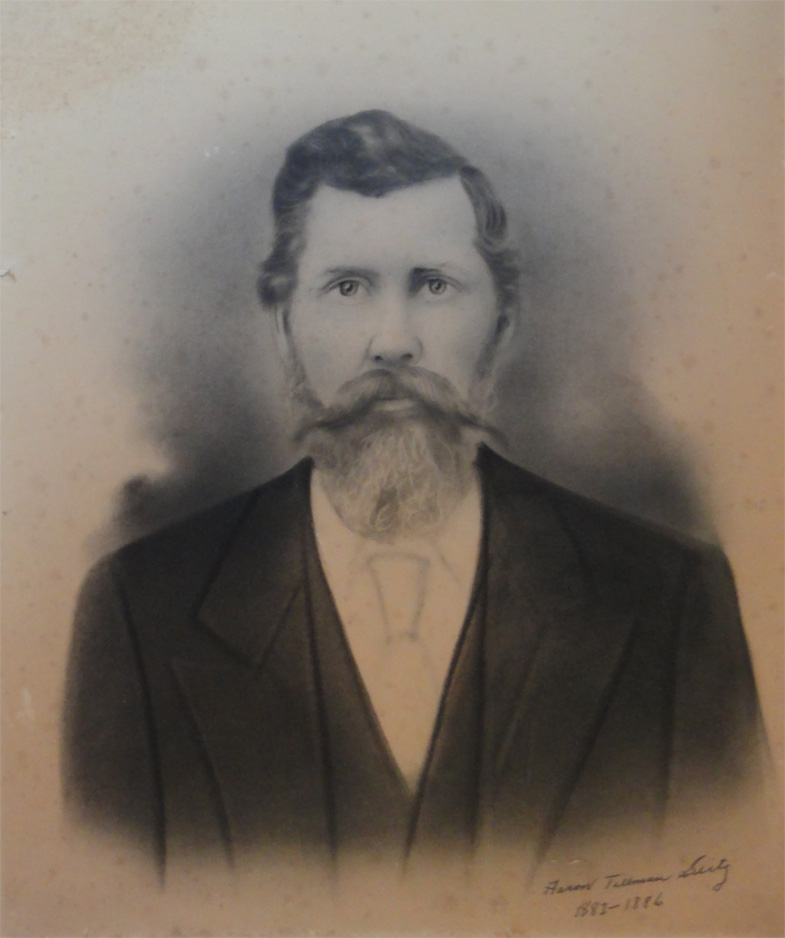 Anderson T. Seitz was born in McMinnville, Tennessee October 10, 1836. He was the son of an old pioneer preacher, Aaron Tillman Seitz. He was educated at Burritt College in Spencer, Tennessee. During his time there he was baptized into Christ by W.D. Carnes. He graduated in 1854. During the Civil War, Seitz served in Company I, Sixteenth Regiment, of the the Tennessee Volunteers, as Third Lieutenant. He later returned to Burritt College as an instructor in the Mathmatics Department. He was appointed Dean under the presidency of Dr. T.W. Brents. When Brents stepped down in 1879, the board of directors named Seitz as Burritt's sixth president. He served in this position from 1879 to 1885. After stepping down he moved out to Texas to educate and preach. In the town of Italy he operated a school for a time and lived there the remainder of his life. He passed from this life August 2, 1904. He was buried in the cemetery at Italy.

*The name Anderson Tillman Seitz appears to be in somewhat dispute. According to Burritt College records, his name appeared as Aaron Tillman Seitz. However, on his gravemarker, and that of his wife, his name is recorded as "Anderson." In a recent email from one of the descendants, David Welborn, of Tullahoma, Tennessee, proof was provided to show that Anderson is the correct name. Records from Burritt College have been confused at times in rendering his name Aaron T. Seitz, which actually was his father's name. According the U.S. Census both from 1850 and 1860 show that his name is Anderson T. Seitz. Thanks to David Welborn for clarifying the question about his name. 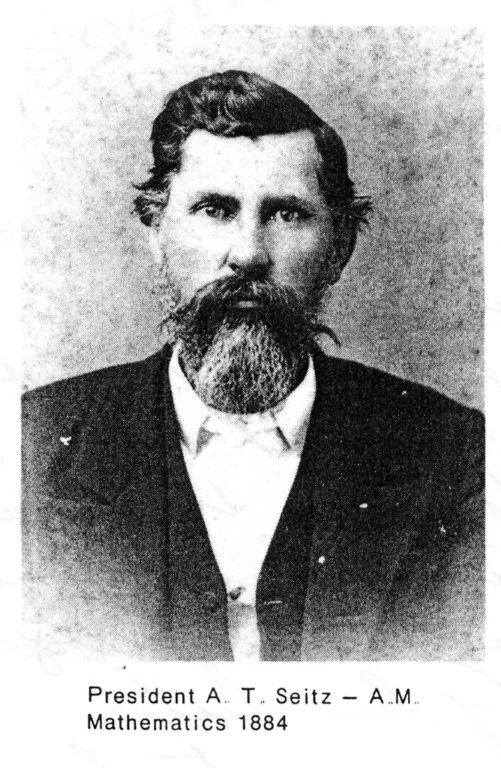 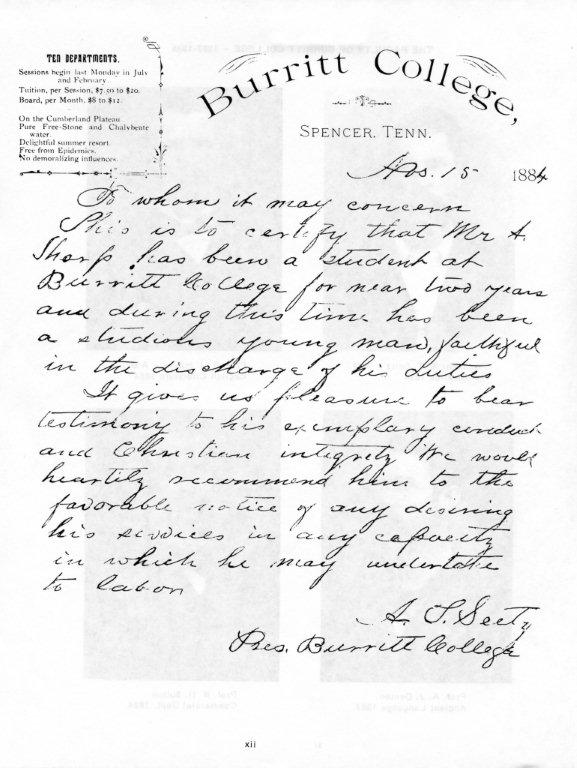 Brother A. T. Seitz was born, near McMinnville, Tenn., on October 10, 1836; obeyed the gospel at McMinnville, under the preaching of Brother Benjamin Franklin, and was baptized, by Brother W. D. Carnes, in 1868; and died, at Italy, Texas, on August 2, 1904. Brother Seitz was for a long time connected with Burritt College, Spencer, Tenn., serving first as professor of mathematics and then president of the school (he held the latter position for six years, from 1879 to 1885). In 1885 he went to Italy, where he opened and conducted a successful school. He had no children of his own, but he and his faithful wife reared a boy and a girl, both of whom became Christians. The girl is now Mrs. Robert Petty, of Nashville, Tenn.; the boy was Prof. Thomas Eanes, who died in 1893. He was one of our noblest, truest, and best preachers. Brother Kelton, Brother Carnes’ son-in-law, says: “Everybody loved Brother Eanes, and you cannot speak too highly of him.” Brother Seitz was confined to his bed for about three years before his death, and was unable to speak or assist himself during all that time. He was buried in Italy. A brave, true, noble man has fallen. He was faithful and true to the New Testament till his death. It was easy to know where he stood; he was always frank, open in life. He was strong and deliberate in his work. No one can tell how much Sister Seitz suffered and did during the long period of her husband’s illness. She is left alone to mourn his death till God shall call her home. May her last days be sweet and peaceful till she is called to the presence of God and to the eternal company of her now happy husband, who suffered so much during his last years on earth. May God bless us all and keep us in his service till death.

Sister Seitz, wife of Brother A. T. Seitz (deceased), died on March 7, 1911, at the home of Brother and Sister Trammel, of Italy, Texas. Sister Seitz had been sick almost three years before her death, and was exceedingly patient and cheerful during her sickness. She was a pure, good, Christian lady. She was loved by all the people in the little town where she died. She was reared a Methodist, but later learned the truth and obeyed it and lived a pure life unto the end. Had Sister Seitz lived until August 15, she would have been seventy years old. She never had any children herself, but raised one boy and made a preacher of him. Her husband died some seven years ago; and he, too, was a great Christian. Brother and Sister Seitz were known in many places and by many people. They had many friends, and were highly respected by even those who were not Christians. They are now both dead, but their lives will live in our lives. Brother and Sister Trammel loved Sister Seitz as a mother. She lived with them so long. Sister Seitz and Sister Trammel were like mother and daughter. Sister Seitz had but few close relatives to mourn her loss, but had many brethren and good friends who say: “I am glad I knew her, and sad because she is now gone.” She rests, and her good works still lives. The writer spoke a few words to her brethren and friends at her burying.
J. S. Dunn.

Directions To The Grave of A. T. Seitz

A. T. & M. M. Seitz are buried in the Italy, Ellis County, Texas, in the Italy Cemetery. Heading south of Dallas on I-35E, head toward the small town of Italy, about 50 miles. Take Hwy. 34 exit (Dale Evans Dr.) and turn left toward town. Go about a half mile and turn left on Hwy. 77 (Mosley St.) Look for a sign for Italy Cemetery to the right. Turn sharp right on Couch St. Enter cemetery on right in the first entrance. Head past the first road cutover, and go until you see a clump of trees to your left in the second big section. Make your way over into the middle of the section. The graves are getting older, and therefore are fading. Be sure to get a good look at the shots below to see the shape of it, as it will make them easier to locate. 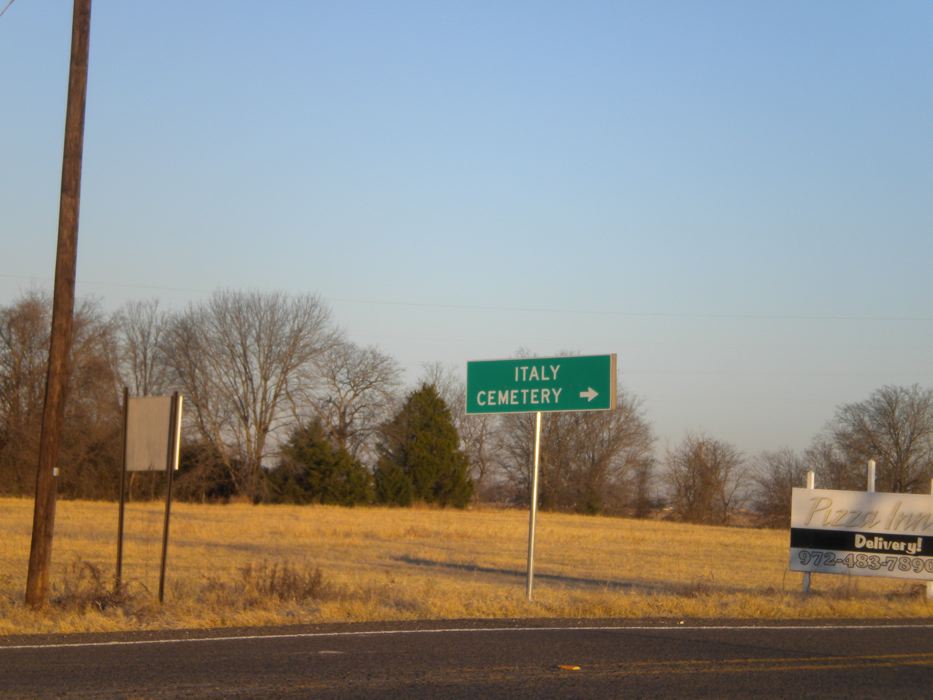 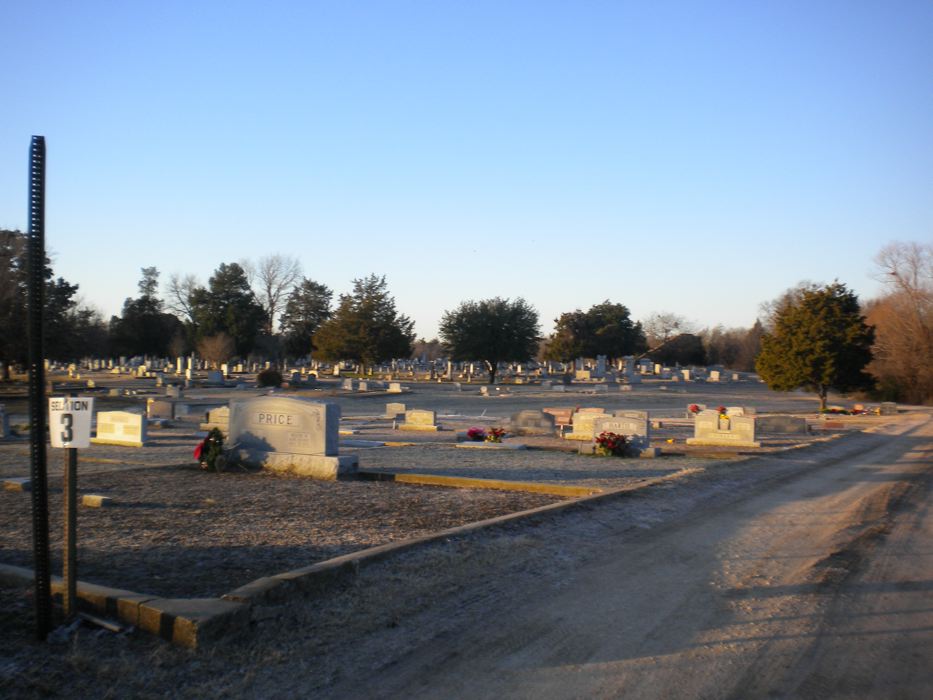 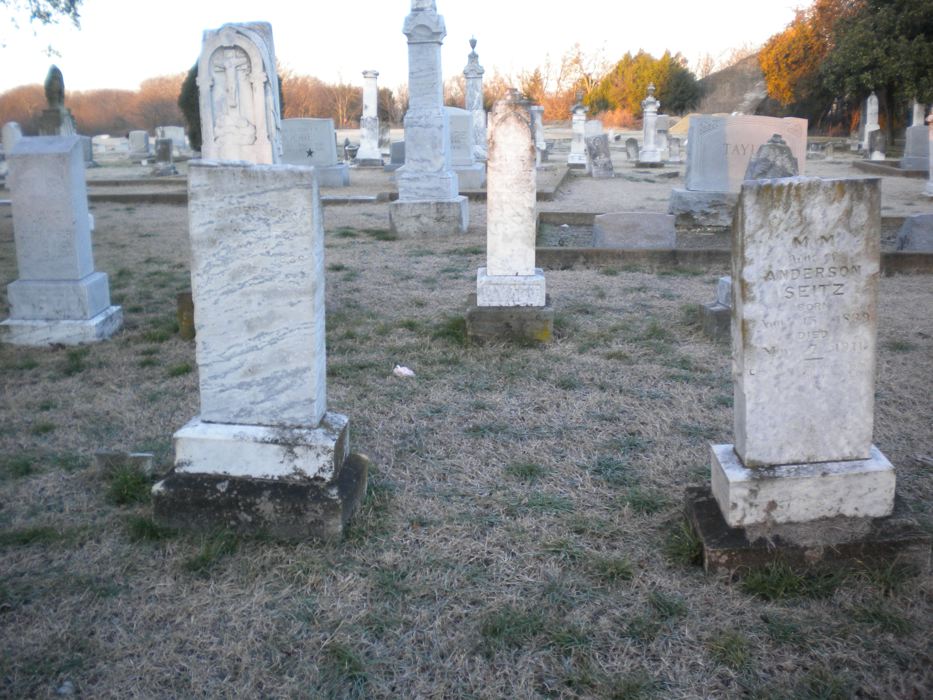 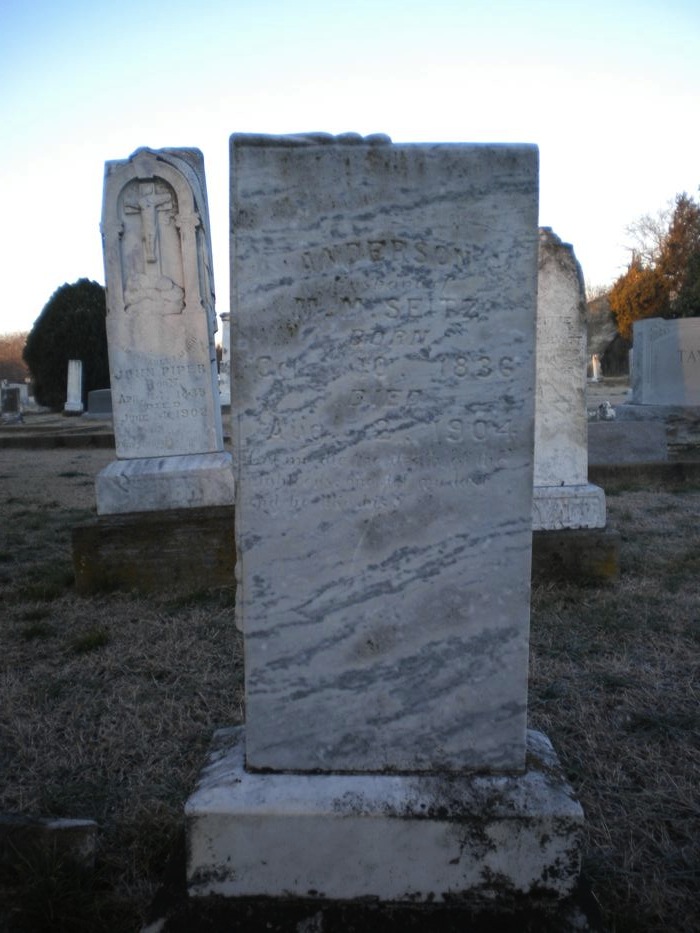 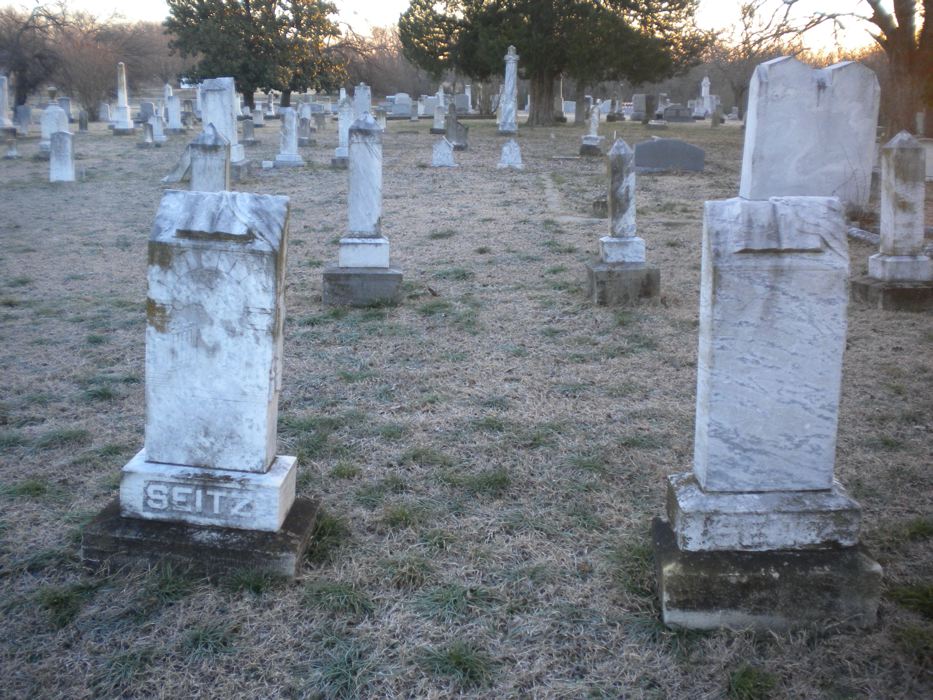 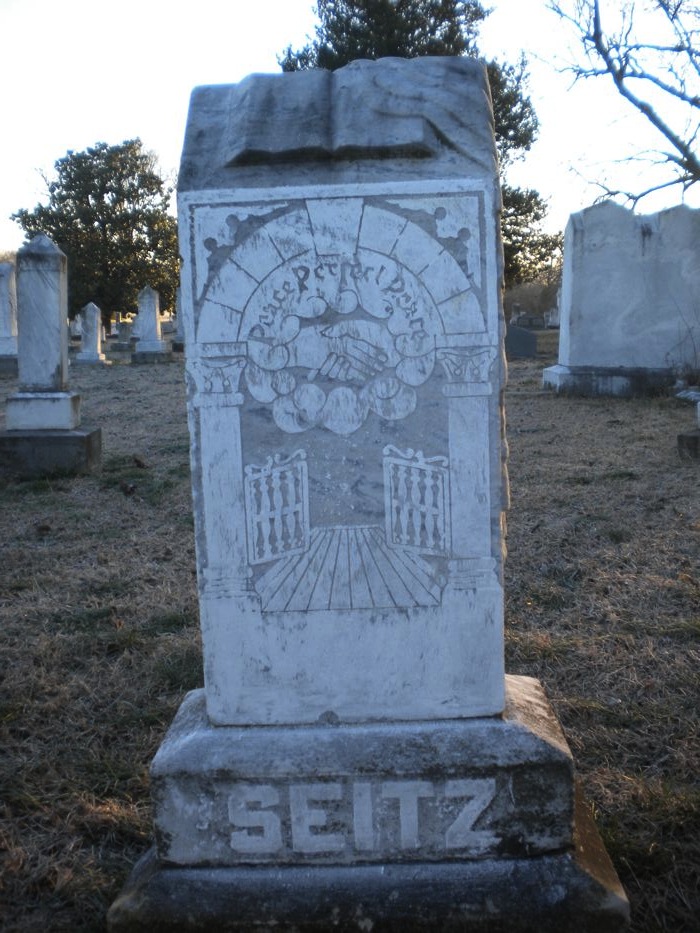 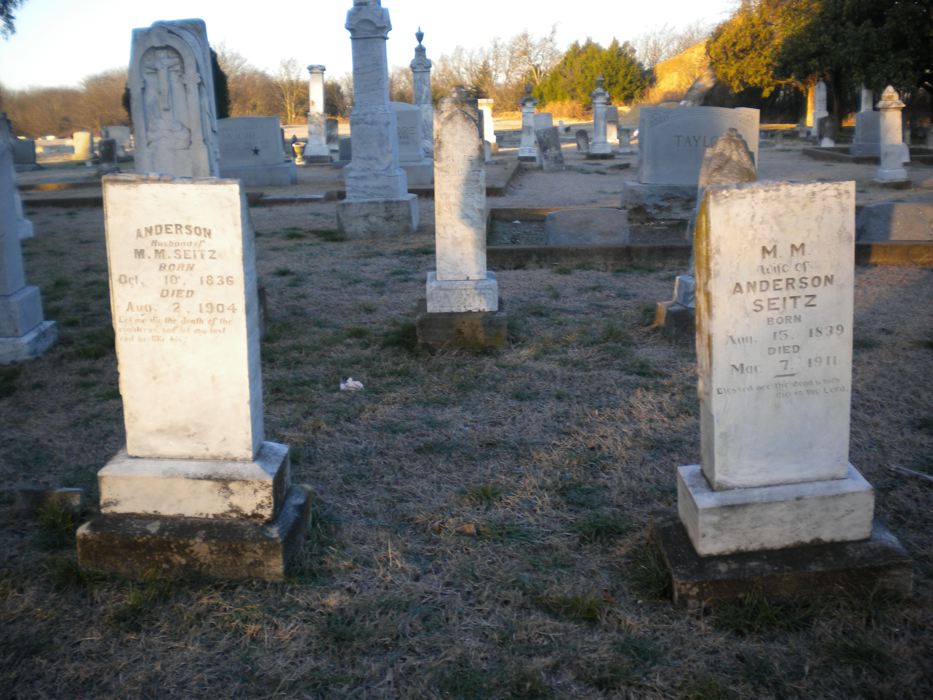 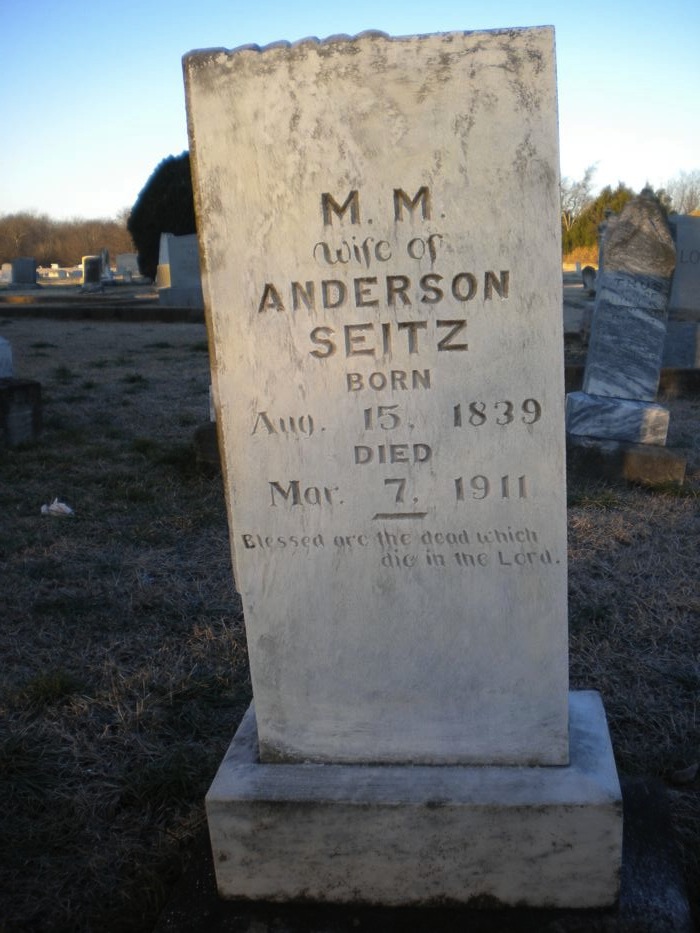 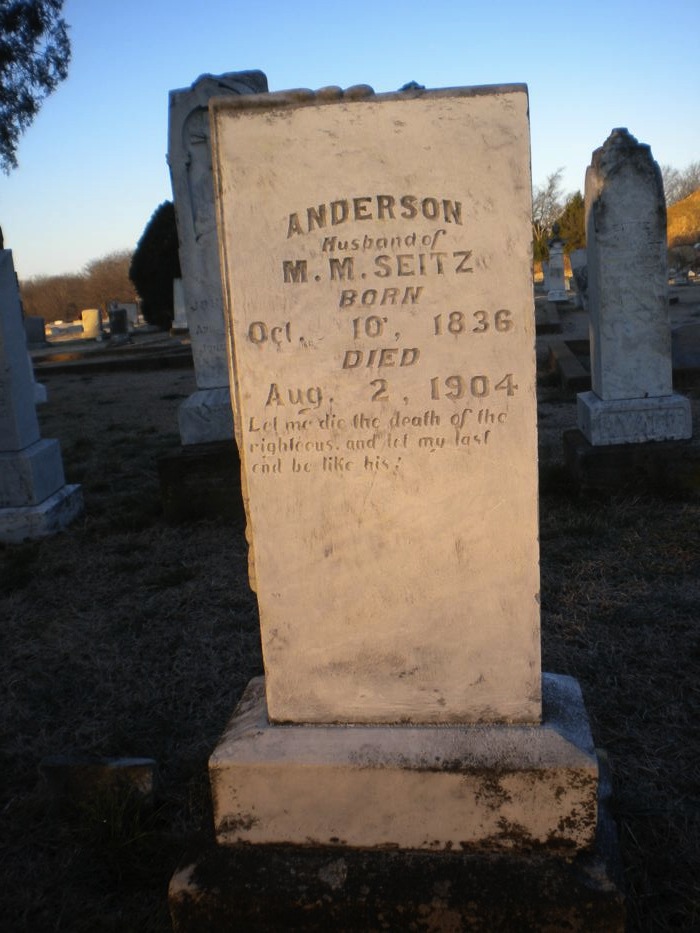 Special Thanks - A very special thanks goes to my good friend, Rich Berdan. In January, 2010, my wife, Jenny and I were out in the D-FW area for the Fort Worth Lectures. We stayed with our dear friends Rich and Barb. One morning before daylight, Rich and I took off south and went to Italy for the purpose of finding the grave of A. T. Seitz. My grandmother always said that the two coldest places in the world are the railroad tracks and a cemetery. Well, she sure was right about the cemetery that January morning. We walked quickly, and did not loiter. We found the graves of A. T. and M. M. Seitz, got our pictures and moved on pretty quickly. Many thanks to Rich for helping me hunt graves that winter morning in Texas.