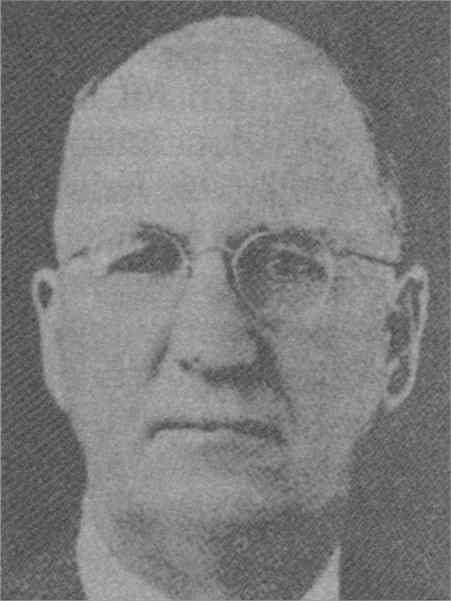 William Washington Slater was born February 2, 1885, in Logan County, near Ozark Arkansas. He was the son of William David and Melvina Elizabeth (Williams) Slater. He had six brothers and four sisters. The boys were John, Thomas, Dewey, Sanford, Charlie and Graden. The sisters were Lucy, Effie, Edna and Bonnie. All have passed from this life except Charlie of Sallisaw, Oklahoma.

When William was five years old, his family moved to Indian Territory (Oklahoma) settling near Sallisaw on a farm. His education was only to the 4th or 5th grade, but he did spend much time in studying and reading.

He was baptized into Christ in 1901. He soon became interested in the study of music. He went to singing schools when he could. About 1903, on Saturdays, when other young men went to town to spend the day, William would put the saddle on an old mule and ride some 15 miles to study music and take voice lessons to become a better song leader. In 1906, he became associated with S. J. Oslin, of Stigler, Oklahoma, in teaching music and to study harmony. After that, he taught many singing schools in some 20 States. He began to study the Bible more every day and told his mother that he would like to be a preacher. His mother told him he would have to work hard and study the Bible every day but if he wanted to, he could make a good preacher. He did that.

On June 5, 1910, he married Miss Nettie Washington. To this union, five children were born, four girls and one boy. Their oldest daughter, Pauline, died in 1914. The other three girls, Thelma Banowsky, Loraine Scott, and Ruth Scott live in Fort Worth, Texas. The son, J. Nelson Slater, lives in Dallas, Texas.

Will Slater became associated with such great men as E. M. Borden, Joe H. Blue, Rue Porter, J. Will Henley, J. B. Nelson, J. D. Tant, and a host of others, all great preachers of God's Word. He sang in gospel meetings with these great men and he wrote many great songs.

While in a meeting with J. Will Henley at Atwood, Oklahoma, in 1912, one evening Henley preached a sermon on the home of the soul. Will took notes on the sermon and after service went to his room and before going to bed, he wrote the words for the song, "There's a Home for the Soul." The next day, he wrote the music for this song. One night in the meeting he got some others to help him to sing the song. When Henley got up to preach, with trembling voice and tears running down his cheeks, he said no man could receive a greater compliment than to have a song of that type written after one of his sermons. He said, "Brother Will, you may live long and write many great songs, but you will never write a greater song than this one. May the song live long and many thousands learn to sing and learn the great lesson therein. Thank you, brother Will, for this great song." "Brother Will" did live long and wrote many great songs. Later, he wrote the song, "Walking Alone at Eve." "Some say this was his best song, but I think 'Home of the Soul' is best," remarked Charlie Slater.

In 1913, Will began to make a few talks in the country schoolhouse, trying to preach. About that same time, he went to Coal Hill, Arkansas, and did preach part time for the church there.

In 1914, he came back to Oklahoma. The Slaters' first baby girl died and was buried near Sallisaw in Buffington Cemetery. In 1915, he went to Pourn, Oklahoma, near Muskogee, to do his first local work. Late in 1916, he went to Muskogee to do local work for the church there. While there, in 1917, his father passed from this life. Will moved to Fort Smith, Arkansas, in 1918, then to Beaumont, Texas, and then to Irving, Texas. He held many gospel meetings in 20 States.

In August, 1959, he was at Crystal Springs, Arkansas, doing what he loved best-preaching and singing. On the evening of August 22, he had preached. After the sermon, as he often did, he asked the people to stay and sing a few songs. He was asked to sing the song, "This is Someone's Last Day." He talked some about this song title, exhorted the audience to note the truthfulness of it, not realizing it was his last day. After the service, he was preparing for bed in the home of one of the brethren when he became ill. He told the folks he needed a doctor. He died enroute to the hospital in Hot Springs, Arkansas, on August 22, 1959.

On August 25, 1959, borne in the hands of six gospel preachers, the body of William Washington Slater was laid to rest in Fort Worth, Texas. At last, the desire of his heart, so eloquently expressed in one of his greatest songs, was fulfilled:

Of for a home with God, a place in his courts to rest;
Sure in a safe abode with Jesus and the blest;
Rest for a weary soul once redeemed by the Savior's love
Where I'll be pure and whole and live with my God above.

His companion for almost half a century and the mother of his children continued until February 12, 1965, when she joined him in the "home with God, a place in his courts to rest." God will bless the memory of the Slaters for their works do follow them.

Some Songs Of Will W. Slater

In January, 2002, it was my joy to attend the 25th Annual Ft. Worth Lectures at Brown Trail Church of Christ, Ft. Worth, Texas. One of the members there, Tom Gardiner, took me over to Blue Bonnett Hills Cemetery to see the graves of brother W.W. Slater and Thomas B. Warren.

The grave of W.W. Slater is located in Colleyville, Texas between Gravevine and Ft. Worth. On Hwy 26 in Colleyville, heading east you will see the Blue Bonnett Hills Cemetery on your right. Enter at the eastern most entrance (closest to the mausoleums) and proceed into the cemetery. Go to the top of the hill and you will come to a large fountain. Make your way around the fountain and continue on to the top of the hill. At the top of the hill you will come to a cross road. Look immediately across to the left corner and you will see the large family plot of "Banowsky." Slater is close to the road in this plot on the left hand side.

While in this graveyard, be sure to visit the graves of Leroy Brownlow, Avon Malone and of Thomas B. Warren.