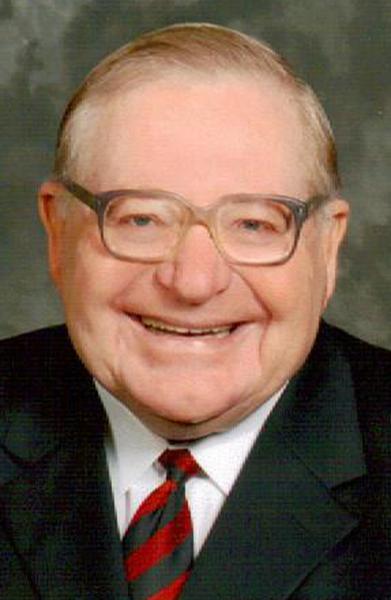 Don graduated from Northside High School in Ft. Worth and Abilene Christian College.  In college Don met the love of his life, Carol Jean Mitchell, when he threw a cherry bomb at her feet.  They married on Sept. 10, 1956.

Between 1955 and 1961, Don ministered at the Welcome Valley Church of Christ in Stephenville, and churches in Winnie and Lamesa, Texas.

In 1961 Don and Carol, and sons, Larry and Danny, sailed to Brazil with 12 other families to become missionaries in Sao Paulo.  Two more children were born in Brazil:  a third son, Gene, and a daughter, Caroline.  The Vinzants worked in Brazil for 12 years. 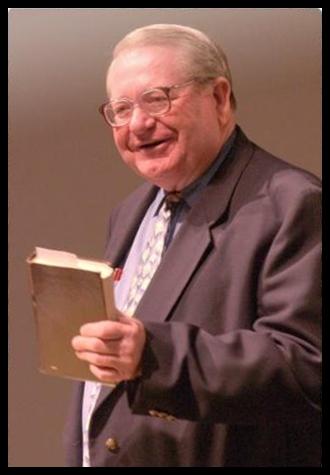 In 1989, they moved to Edmond, Okla. to teach Bible at Oklahoma Christian University and work as an associate minister at the Edmond Church of Christ.  In 1997, Don was named Pulpit Minister at the Edmond church.  Don was active in his work until he became ill less than a month ago with an advanced case of multiple myeloma.

He was preceded in death by parents, Ruel and Mary, and sister Mary Ann Walters.

He is survived by his wife of 54 years, Carol; son Larry and Cheri Vinzant of Spring, Texas; son Danny Vinzant of Austin, Texas; son Gene and Rebecca Vinzant of Prairie Grove, Ark.; daughter Caroline and Chris John of Keller, Texas; brother James and Dottie Vinzant of Justin, Texas;  eight grandchildren and one great-grandson.  He also leaves behind a large number of other beloved relatives and a multitude of friends blessed by his ministry.

He will be remembered for his kind and generous spirit, big smile, hearty laugh, keen intellect, and deep love for God, the church, and his family.

In lieu of flowers, donations may be made to the Continent of Great Cities (a Latin American mission work organization) at 3939 Belt Line Rd. #705, Addison, TX 75001.

Services are under the direction of Matthews Funeral Home, Edmond.

Directions To The Grave of Don Vinzant

Don VInzant is buried in the Ebony, Texas Cemetery. Ebony is located in a very rural section in Mills County, in south central Texas.

From Waco: South of Waco on I-35N take the SR340 Loop N toward the west. About one mile turn left on Woodway Dr. Hwy. 84. and head out of town toward Goldthwaite. Head 85 miles into Goldthwaite. In Goldthwaite you will come to split. Take Hwy. 15 to the left and cross over the railroad tracks. Take a right on Hwy. 183/16. Go four blocks and turn left on Co. Rd. 574 (Hannah Valley Rd.). Head out of Goldthwaite about 20 miles through the little community of Regency. Take the third road to the right on CR-536 (Gravel Road), and head north. Go about one mile and turn left on CR-538. The cemetery is on the right.

From Brownwood: Head south on S. Main Avenue (Hwy. 377). South of town head east toward Camp Bowie Military Reservation on Hwy. 45. Hwy. 45 will cut toward the south. You will go through part of the Military Reservation. Go south about 12 miles and turn left on CR-532 (Gravel Road). Go about 2 1/2 miles to enter the Ebony Community. Turn south on CR-536 to Buffalo Community. Turn right on CR-538 and cemetery is on the right.

While in the cemetery, be sure to visit the grave of another gospel preacher of yesteryear, James R. Wilmeth. He was the great grandfather of Carol Mitchell Vinzant, Don's wife. 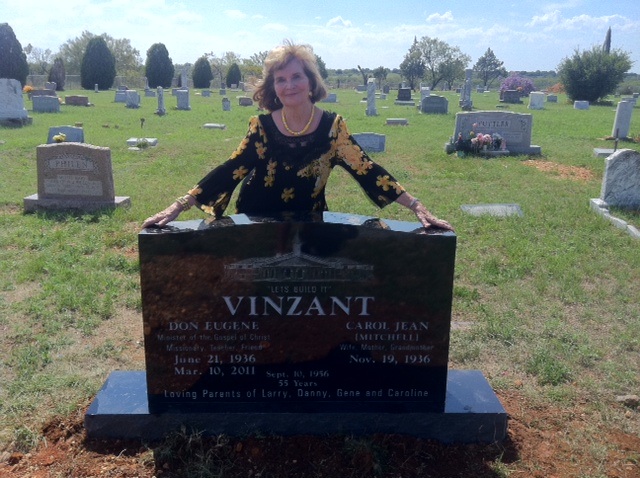 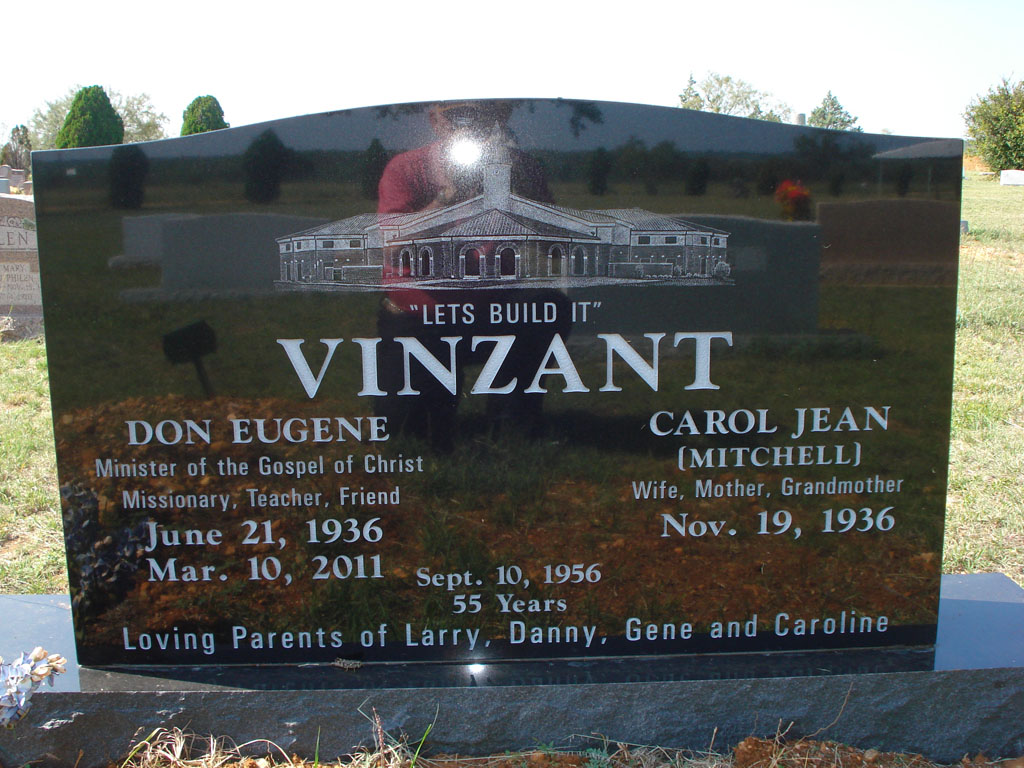 Special thanks to James Vinzant, the brother of Don who sent the photo above of his brother's monument with Carol Mitchell Vinzant standing behind. Incidentally, Carol's great-grandfather was James R. Wilmeth, who is also buried near the grave of Don Vinzant.