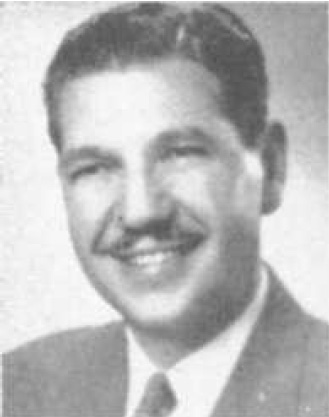 The Life and Work of F.W. Mattox

Fount William Mattox was born in Grand Falls, Texas in 1909. He was the son of J.P. and Irene Young Mattox. His maternal grandfather was the pioneer Texas preacher, F.L. Young. "Billy" was married to Mildred Formby in 1929, and the couple gave birth to two children, a daughter, Patti Mattox Bryant, and son, Dr. Joe Mattox. In their lives they enjoyed the blessings of seven grandchildren.

F.W. Mattox began preaching while attending Harding College (now Univerity) in Morrilton, Arkansas in 1922. Among the churches he worked with through the years was the 12th and Drexel church in Oklahoma City, Oklahoma from 1932-1940. While there he was involved in radio evangelism. The family then moved to California where he preached for the Sichel Street church, the oldest congregation in Los Angeles.

After two years, in 1942, the family moved back to his alma mater, Harding, then at their new campus in Searcy, Arkansas. He taught Bible, Church History, and Christian Education. From 1945 to 1956 he served as Dean of Men. He did a good bit of fill-in preaching for several churches in the area, but the family home congregation was the College Church where he served as one of the elders.

In 1956, after fourteen years with the college, he resigned from Harding to become the first president of Lubbock Christian College in Lubbock, Texas. While in the west Texas town, the family attended the Green Lawn church of Christ, where brother Mattox served as an elder. In his 18 year tenure as college President, he saw the school increase from a few small temporary buildings in a cotton field to a four-year college with many permanent structures. In 1957, there were 130 students. When he retired in 1971, there were 750 students. While there he served as Director of the Lubbock Christian College American Heritage Program, which received the George Washington Medal of Honor Award from Freedoms Foundation in 1960, 1961 and 1962. He was also a member of the LCC Speakers Bureau. During the years of the Cold War he served as a most popular speaker on Americanism and exposed the threat of Communism.

At the end of the school year 1971, during the annual Spring Faculty-Staff Dinner, Dr. Mattox was presented a commemorative plaque for fifteen years of service at LCC. Along with it was an expenses paid week-long deep-sea fishing trip in the Gulf of Mexico.

On August 10, 1973, while visiting the campus of Oklahoma Christian College (now University), Dr. Mattox presented the commencement address at their graduation exercises. On that occasion he was presented with an honorary Doctorate of Laws degree by college President, Dr. James O. Baird.

In 1974, Dr. Mattox stepped into the role of Chancellor of Lubbock Christian University when W. Joe Hacker was named the new college President.

F.W. Mattox was an good writer. He served as a staff writer for 20th Century Christian. He also wrote articles for various brotherhood papers. He wrote publications such as "Teaching Religion in the Public Schools," Peabody Press, 1947. In 1961, through Gospel Light Publishing Company in Delight, Arkansas, he published a work on the history of churches of Christ, called, "The Eternal Kingdom." It gained great favor among churches and educators, as it became a standard classroom text for courses on church history among Christian colleges.

On December 26, 1988, the wife of his youth, Mildred, passed away after suffering with a long bout with Altzheimers Disease. Burial followed in the Oleander Memorial Gardens in Wilmington, Hanover County, North Carolina. (Find-A-Grave) Within a year, he moved back to Searcy, Arkansas, and married an old college friend, Rheba Berryhill Stout. Rheba's first husband, M.E. "Pinky" Berryhill, a teacher and coach at Harding, and also a Harding school friend to Mattox, had passed away in 1972. Billy and Rheba Mattox were married twelve wonderful years until his passing March 16, 2001, at the age of 91. After a large funeral at the College church, his remains were laid in a single plot in White County Memorial Cemetery. (Find-A-Grave) Rheba lived another eight years, passing in 2009 at the age of 96. (Find-A-Grave).

Thus came to an end a great and productive life for Christ and His Church. Dr. Mattox did a great service to Christian Education as well. It was the pleasure of this writer to stand at the grave of this great man in the fall of 2019. Not far from his plot are the graves of many faithful servants of Christ as well as leaders in Harding University's great history, like J.N. Armstrong, L.C. Sears, J. Harvey Dykes, to name a few.

Doctor of Laws At Harding 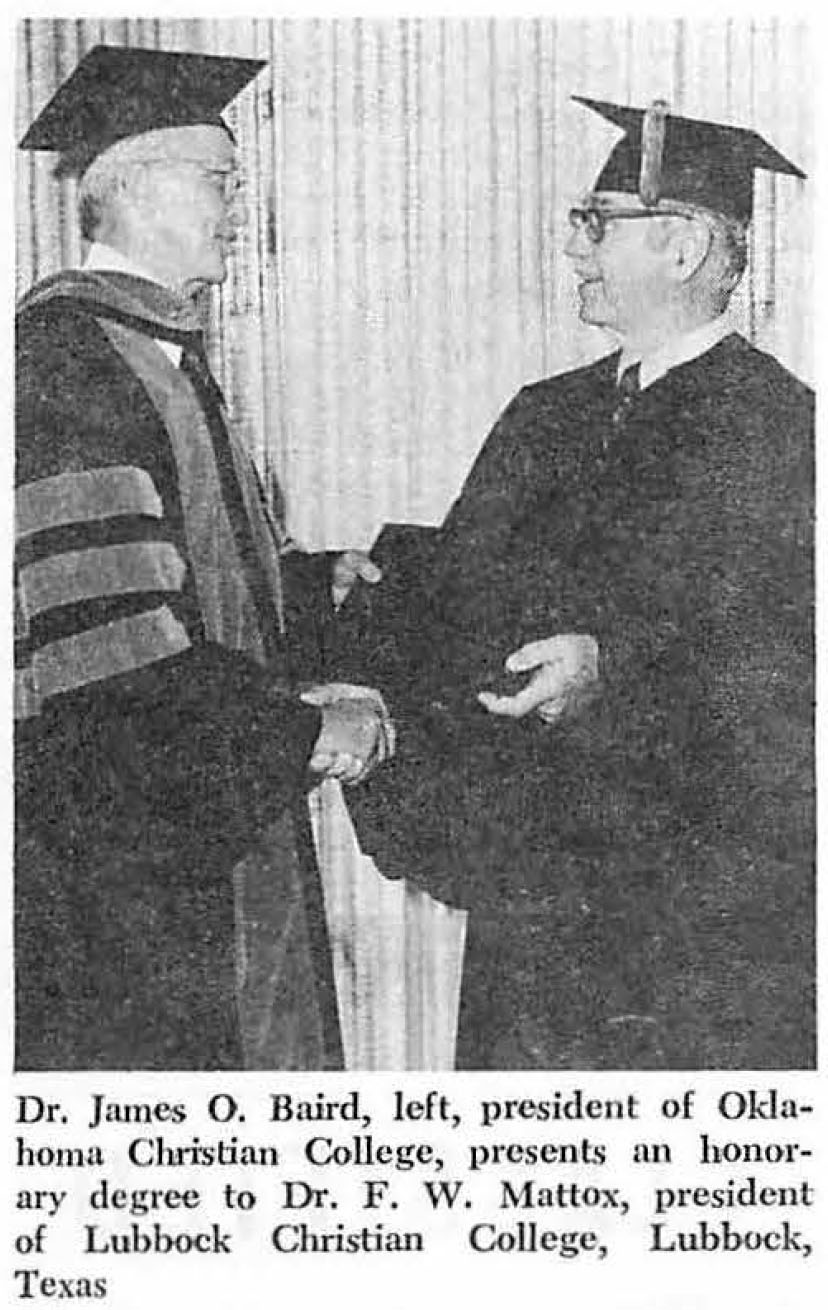 Gathering Of Three Presidents And One Dean 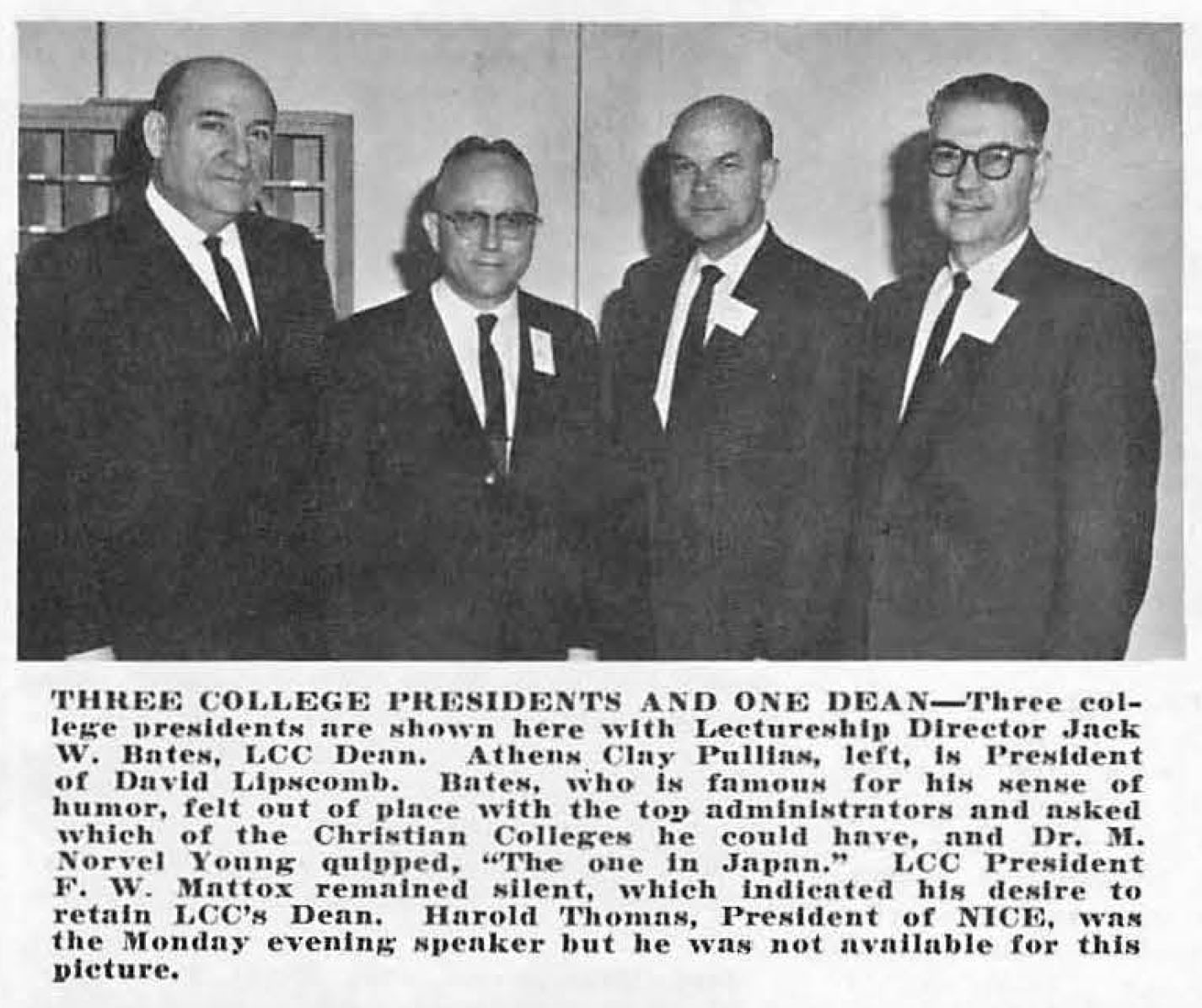 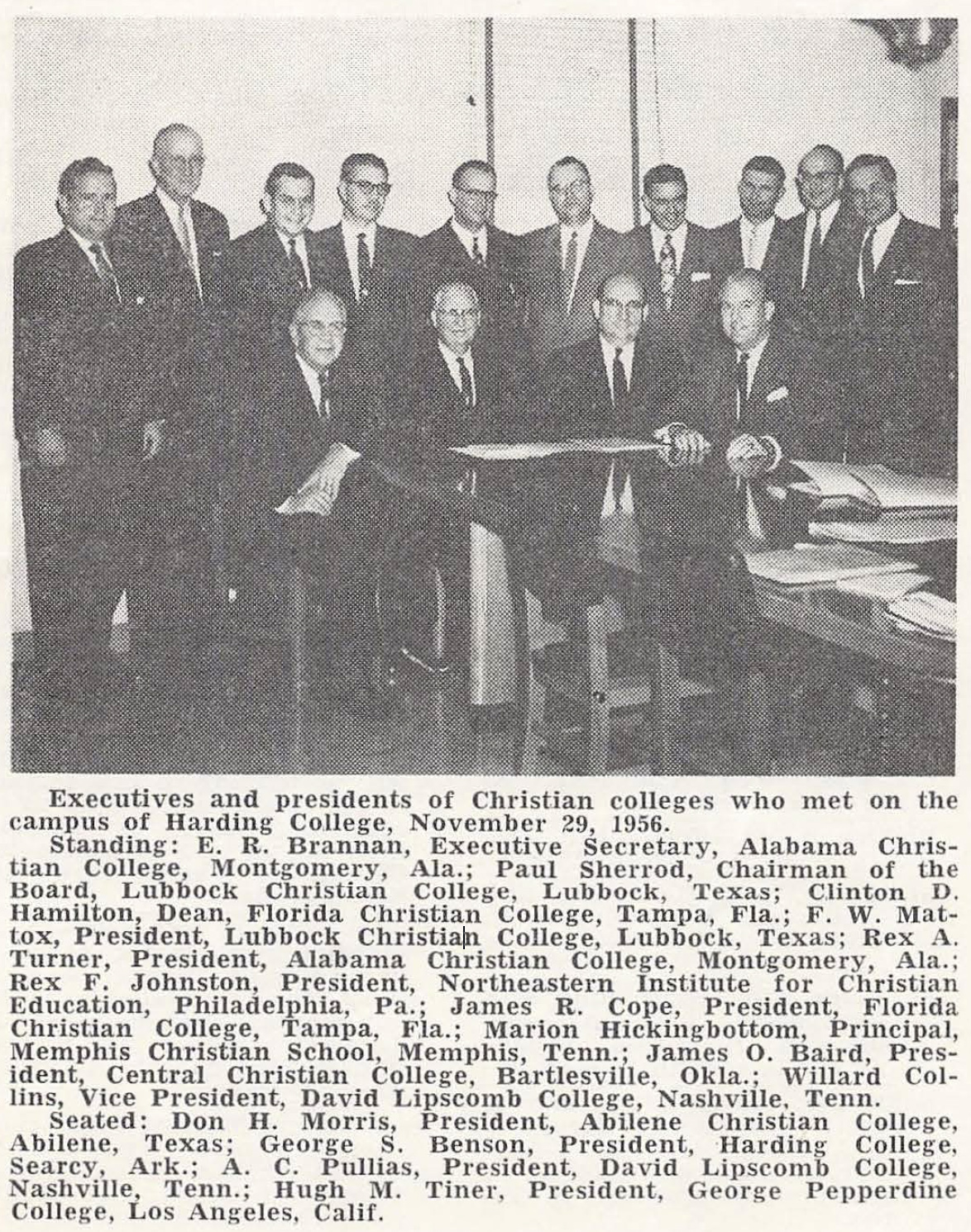 The Eternal Kingdom
A History Of The Church
F.W. Mattox 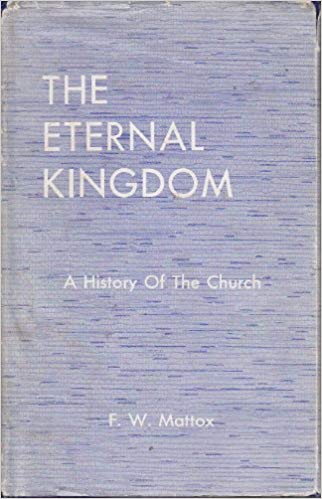 White County Memorial Cemetery is located in the southeast part of Searcy, Arkansas. Enter the cemtery and go straight ahead until you see the stature of Jesus. Stop car and head down walk toward statue. Just as you enter the section heading to the statue begin looking down to your left. The Mattox plot will be one of the first graves on the left. Garden of Christus, Section C, Lot 65, Sp. 1. 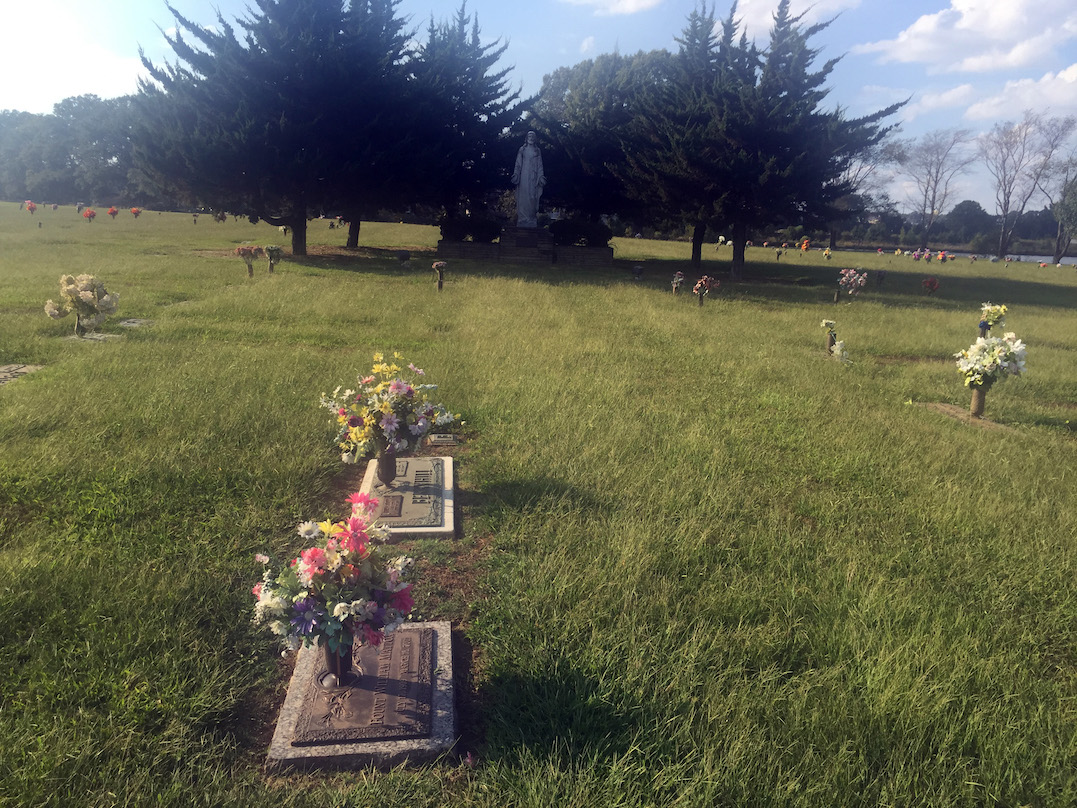 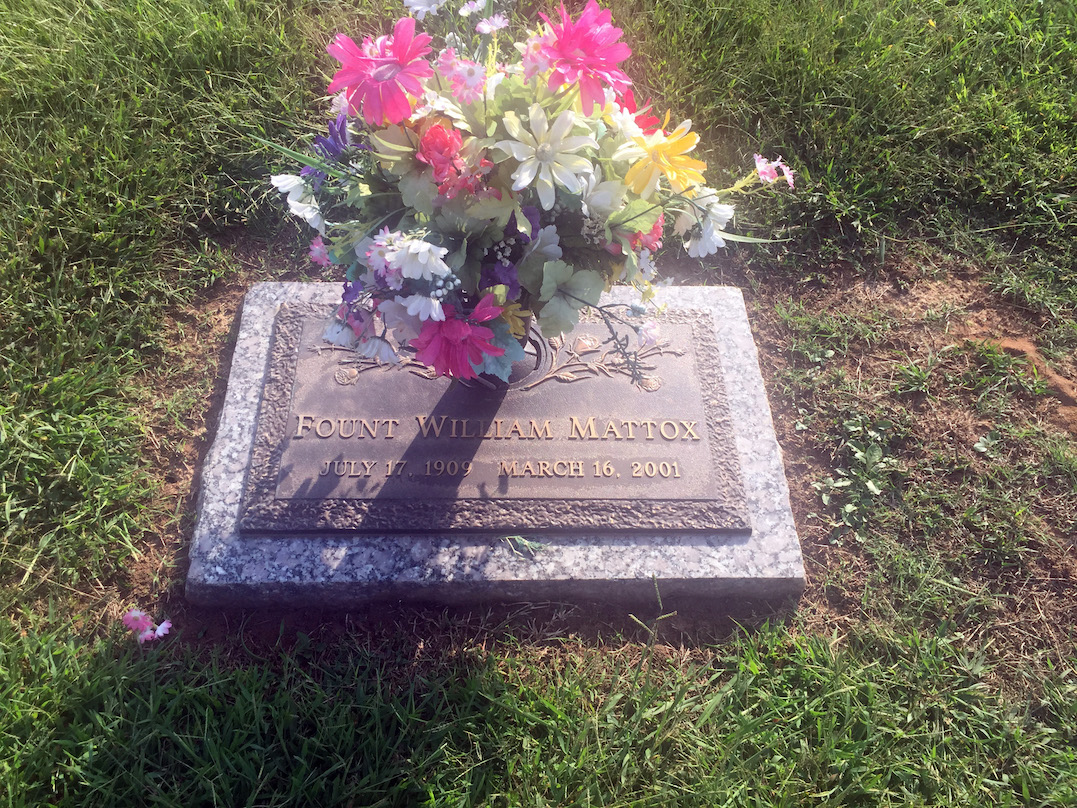 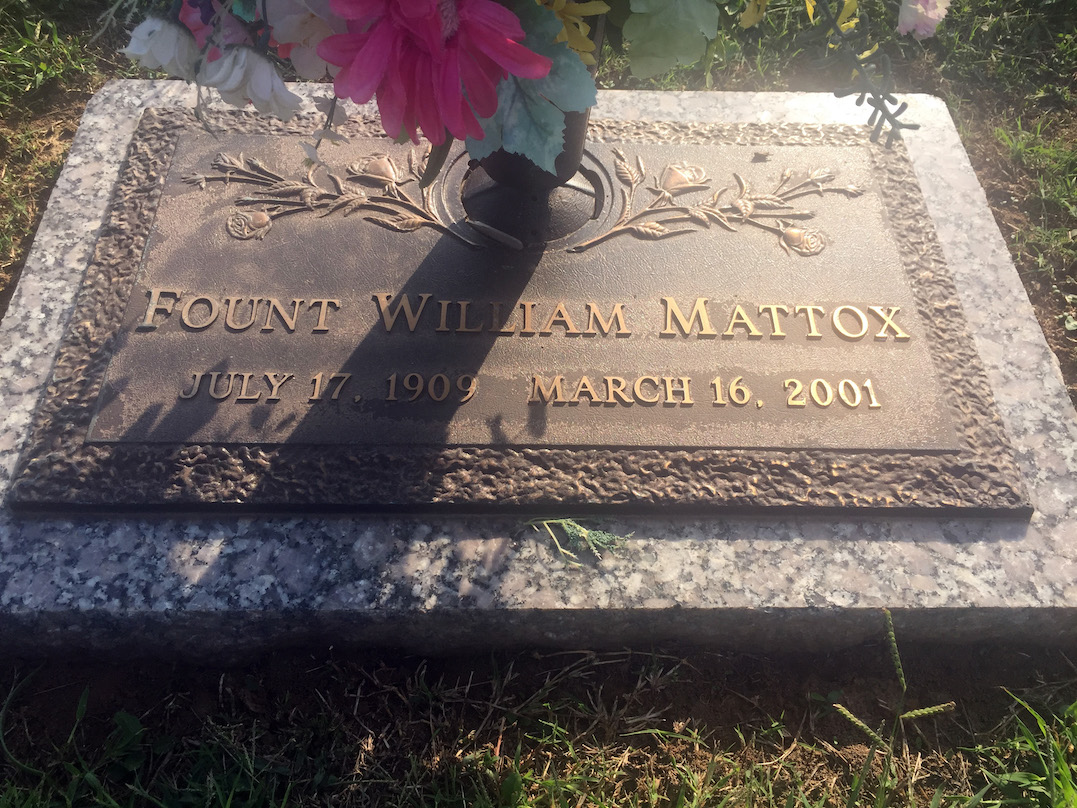