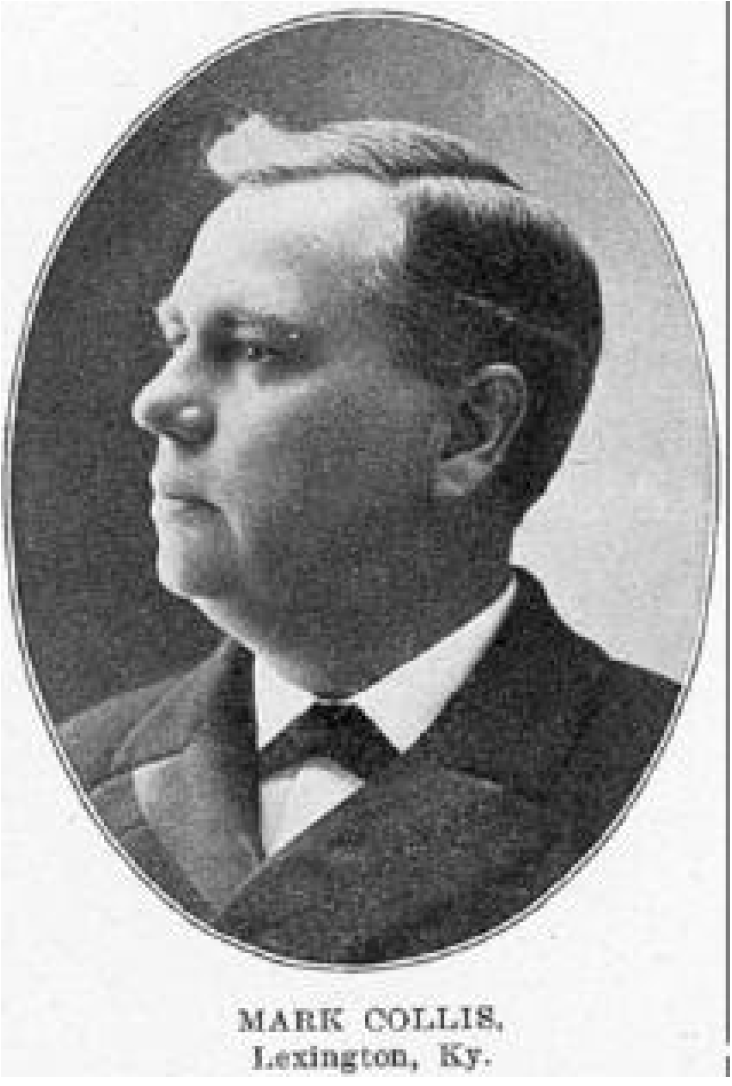 The Life of Mark Collis

Mark Collis was born on September 21, 1851 at St. Luke,  London, England. He was the son of George Collis (1821-1902) who was 30 years of age at the time, and Sarah Cranford (1817-1880), who was 34. When Mark was 3 years old his family moved to Adelaide, Australia where Mark grew into adulthood. When he was 23 years of age (1874) he went to America and attended Transylvania University and the College of the Bible in Lexington, Kentucky.

Graduating in 1881, he was presented with the opportunity to become the minister of Midway Christian Church in Midway, Kentucky. Moving there he assisted the congregation in its growth many years. In fact, when the church building at Midway burned in 1916, he assisted in the rebuilding project helping to raise $145,000.00 for the new structure. He also promoted Kentucky Female Orphan School (Midway University) by serving on the Board of Trustees from 1886-1918. Most of those years he presided over the board.

While continuing to preach at Midway, an opportunity arose for Mark to begin teaching English at his alma mater. This led to the family moving back to Lexington in 1885 where he could live closer to the Transylvania University campus. He continued teaching English until 1891. The following year (1892) he became Curator of Transylvania University; a role he filled until 1918.

In 1886, Collis was added to the Board Of Trustees for the College of the Bible. He served in this role until 1918.

After ten years as minister of Midway Christian Church, in 1892, Mark Collis became minister of Broadway Christian Church in Lexington. Over the next thirty-eight years he assisted in the building up of that church, seeing the additions of 6,328 members. In 1930, he was appointed Minister Emeritus of the church, a position he continued in for the remainder of his life.

October 2, 1942 was a sad day in Mark's life, when his wife, Mary, passed away. She had been his life-long companion for over 62 years. He and their seven children rallied around one another as her body was laid to rest in Lexington Cemetery. At 91, he still had several years of life to enjoy, thirteen to be exact. For, on March 23, 1955, Mark Collis breathed his last, at the grand old age of 103. He was buried next to his Mary in the beautiful park at Lexington Cemetery. 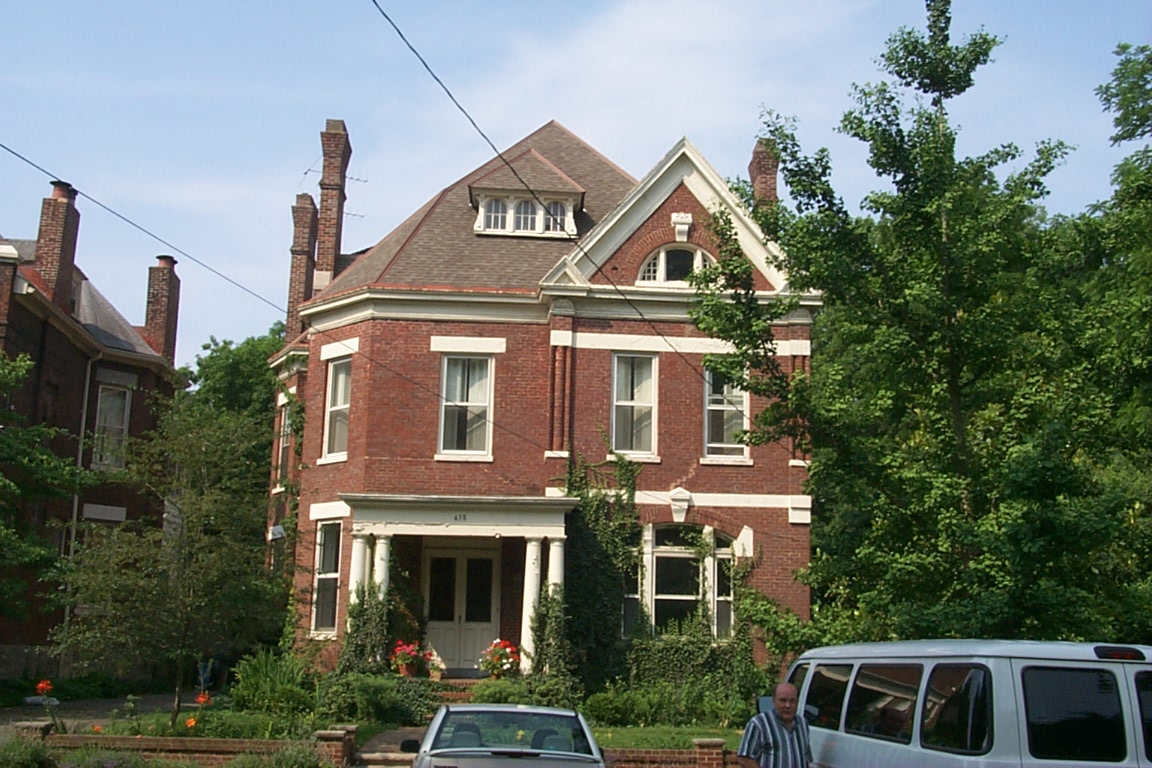 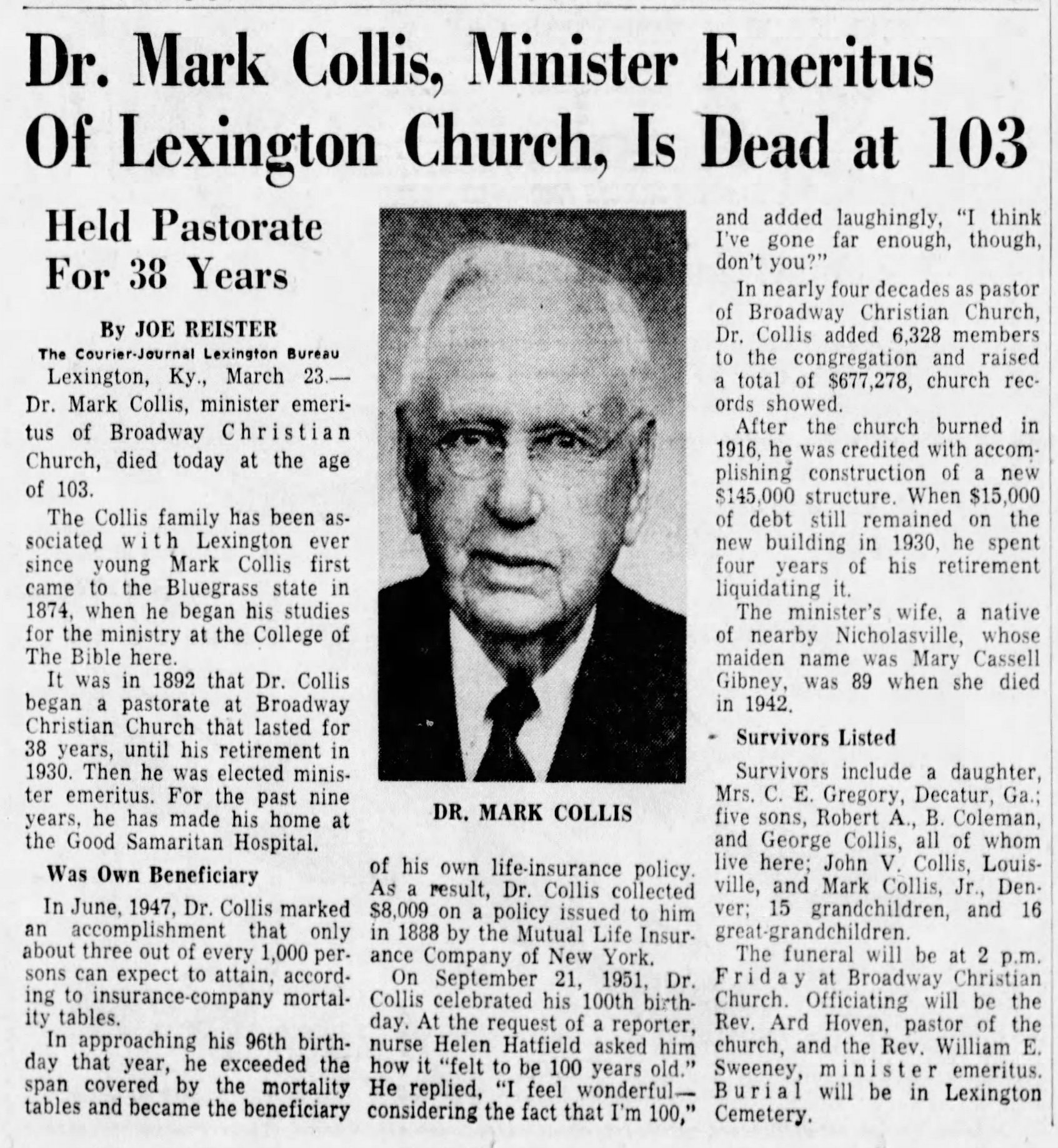 Location Of The Final Resting Place of Mark & Mary Collis

Lexington Cemetery is one of the most beautiful old cemeteries in America. It is located on West Main Street heading away from downtown Lexington toward Leestown Pike. Turn right into the main entrance past the office. Stay on Main Avenue passing Henry Clay Monument on the left. Go until you see the Lower Lake section and turn left before you pass it. With Lower Lake on your right, look back to your left on the hill just before the end of lake. The Collis family section is up the hill. Located in Section "P" 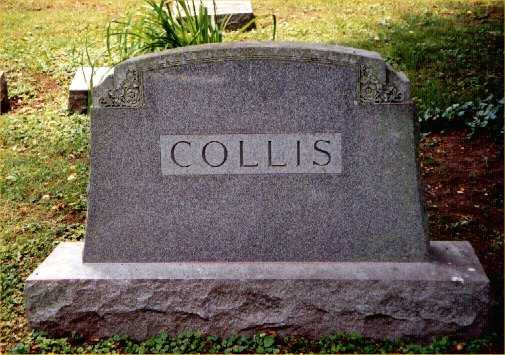 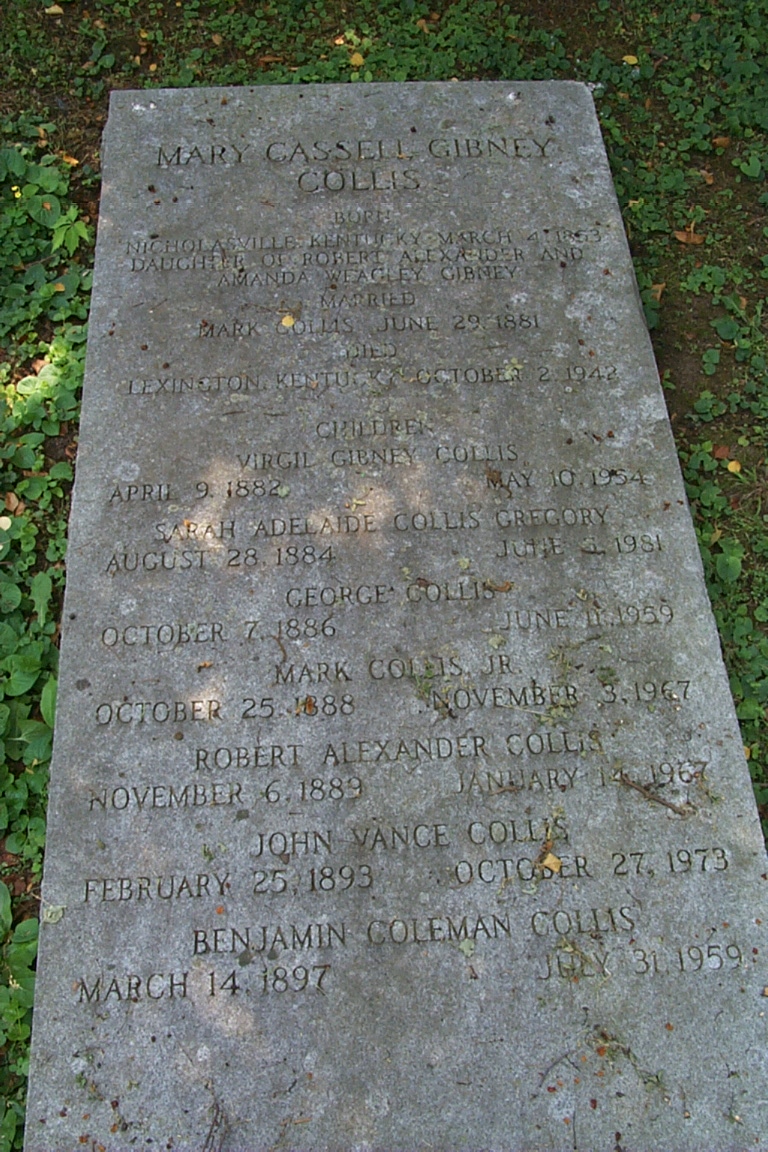 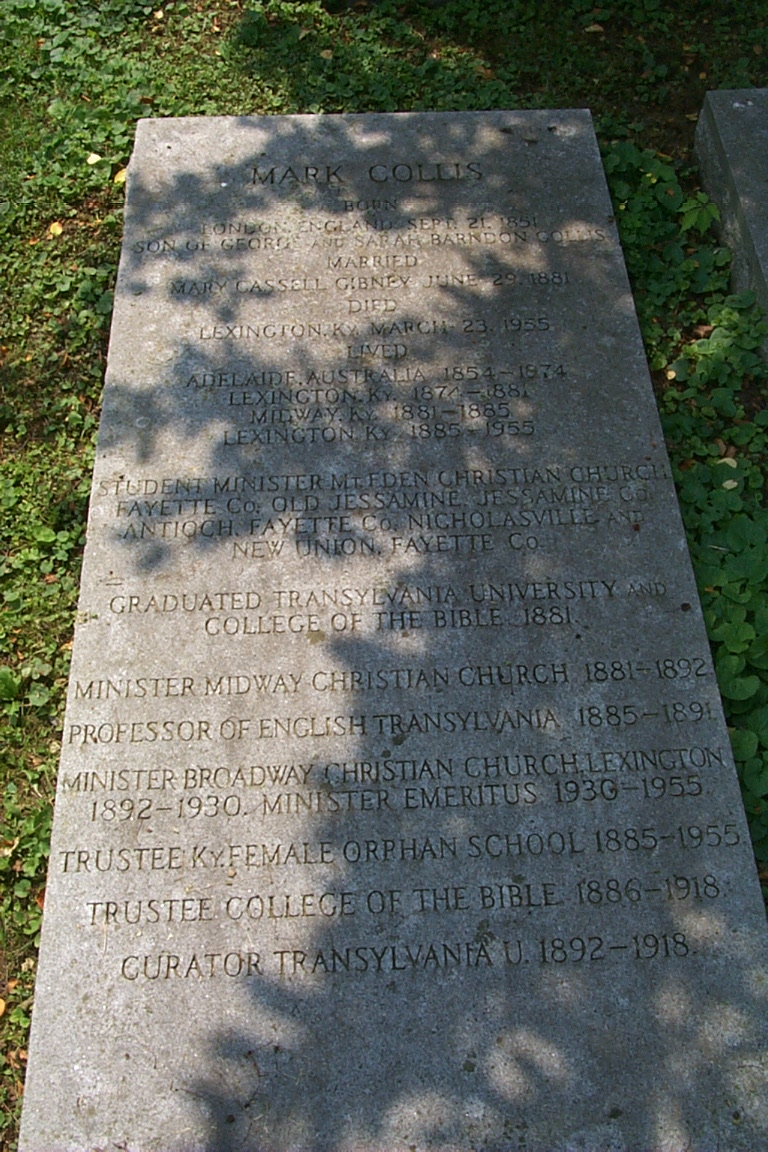 Graduated Transylvania University and
College of the Bible 1881