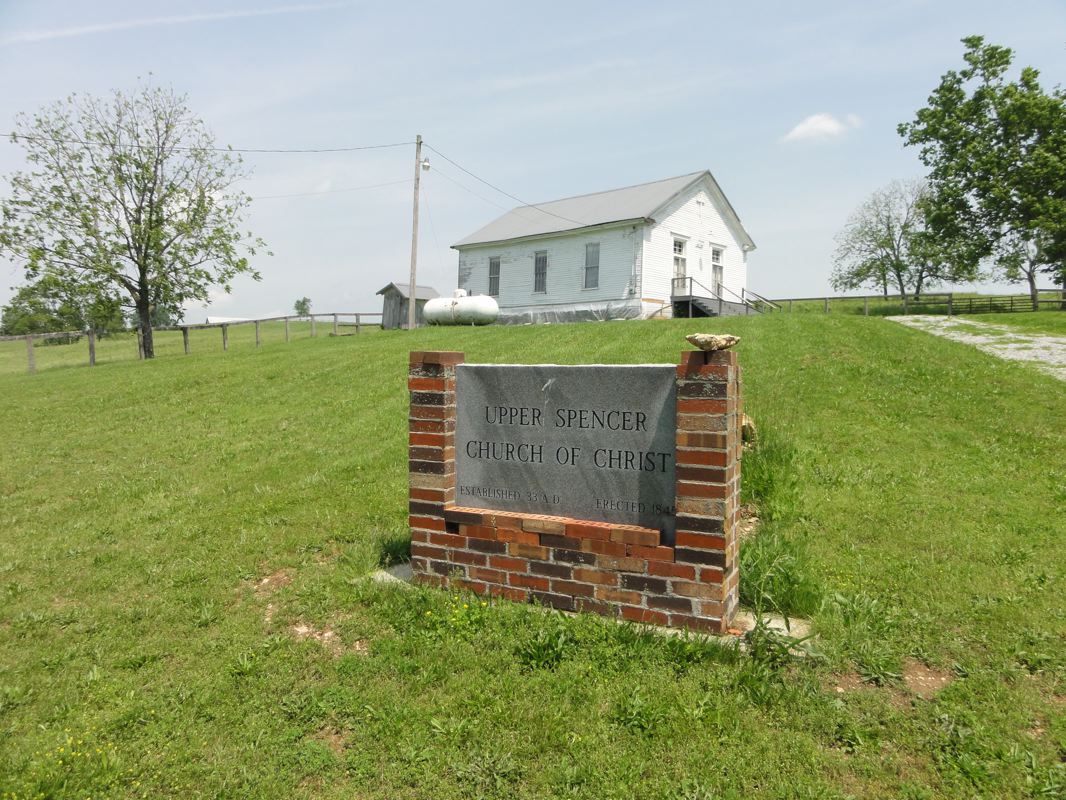 In his book, The Life Of Elder John Smith, John Augustus Williams records the founding of the church at Upper Spencer as follows, "Spencer had been constituted about the year 1800 by Moses Bledsoe and John Bice on the basis of the Scriptures as the only creed of the Christian. The members of that church were generally separate Baptists; and though they had cordially entered into the general union in 1801, they attached very little importance to the five points of Calvinism, or, in fact, to any other speculative system of belief." (LOEJS, p.116).

The work at Spencer's Creek was introduced to John Smith in 1817 when their minister, the great Jeremiah Vardeman, invited the young Smith to move to Montgomery County and take over the work. Smith left his home on the the Little South Fork near Parmleysville, in Wayne County, and moved to Montgomery to minister among the Baptist churches in the community. Spencer's Creek, Lulbegrud, Old Bethel, and Grassy Lick were the four that he began with. In time he preached at Mount Sterling and would plant a work north of town called, Somerset.

John Smith was a most unique person. He had very little, if any education to speak of, though he could read and write. Most of his reading was in the Bible itself. It was during his deep research in the Scriptures that he came to recognize that the cornerstone teachings of the church of his youth was out of step with the Word of God. On one Sunday morning in March 1822, while preaching at Spencer Creek, he said, "Brethren, something is wrong, I am in the dark, we are all in the dark, but how to lead you to the light, or to find the way myself, I know not." The struggle he greatly had was with the teachings of Calvinism. This doctrine played out particularly in the area of the "Holy Spirit experience" one received at conversion. Calvinists believe that God will send His Holy Spirit into the heart of an individual as a testimony they they have been irresistibly chosen for salvation. Smith noted that in John 3:16, "everyone who believeth, should not perish but have everlasting life." This appeared to convince him that this and other passages strongly refuted the idea that God had chose only a few for salvation irresistibly. Salvation was for all who made a choice to follow Jesus.

In time he led the church at Spencer's Creek to take the Bible alone as its final authority in all religious matters. He continued to preach for the church until 1832 when he undertook a work with John Rogers in spreading the message of unity between Reformed Baptists, (Disciples of Christ), and the Christian Movement in Kentucky, led by Barton W. Stone.

He was always close to the church on Spencer Creek. Years after the death of Smith, the church continued on Spencer's Creek. By the time of the 1906 U.S. Census, the work there was in the hands of the churches who used the instruments of music in worship. Later, the church would close the doors. In subsequent years, the non-instrument brethren would move back into the building and it remains the Upper Spencer Church of Christ to date.

The old church building is in a state of disrepair at this writing. Efforts are being made by the membership to restore the old building. Hopefully, it will be restored in short term, that it might continue to be a light to the community, and a landmark of testimony to the great work undertaken in the Restoration Movement in America.

Photos Taken Of Upper Spencer Church of Christ - May, 2011 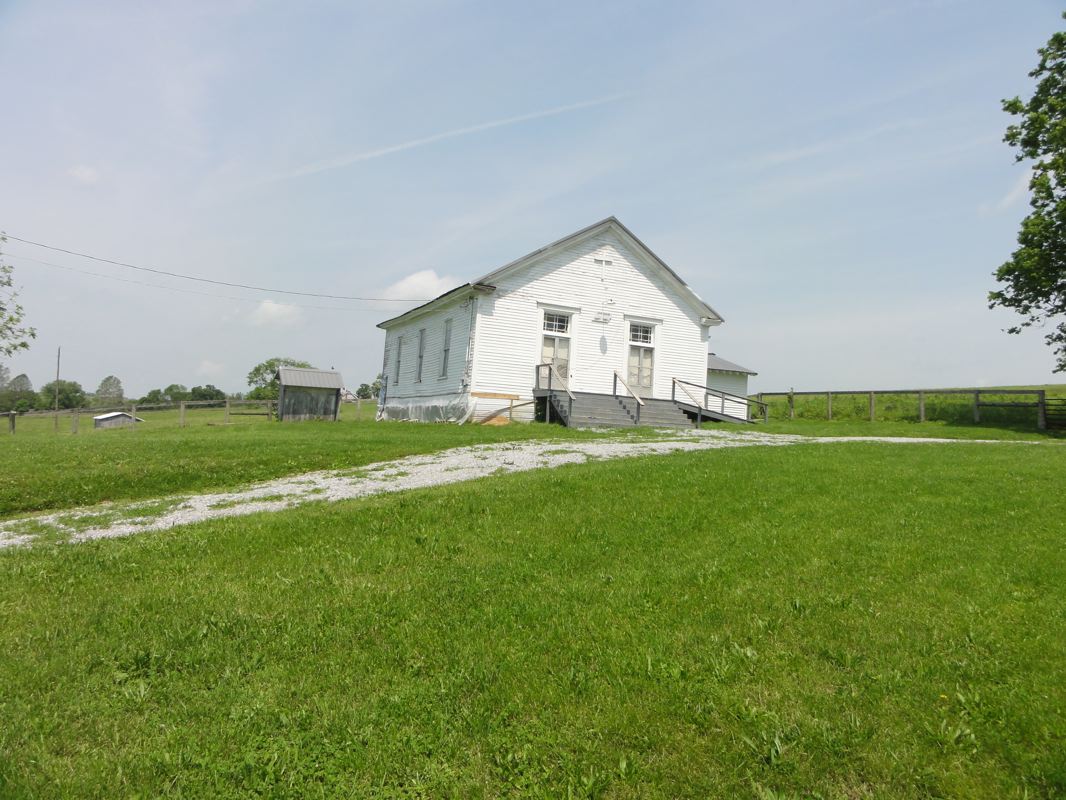 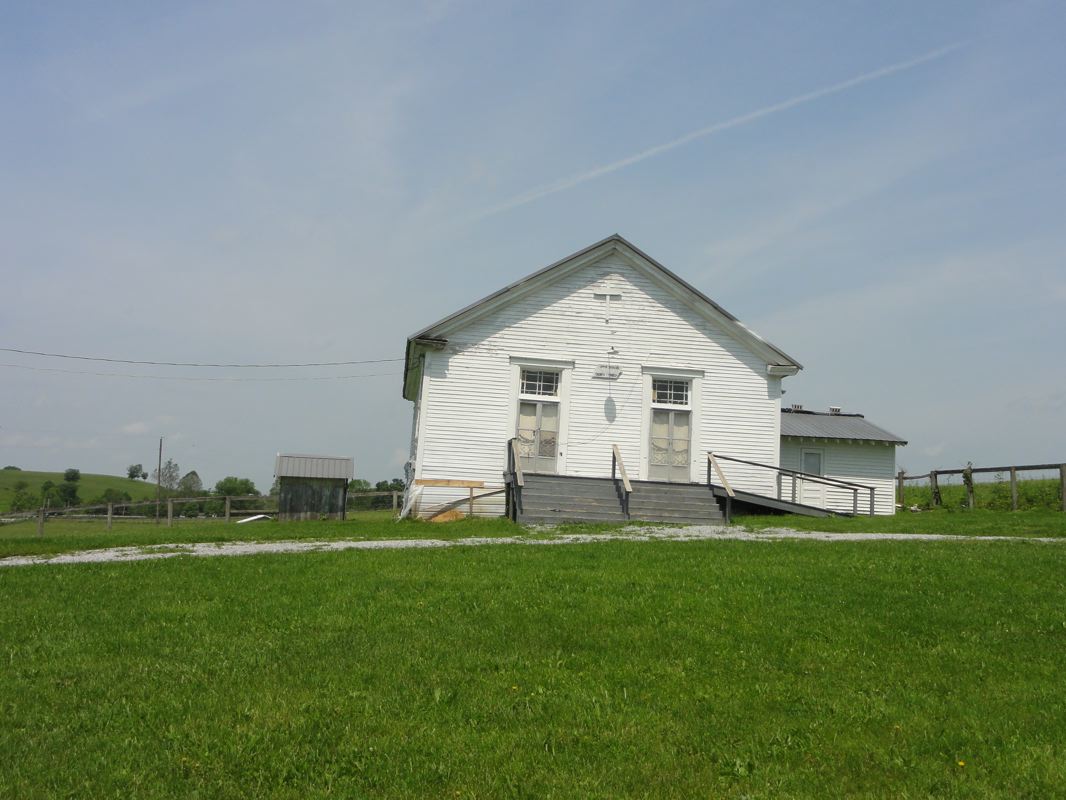 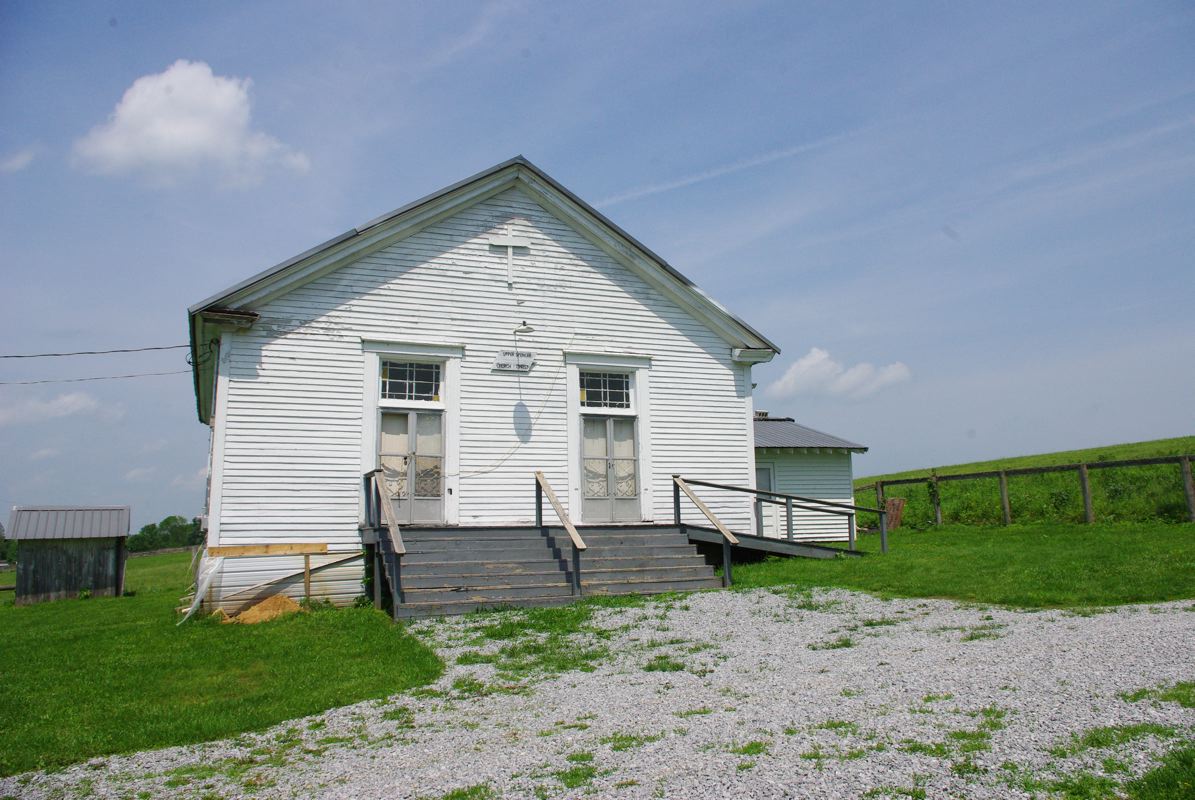 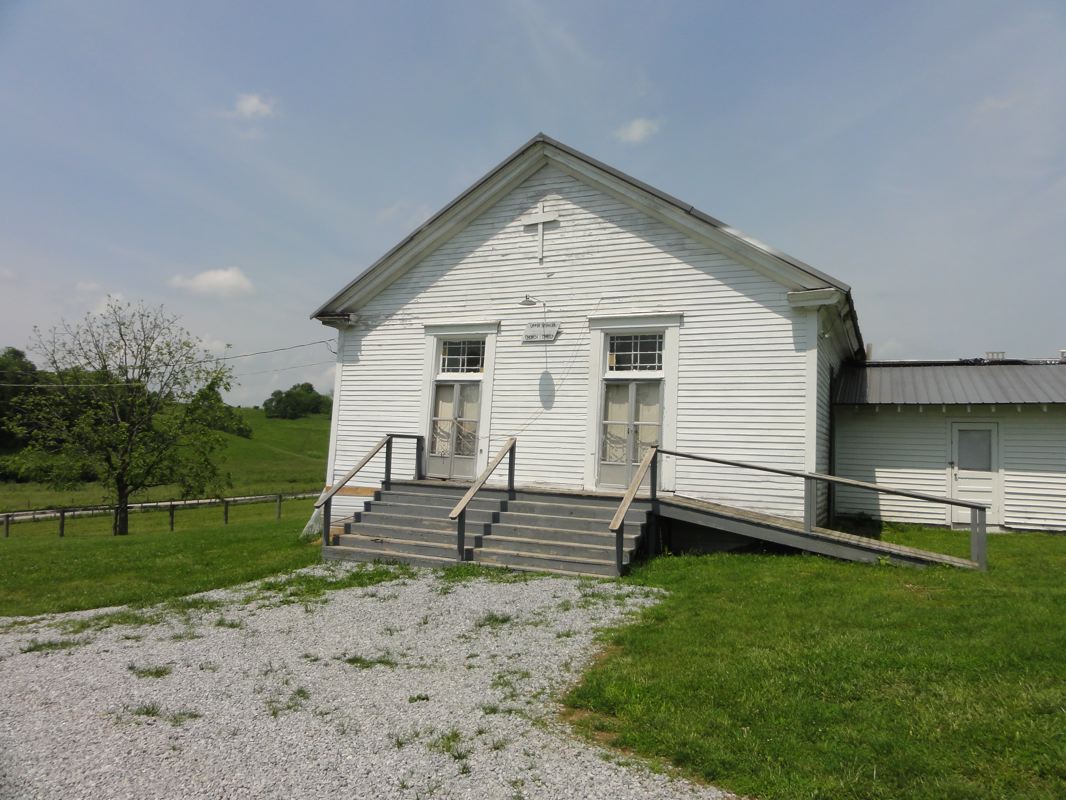 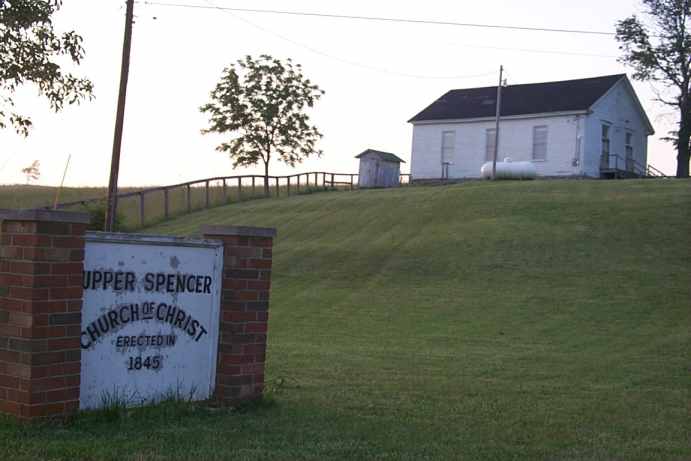 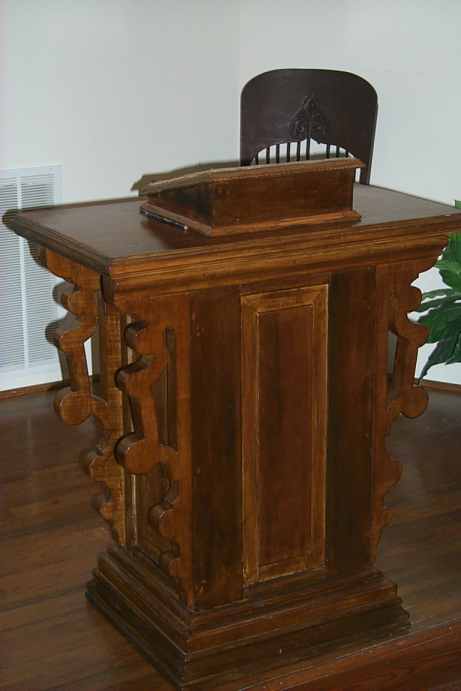