The Life of Dr. W.W. Brewer

Dr. W. W. Brewer was born June 6, 1875 at Linflat, Texas of Willie and “Sissy” Brewer. His parents were members of the Methodist church, but died when he was about three years old. He lived with his grandmother until he was about twelve years old, and “was on his own” after that. It is presumed that he was sprinkled as an infant.

We do not have complete information about how he became interested in The Church, but when he was courting his first wife, Artie Saunders, of Hillsboro, Texas, her mother met him at the door with an open Bible every time he came. He would have joined the Presbyterian church at one time, but the Presbyterian preacher refused to immerse him, so he went looking for the church of the Bible. He obeyed the gospel June 2, 1898, being immersed by C. Stutson at Planton in Hill County Texas.

On December 7, 1898 he was married to Miss Saunders. His son, Hobert, was born of this union. She contracted tuberculosis and died about two and a half years after their marriage. On December 24, 1908 he was married to Miss Cordelia E. Mansur, of Elk City, Oklahoma. Three children, Mansur, Anna, and Flo were born of this union. The two sons were faithful to The Lord until their deaths. Hobert was a Bible teacher and reared his children in the nurture and admonition of The Lord. Both the daughters are faithful and active Christians. Truly, the faith of this good man continues to live in his family as well as in those he taught in his preaching and teaching work.

Brother Brewer attended the Gunter Bible College, and later attended and taught in the Cordell Christian College in Oklahoma. He had to work his way as he went along, and did the available things in the summers as well as in the school terms. Dr. W. W. Brewer 1875-1956 went to Cordell in 1907, the year that school opened. It was here that he met Miss Mansur, who became his second wife. She was also a member of the faculty and their first home was in Cordell. He became a Chiropractic physician and practiced this healing art along with his preaching. Though I was never closely associated with him, I knew many people who were, and these regarded him highly, both as a gospel preacher and as a physician. He held his first gospel meeting at Belcherville in Clay County Texas in 1905, and for some years his preaching work consisted of meeting work and Sunday appointments. This work took him over much of Texas and Oklahoma, as well as other places. However, he began to do “local work” quite early. In 1911 he preached in Weatherford, Oklahoma and helped establish The Church there. He again served this church as local evangelist in the thirties. He did local work also in Clarendon, Roscoe, Del Rio, Eastland, and Carlsbad in Texas. In Oklahoma he did such work in Hammon, Beaver, Lawton, and Granite in addition to his work in Weatherford. In many of these places The Church was quite small, and he often helped to build a better meeting place, or to acquire the first one they had had. His medical training made it possible for him to work in places where he could not have gone had he been dependent upon the brethren for his support.

Though his children make no mention of financial sacrifices in his work, yet knowing the situation and the times, I am sure he had his share of such problems even as other gospel preachers of his time. His last work was with the Carlsbad church North of San Angelo, Texas. Here, both he and Sister Brewer worked much in the Tuberculosis Sanitarium, a work they both enjoyed and found to be very rewarding.

He often wrote for such papers as The Firm Foundation, The Gospel Advocate, and other such publications. So far as we know he never engaged in a public debate, but did serve as moderator for others, such as C.R. Nichol. His preaching began in the years when severe financial sacrifices were required, but he kept on and went through the terrible depression of the thirties, continuing to preach The Word. He once went to an appointment by train. When he was ready to leave, one of the bishops handed him a small amount of money, but not enough to pay his train fare. (We wonder how brethren felt about such a thing.) This brother evidently felt some sense of shame, for he said: “Brother Brewer, we believe in keeping our preachers poor and humble.” Brother Brewer replied: “This kind of pay should do it.” He was never asked to return.

In 1947, while preaching at Carlsbad, Texas, he had his first bad heart attack. In 1951 they moved to Hereford, Texas and from Hereford The Lord called him home on June 1, 1956 at the age of eighty one years. His companion continued until April 27, 1971, when she fell asleep in Amarillo. They both sleep in the Elk City, Oklahoma cemetery. They were good people, believed in and loved The Lord and His word. They lived and taught it to the end of life. One cannot do better!

-Loyd L. Smith, Gospel Preachers of Yesteryear, pages 69-71. Note: This is a timed piece. Some of those mentioned as living are now deceased.

Directions To The Grave of Willie W. Brewer

Dr. W.W. Brewer is buried in Elk City, Oklahoma in the Fair Lawn Cemetery. Elk City lies west of Oklahoma City about 110 miles. Travel on I-40 to Exit 38, (Hwy. 6, S. Main St.) and turn north. Go through town, the road will become N. Main St. The road will dead end into W. Country Club Blvd. Turn left on W. Country Club Blvd. Go one block, and turn right on N. Washington Ave. (There was a funeral home on the corner when we visited in October, 2004). Travel out N. Washington Ave. until you see the cemetery on your left and right. Brewer is on the left side of the road up from the cemetery office. Enter in front of the office and bear to the left. Then, the section the Brewers are buried in will be on your right. Go until you can fork to the left of right. Stop the car. Looking to the right you should see two large bushes very close together. The Brewers are on the other side of the bush. See Cemetery Map Location Here. The preachers buried in this cemetery include: Dr. W.W. Brewer, John C. Carman, M.A. Mansur, and Albert C. Trent. Brewer Plot Info: Section West, Block 2, Lot 9, Space 3-1. The actual GPS location of the grave is: 35°25'40.3"N 99°24'33.5"W / or D.d. 35.427852, -99.409313 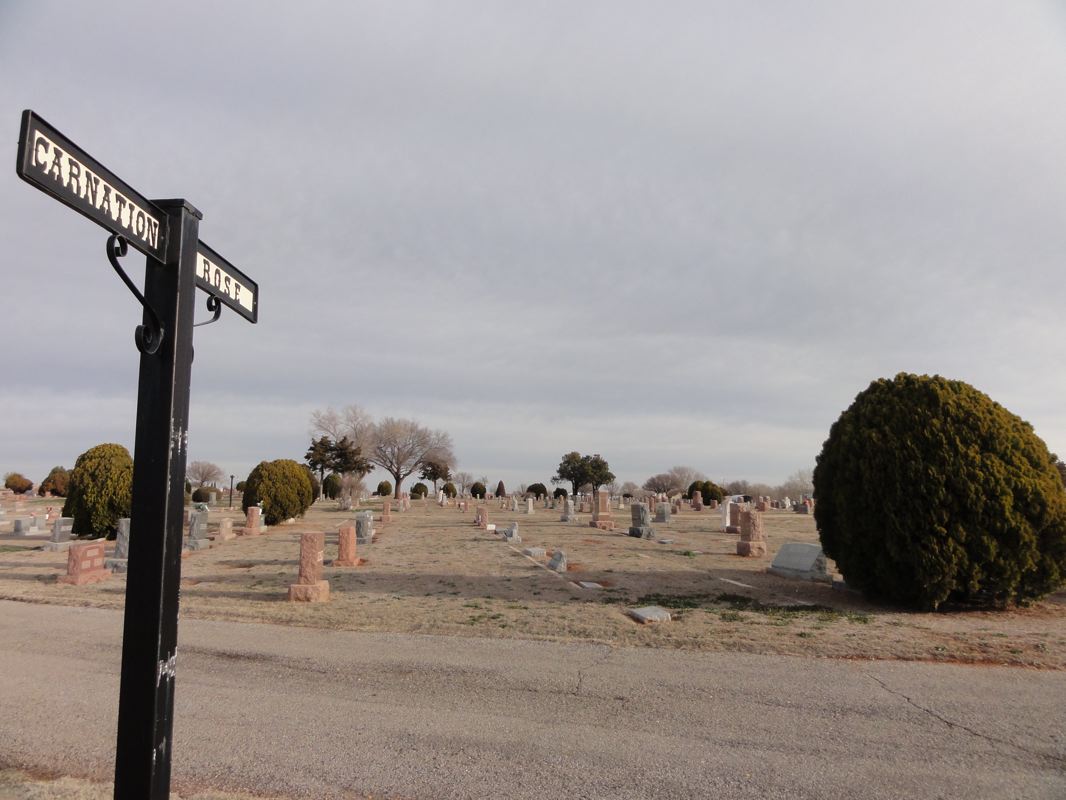 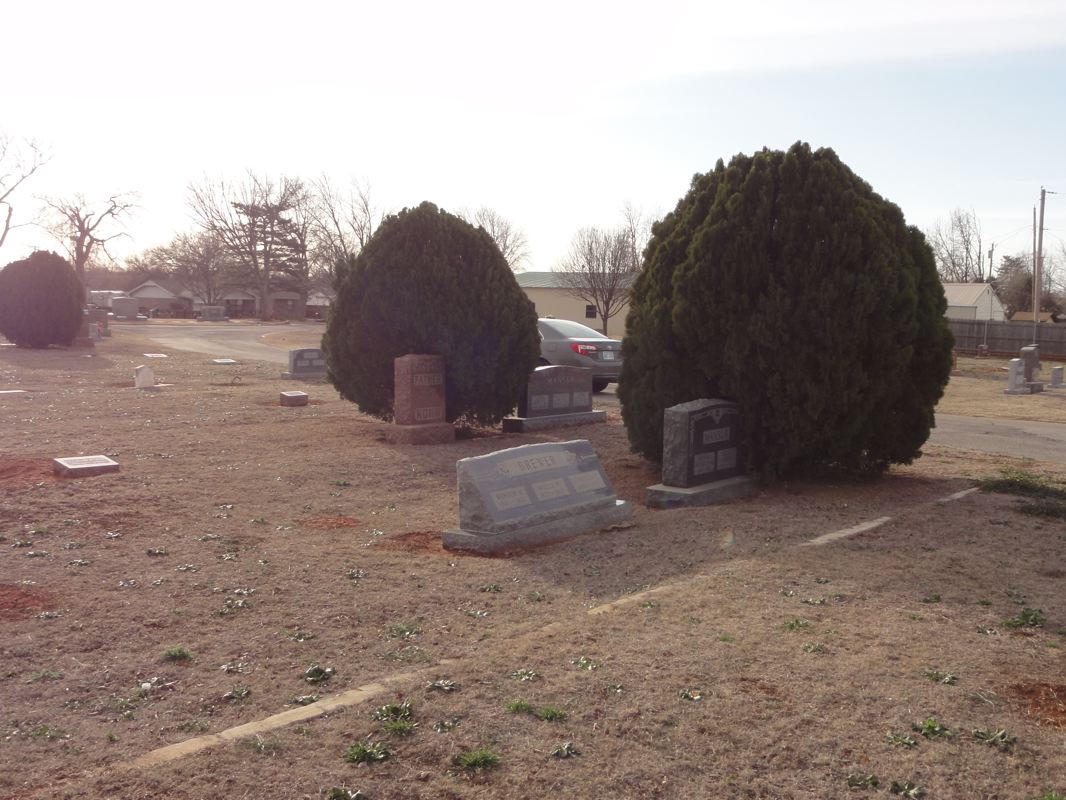 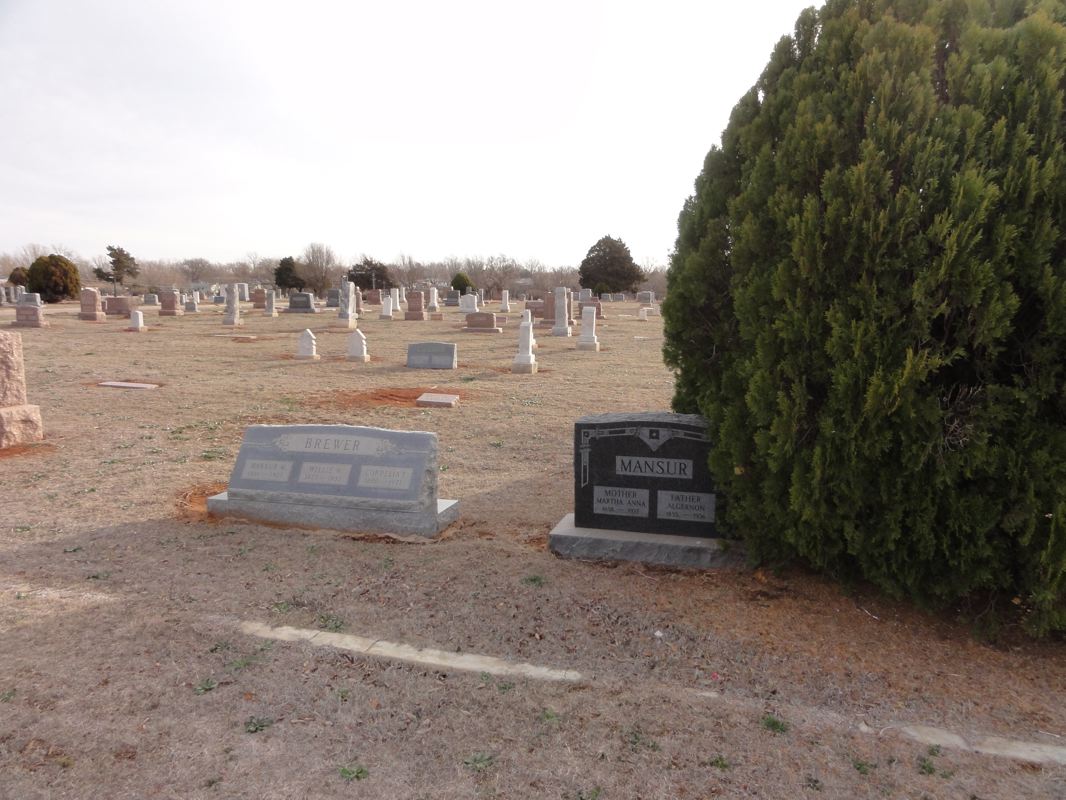 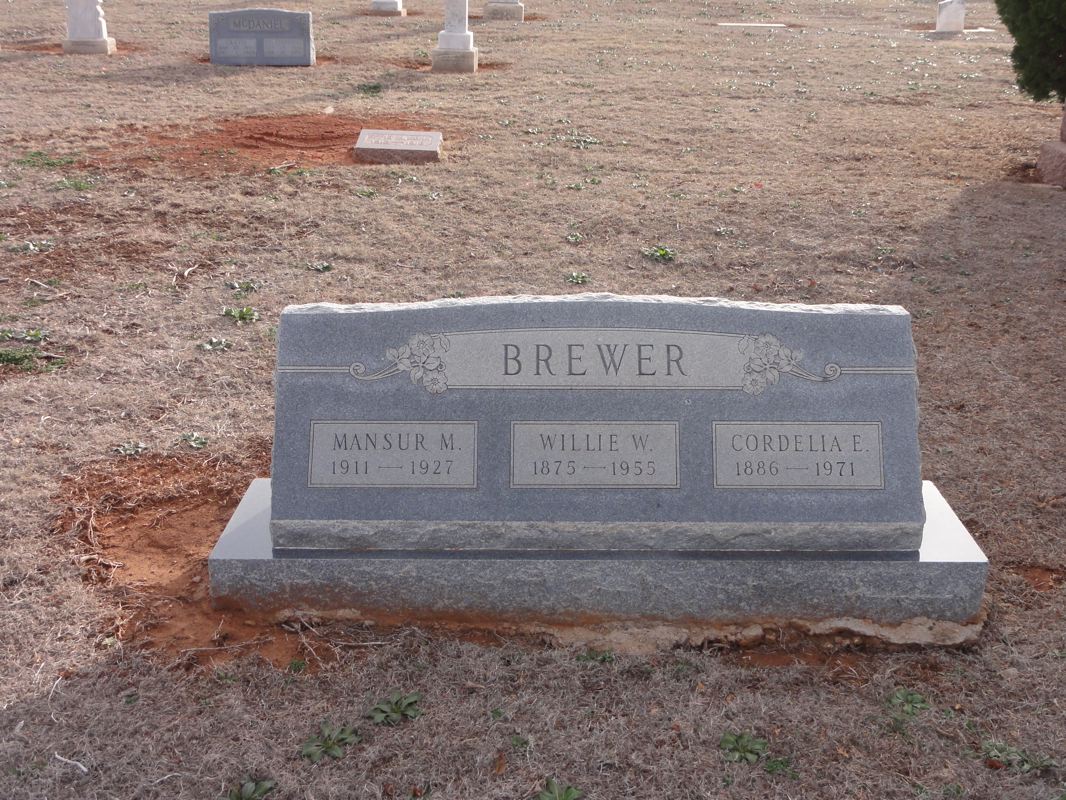 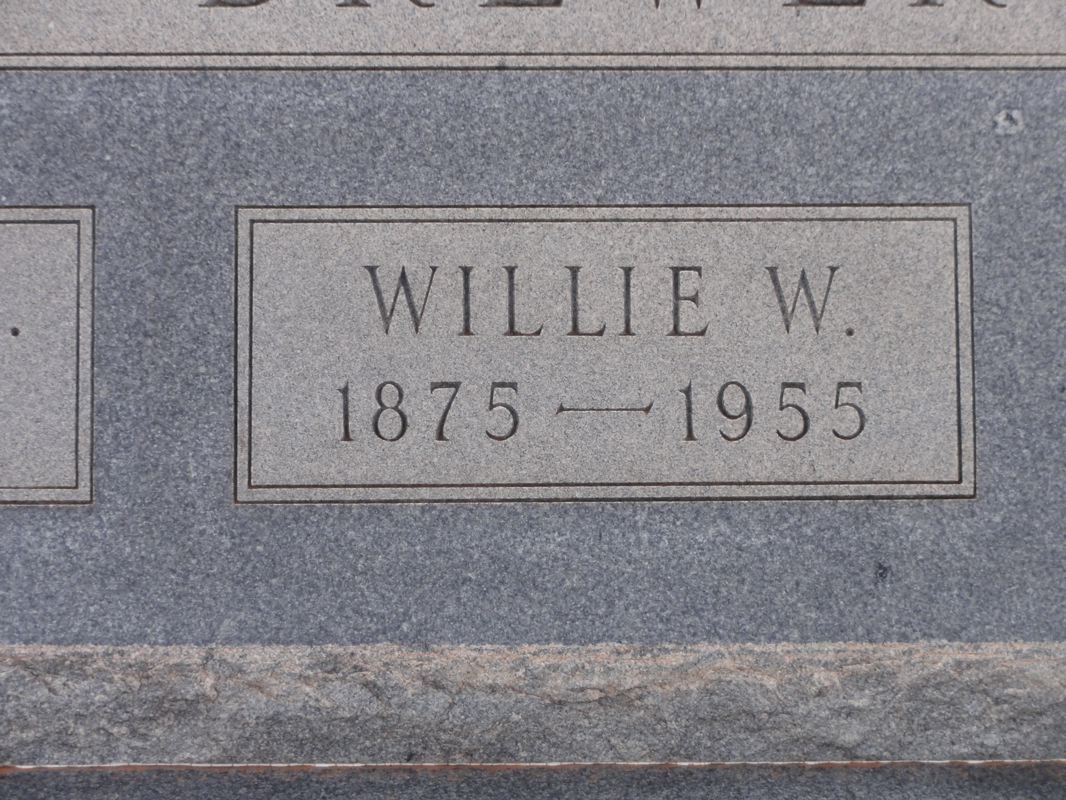 Web editor note: In February, 2012, it was my privilege to visit the grave of W.W. Brewer. I was invited to take part in the annual Affirming The Faith Lectureship in Oklahoma City, Oklahoma. Getting into the area early, I was afforded the opportunity to put about 2000 miles on a rental car in order to locate graves of gospel preachers and church leaders of yesteryear in a wide area. My second day I was able to visit the grave of W.W. Brewer.