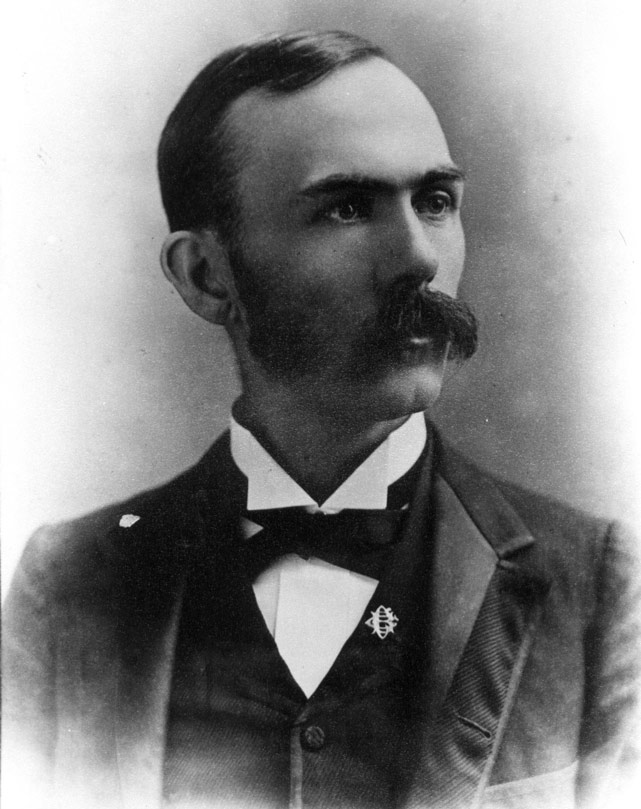 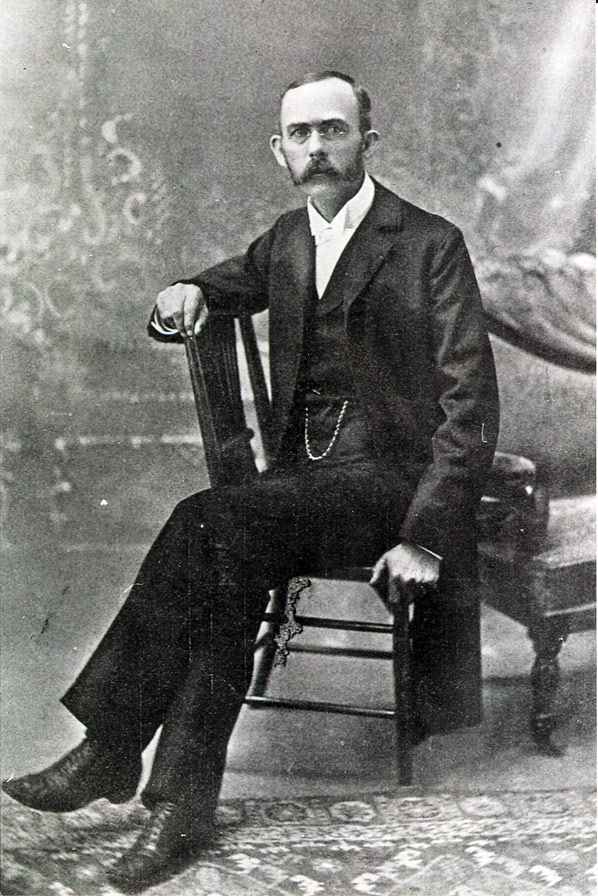 Ashley Sydney Johnson was born within a short distance from where he would later plant a Christian college in East Tennessee on June 22, 1857. His love for knowledge came early in his life. By the age of sixteen he was already certified to teach in the Knox County school system. The following year he entered the University of Tennessee. After a year of studies he quit school and became a reader in a law firm in Tennessee's capital city. He attended Hiram College, Hiram, Ohio, where he received the A.M. degree. He was the awarded the LL.D. at Christian University (now, Culver-Stockton), in Canton, Missouri.

In October, 1877, Johnson obeyed the gospel of Jesus Christ after setting out to study the New Testament. Within a week he preached his first sermon.

He was married to Emma Elizabeth Strawn in Dunnville, Ontario, Canada on December 31, 1884. After their marriage they moved to South Carolina. It was there that the Johnsons entered into the field of evangelism. They established churches and rejuvenated others that were already in existence. While there Ashley started a correspondence Bible school. Thousands took his courses, severely reducing his time for evangelistic work. He printed over 200,000 copies of books to be used in his correspondence work.

Wanting to train preachers, especially those who could not afford to pay for it, he purchased the farm owned by his great grandfather. It sat upon the hills that lay along the edge of the French Broad River. He would later say that he began the school with $100, ten acres of land, two mules, three cows, and one student: Albert T. Fitts, of South Carolina, "plus faith, plus obedience, plus prayer, plus energy. The school began in 1893.

In 1891, Emma was with child. It's death in childbirth, nearly took her life as well. Hence, they raised no children of their own. Yet some years later the Johnsons expressed that the Lord had taken away their own child, but had given them thousands of sons in his place through the school. 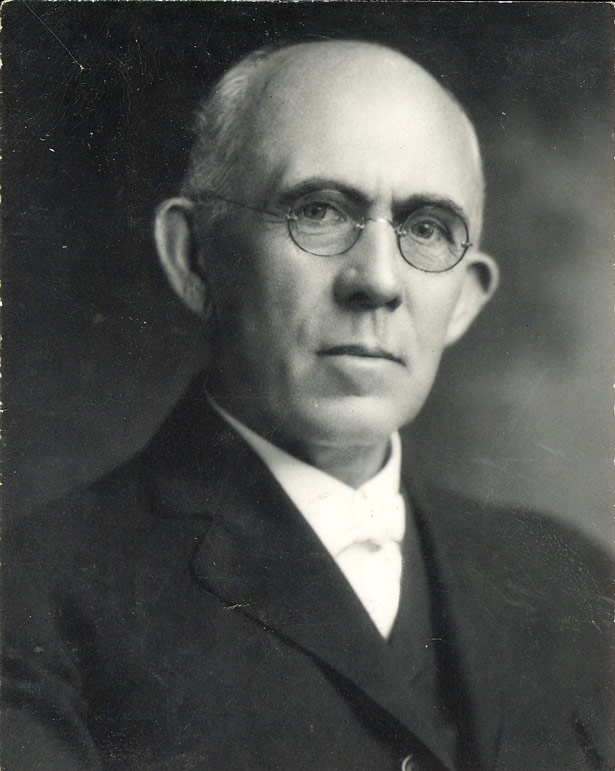 Johnson was a successful writer. He wrote the following volumes, "The Busy Man's Bible Encyclopedia," "The Eternal Spirit, His Word and Works," "Moses or Christ, Which?" "The Great Controversy" in 1882, a book of sermons called, "The Life of Trust," "Opening The Book Of The Seven Seals," "The Holy Spirit And The Human Mind," "The Two Covenants," "The Self-Interpreting New Testament," "Outline Study Of God's Eternal Purpose," "Thirteen Expository Sermons On Hebrews," "Debate With A Baptist," "Ten Evangelistic Sermons," and others.

In 1903, while G.C. Brewer was a student, a fire destroyed the main school building, causing Brewer, C.E. Coleman and other students to depart the school for education in other places. However, by 1905 a new brick structure was built and ready for classes. The school continued to grow over the years with other structures being built on the campus.

A.S. Johnson became a sickly man in his later years. However he refused to let it take him away from his dedication and work. Traveling to Baltimore, Maryland early in 1925, he thought he could receive an operation there that would help to overcome his illness. He did not survive. On January 14, 1925 Ashley Sidney Johnson passed from this life. He was laid to rest on the Heights, there on the campus of the college. Within two years his wife Emma, followed him in death due to cancer. Her body was laid beside her husband.

After his death, the Board of Trustees, changed the name of the School of the Evangelists to Johnson Bible College. This name continues to the present. 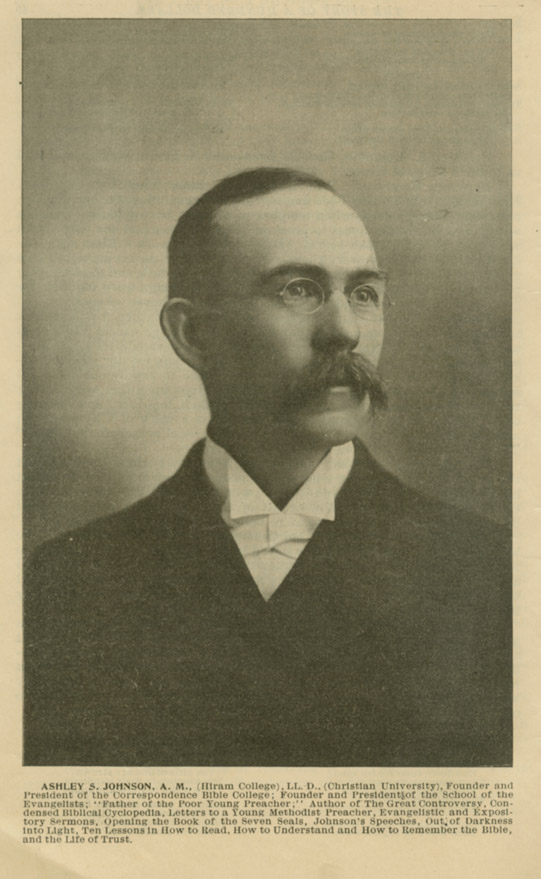 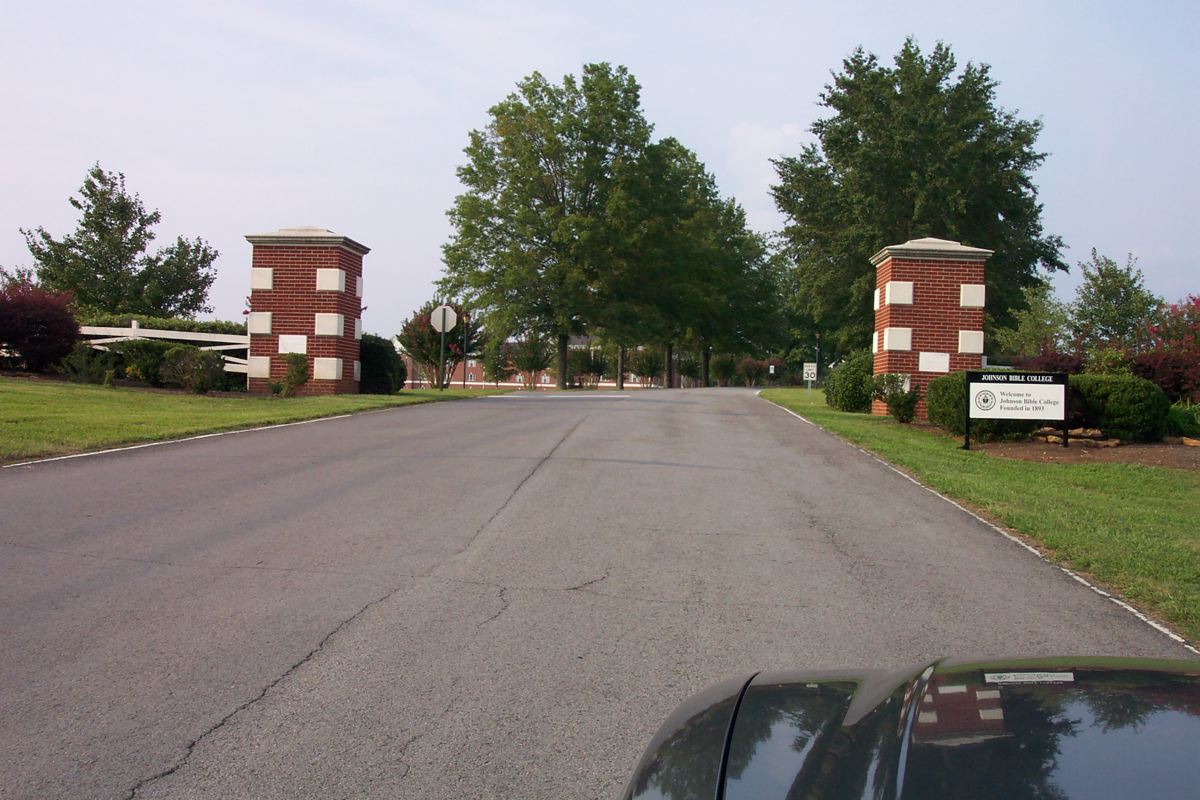 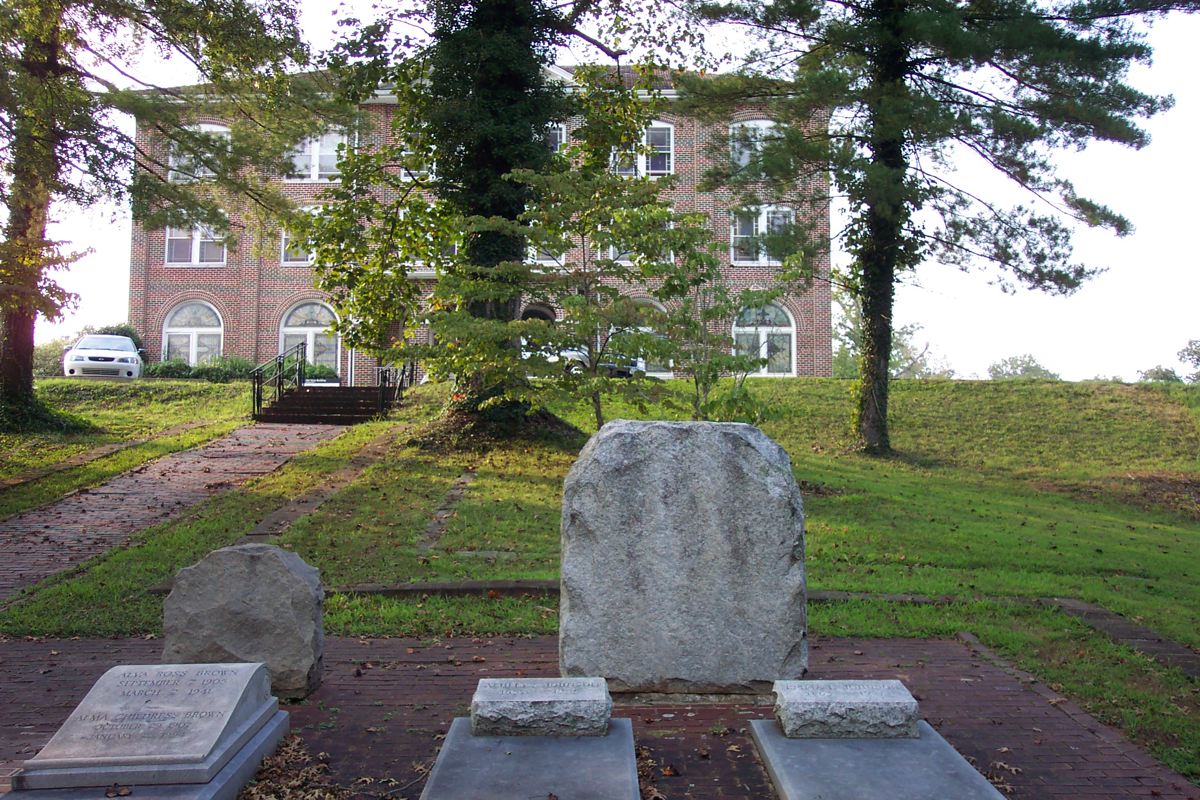 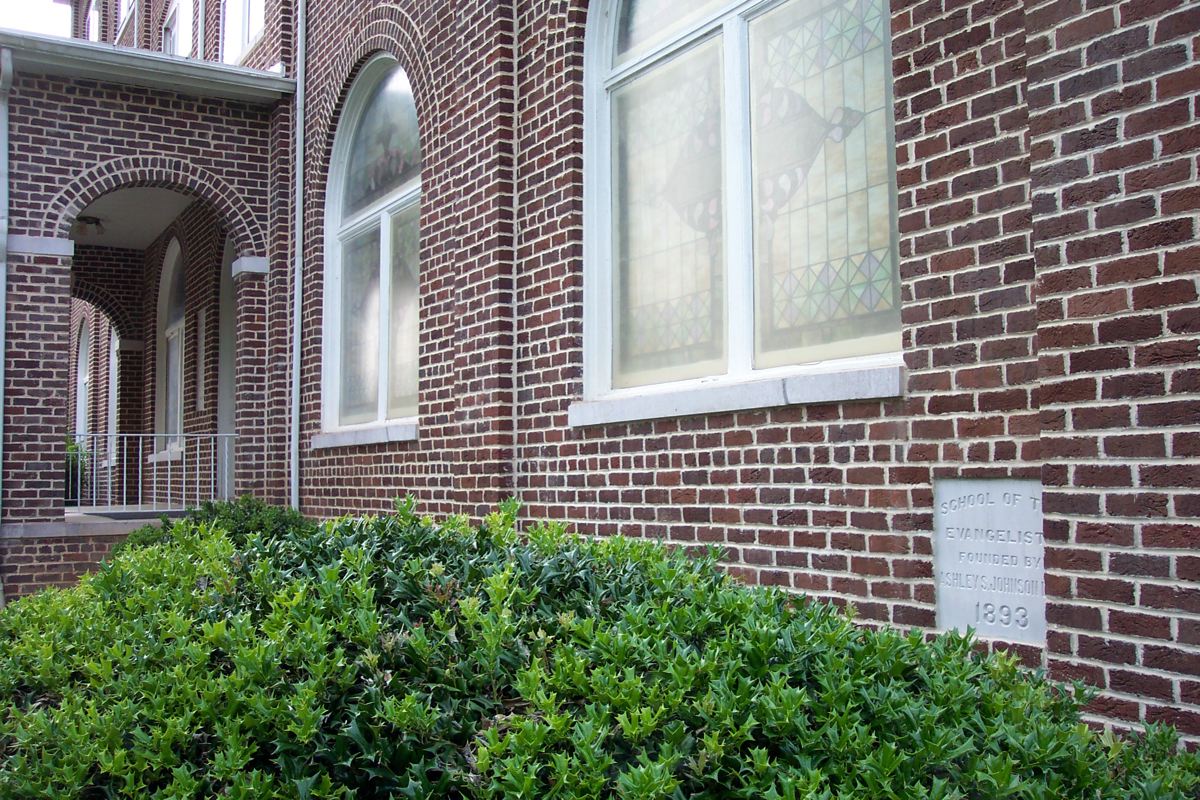 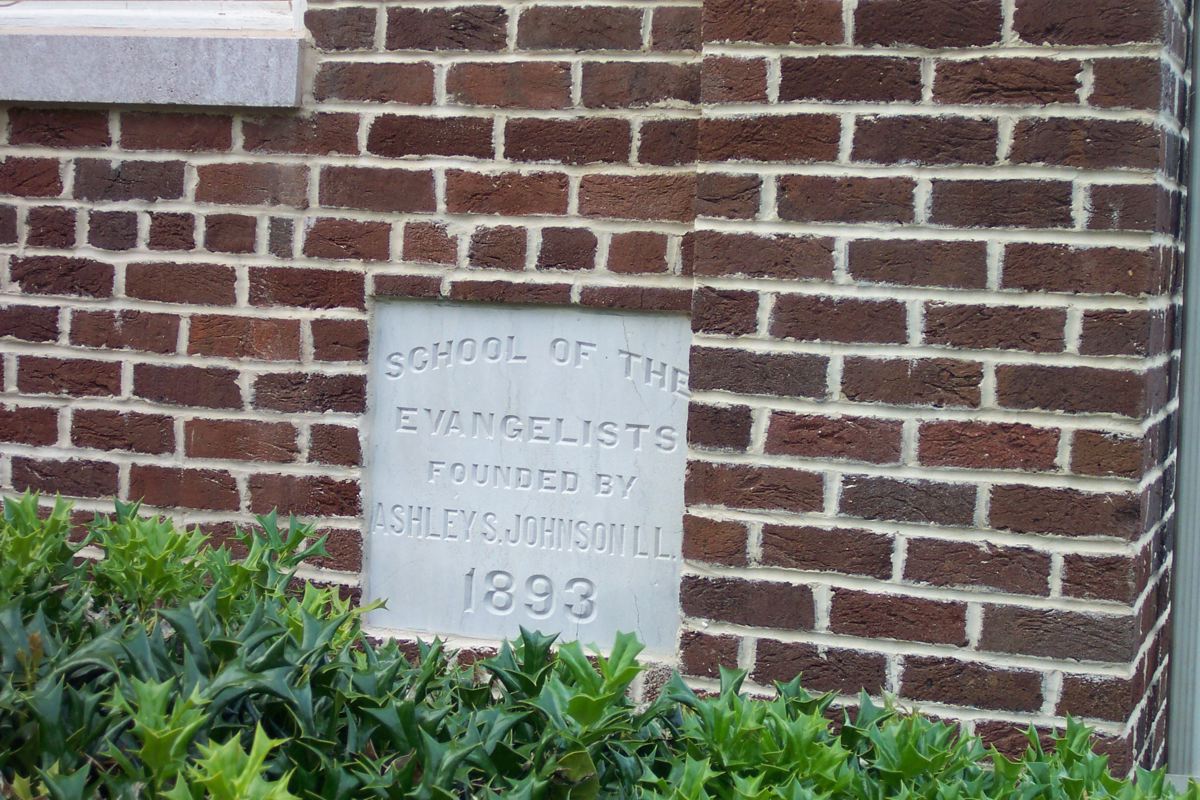 School of the
EVANGELISTS
Founded by
Ashley S. Johnson LL.
1893 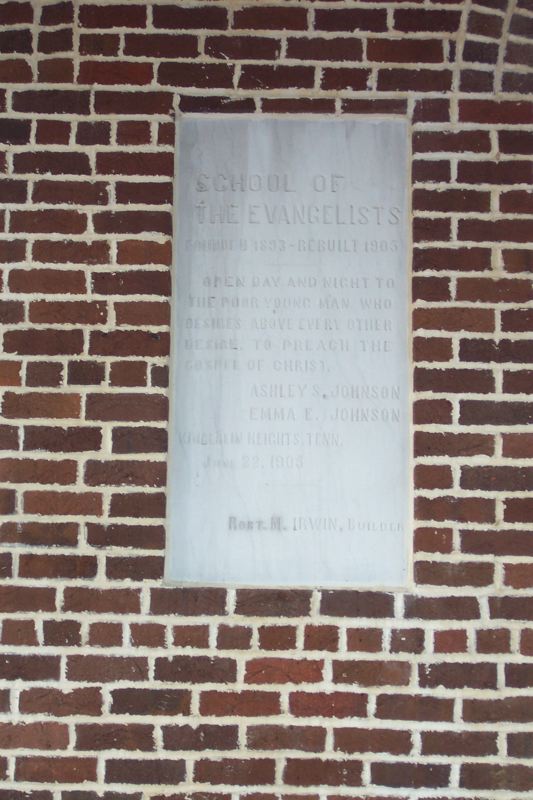 School Of The Evangelists
Founded 1893, Rebuilt in 1905
Open day and night to
the poor young man who
desires above every other
desire to preach the
Gospel Of Christ.
-Ashley S. Johnson
Emma E. Johnson
Kimberlin Heights, Tennessee
June 22, 1905
Robt. M. Irwin, Builder 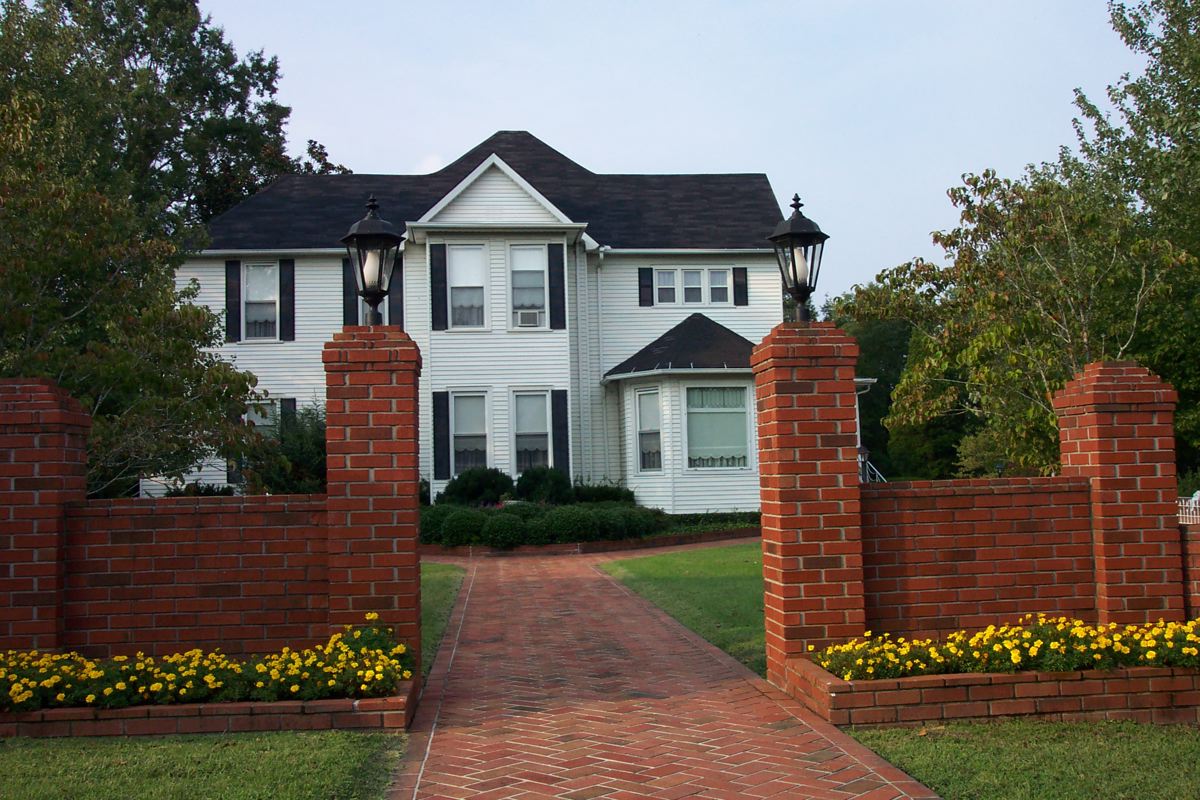 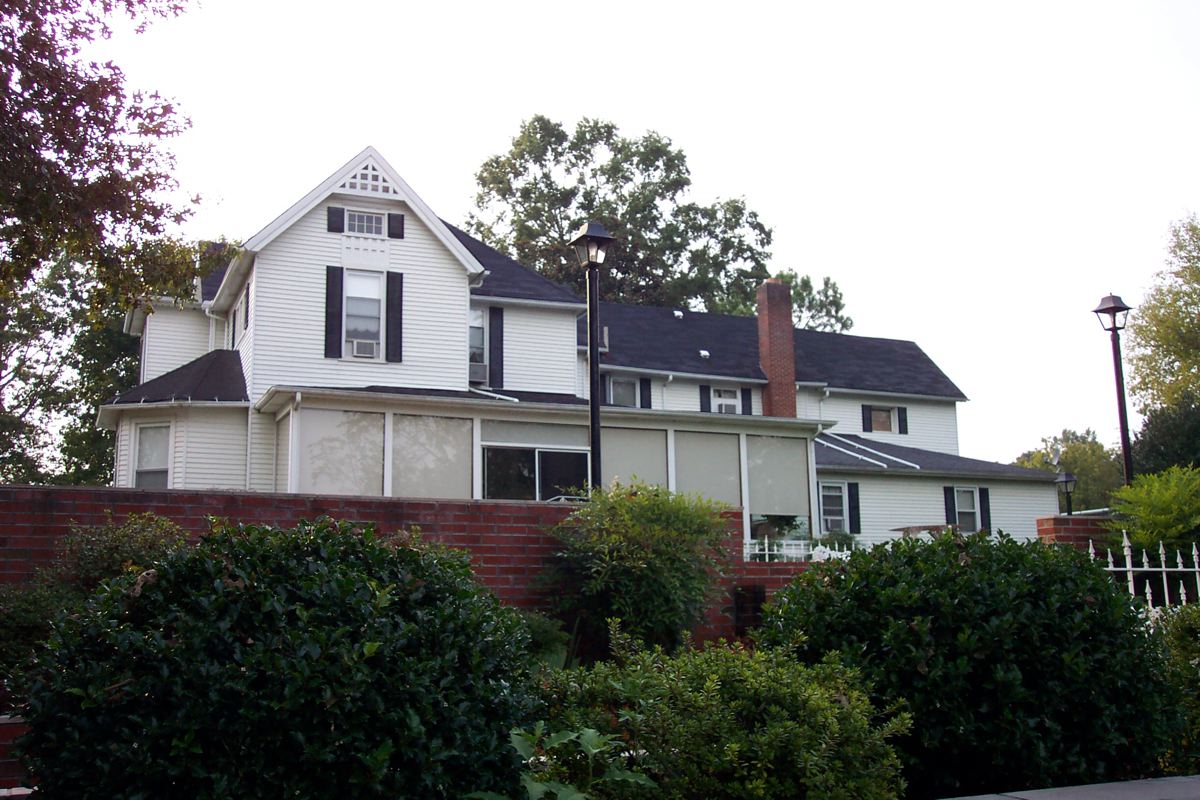 President's Home Overlooks The French Broad River In The Distance 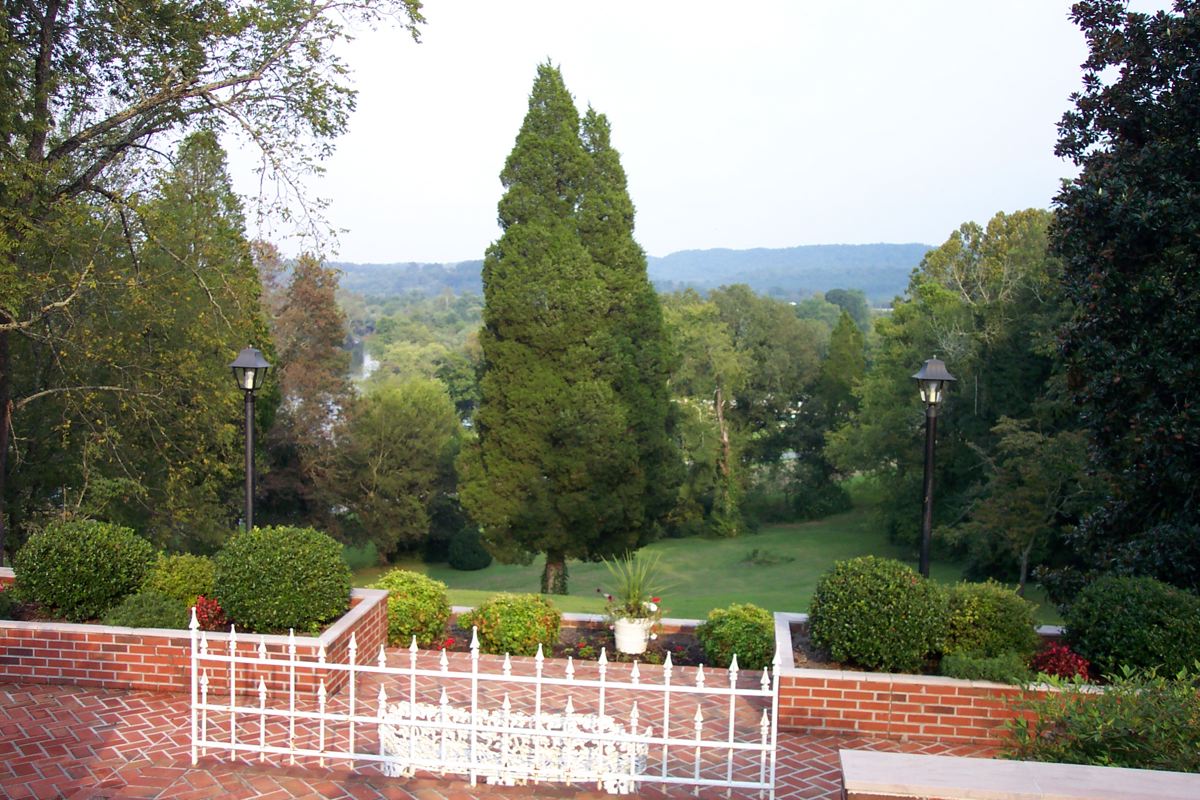 Directions To The Grave of Ashley S. Johnson

A.S. & Emma Johnson are buried in the cemetery on the grounds of Johnson Bible College. In East Tennessee, take I-40 to exit 398, and head south on Strawberry Plains Pike. Turn left on Hwy. 168, E. Governor John Sevier Hwy. Go a few miles, and turn left on Sevierville Pike. Go about a half-mile and turn left on E Hendron Chapel Road. The road will become Kimberlin Heights Rd. The college will be on the left. Head up the drive (Johnson Dr.) Go through the college ground until the road deads end. Turn right and continue until the road comes to a "T." Then turn right. Stop in front of the three-story building on you left. You can park in front. When parking, look down the hill into what looks like a park. You will see the Johnson graves. Also buried in the cemetery is another former president of the college, Robert Monroe Bell. 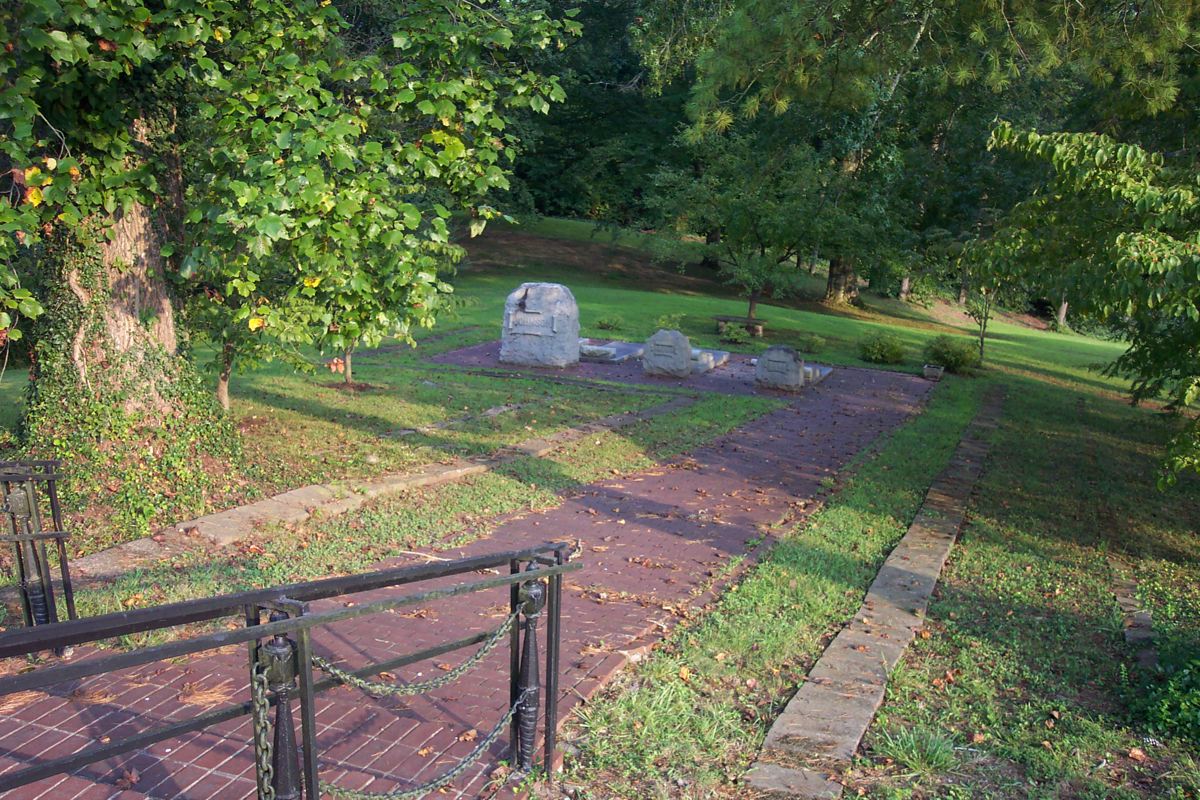 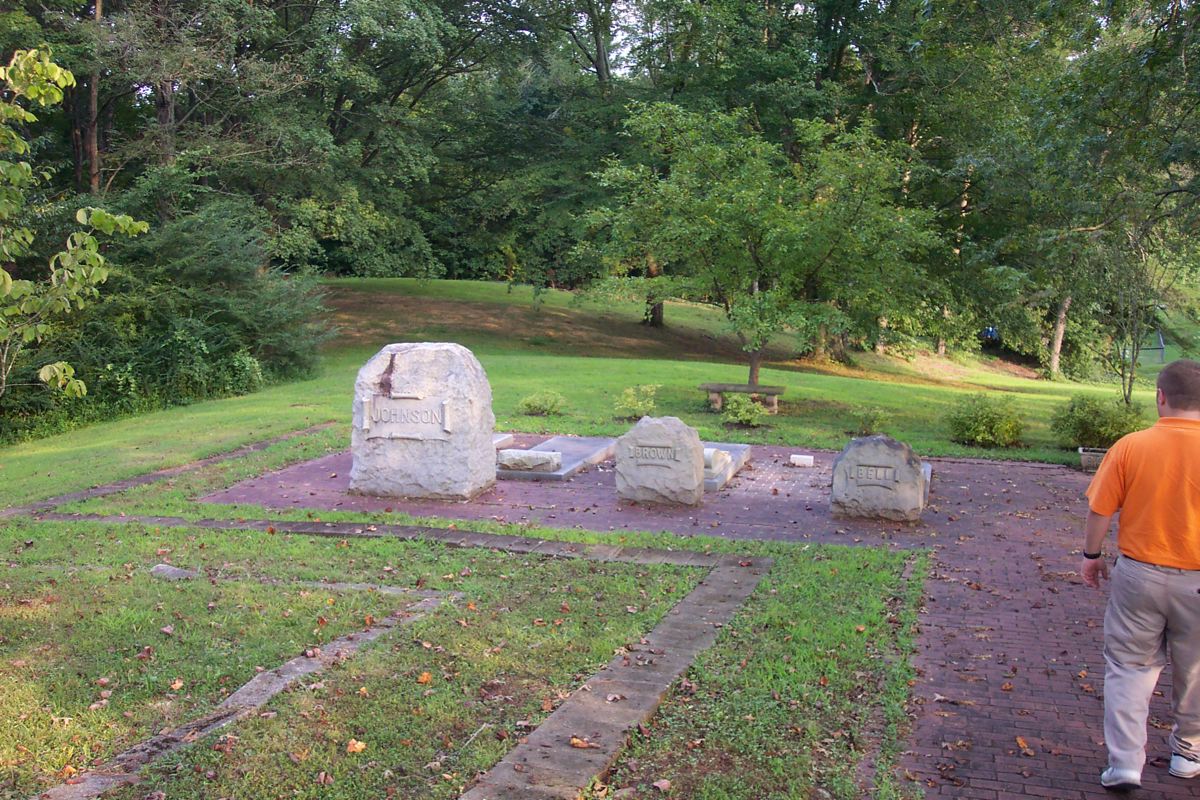 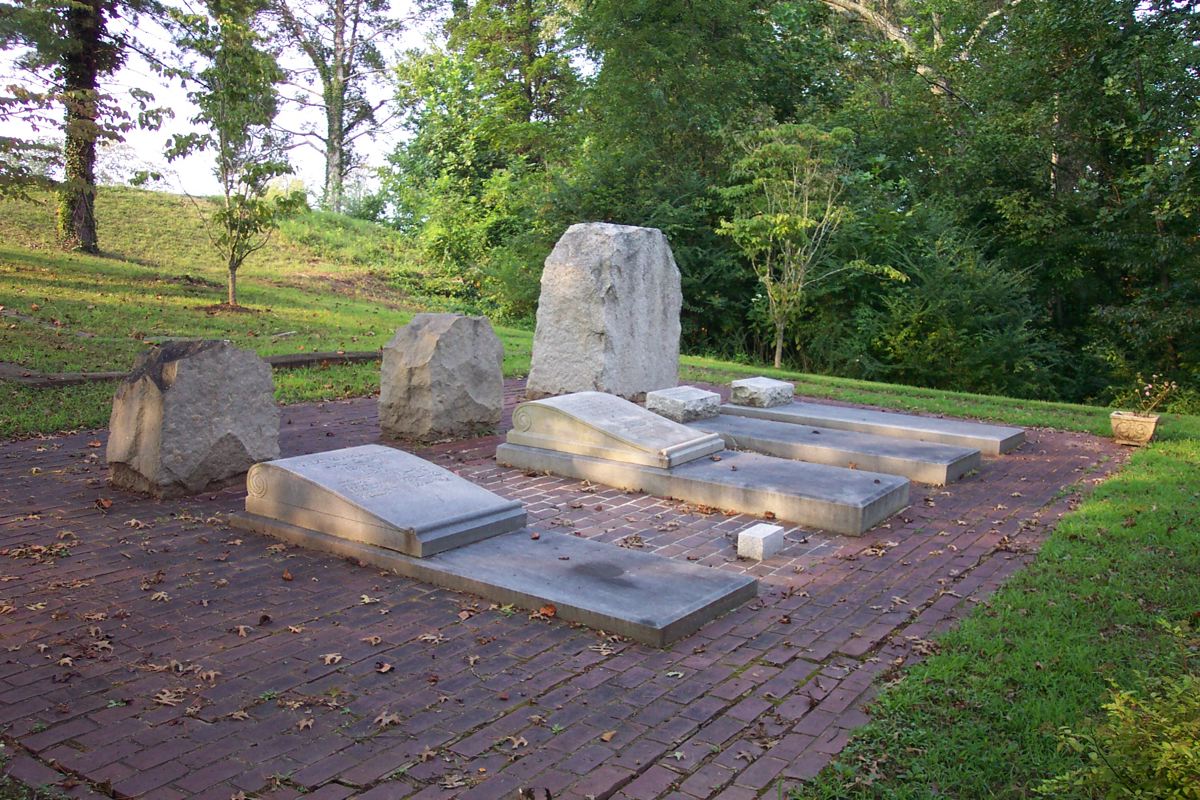 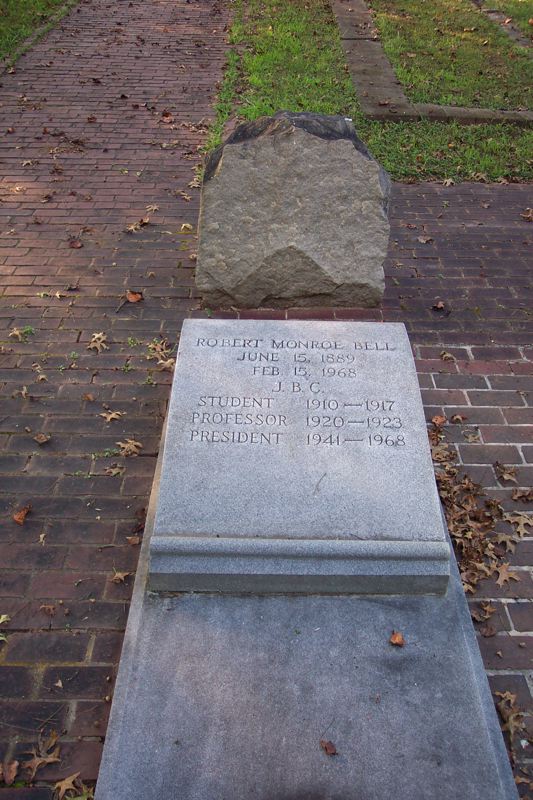 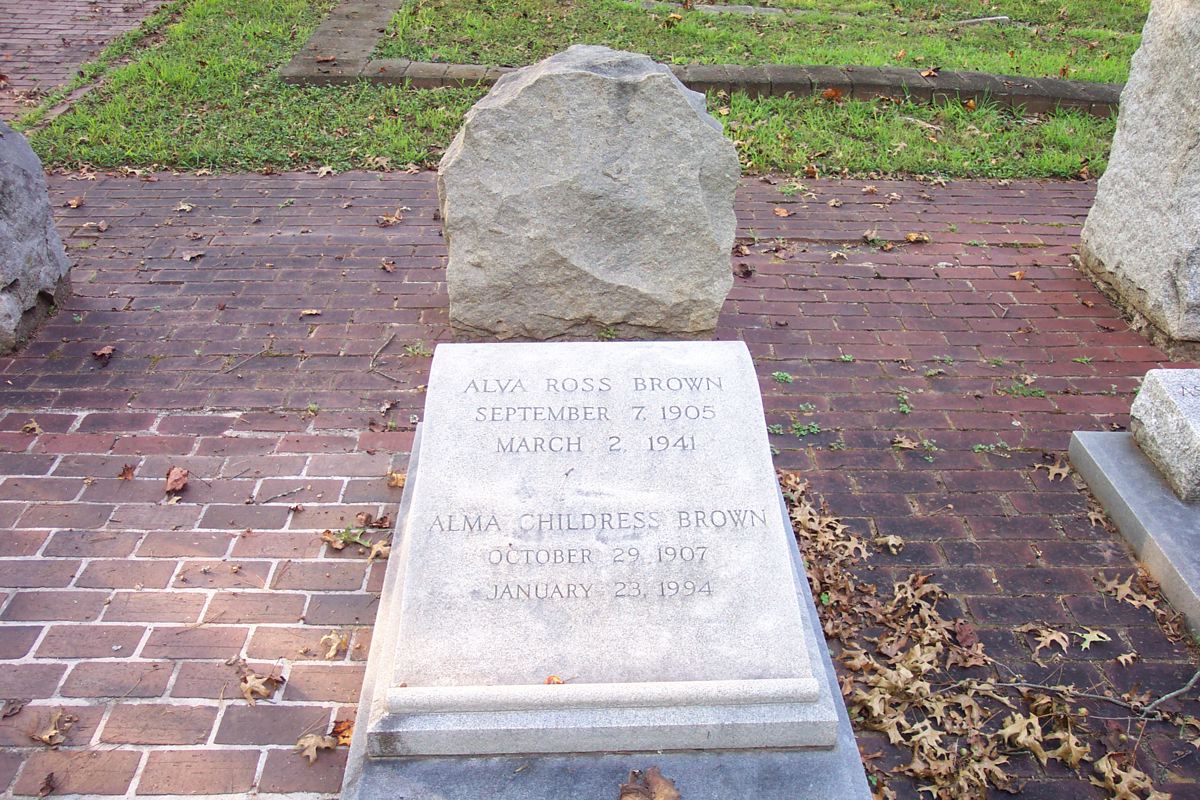 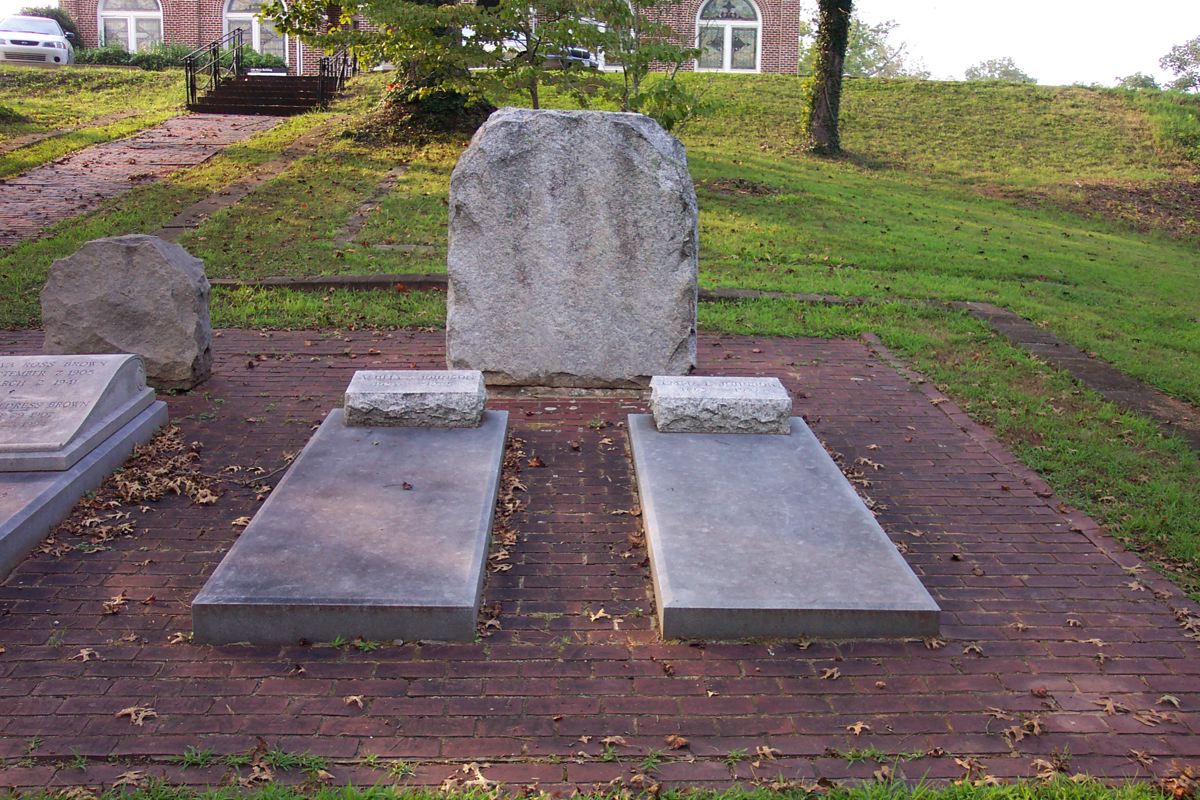 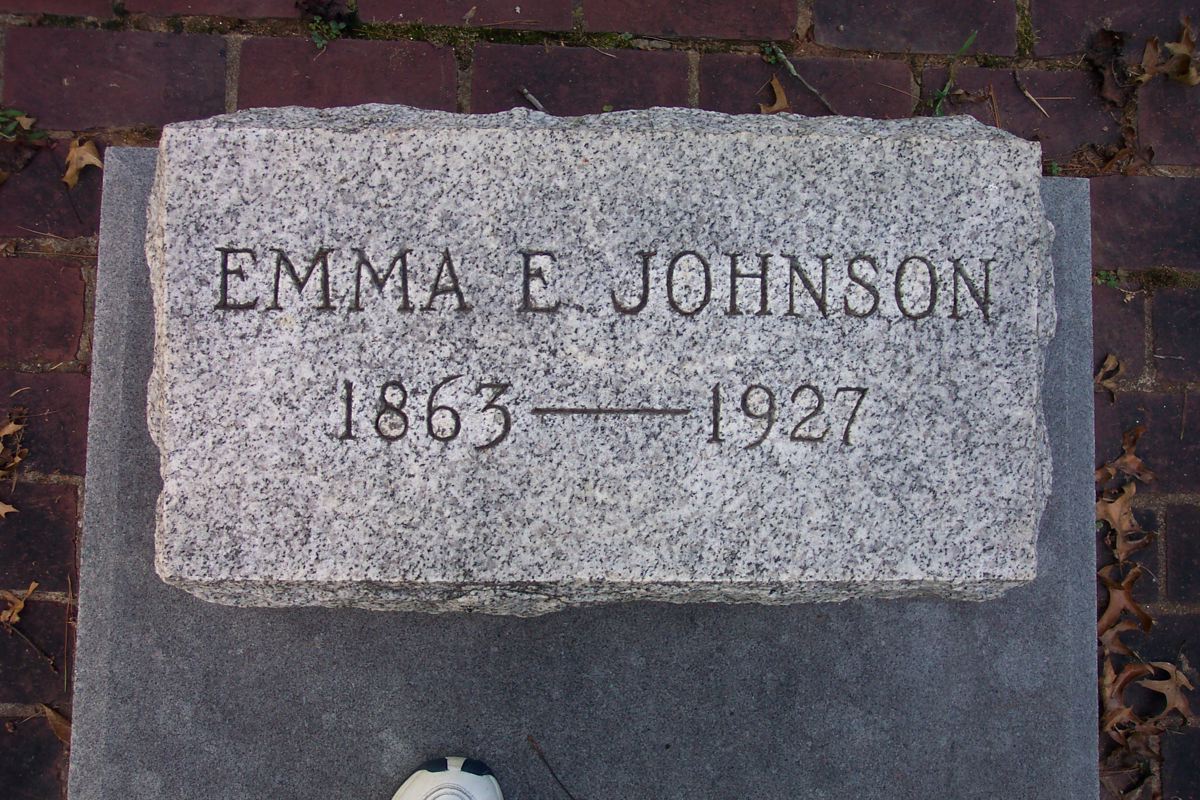 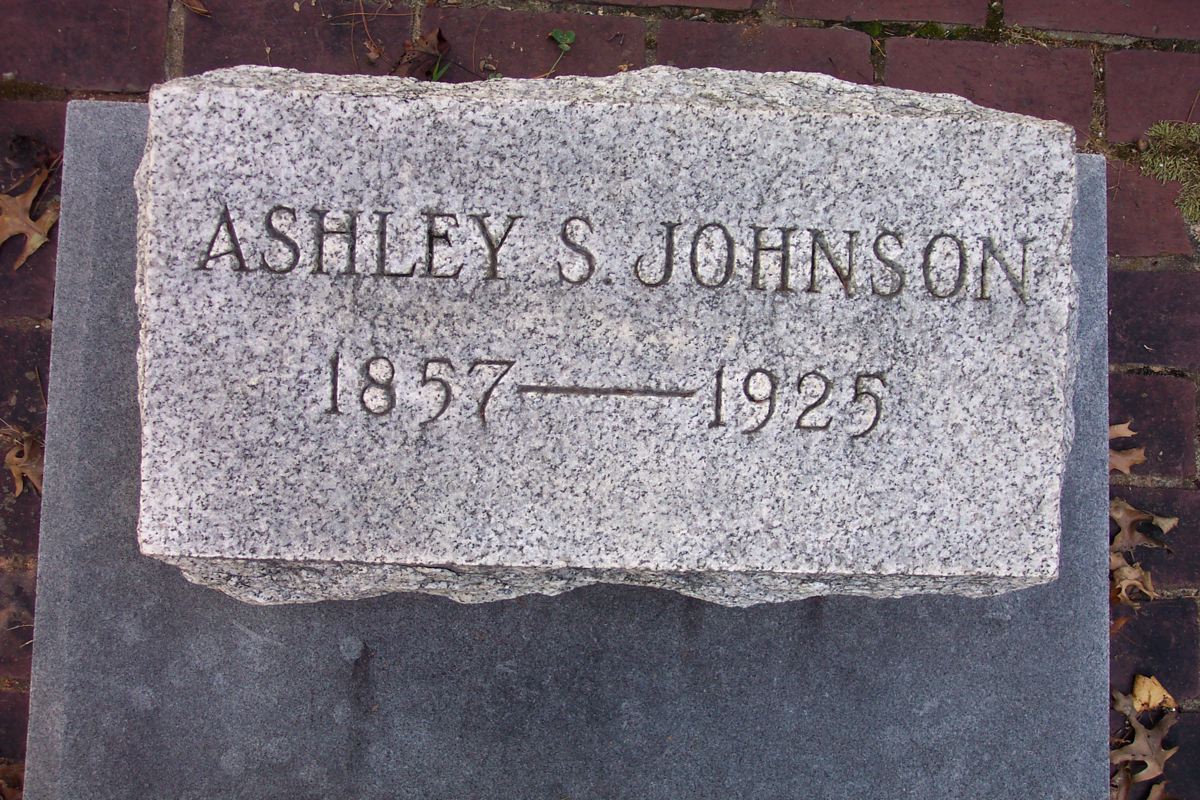