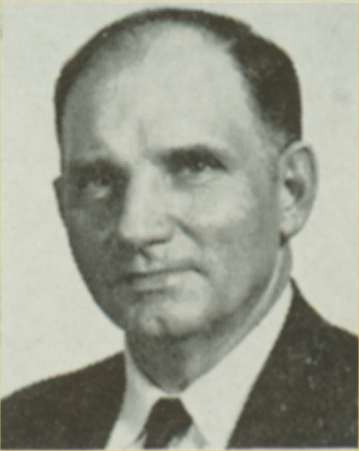 Biographical Sketch On The Life Of I. C. Pullias, Sr.

Irby Campbell Pullias was born in Castalian Springs, Tennessee March 30, 1900. His father was John G. Pullias, the brother of the beloved preacher, C.M. Pullias. I. C. had three brothers: Athens Clay Pullias, noted president of David Lipscomb College (now Lipscomb University); Earl, who held a PhD in Psychology and taught at Pepperdine University and later at the University of Southern California; a brother, Gray, who died in an epidemic at the age of sixteen.

He was baptized at the age of fourteen by L.S. White (August, 1914). He married Louise Harding October 6, 1921. Five children were born to them: Gene, John C., Louise, Campbell, and Shirley. 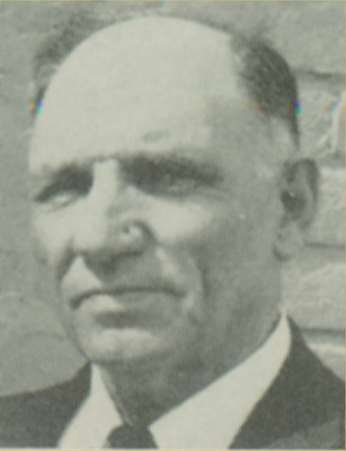 I. C. began preaching in Sumner County, Tennessee in 1917. His training was under the direction of H. Leo Boles in the Nashville Bible School, (Lipscomb University). He received the B.A. degree at Cumberland University. Later he received the M.A. from George Peabody College. He also studied at Vanderbilt University.

In addition to preaching, his education afforded him the opportunity to support himself and family through the Tennessee school system. He taught for over twenty five years: at Lebanon seven years, and at Hartsville, fourteen years. He taught English, History and Mathematics. He served for a period of time as principal of Hartsville schools.

I. C. was good with his hands. He helped to build homes and commercial buildings. However his greatest love was preaching and teaching the gospel of Christ. He spent his retirement years working with the Washington Street Church of Christ in Fayetteville, Tennessee. He was loved by all who knew and worked with him. He passed from this life on March 31, 1973, one day after his 73rd birthday, and is buried in the Evergreen Cemetery, Murfreesboro, Tennessee.

-Most of the information from this biographical sketch comes from Preachers of Today, Volumes I, II, III, ed. Batsell B. Baxter & M. Norvel Young, Nashville, Tennessee.

Directions To The Grave Of I. C. Pullias

Irby Campbell Pullias, Sr. is buried in the Evergreen Cemetery In Murfreesboro, Tennessee. From I-24 take Exit 81B, Hwy. 231, and head toward the city center. You will be on S. Church Street. Go about two miles into the city center and turn right (east) on Vine St. Go 4/10ths mile and turn left on S. Highland (after one block it will become N. Highland) and go 4/10ths mile and turn right on Greenland. Travel 3/10ths miles on Greenland and enter the second entrance to the Evergreen Cemetery to your left (North). Go to the first intersection and take the first right (beside Section Sunset). The road will horseshoe around to the left. Go nearly to the other side of the horseshoe from where you entered and Forest Hill will be on your left (to the south) (Note: This section has a statue of Jesus in the center of the section.) When you see the first two cedar trees (or if you see the BELL family marker, you will stop your car and go to just the other (south) side of the cedar trees. In the shade of the cedars will be the grave of I. C. Pullias, Sr.

While in the cemetery, be sure to visit the graves of other well-known gospel preachers of yesteryear, George W. Dehoff, Leamon Anderson Flatt, William Leon Logan, and perhaps others. 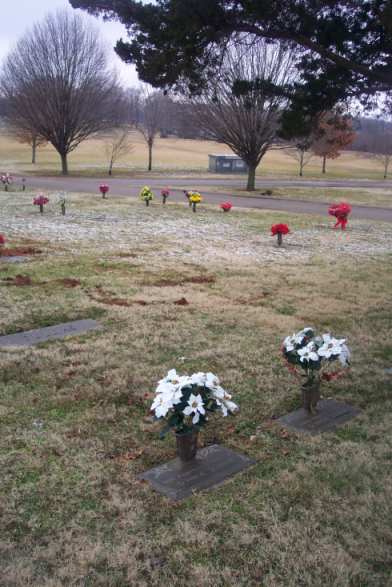 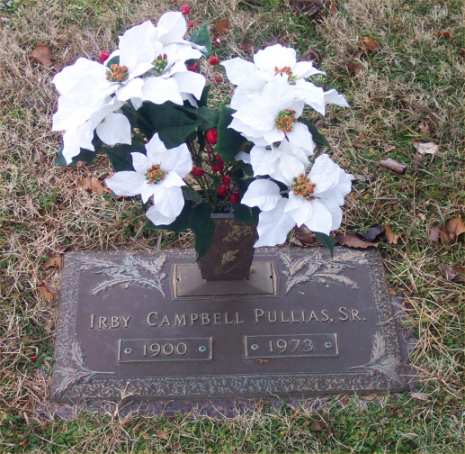