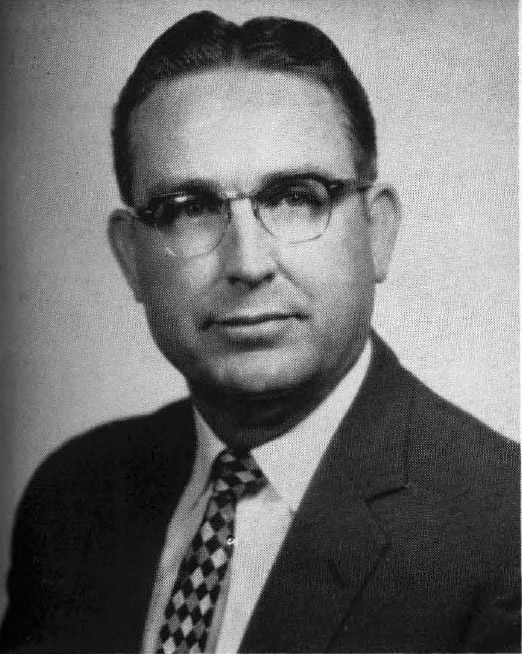 The Life of J. Walker Whittle

James Walker Whittle was born in Wilcox County, Georgia July 6, 1921. While growing up his family attended the Southside church of Christ in Macon. He was baptized by W. Gaddys Roy in April 1947. He was married to the former Mary Louise Cobb on December 15, 1945. They were blessed with two daughters, Dwina Louise (Willis) and Rosemary (McKnight.)

Education was of significant importance to young Walker. He attended Georgia-Alabama School of Commerce, Macon, Ga., and after working with Swift and Company, in Macon, Ga. and in Jacksonville, Fla. for a few months, he enlisted in the U. S. Naval Seabees. He served 39 months, 33 in the South Pacific.

After being honorably discharged, he attended Georgia’s Mercer University where he received the B.A. Degree with honors in 1949. After this he was employed by The Bibb Company in Macon, Georgia. Then, he attended Macon Law School where he received the L.L.B. in 1952. In September 1954 he moved to Henderson, Tennessee to attend Freed-Hardeman College as a student, but also began part-time teaching. He studied the Bible and related subjects for three years, after which he became a full-time teacher in the Business Department and the Bible Department. In 1958, Walker received the M.A. Degree from George Peabody School of Education, at Vanderbilt University in Nashville, Tennessee. With this achievement he was appointed Chairman of the Department of Business at F-HC. In 1956, he received his Masters of Business Administration, and in 1976 the Doctor of Philosophy from the School of Business Administration, University of Mississippi, Oxford, Mississippi.

Over the years, brother Whittle wrote occasionally for the Gospel Advocate, Teenage Christian, and Minister’s Monthly.

The major portion of J. Walker Whittle’s work surrounded his devotion to Christian Education. He began teaching at Freed-Hardeman College in the Commercial Department in 1954. That year he also became the new Baseball coach. The following year he taught Physical Education classes. As noted, he soon became the Chairman of the Department of Business Administration, a position he held for a good many years. He taught accounting classes, courses on operating office machines, principles of economics, and several courses in the Bible Department. In 1974, he was named as Director of Cooperative Education And Placement.

There was one brief time when Dr. Whittle was involved in Christian Education away from Henderson, Tennessee. He was appointed President of Alabama Christian College (now Faulkner University). Beginning May 1, 1982 he served the next fourteen months at the helm of the Montgomery, Alabama based institution. Returning to Freed-Hardeman, he continued to be used in various roles.

J. Walker Whittle was known and beloved by thousands of students, and thousands more among churches of Christ. He had a special place in his heart for his home state of Georgia. He led many evangelistic campaigns over the years to different points in Georgia. Your web editor remembers well his own connections with the Whittle family. When daughter, Dwina, graduated from college, her first work was teaching at Greater Atlanta Christian School in Norcross, Georgia. She taught Biology classes, and one of her 8th grade students was Scott Harp. Within a few years, she married and moved to Henderson to teach at F-HU in the Biology Department. When I left my Georgia home to became a student at F-HC in the fall of 1976, I was among a good number of other Georgia students who found a home away from home in the private domain of brother and sister Whittle. They seemed to live to make young people from Georgia feel at home in West Tennessee while they worked on their education. In later years, the Whittle family continued to influence my children when they left our Georgia home to attend Freed-Hardeman University.

J. Walker Whittle became Professor Emeritus of Business as he stepped into the world of retirement in 1993. However, though he was officially finished as an official educator, he was far from through assisting in building Freed-Hardeman University. As long as he lived, he was a strong supporter for young people. Also, new freedom of time ignited greater efforts in the Kingdom of Christ. He made fourteen mission trips to Russia, assisting in the planting of five churches of Christ in five different Russian cities.

Over the course of his career, Dr. Whittle taught in 22 different universities, colleges, institutes, secondary and elementary schools. In all of them his special interest was emphasizing the fundamentals of the "Free Enterprise System."

His beloved, Louise, passed from this life July 18, 2008. For the next nine years, J. Walker Whittle was seen on campus at the annual Bible Lectureships as well as ball games and other student activities. Until his death, he maintained his larger than life personality on campus and in the Christian community. All who knew him loved him. He passed from this life September 2, 2017 at the age of 96. Burial followed in the Henderson City Cemetery next to his beloved Louise, now united in their expectation of the Lord’s coming. 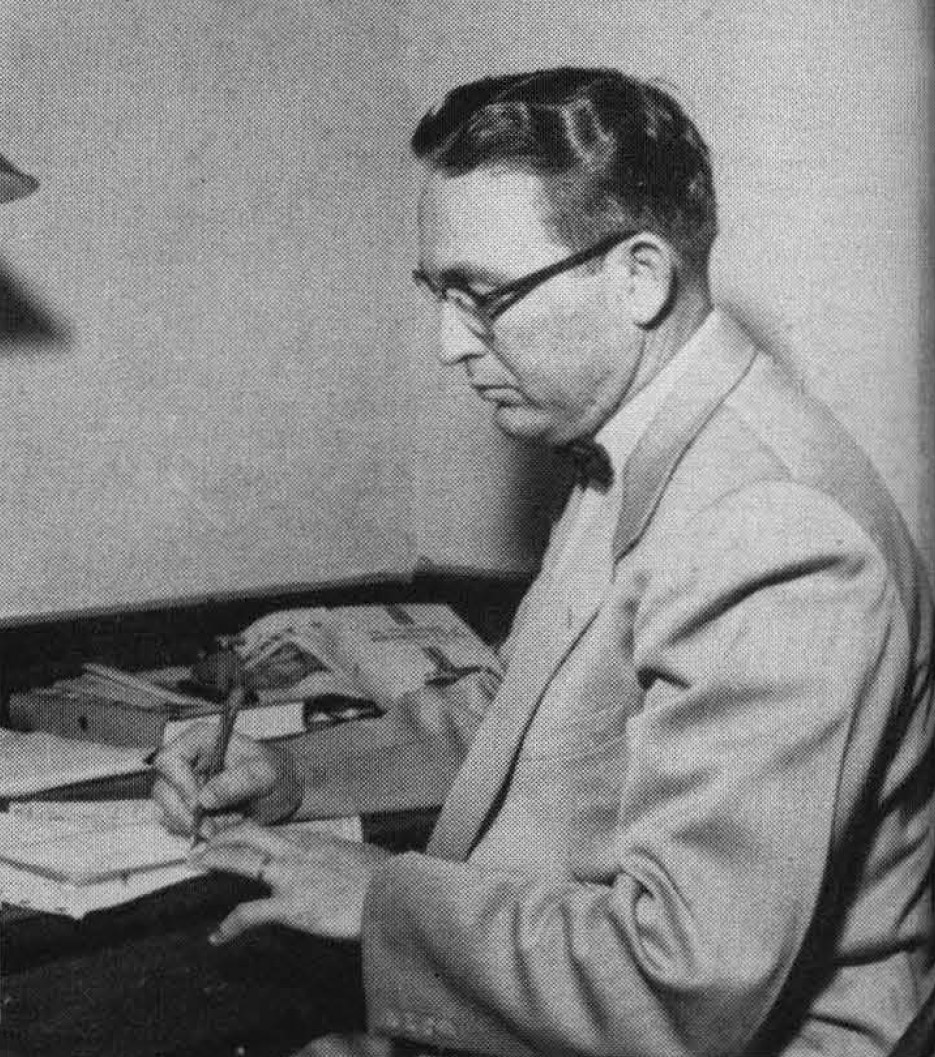 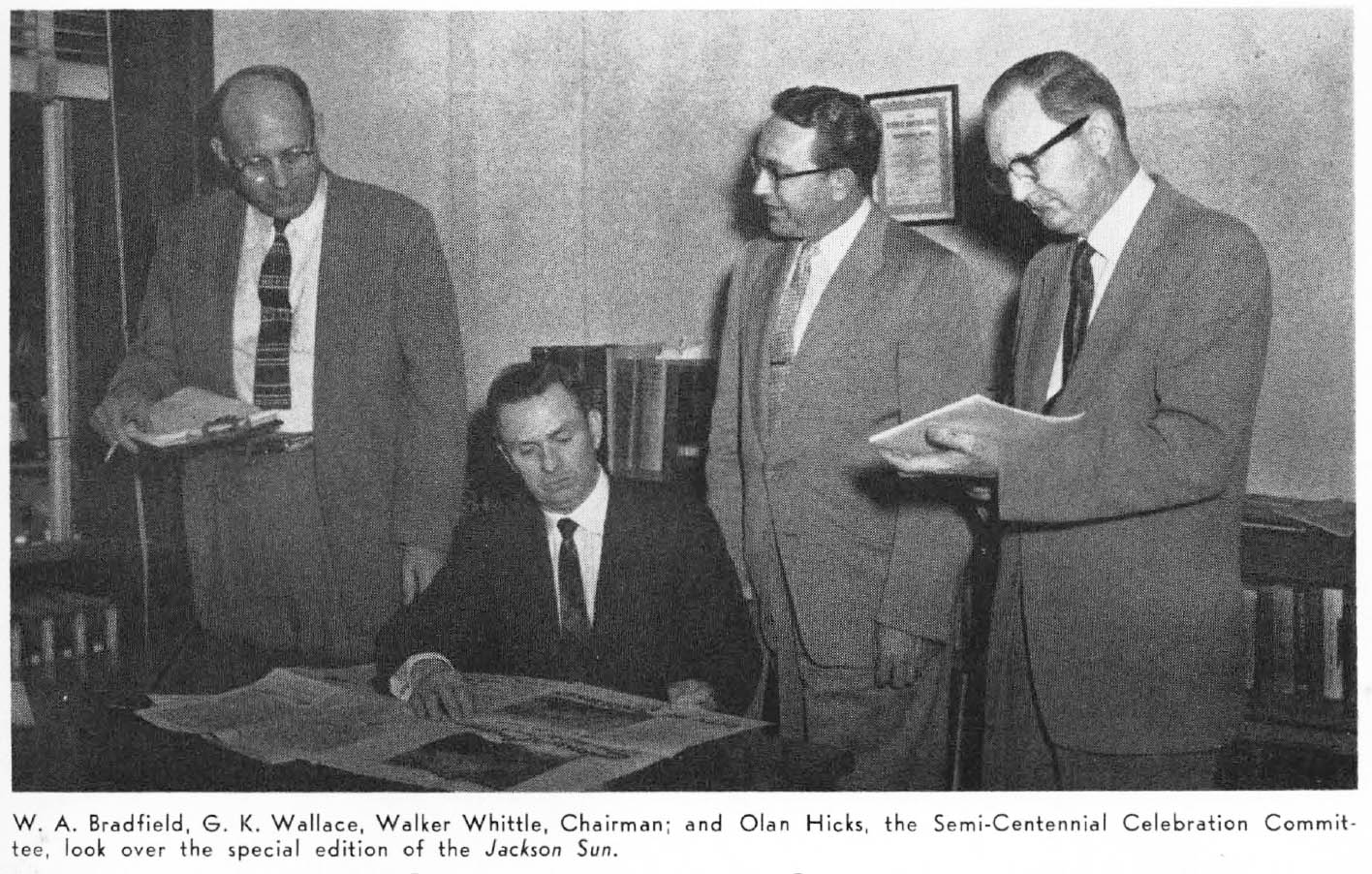 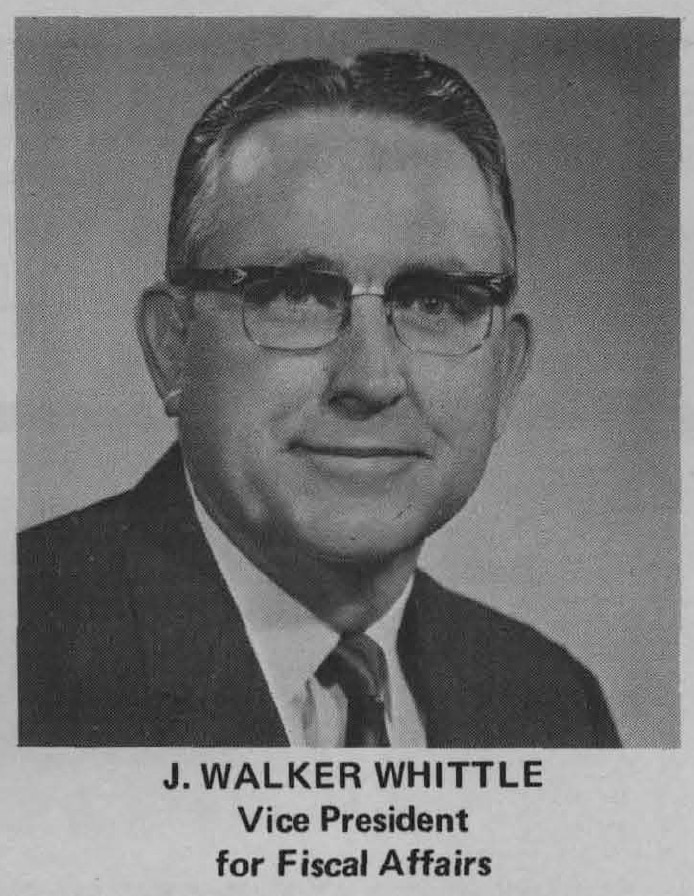 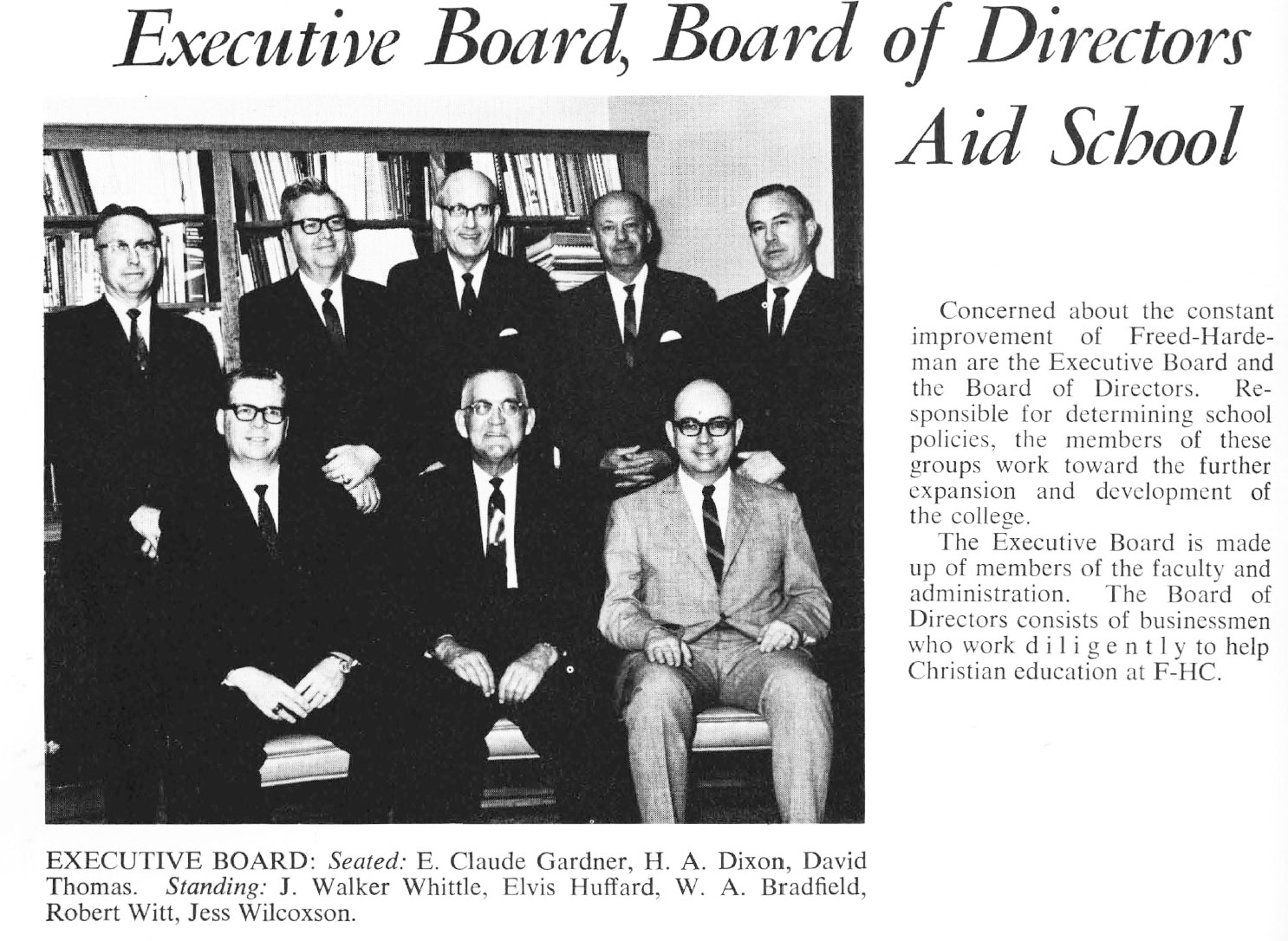 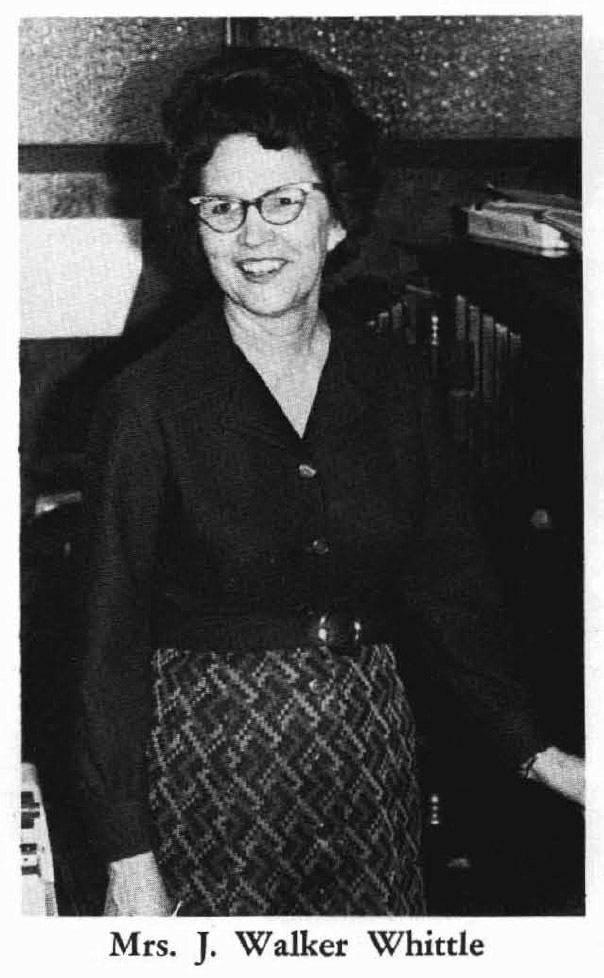 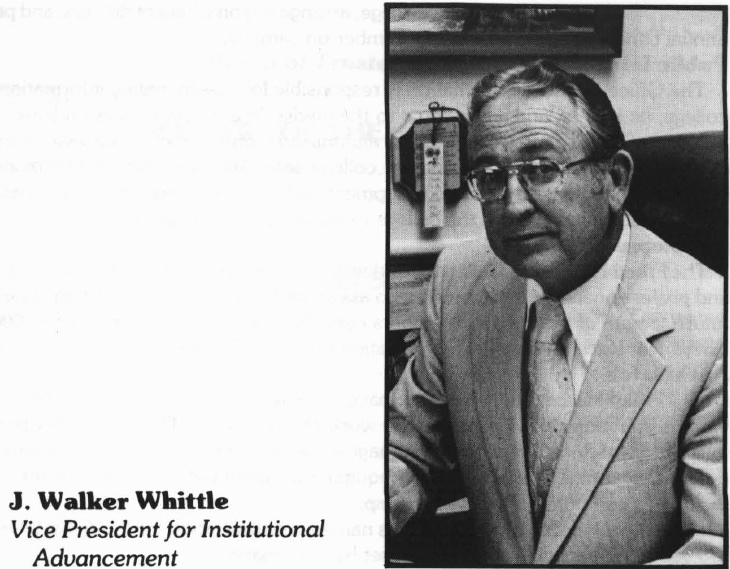 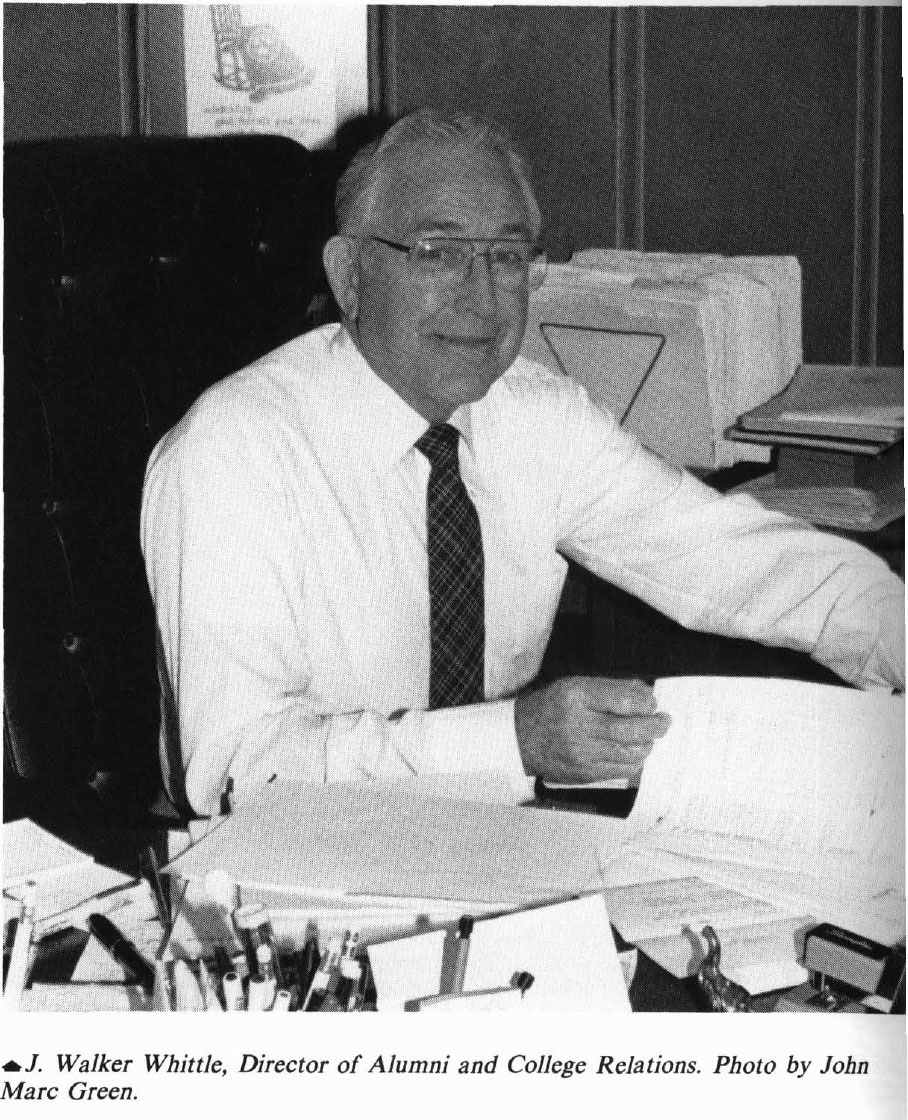 The Henderson City Cemetery is located near downtown, Henderson Tennessee. Several church workers, gospel preachers, and especially educators who worked for Freed-Hardeman University are buried here. To find the Whittle family plot travel to the SE corner of the rear of the cemetery. It is probably best to enter from N. Franklin Ave. As soon as you see the first graves, stop the car and enter into the cemetery down beside the business that adjoins it. Toward the rear you will see the Whittle plot. Behind it is the Oldhams, Wilcoxsons, Gardners, and others connected with the church of Christ in Henderson. 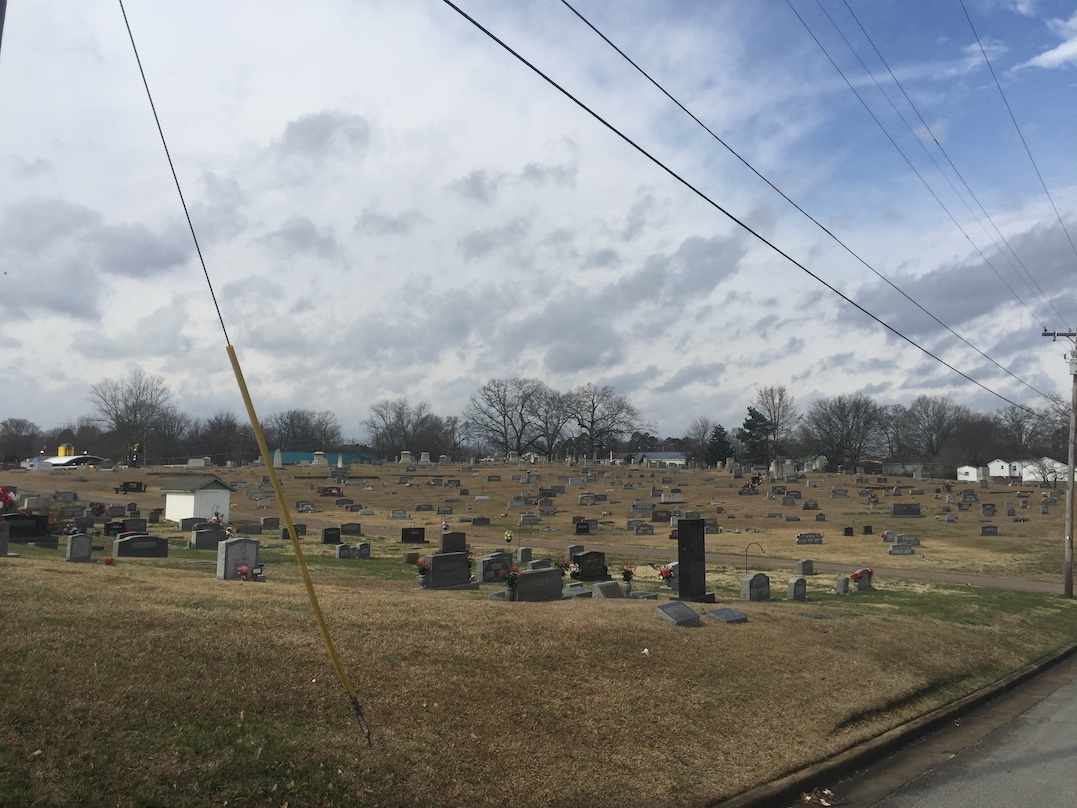 Rear Of Henderson City Cemetery From SE Cnr.
The Whittle graves are to the left of this photo on top of the hill. 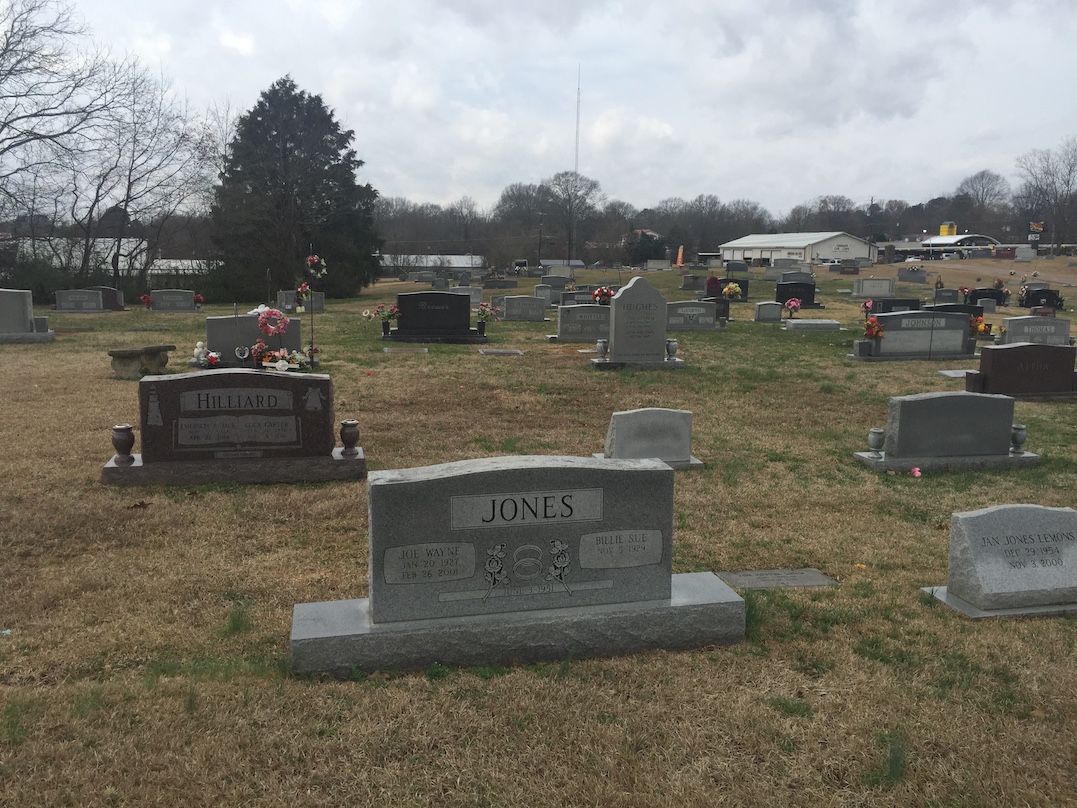 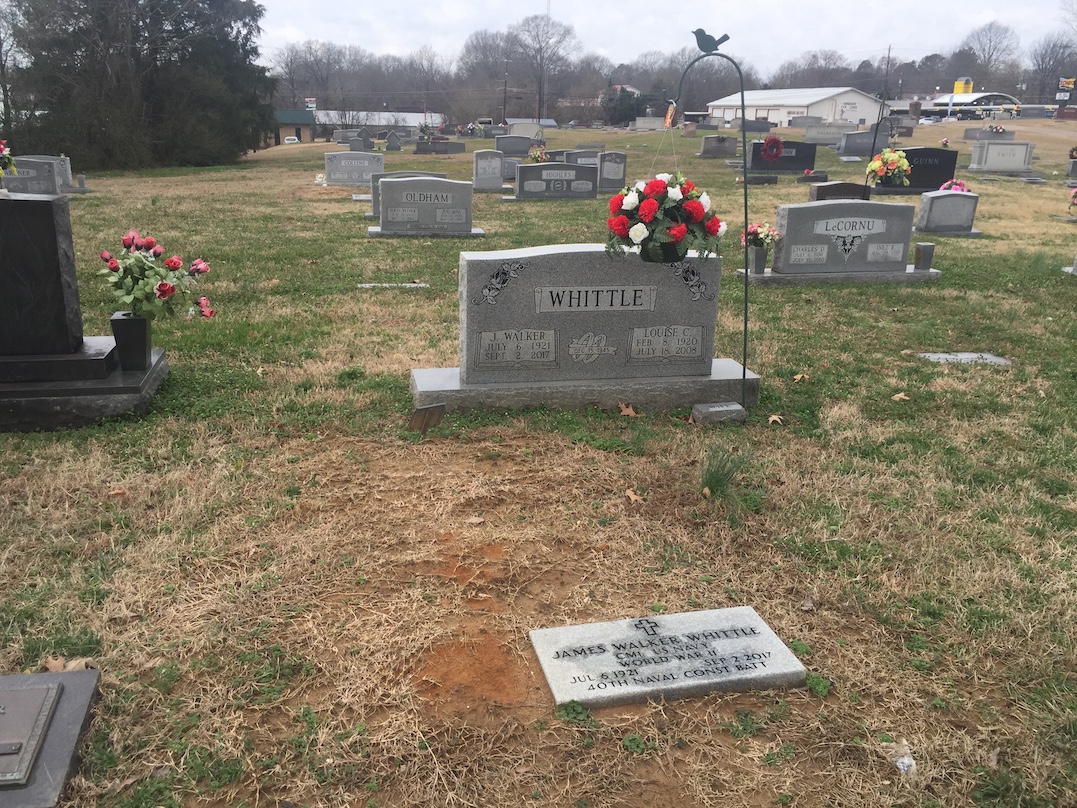 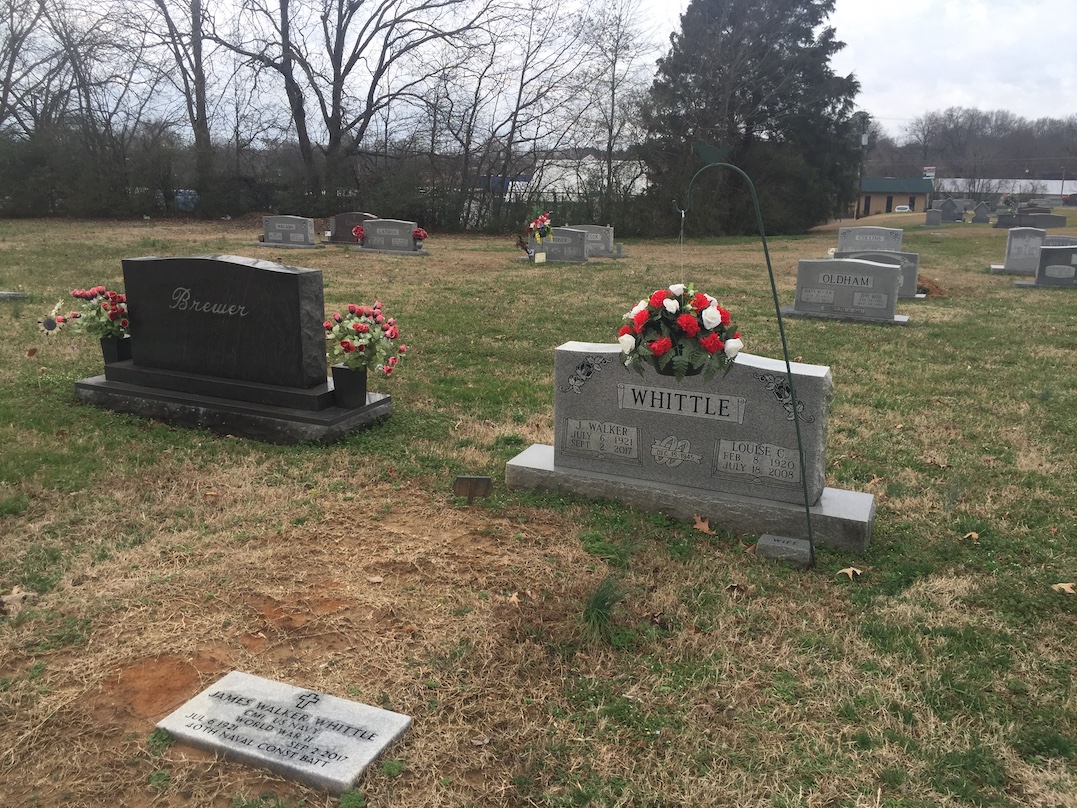 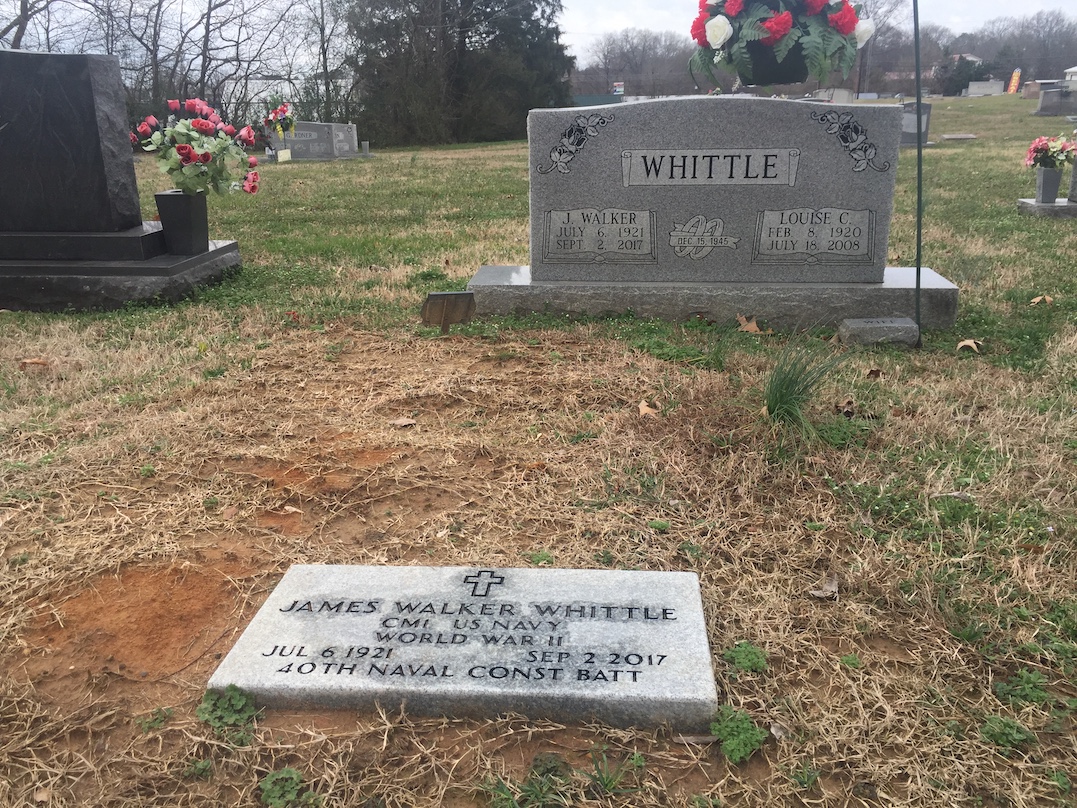