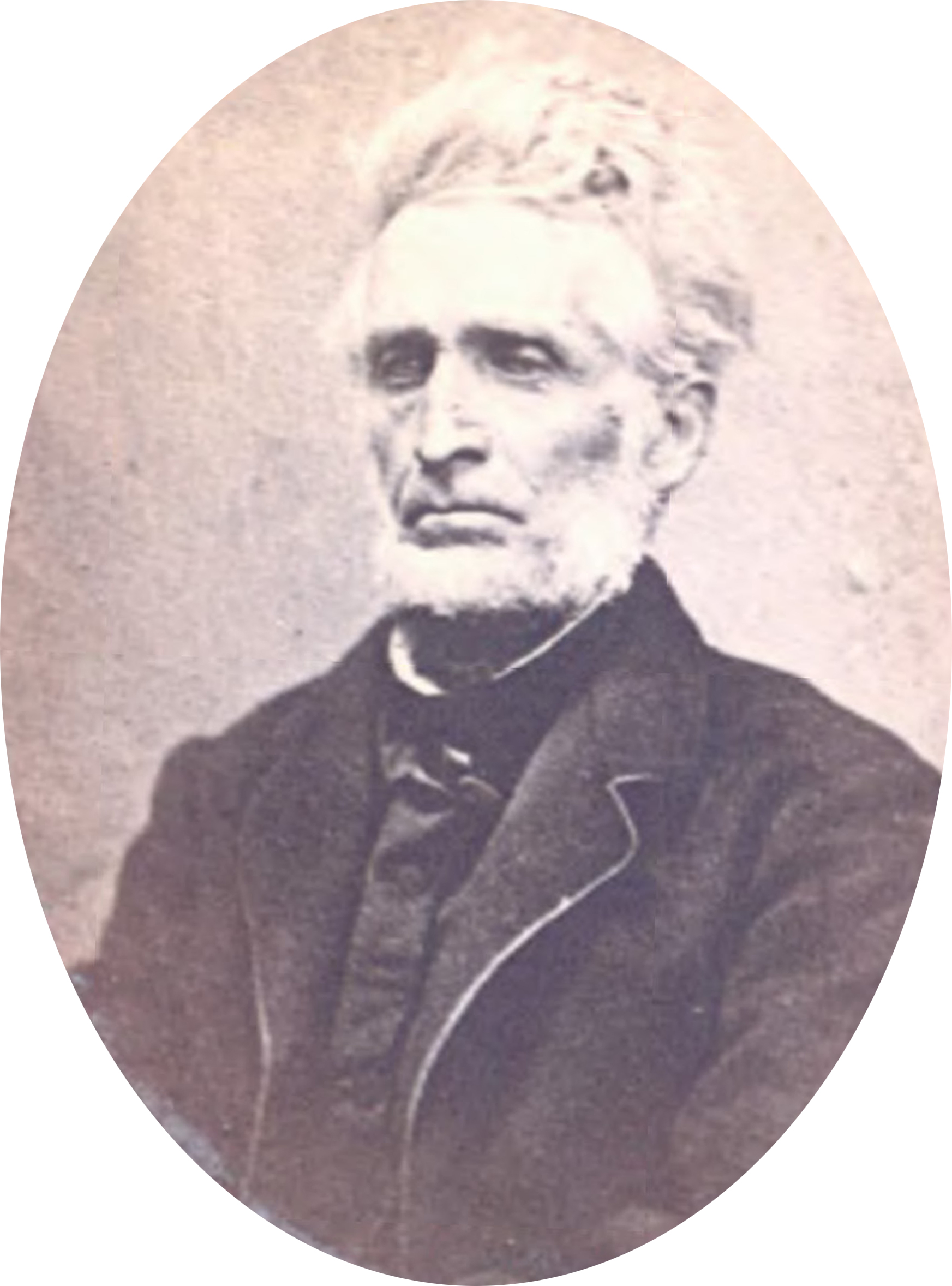 George W. Elley was born in Scott County, Ky., March 25, 1801. His parents were Virginians, and Baptists. His maternal grandfather, Elder John Dupuy, was a descendant from the Huguenots, and, for sixty years, a preacher of the Armenian sort. When Mr. Elley was about five years of age, his parents moved to Henry—now Oldham—County, Ky., where they died, the father in 1826, and the mother in 1843.

Very early in life he began to feel an interest in the subject of religion, and imitated those who followed the popular custom of the times, in endeavoring to “get religion,” as was the common phrase, but did not succeed.

In 1815, he lost his eldest sister, which greatly aroused his convictions of danger, but yet he was without a remedy. The same course was marked out for him, with no stronger assurances of success, than “Perhaps he will hear my prayer,” “Perhaps he will admit my plea.” This was the status among the Baptists at that time. They had not yet risen above it. After numerous failures, yet, with full purpose of heart to be a Christian, he resolved to examine the New Testament with reference to a more thorough understanding of the matter. This resulted in a statement of his desires to the Baptist Church at Bethel, five miles east of Shelbyville, in April, 1817, and, after some considerable misgivings, growing out of his responses to sundry questions involved in Calvinistic theology, he was admitted to baptism, “because he was saved.” He was, however, reluctantly received, as the substance of his declarations was, that he had resolved to change his life, but could not hope for Church-membership if he must admit their pleas.

In 1824, by the suggestion of a brother, he subscribed for Mr. Campbell’s “Christian Baptist,” in regard to which he thus writes:

“That work opened up a new theater, and some strange things. I awoke as if after a dream. I was both astonished, alarmed, and delighted at its contents. I read it with eagerness and delight. I then bought ‘Clark’s Commentary of the New Testament,’ then ‘Mosheim’s Church History.’ My tongue was loosed, and I began to talk and agitate Bible questions; and, in the spring of 1827—perhaps the fourth Lord’s day in May—I first appeared before the congregation at Eighteen Mile, in Oldham County, where I was a member, addressing them from Matthew, 11th chapter. The waters were agitated, and, ere twelve months had expired, I was disfranchised. Yet the work of agitation went on. Soon I had the pleasure of seeing my wife, my brother, and youngest sister, an aunt, and Elder Samuel Rouzee, with others, immersed in the quiet Ohio. Here was the basis of the first Christian Church in that County of Oldham, at Westport.”

In 1828, he removed to Nicholasville, in which, and its vicinity, he labored for six years. In 1837, ’38, ’39, he ministered to the Church in Louisville, Ky.; in 1840, to the Church in Philadelphia. In 1841 and ’42, he evangelized in Southern Kentucky, aided greatly by the lamented J. T. Johnson, R. C. Rice, and Henry T. Anderson. Hundreds of converts were the results of these labors. He also ministered for six or eight months to the Church at Columbus, Miss., with success, returning through North Alabama and Tennessee, and laboring much on the way.

In 1857, he ministered to the Church in Paca Street, Baltimore, with much success and pleasure, being greatly aided by the whole Church.

Being now in the decline of life, and suffering from a bronchial affection, he has latterly been less active in the Gospel ministry, although he pays occasional visits to the Churches in his vicinity.

Brother Elley is about five feet eight inches in height, and of rather slight build. In the days of his strength, he was of an active, nervous organization. As a speaker, he is both argumentative and eloquent. His voice, when in health, was of a rich, musical tone, which, in his exhortatory appeals, rung out on the ears of the audience with thrilling effect. But, like many others of whom I write, the vigor of his youth has departed, and he revels in the pleasing memories of past labors, awaiting patiently the developments of the unknown future, and the grand and glorious consummation of eternal life.

Lexington Cemetery is located on West Main St. in Lexington, Ky. After entering the cemetery, head toward the large Henry Clay monument. The next section over from the Clay monument is Section O. Go to Lot 83 to find the Elley plot. Note: This section contains the family plots of many well known early Restoration Movement families including: John Smith, H.H. Halley, R.C. Ricketts, L.L. Pinkerton and several others. 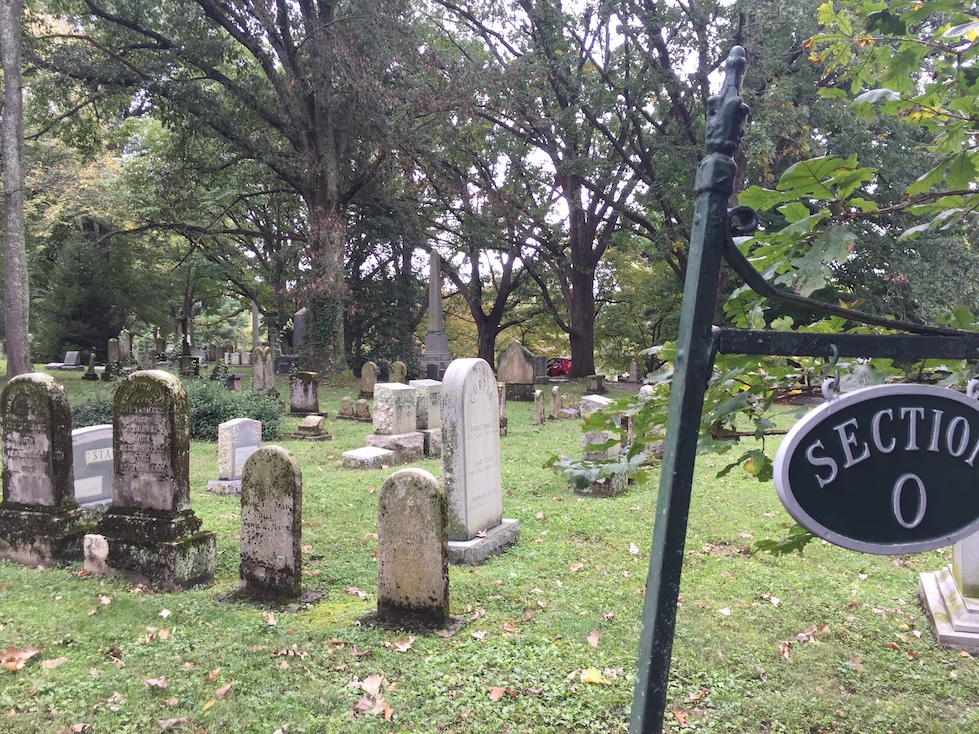 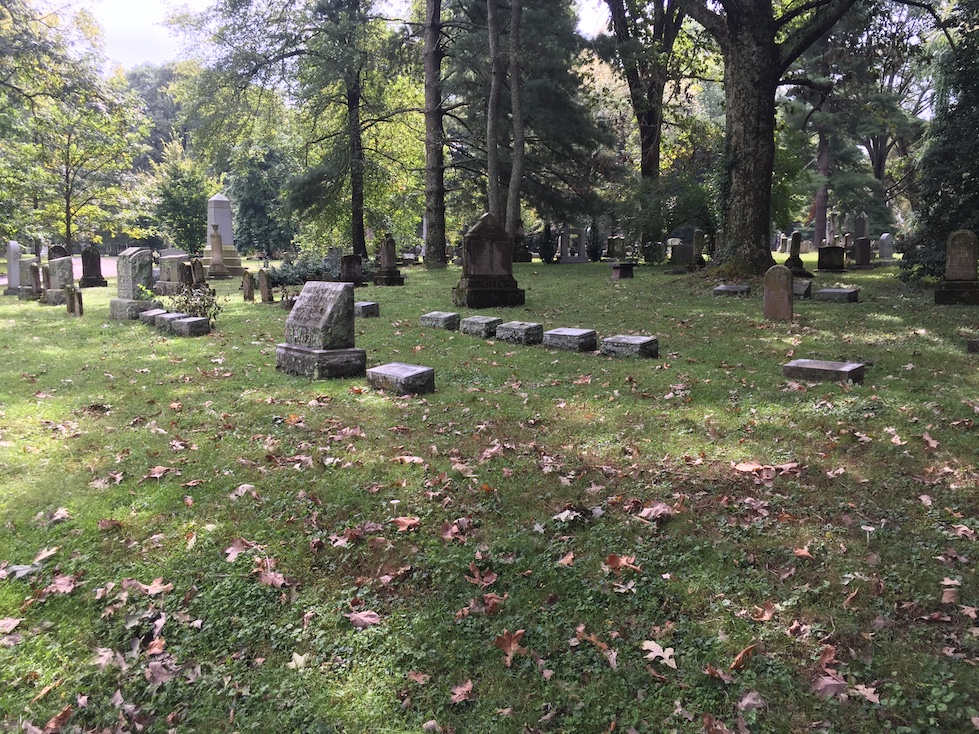 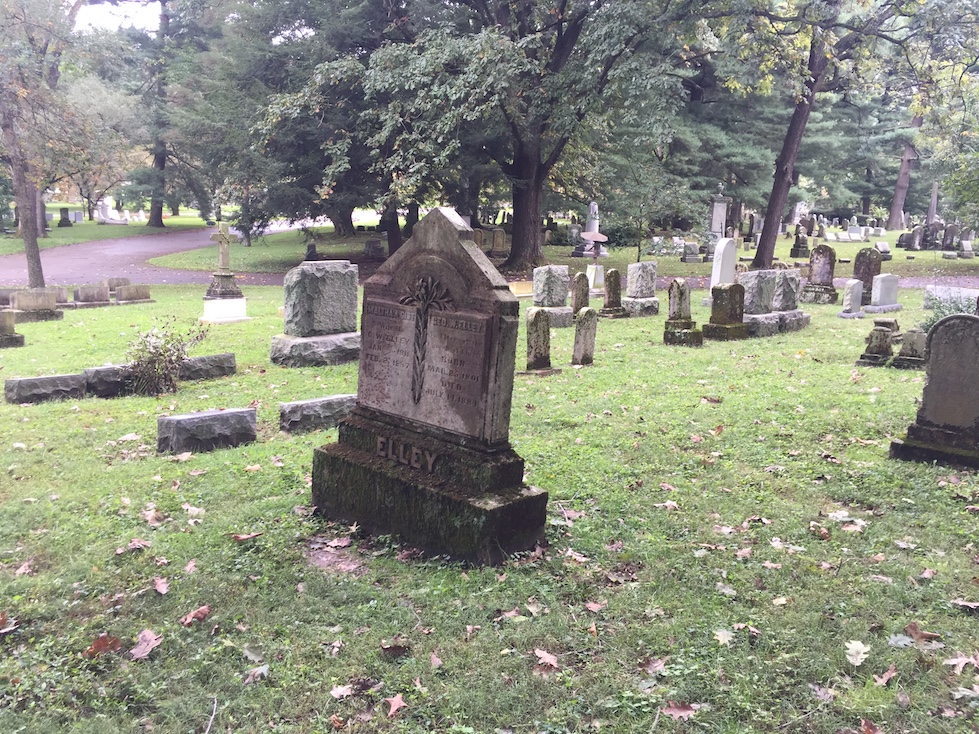 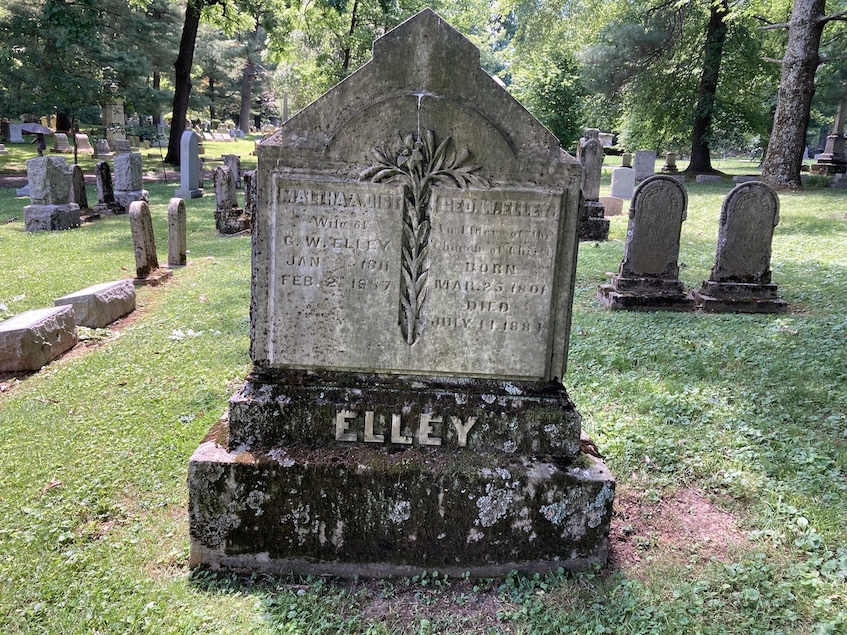 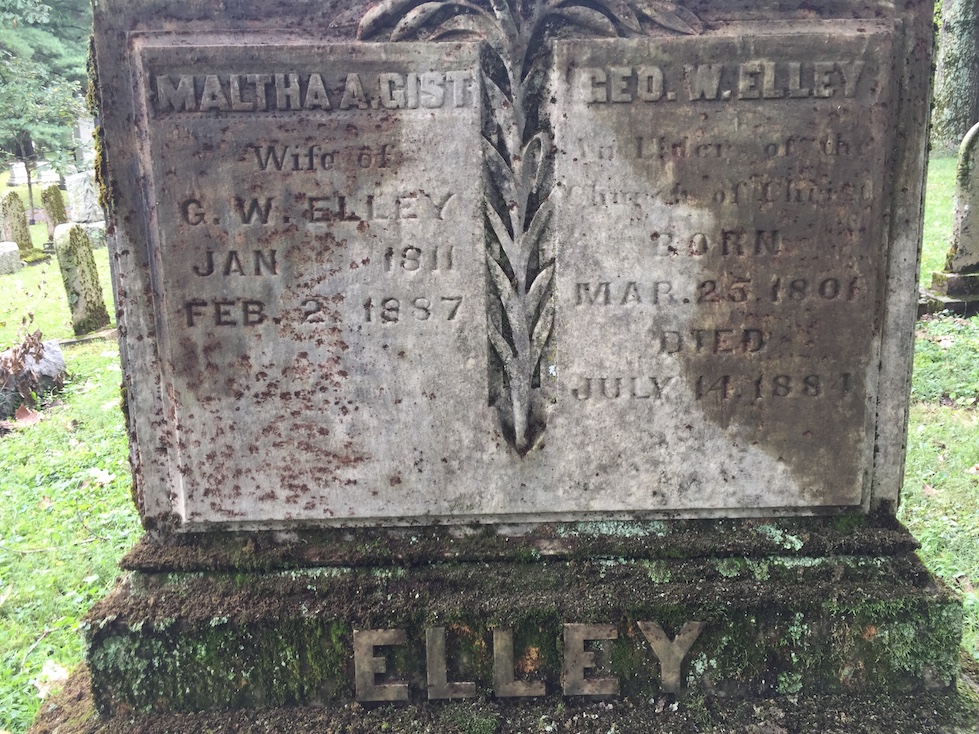