Addran Clark was born the 3rd of November 1869. He was the eldest of eight children born to Addison and Sallie McQuigg Clark. Addran was also the first grandchild of Joseph Addison and Hetty Clark.

All the excitement of potential in a new generation was seen by all the Clark family at the coming of Addran. In his name was the mark of his father and his uncle, Randolph Clark. To be born into the Clark family was to be have the richness of the pioneer spirit in his veins. Being born a Clark mean leadership in churches of Christ, for his parents and grandparents and two generations before them were dedicated members of the church, fighting the cause of New Testament Chritianity in their present age. Being born into the Clark family meant being a part of a great body of commitment to educating the minds of young people. In Addran it was believed that greatness in all these areas that meant so much to this family would be carried on for another generation.

And yet, it was not meant to be. At the age of three they little fellow came down with a severe case of diptheria. It took his strength, and ultimately, his life. Amidst, deep sorrow and the shedding of tears, his little body was conducted to the Pioneer Rest Cemetery in Forth Worth, Texas for burial. A marble slab bore the name AddRan.

Yet, the name of the lad was not left to be forgotten in an old cemetery. Within just a few years of his death, a college was open by his parents, uncle, and grandparents in Thorp Spring, Texas. They called it AddRann College, named for the boy that never knew that someday the college would become known as Texas Christian University.

Addran Clark is buried in the Old Pioneer Rest Cemetery in Fort Worth, Tarrant County, Texas. It is the grave location of the county's name bearer General Edward H. Tarrant, and many other early pioneers that settled what came to be know the great state of Texas. Today, the cemetery is in a part of town that has been experiencing urban renewal. Unfortunately, many of the stones in the section where Addran is buried are no longer visible. They have either experienced vandalism, or over the years, the grass has overgrown the gravestones in the section. Below are a series of photos that show the final resting place of Addran Clark—or at least what of it remains.

The cemetery is near the banks of the West-Fork Trinity River to the west, and a railroad track to the east. Located on Samuels Avenue, just north of downtown Fort Worth, the best way to get to the Clark plot is to park in front of the main entrance that faces Samuels Avenue. Go down to the last section on the left and look for the grave of 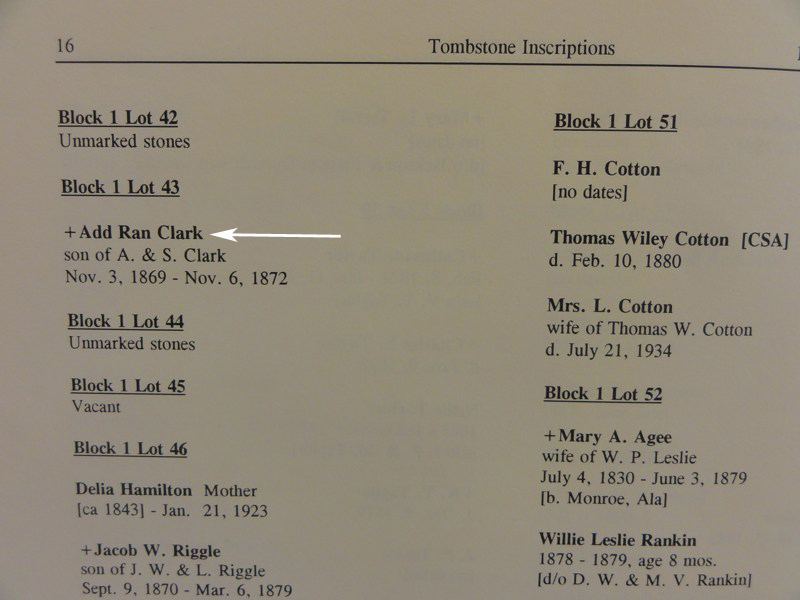 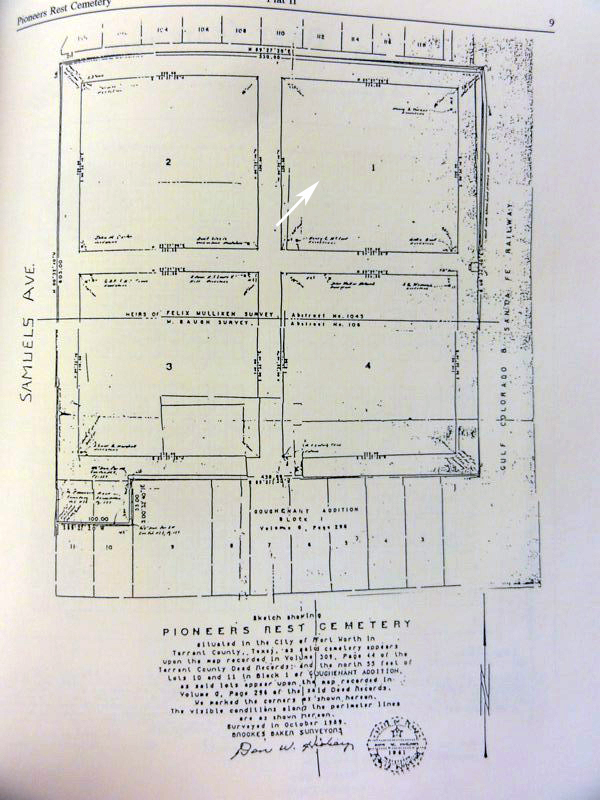 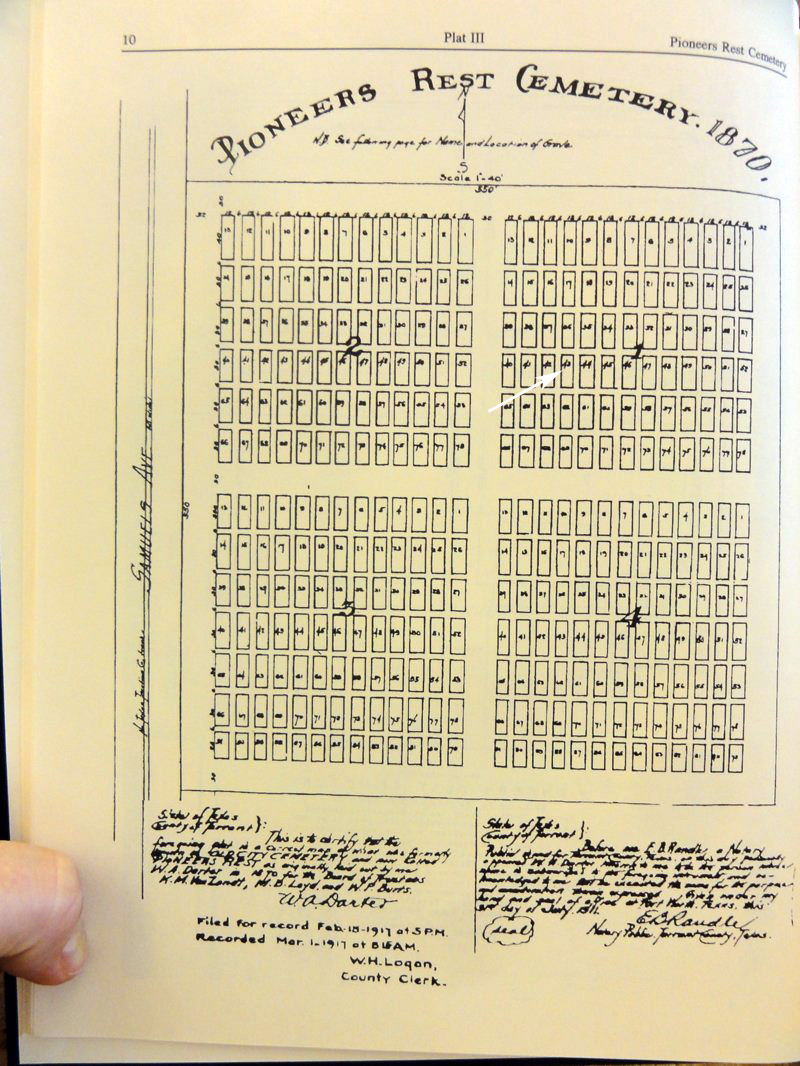 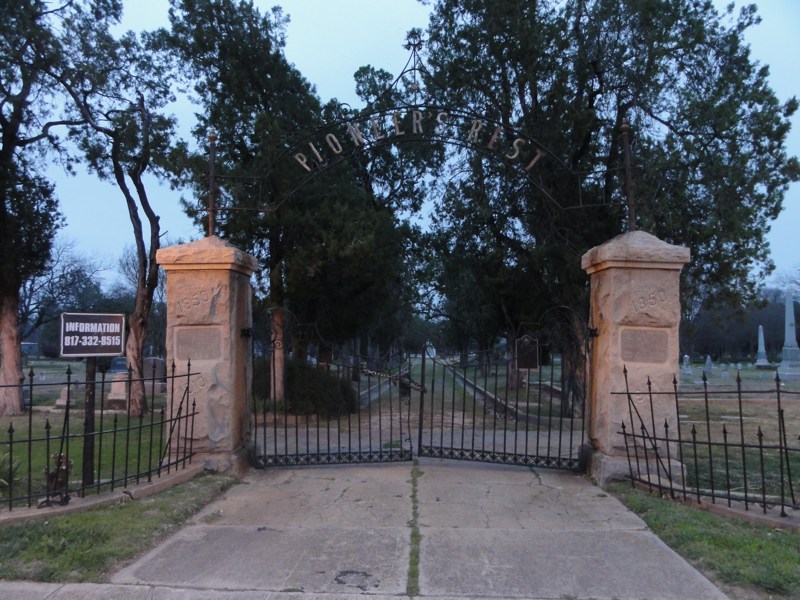 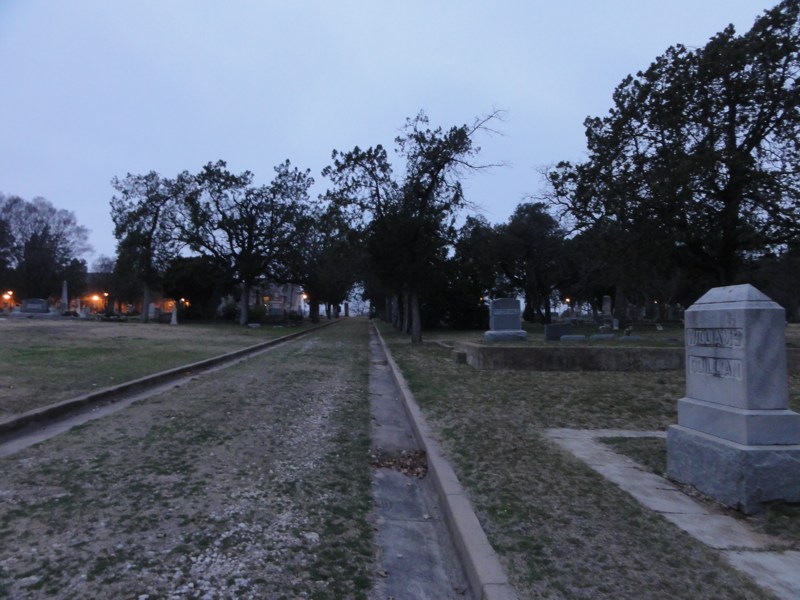 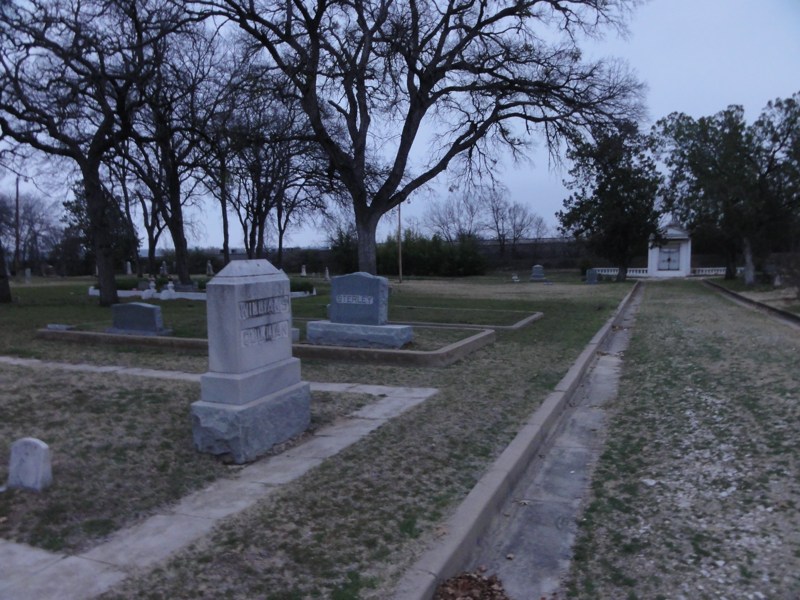 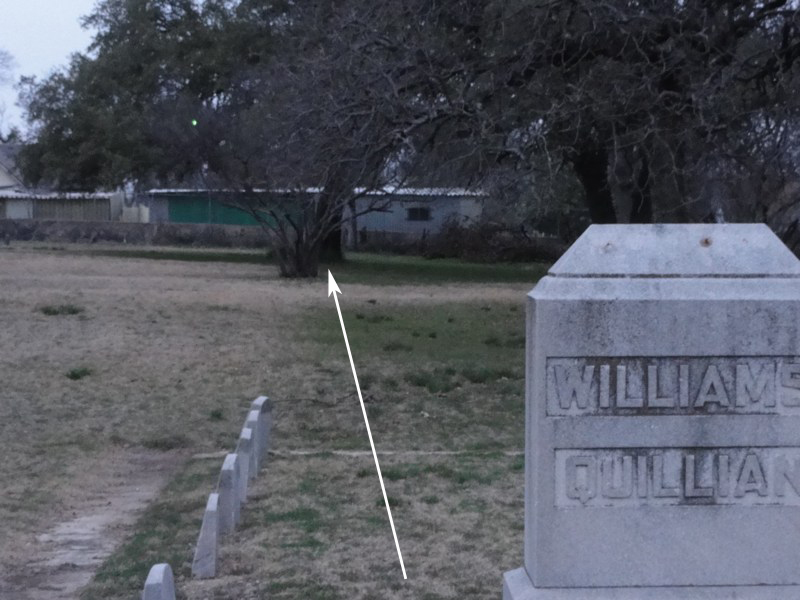 Addran Clark is buried several yards behind the William/Quillian plot. 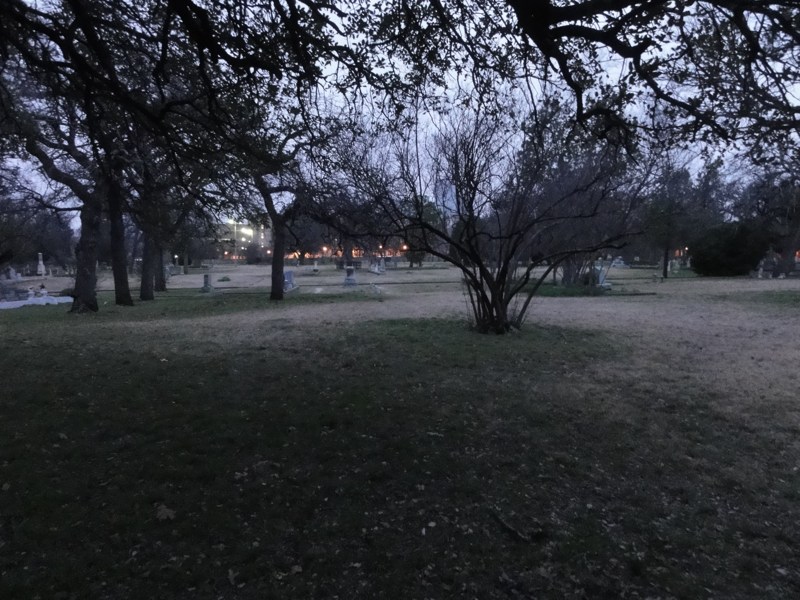 Addran Clark plot looking back toward William/Quillian Plot
Note: This section is full of graves. Either they were vandalized, or the grave markers lie just under the grass.