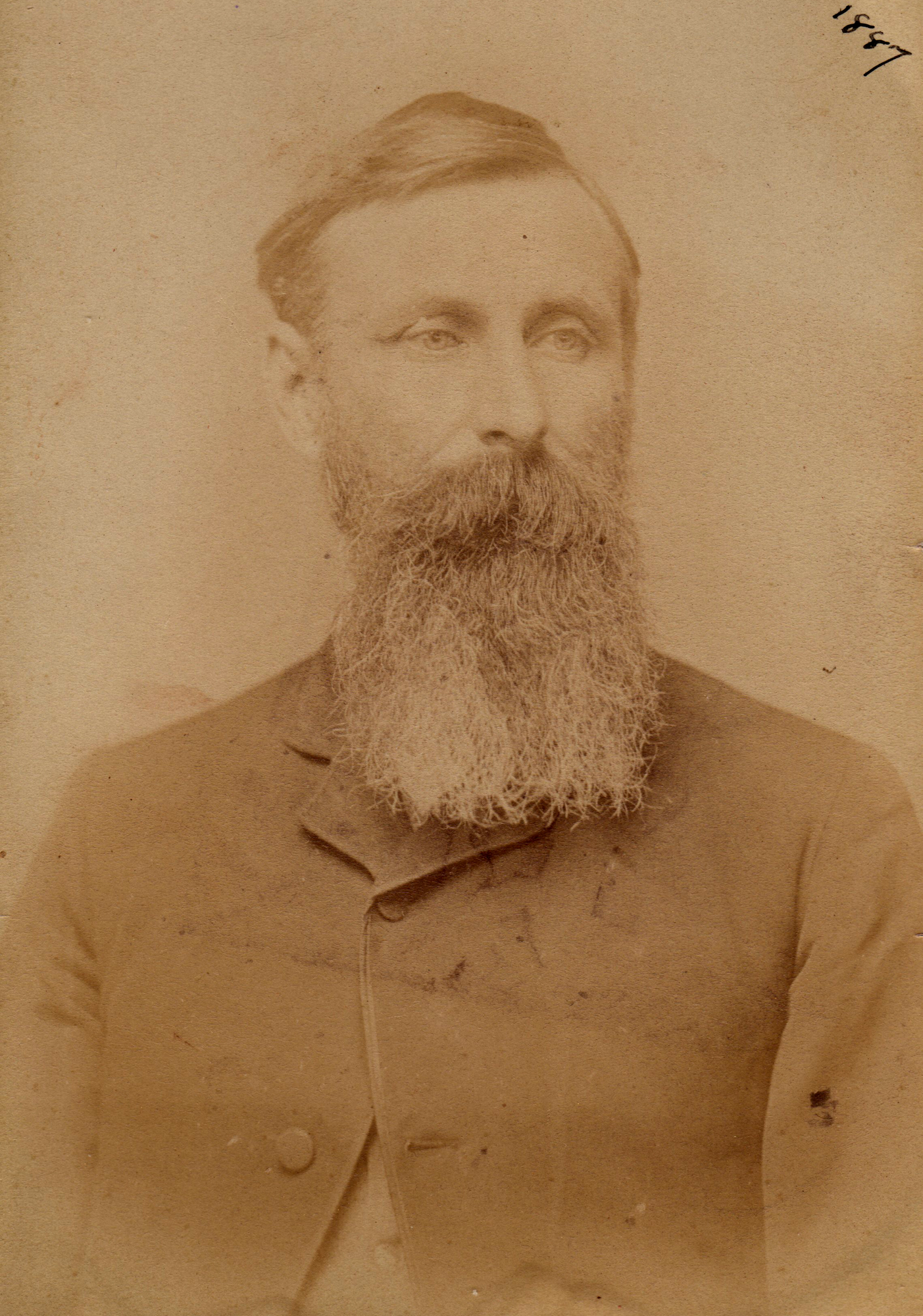 The Life of Addison Clark

Addison Clark was born the 11th of December 1842 in Titus County, Texas. He was the eldest child of Joseph Addison Clark (1815-1901) and Esther Hetty D'Spain Clark (1824-1894). He had one brother, Randolph Clark (1844-1935). He was married to Sarah Lucy "Sallie" McQuigg on the 31st of January 1869, in Bonham, Fannin County, Texas. Together they had eight children, the eldest of whom Addran born in the 3rd of November 1869. The little fellow only lived to his third birthday, when he was died with a severe case of diptheria. He was laid to rest in the Pioneer Cemetery in Fort Worth, Tarrant County, Texas.

The story of the Restoration Movement ran deeply in the veins of Addison Clark. His maternal great-grandfather was Kentucky woodsman, Indian-fighter—come minister of the gospel, Benjamin Lynn. Lynn had been baptized by Barton W. Stone, as early as 1805 for the forgiveness of his sins. He was potentially the first missionary to enter into North Alabama where he settle just north of what is now Huntsville in around 1810. Dying four years later, his two daughters, Esther and Rachel, married young men with the pioneer spirit. After Lynn's death, Esther's husband John Chism, and their family intended to move west. Rachel and her husband, Marshall D'Spain also moved west. The Chisolms settled north of what is now Florence, Alabama. The D'Spains settled around Waterloo. churches of Christ were established in both places.

Around 1835, the D'Spains, (Rachel was widowed at this point, but with her son and daughter, Lynn and Hetty) along with Mansil Matthews, Ephraim P. Moore, and many others formed a wagon train moving west. They made it to Clarksville, Texas, and founded a congregation of the church of Christ the 17th of January, 1836, marking the first known congregation after the ancient order on Texas soil. Later, when the family moved to Nacogdoches, Hetty met and married the father of Addison, Joseph Addison Clark.

Joseph Addison Clark and his sons Addison and Randolph were preachers and educators. The talent that these three men had for Christ took Texas in her infancy as a state quite by storm. They preached in meetings everywhere. It was the wild wild west at the time, greatly untamed. Once Addison was preaching in a meeting in Jonesboro, in Coryell County. The church was not there at the time. He preached there and baptized six people. He called the town a wild frontier town, because while preaching one day he saw Texas Rangers chasing a hundred Indians across the range.

As mentioned, the Clarks were educators. The year of his marriage, Addison, Randolph, and their father began a Male and Female Seminary in Fort Worth, Texas. They ran the school togther until 1873, when Addison operated it by himself for the next year. Concern for the worldly influence of Fort Worth, caused them to look for something more tame to adequately influence young minds.

In the meantime, a Mr. Thorp, from a small community just a few miles from Granbury, had built a campus on his property for the purpose of education. He had built a 2 1/2 story stone building with plenty of room for teaching and housing students. Making contact with the Clarks, it was determined to moved the school to Thorp Spring, and begin. Randolph and his family moved there immediately, and Addison and his father's family moved at the end of the 1873 school year.

The new school at Thorp Spring was named AddRan College, named after the three-year old son of Addison who had perished the previous year. Young Addran was the first son, and grandson in the family. In him was the hope for the future in many ways. His premature death shocked the family, but naming the new school Addran College seemed to be appropriate to see good come from such sorrow.

For the next 20 years, Addran College continued under the presidency of Addison Clark, with Randolph as vice-president. Addison was the head of the Bible department. In the meantime, the men continued to preach the gospel in many places as well as promote the school.

In February 1894, a division came within the church over the use of instrumental music, that led to division in the family. The elderly parents, Joseph and Hetty left the church when intruments were introduced to the worship. This led to further division in the family, as well as affecting the school. The following year after the introduction of the Instrument, the school fell from its number of 445 students to 294.

In 1895 the school moved to Waco, Texas. In 1902, the name of the school was changed to Texas Christian University. Then in 1910, after a fire in the school the campus was moved back to Fort Worth where the school continues to this day. By this time, Addison was feeling the toll of a long and productive life. He passed from this life the 13th of May, 1911. His body was laid to rest near his parents in Thorp Spring Cemetery. 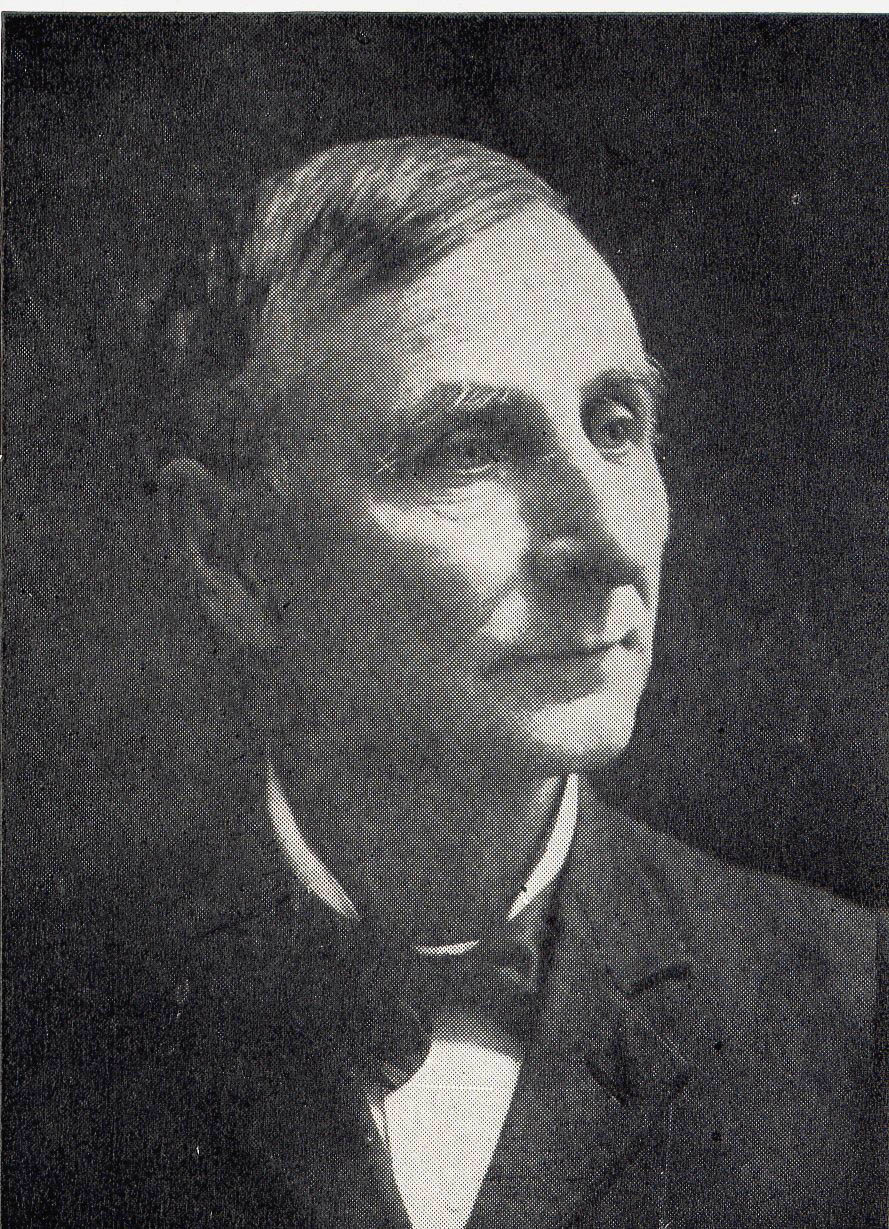 From Thorp Springs Church of Christ head over one block further to Clay Rd. and turn left. The pavement will end. Continue another half mile and the cemetery is on the left. When you enter the cemetery, all the graves will be to right. 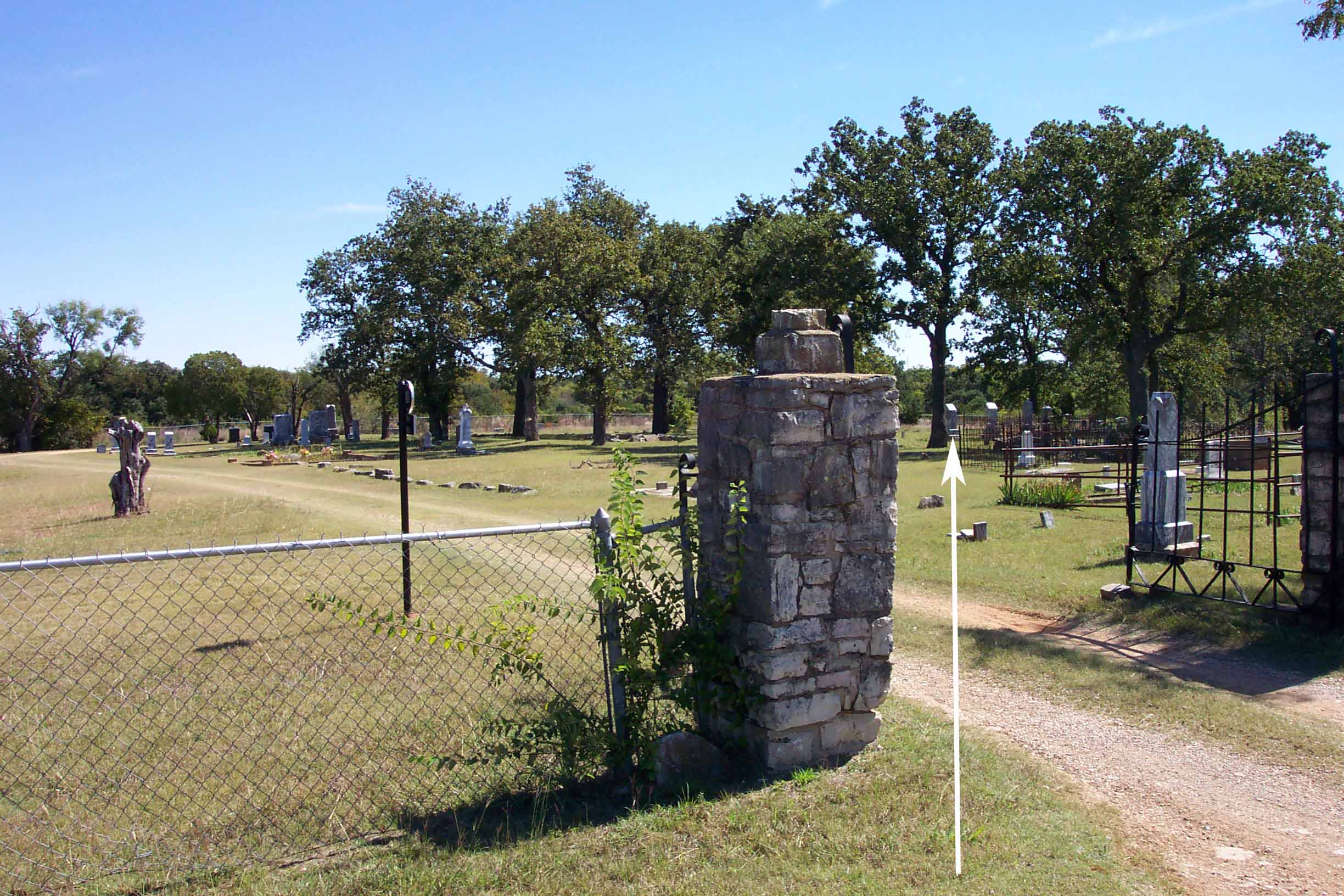 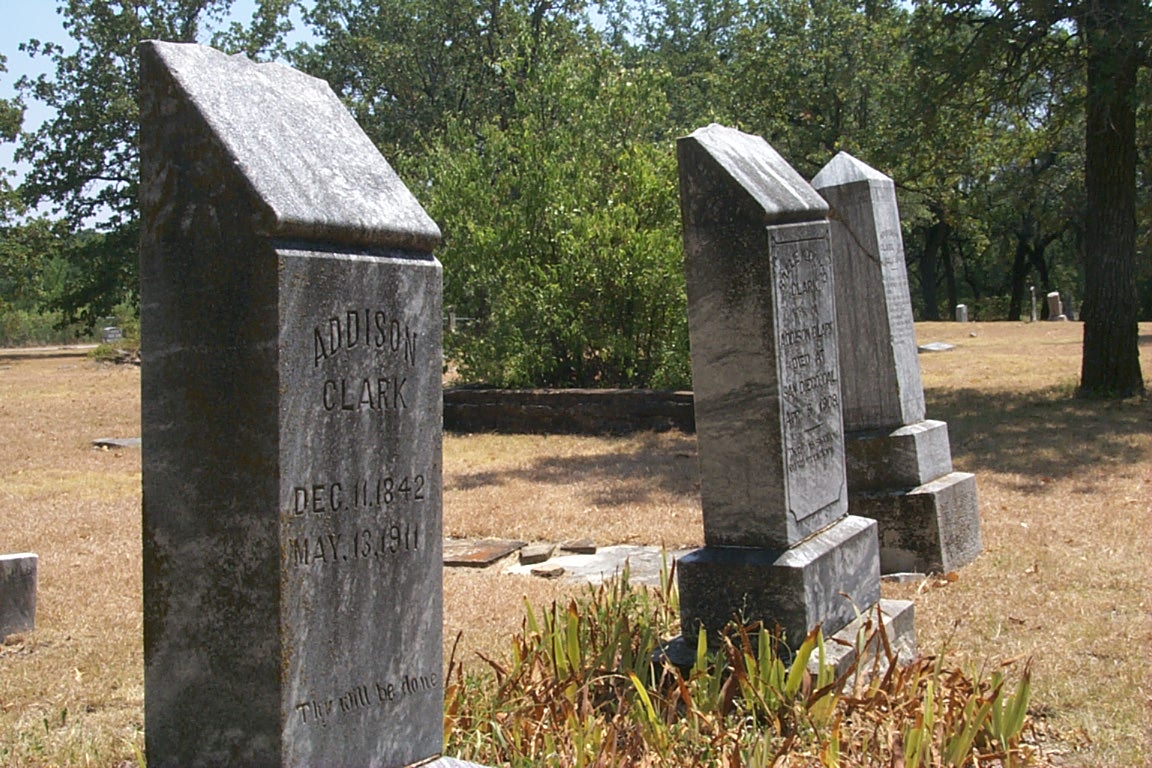 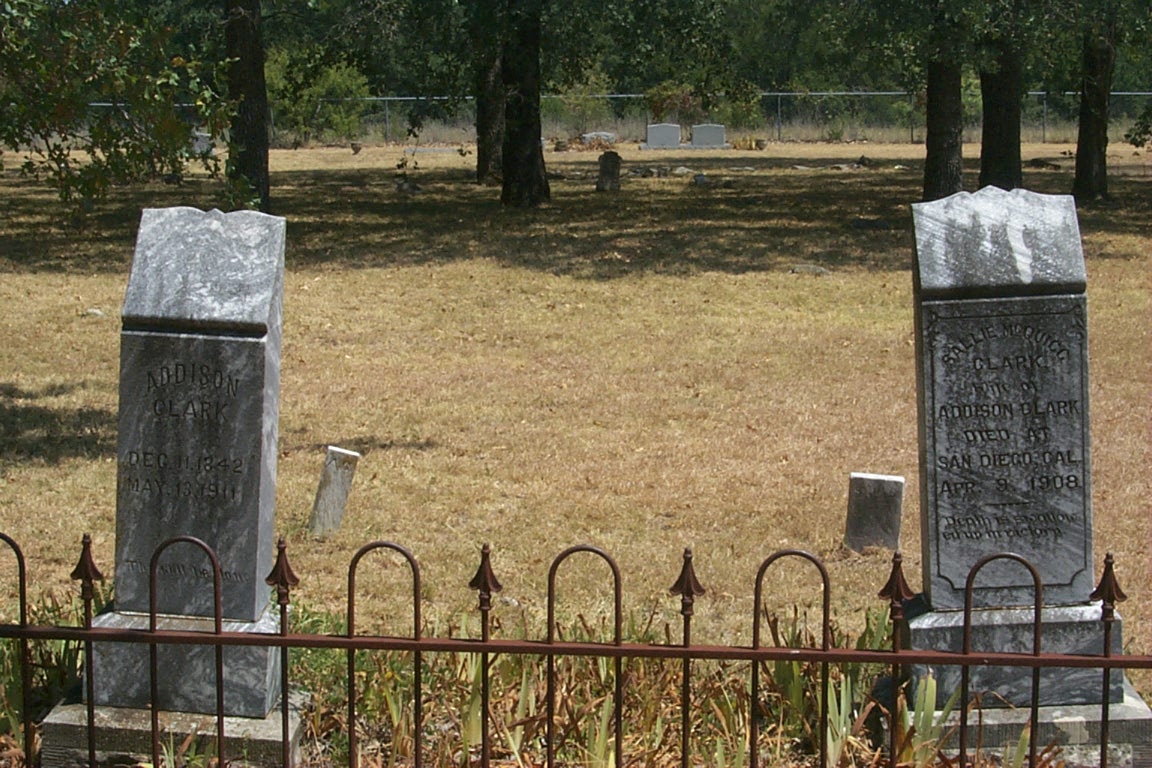 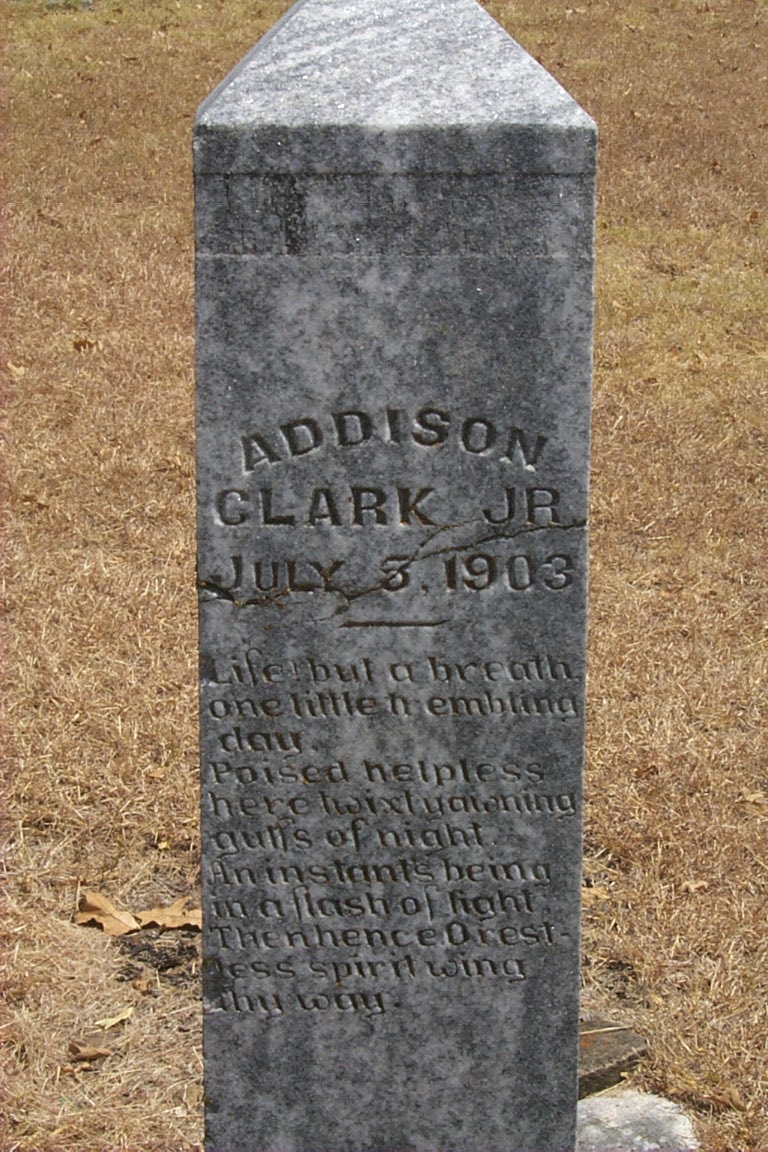 Addison Clark Jr.
July 3, 1903
Life! But a breath!
One little humbling day.
Poised helpless
here twixt yawning
gulfs of night
An instant's being
in a flash of light.
Then hence O restless
spirit wing Thy way 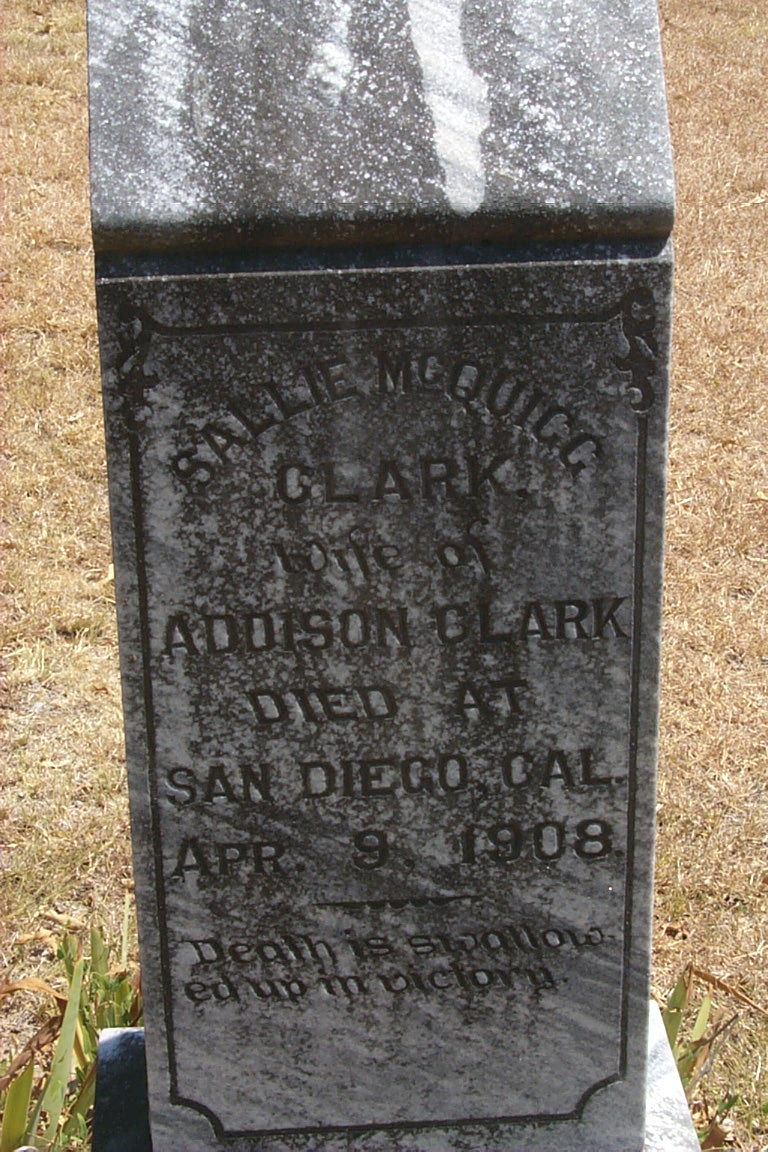 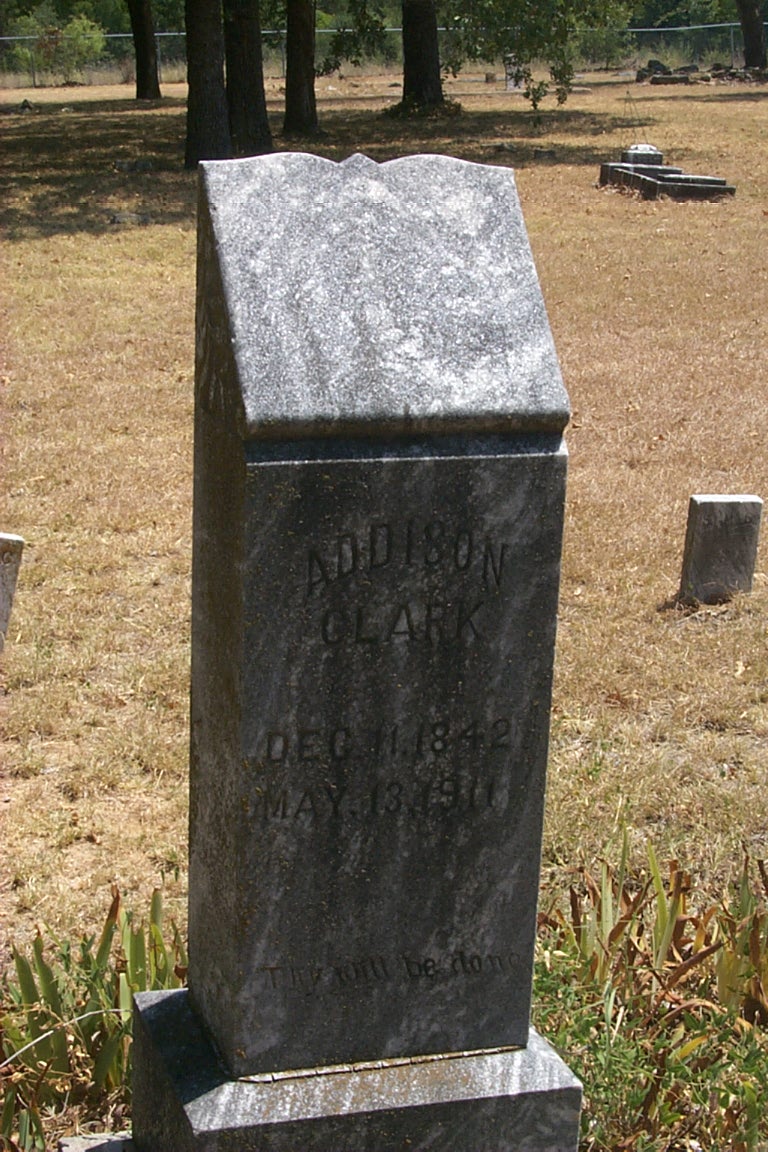 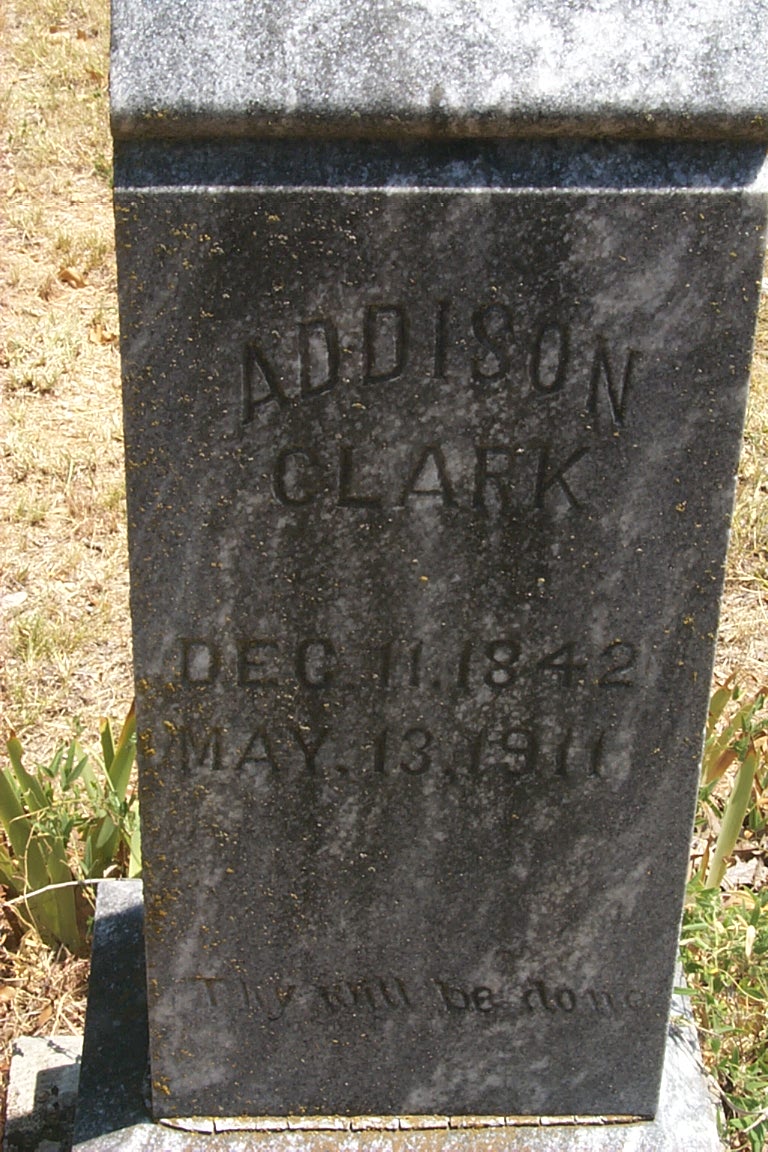