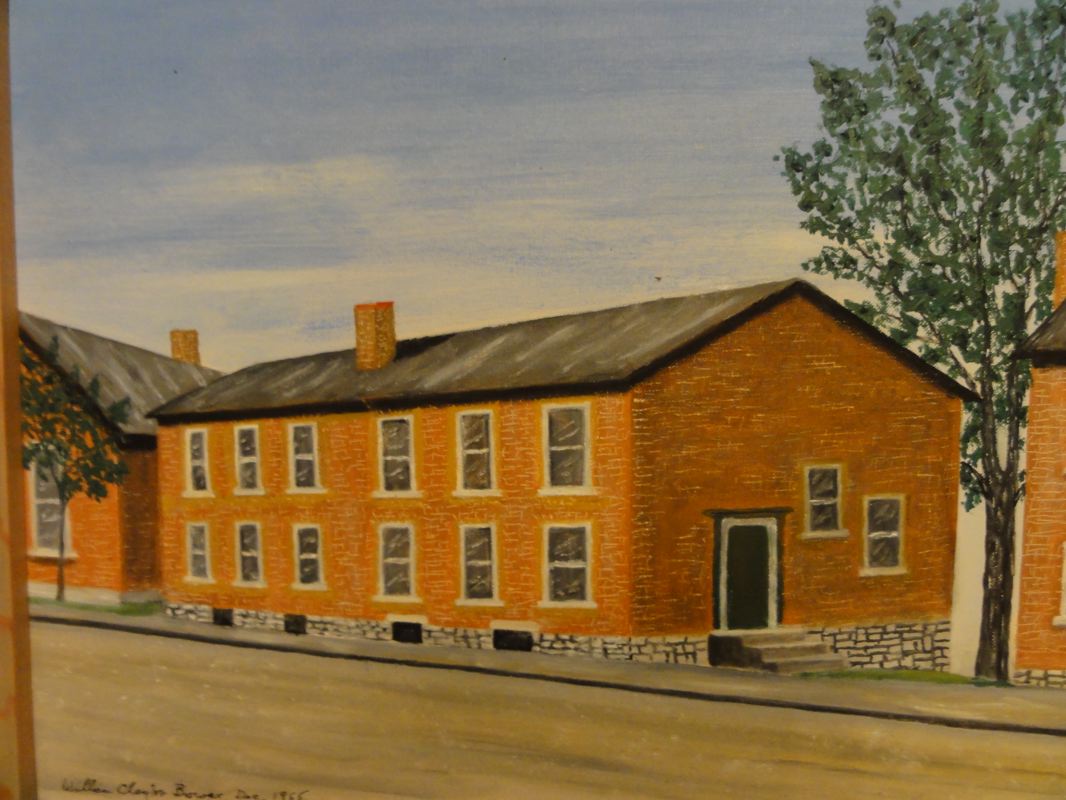 History Of The Hill Street Church

Probably the most unusual religious development at this time (during the early years of Lexington) was the emergence of the Christian Church in Lexington and surrounding areas. The Reverend Barton Stone, a former Presbyterian minister who had become the main figure in the 1801 Cane Ridge revival that blotted out denominational attachments and led to his separation from the Presbyterian fold, had been preaching in Lexington and throughout the central Bluegrass area. Stone settled in Lexington in 1815 and organized a group of adherents. At the same time, Alexander Campbell of western Virginia, preaching the same message but called his adherents Disciples of Christ, visited Lexington. Services were held in the houses of the members. As these two groups began to move closer together, they were joined by the group Dr. Fishback led out of the Mill Street Baptist Church, and they acquired a former cotton factory on Hill (High) Street to which to which they built an addition and dedicated it in 1831. Here a year later the Stone movement and the Campbell movement united to form the Christian Church (Disciples of Christ).

As the Hill Street Church prospered under the dynamic leadership of Dr. L.L. Pinkerton the congregation outgrew its facility, and built the Main Street Christian Church in 1842 on the south side of the street just west of the present Harrison Avenue viaduct. This impressive structure with its recessed portico and Doric columns was a familiar landmark on Main Street until it was razed in 1903. The congregation had moved in 1893 to its present building at the northeast corner of Walnut and Short streets, where once the Masonic Grand Lodge Hall had stood.

In November 1843, at the Main Street Christian Church, Henry Clay presided over a debate between the Reverend Nathan Rice, a Presbyterian minister from Paris, and Alexander Campbell, which lasted for several weeks and centered on the issues of baptism, the spirit of God, and human creeds. Arousing a great deal of community interest, the debated engendered more heat and division than light and reconciliation.

-Lexington Heart of the Bluegrass, page 65,66

Directions To The Location Of Hill Street Christian Church

From North Lexington, where I-75 unites with I-64, take exit 118, Hwy. 25, and go south into the city. It will dead end into Newtown Pike (Hwy. 922/25). Continue into the downtown area. Turn left on W. Main Street. When road divides into one-way road, you will find yourself on W. Vine St. Go two blocks and turn right on S. Mill St. Go one block and turn right on W. High Street. Immediately on your right will be a bank parking lot. This is the location of the Hill Street Church. Remember that Hill Street was changed to High Street. 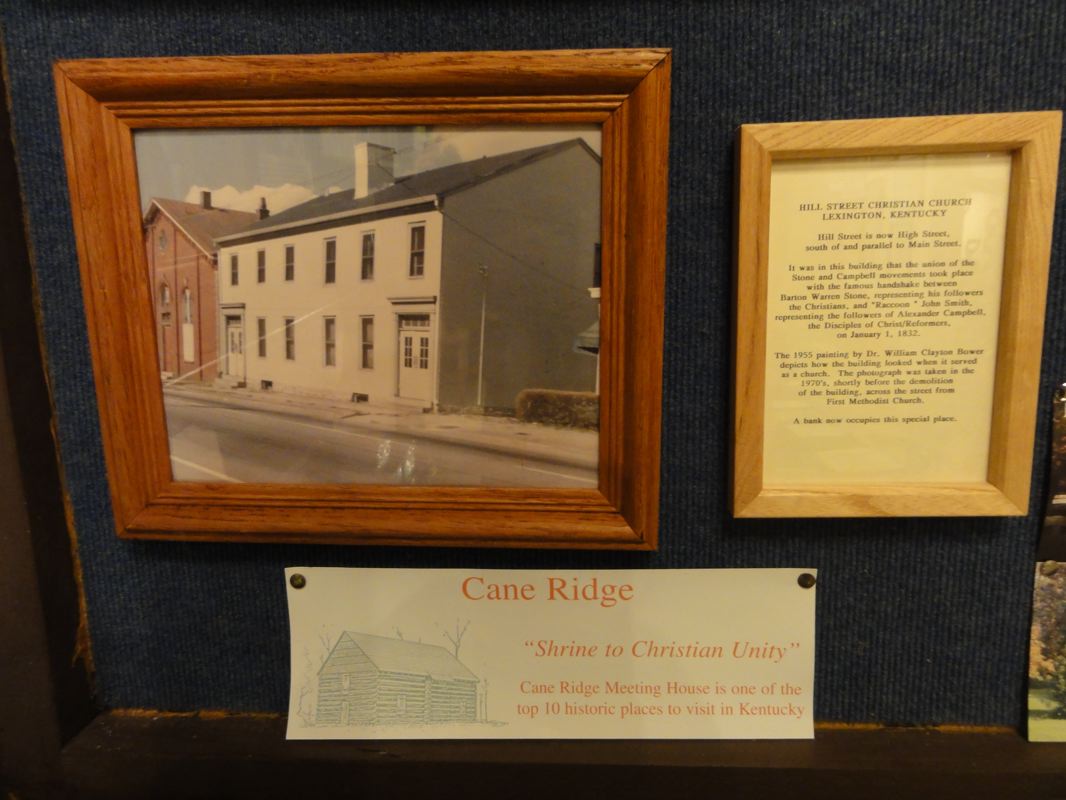 It was in this building that the union of the
Stone and Campbell movements took place
with the famous handshake between
Barton Warren Stone, representing his followers
the Christian, and "Raccoon" John Smith,
representing the followers of Alexander Campbell,
the Disciples of Christ/Reformers,
on January 1, 1832.

The 1955 painting by Dr. William Clayton Bower
depicts how the building looked when it served
as a church. The photograph was taken in the
1970's, shortly before the demolition
of the building, across the street from
First Methodist Church. 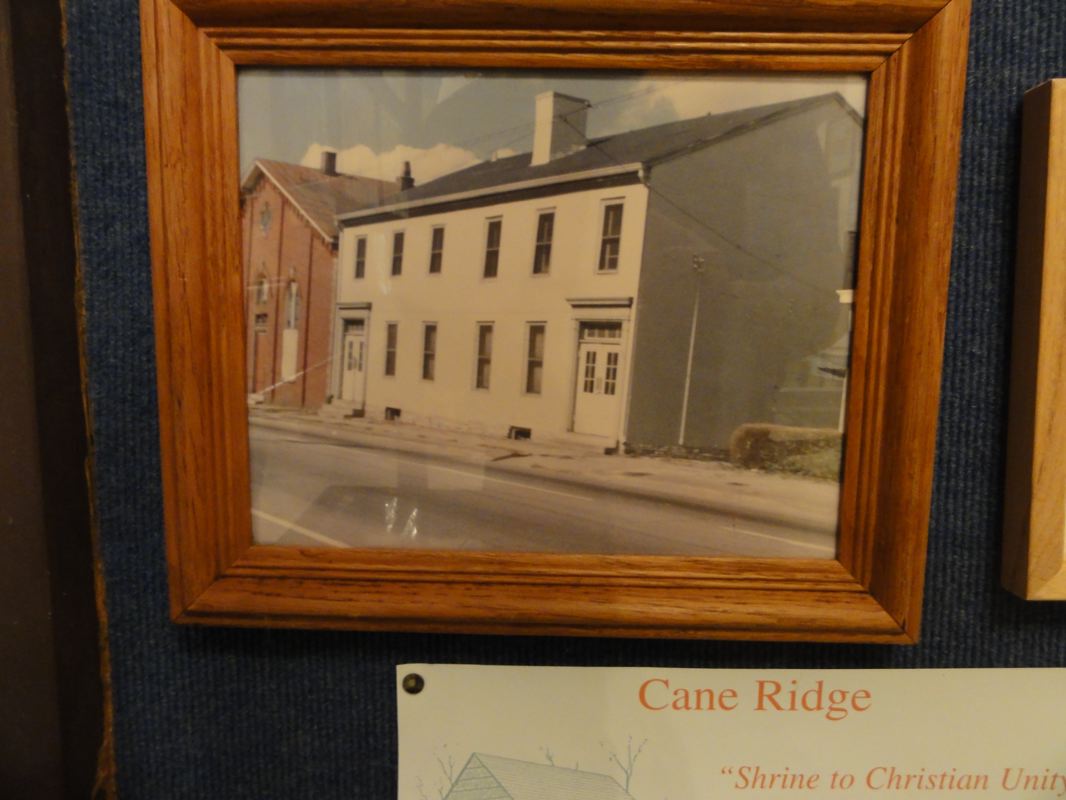 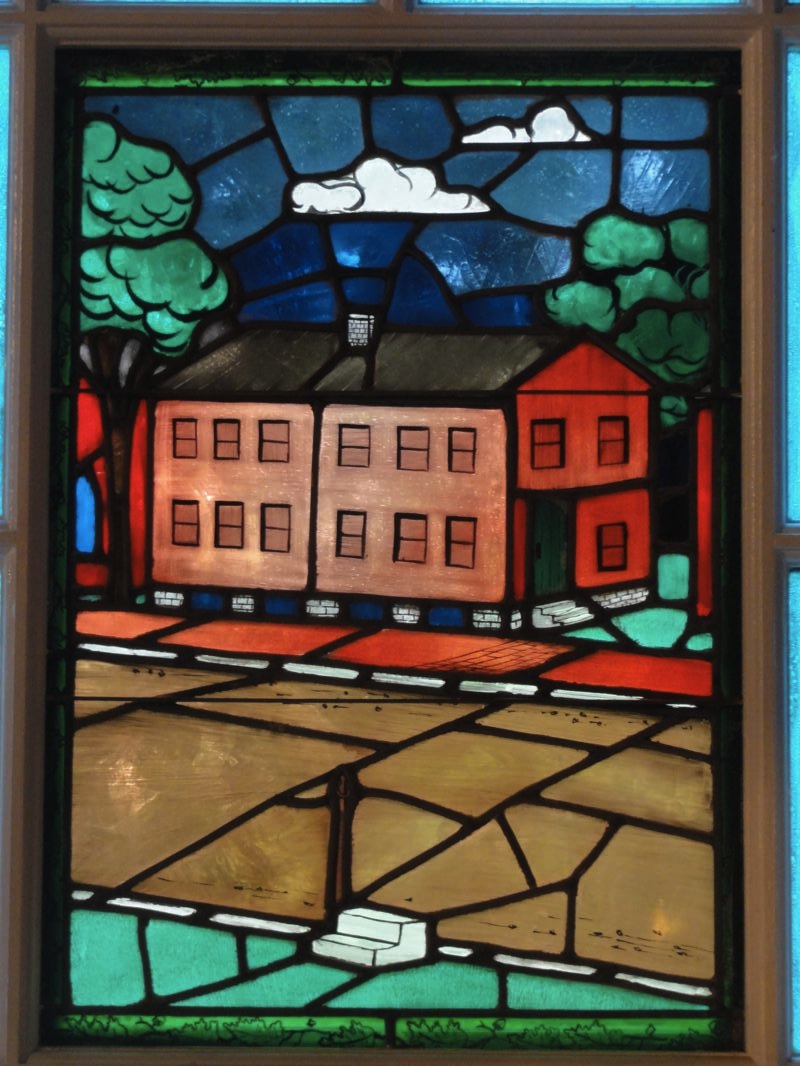 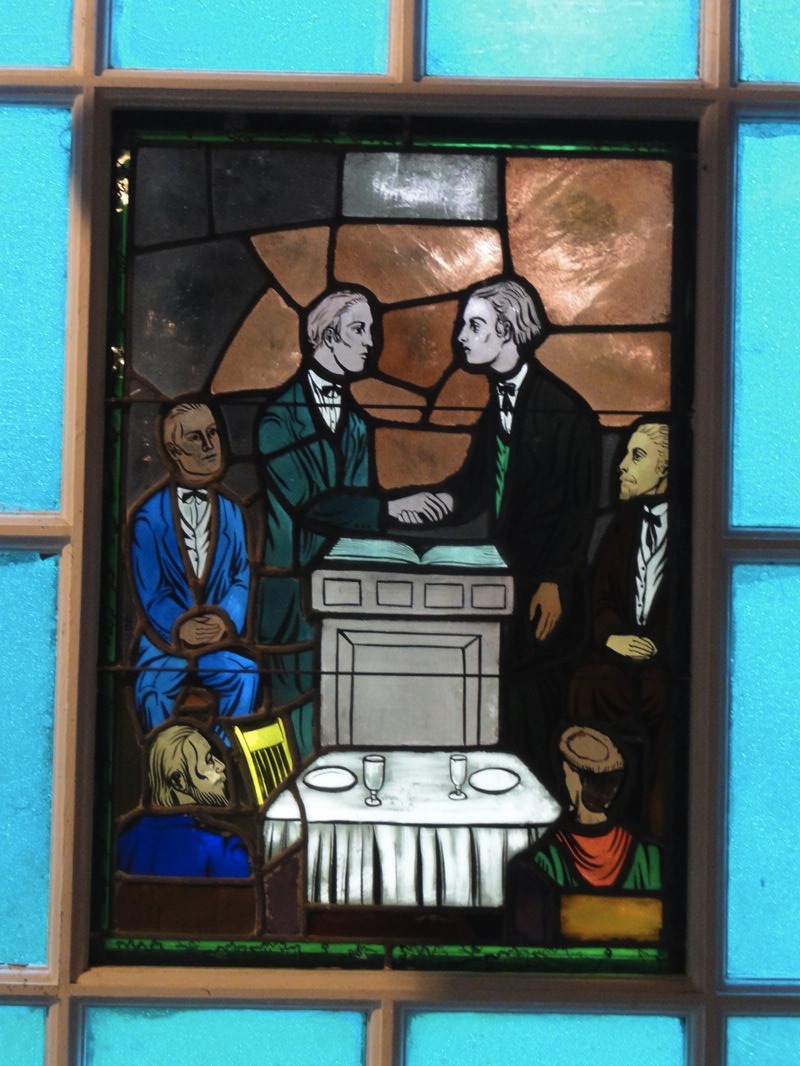 Special Thanks to Tom L. Childers and C. Wayne Kilpatrick for assisting your web editor in acquiring the photos you see on this page.
We made a restoration research trip to the area in May, 2011, making this site possible.